Tom's story: My mother fought for and won the choice of a peaceful death

Renate Morris was told time and time again that she would not qualify for an assisted death. But instead of accepting that her fate was out of her hands, she empowered herself and fought for what she knew was her Charter right. In this special blog post, her son Thomas and daughter-in-law Elaine write about her incredible journey towards the peaceful and dignified death she wanted.

After more than five years of fighting, my mum, Renate Morris, decided that the time had come to put a stop to the slow, cruel degeneration of her own body. With strength and certainty, of which my wife, Elaine, and I stood in awe, Mum advocated for — and won — the right to orchestrate her own death.

She accessed her right to a peaceful death this year on St. Patrick’s Day. I miss her every day. 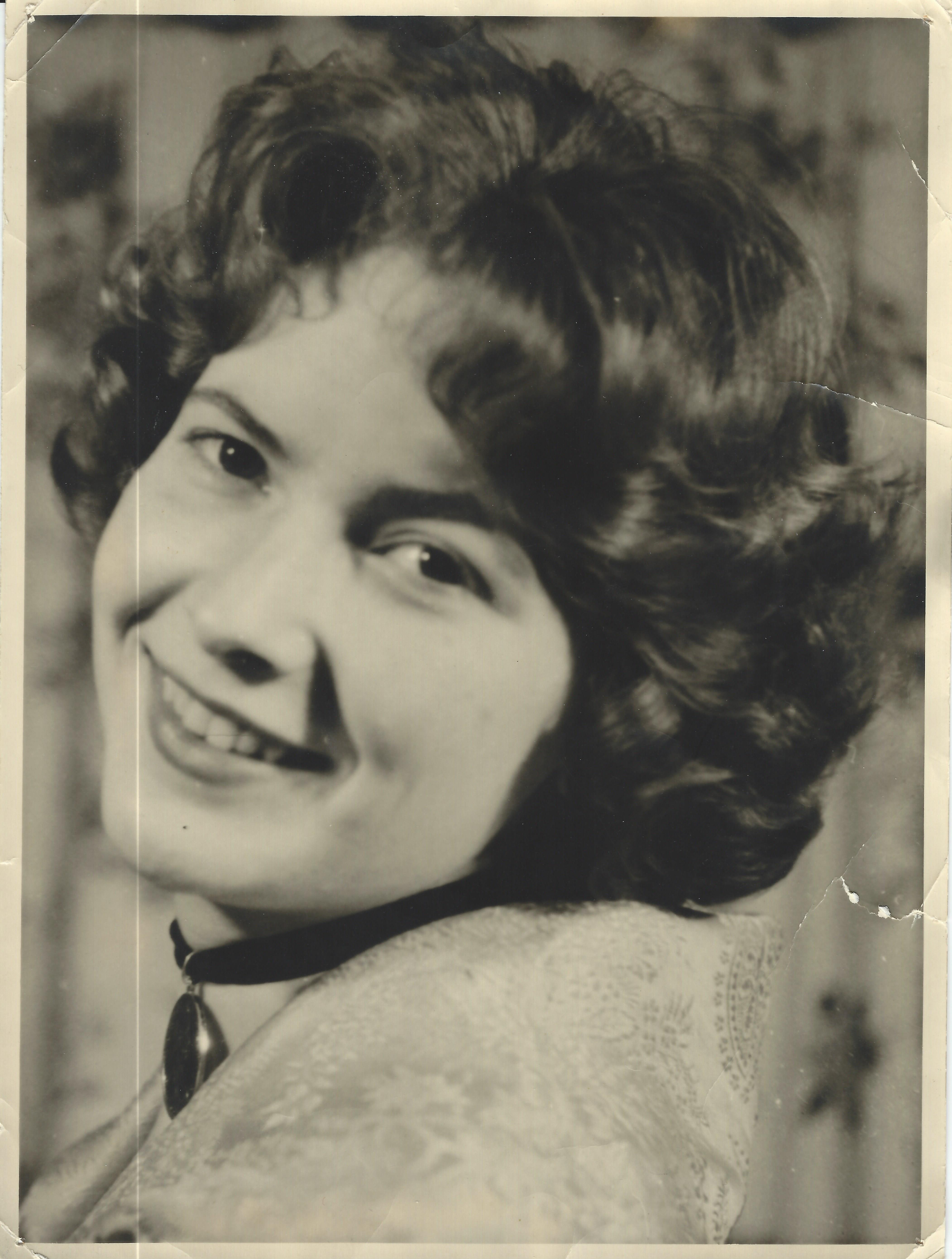 Renate Morris in her youth.

Mum was diagnosed with a degenerative neurological disorder several years ago. Nobody could properly diagnose it, but it behaved somewhat like Parkinson’s. Early on, Mum knew the path she was on, and decided that she did not wish to experience the pain and indignity of the final stages of her disorder.

Over the years, Mum gradually deteriorated, but she bravely endured specialist after specialist, scan after scan, until it became impossible for her to go anymore because she had broken both of her ankles and couldn’t get into my car or into her transfer wheelchair. Sadly, help was not available in Canada at the time.

When Mum realized what her diagnosis ultimately meant, she asked me to go to Switzerland with her when the time came that she couldn’t stand it anymore. Sadly, by the time she was ready to go, she was physically no longer capable of travel. I believe it is entirely inappropriate to force people into the position to decide when to end their lives based on their ability to travel rather than their readiness to die.

When the new law was passed, Mum lost all hope because her GP and some of the staff at the home interpreted “death as reasonably foreseeable” as meaning “imminent death.” Furthermore, because her home had never dealt with an assisted dying request before, they had no procedures in place. Her repeated requests for assisted dying fell on deaf ears as the GP consistently stated that she did not meet the criteria required by the law.

Eventually, my mum signed up to watch a Dying With Dignity Canada (DWDC) webinar, which outlined the process to get help. My wife watched the webinar with her, and at my mum’s request, got in touch with Nino Sekopet, DWDC’s Personal Support Program manager. Nino was professional and extremely helpful at every step along the way. He outlined the process and directed us to the appropriate forms, which Mum filled out and had witnessed. Nino answered our many questions and gave us the contact information for GTA MAID, an association of doctors who have signed up to assist people in fulfilling their desire to avoid unnecessary suffering. 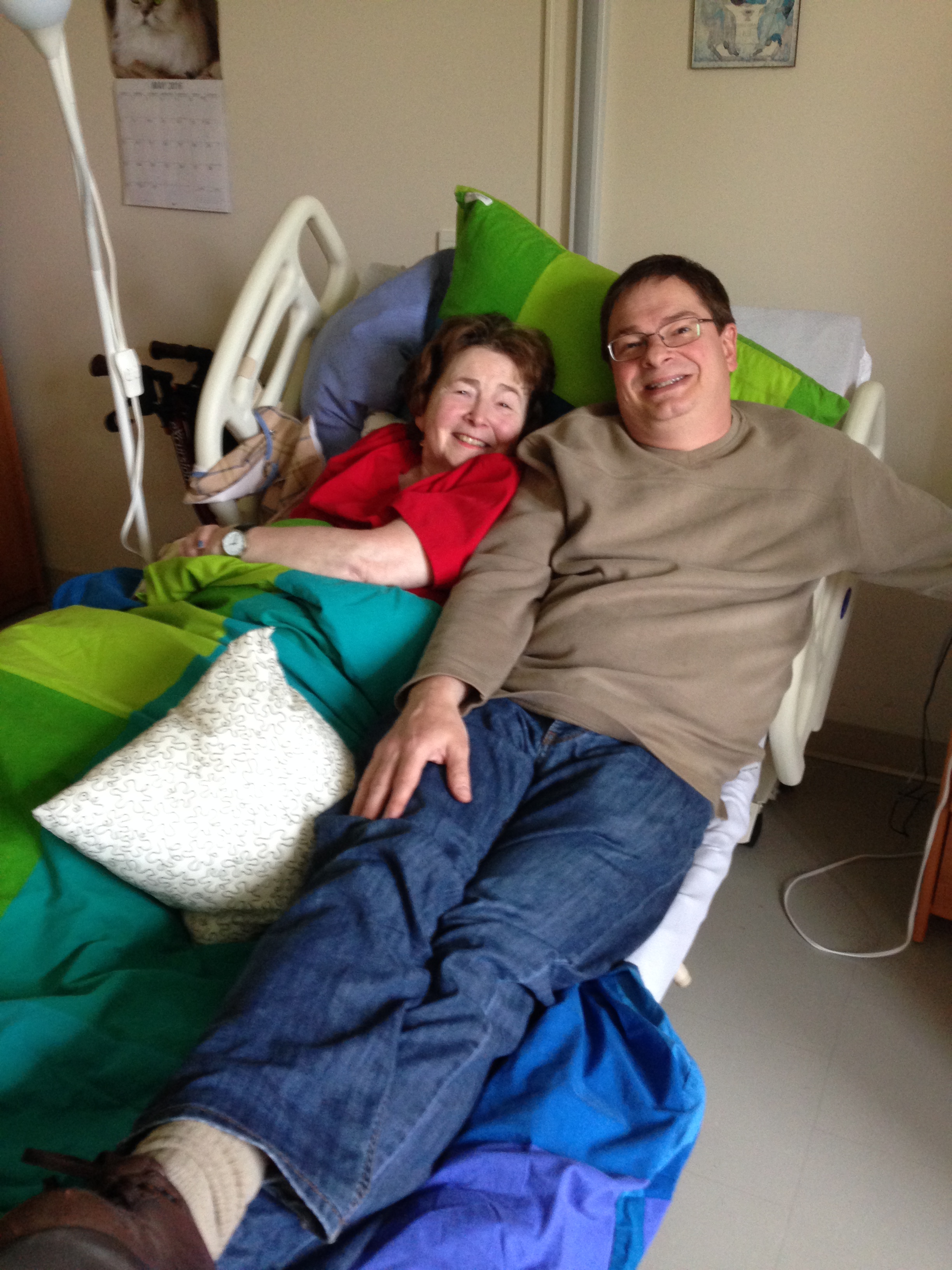 Mum filled out the GTA MAID online form, and within minutes, received a phone call. They asked preliminary questions to determine if, in general terms, she qualified for their help. Deciding that she did qualify for further assessment, they arranged for two doctors to come separately to mum’s home to interview her.

I was present for both interviews and can attest to the kindness and gentleness with which these two wonderful doctors treated my mum. The procedure was well explained on both occasions, and the thoroughness of Mum’s repeated informed consent protection was outlined, too. The doctors conducted very thorough reviews of my mum’s case, and independently assessed her to decide that she could indeed be helped. After this, one of the doctors visited my mum again to give her the news; to explain everything again; and, to arrange a date and time for the procedure.

Even before she learned she qualified for the procedure, Mum and I often talked about the emotional impact of her wishes. Ultimately, we decided that from her perspective it would be relief, and from my perspective it would be a mixture of relief and pain. Her passing would be incredibly painful for me. But then again, it would be incredibly painful no matter when it happened, and this way, I would be spared from having to watch her go through the hellish final months of her illness. This was very important to Mum because she hated to see us suffering, too. She was a very religious Christian woman and spent a lot of time working through the prohibition on suicide. Ultimately, she got there and made her peace.

There is a definite advantage to knowing the date of a person’s passing in advance. Instead of a wake afterwards, Mum decided she’d rather have a gathering of her friends in her room on the day before she passed. Sharing memories is a lot nicer with the person still present. However, it was disappointing to see how many friends refused to come because they could not reconcile themselves with Mum’s decision. On a happier note, though, I was able to spend the last day and night with Mum in her room. We had a lovely time together, and I will cherish that night for as long as I live. 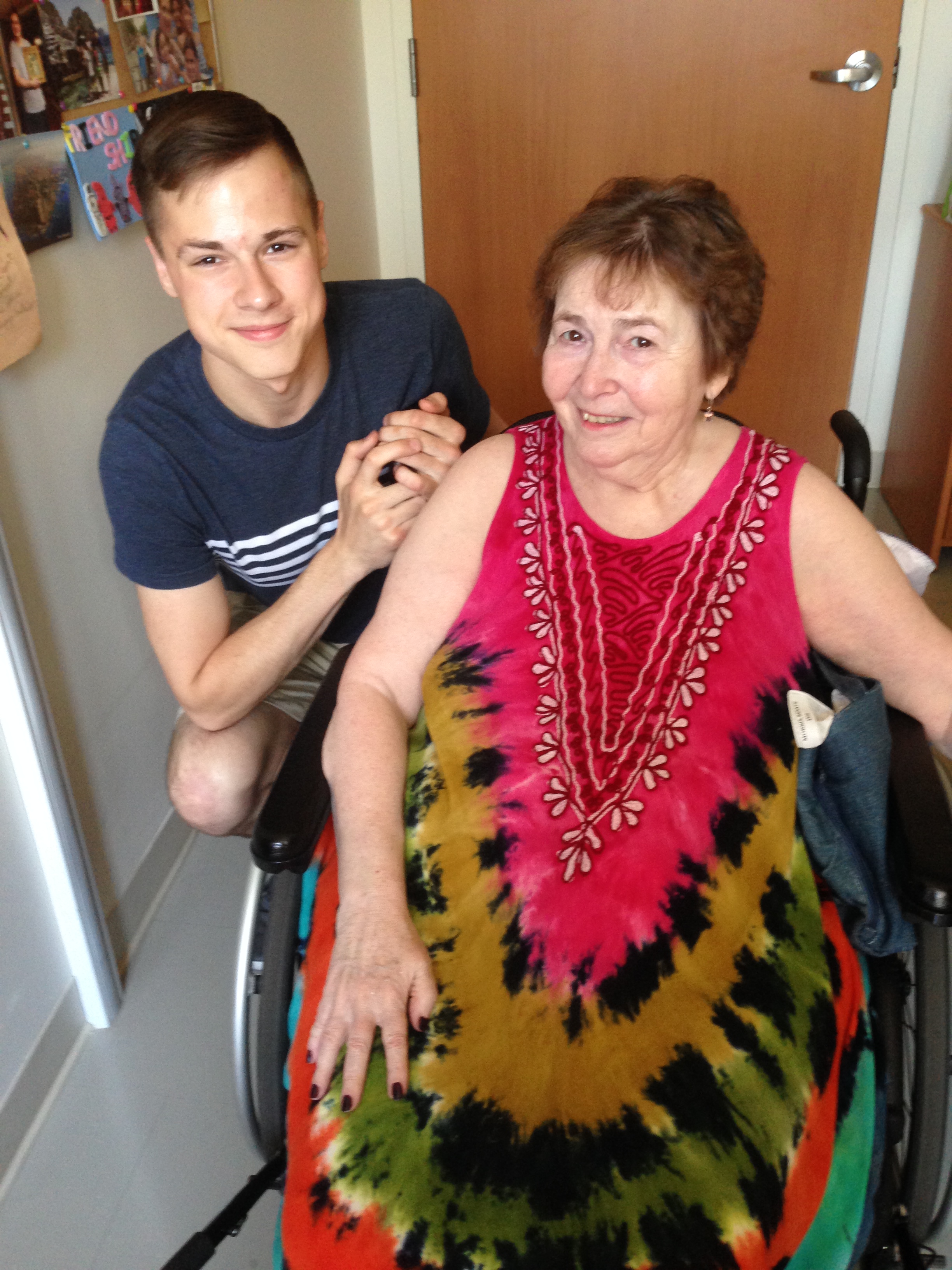 Thomas and Elaine's eldest, John, with his grandma Renate.

On the morning of her passing, my wife and sons joined us, along with a personal care worker who had become a true friend to my mum over the years. We had another nice visit and some breakfast with Mum, and our youngest son, Paul, sang her a song. (She never once missed one of Paul's recitals and this would be the last time he could sing for my mum.) At nine o’clock, the doctor joined us and began his preparations. He was unbelievably kind and respectful. After we all said our goodbyes, we held Mum’s hands, and the doctor asked her one more time if she was certain that she wanted to proceed.

The conviction and strength of her affirmative answer will ring in my ears for the rest of my life. The doctor then began to inject medications into her IV, and in less than five minutes, Mum was at rest. It was incredibly peaceful and dignified. I will be eternally grateful to the two doctors for the courage and love they displayed, and to Dying With Dignity Canada for supporting us with such compassion and respect along the way.

Dying With Dignity Canada extends a heartfelt thank you to Thomas and Elaine Eigl for sharing their story with us. We are grateful Renate was able to have the peaceful death she so desired.