Message from the CEO: The struggle for fair choice continues

After the disappointment that was Bill C-14, DWDC remains steadfast in its commitment to defending Canadians’ right to assisted dying, writes DWDC CEO Shanaaz Gokool.

As your new-ish CEO, I can honestly say that the past seven months have been transformational for me personally and for DWDC.

During the first half of 2016, we were focused on ensuring that new federal legislation would be compliant with the Carter decision and the Canadian Charter of Rights and Freedoms. To this end, we pulled out all the stops. We participated in the hearings of Parliament’s Special Joint Committee on Physician-Assisted Dying. We commissioned a poll probing Canadians’ attitudes on advance requests for assisted dying. I personally met with Justice Minister Jody Wilson-Raybould and Health Minister Jane Philpott and with numerous MPs, senators and government staffers. We engaged thousands of our supporters to write impassioned letters to their representatives in Parliament.

No stone was left unturned. It just wasn’t enough.

While we did not get the federal legislation we wanted, our combined voices put the government on notice. Our criticisms of Bill C-14 are reflected in Lamb v. Canada, the first court challenge to the new assisted dying law.

More than just your right to assisted dying on the line

As we prepare to rise to the new challenges presented to us by the passage of Bill C-14, our advocacy role continues to evolve. Yes, we are standing firm in our mission to ensure that Canada's assisted dying laws reflect the letter and the intention of the Supreme Court’s Carter ruling. That hasn’t changed. But our position places us at the vanguard of a larger struggle, one that should concern anyone who cares about the Supreme Court’s role in ensuring that Canadians’ human rights are respected. Let me explain. 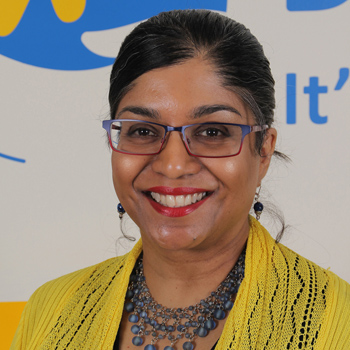 During the 2015 federal election campaign, the Liberals issued a policy statement heralding that a Trudeau government would “make recommendations for a legislative framework [for assisted dying] that respects the Constitution, the Charter of Rights and Freedoms, and the priorities of Canadians.” But by ramming Bill C-14, with its unconstitutional eligibility criteria, through Parliament, the government broke its promise to uphold Canadians’ Charter rights.

That was egregious enough, but the government appears to be taking its assault on the Charter a step further. In their response to the plaintiffs’ initial filing in Lamb v. Canada, federal lawyers argue that many of the most significant findings in the Carter case applied to the late Gloria Taylor and, as a result, they either aren’t relevant in the Lamb challenge or no longer hold true today. This dizzying logic is hard to follow, but it makes one thing eminently clear: government brass don’t believe that Canadians’ should have a right to assisted dying — at least not one that is broader in scope than Bill C-14 — and want to, in effect, re-litigate Carter to get the result they desire.

If government leaders are ultimately successful in putting the proverbial genie back in the bottle, who’s to say future governments couldn’t do the same with other rights that have been granted as the result of a successful Charter challenge? I don’t expect Ottawa’s current gambit to work, but even attempting it sets a grim precedent for our democracy.

So by fighting to protect Canadians’ hard-won right to assisted dying, our movement finds itself on the front lines of a battle for all rights that have been derived from the Charter. Indeed, it’s a responsibility that all of us at DWDC take very seriously. We know full well what’s at stake, and we refuse to give up.