The Other Vulnerable Population 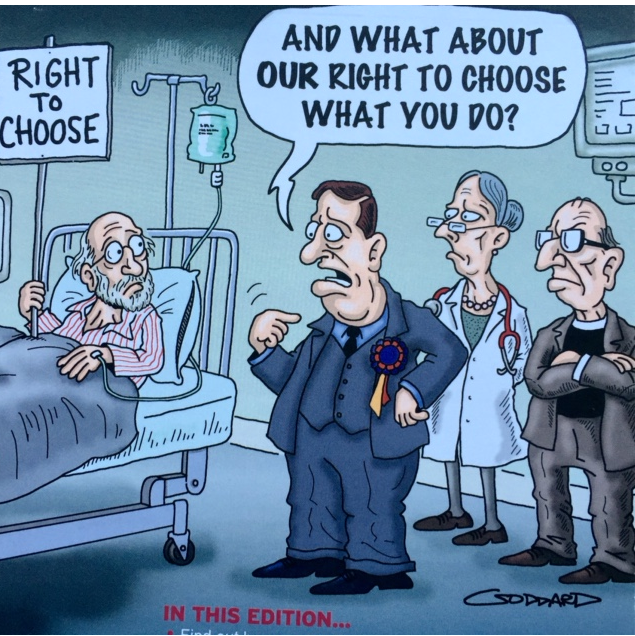 Last week the government announced the membership of the panel that will conduct the public consultation on Physician Assisted Dying. One of the questions they will have to answer are the very real concerns around how to protect vulnerable populations.

People are classed as vulnerable when they are in a position of weakness relative to some other group who can wield power over them.

In protecting the vulnerable it is vital that they include both major categories of vulnerable populations.

The two categories I refer to are, on the one hand, those who are often broadly grouped as Persons with Disabilities and who might be persuaded by others to die against their will, or who may not be able to express their wishes and who may fall victim to others who decide for them. These people are vulnerable to power wielded over them by other individuals. Society must protect them. This has been the function of many laws over many years, and is an important part of the fabric of what we think of as civilized society. The vulnerability of these people is well understood.

The issues of the second group are less often recognized.

The other category of vulnerable people are those who have no disability. These people are the vast majority of the population. These are people who are intelligent, able, capable adults. If they find themselves, for whatever reason, in a position of intolerable and irremediable suffering and they are desperately seeking assistance to die, they are vulnerable to the restrictive powers of Governments who deny them the freedom and possibility of a peaceful release, and instead will make them suffer.

Many years ago Canadian laws recognized that it was no longer illegal for me to commit suicide. In Canada today there are few restrictions on gun ownership, and none on the ownership of ropes. I am currently capable of ending my own life if, as an adult, I decide to do so.  But if I am suffering and modern medicine cannot help me, should I be made to continue suffering against my will? Should I be restricted to the gun or the rope as my only way out? If I cannot manage to kill myself should I be denied any alternatives when such alternatives are available? Because the history of our Governments, our Churches, and our society up to now has made people like this suffer. It has exploited their vulnerability. They have been a silent vulnerable population. They have been made vulnerable to the powers of governments that have written laws that have ensured they suffer.

They also need protection. And recognizing their vulnerability and enabling their freedom to decide for themselves should also be part of the fabric of a civilized society.

-  Dr. David Robertson is an administrator at Vancouver Island health Authority, an anesthesiologist and the co-chair of Dying With Dignity Canada’s Physicians Advisory Council.