Six months that changed everything

The first half of 2016 opened up new doors for Dying With Dignity Canada, giving us a preview of the exciting next phase of our work.

At the beginning of this year, Canada’s healthcare system entered uncharted legal territory.

From February until June 6, critically ill people could apply for a judge’s permission to end their lives with the help of a doctor, even though the criminal law banning assisted dying remained temporarily in place.

Suffering Canadians looking to access aid in dying found themselves in an unprecedented legal limbo. Final relief was now technically available, but one needed to jump through towering judicial and administrative hoops to get it. Worse still, governments and healthcare institutions were unprepared, and in many cases unwilling, to help patients realize their wishes.

Though our hands were full pushing for assisted dying laws that honour the Supreme Court’s decision in Carter v. Canada, we could not ignore the calls of patients, families and healthcare providers who needed our help then and there. We felt we had no choice but to act.

As winter turned to spring, Dying With Dignity Canada emerged not only as a formidable agent of change, but also as a rock for Canadians looking to exercise their legal right to assisted dying. In the process, we caught an unexpected glimpse into the future of our work in ensuring fair access to medical assistance in dying in the post-Bill C-14 era. Our greatest opportunities to serve, we ultimately learned, still lay ahead.

The first half of 2016 would have played out much differently had the Supreme Court not agreed in January to delay the implementation of its decision in Carter v. Canada. The ruling, which struck down the Criminal Code ban on assisted dying, was originally set to come into effect on Feb. 6, 2016. But after the federal government requested more time, the high court granted a four-month extension. In the meantime, the court allowed patients, those who couldn’t wait until June, to apply to their respective provincial or territorial superior courts for access to physician-assisted dying.

Despite our disappointment about the delay, the interim period presented us with exciting new opportunities to expand our reach. It propelled DWDC to collaborate with a host of inspirational people working to provide Canadians real choice at end of life. Virtually overnight, we found ourselves at the centre of an ad hoc network of doctors, lawyers and other advocates trying to fill in the gaps left by public officials.

One new ally who’s changed the face of our movement is Vancouver’s Dr. Ellen Wiebe, the first Canadian doctor outside Quebec to perform a legal assisted death. Dr. Wiebe had reached out to Dying With Dignity Canada in the fall, while she was making preparations to include assisted dying as part of her practice. She informed us of her plans and consulted us on how we could support her efforts to raise awareness in the media. 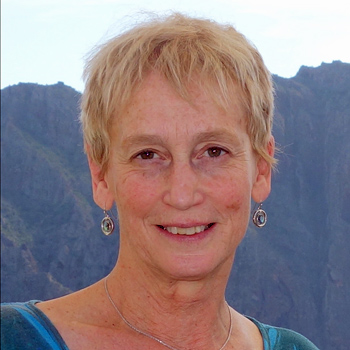 But it wasn’t until the interim period that our partnership truly picked up steam. We worked alongside organizations like the BC Civil Liberties Association to support patients and families who wanted to contact Dr. Wiebe. We also put her in touch with journalists looking to share her story, giving her a platform to communicate with patients and medical practitioners who were desperate for information on assisted dying.

“My role was to serve patients and support doctors,” she says. “What I needed help with is getting the message out to patients on where to get help and to physicians on where they could get training.”

In fact, Dr. Wiebe’s expertise, her experience teaching medical students and her commitment to the cause made her the perfect candidate to educate Canadian doctors on the ins and outs of providing assisted dying. On March 23, more than 20 doctors from across the country participated in an online training session led by Dr. Wiebe and organized by Dying With Dignity Canada — likely the first session of its kind to be held in English Canada. Since then, she has shared her expertise in three more webinars and delivered an in-person presentation to Ontario doctors on the weekend of DWDC's Annual General Meeting in May.

These efforts laid the groundwork for what is now a growing peer-support network of doctors who are committed to making medical assistance in dying available in their communities. In the early days after the legalization of assisted dying, these courageous physicians compare notes on best practices and listen to each other as they process the difficult emotions that sometimes result from helping a suffering patient end his or her own life.

Impact on our advocacy

Given the gaps that remain in the system, the need among patients and doctors for our support programs will persist. However, this work will not crowd out our advocacy efforts any time soon. Because Bill C-14 denies rightful access to assisted dying to those Canadians who are grievously ill but whose deaths are not “reasonably foreseeable,” we must continue to fight for rules that are constitutional and that reflect the letter and the intention of the Supreme Court’s decision in Carter v. Canada.

Moreover, the interim period revealed to us just how much these two key aspects of our work — our support services and our advocacy efforts — complement and inform each other, says DWDC CEO Shanaaz Gokool.

“If our advocacy is about breaking down barriers, then our work with Canadians and their doctors tells us which barriers still need to be broken down.”