The Quebec case is poised to be a major test of Bill C-14’s controversial "reasonably foreseeable" requirement.

We learned in late September that Justice Christine Baudouin, of the Superior Court of Quebec, had accepted our application to serve as an official intervener in support of the two plaintiffs in the case. Nicole Gladu, 72, and Jean Truchon, 50, suffer from severe, chronic medical conditions and wish to exercise their right to a peaceful death. However, they have been denied access because they do not satisfy certain controversial eligibility criteria laid out in Bill C-14 and in Bill 52, Quebec’s provincial assisted dying law.

“We are pleased to be granted the opportunity to speak out against unfair, unconstitutional rules that deprive suffering Canadians of their hard-won right to medical assistance in dying,” said DWDC CEO Shanaaz Gokool. “We also recognize the courage of Ms. Gladu and Mr. Truchon, who, by going to court to advocate for their own rights, are defending choice for the rest of us.” 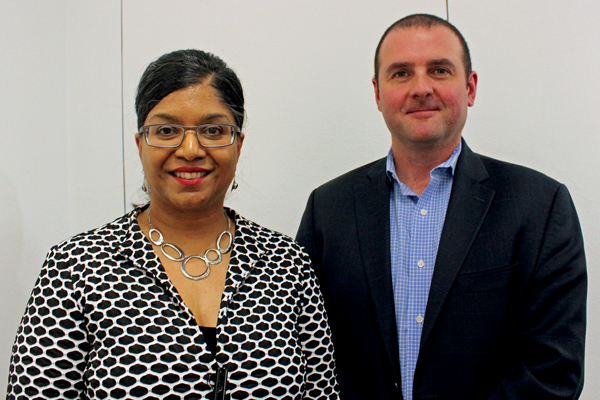 Both residents of Montreal, Gladu and Truchon each live with serious and debilitating health conditions that cause enduring and intolerable suffering. According to court documents, their medical conditions render them eligible to access medical assistance in dying (MAID) under the rules laid out in the 2015 Supreme Court decision in Carter v. Canada. The unanimous court ruling established MAID as a right for competent individuals who are suffering intolerably from a “grievous and irremediable medical condition” and who clearly consent to the termination of life.

However, Bill C-14 restricts MAID eligibility further. Only those Canadians whose natural deaths are “reasonably foreseeable” may access their right to a peaceful death — a provision that has drawn fire from constitutional scholars and human-rights advocates, including our organization.

“Canadians who qualify under the rules set out in Carter have a right to choice,” Gokool said. “They should not have to live in a state of intolerable suffering — against their will, for years or even decades — because of this unconstitutional rule.”

Gladu and Truchon launched their court challenge in June, one year after Bill C-14 was passed in Parliament. In addition to taking aim at unconstitutional rules in Bill C-14, the applicants are also challenging criteria in Quebec’s assisted dying law, which limits MAID access to patients who are terminally ill.

Gladu survived a childhood bout with polio, but has lived with post-polio syndrome for the past 30 years. The condition gradually led to a spate of health problems and the deterioration of her quality of life.

“Each breath has become for me a conscious effort which consumes three-quarters of my waning energy,” she said in a June statement.

Truchon was born with cerebral palsy and said he lived a fulfilling and independent life until 2012, when he lost the use of his one functioning limb, his left arm.

At a press conference in June, Truchon told reporters he no longer recognizes the man he once was. “A life in institutions is not for me,” he said in a statement read by an assistant. “I’ve tasted what living for myself is like and since I’ve lost that, the daily pleasures of living are not enough anymore.”

The Quebec case is one of two high-profile court challenges to elements of Bill C-14. The other case, Lamb v. Canada, was launched in B.C. in June 2016, less than two weeks after the bill received Royal Assent.

Advocates have charged that the federal government is trying to slow down the court process and is effectively pushing to re-litigate the issues that were considered in the Supreme Court’s Carter decision.

In Quebec, the government has asked for the judge to hear from 12 “expert witnesses” who, if they are allowed to testify, are expected to argue that Bill C-14’s restrictive eligibility criteria are necessary to protect vulnerable Canadians from abuse or coercion.

In the B.C. case, a judge recently granted government lawyers’ request to contest some of the findings that led the Supreme Court to decriminalize MAID in the first place.

The government’s legal strategy is in fact harming suffering vulnerable Canadians who qualify under the Carter decision and who want to exercise their right to a peaceful death, said Jean-Pierre Ménard, the lawyer representing Gladu and Truchon.

“We’re saying that federal and provincial laws have taken away the rights of our clients, rights that were granted in Carter,” Ménard told Radio-Canada at the end of August.

At the time of writing, Baudouin had not announced whether she would allow the government witnesses to provide testimony.

“Dying With Dignity Canada is calling for Ms. Gladu and Mr. Truchon’s rights to be restored as quickly as possible,” Gokool said. “They have been made to suffer for far too long.”