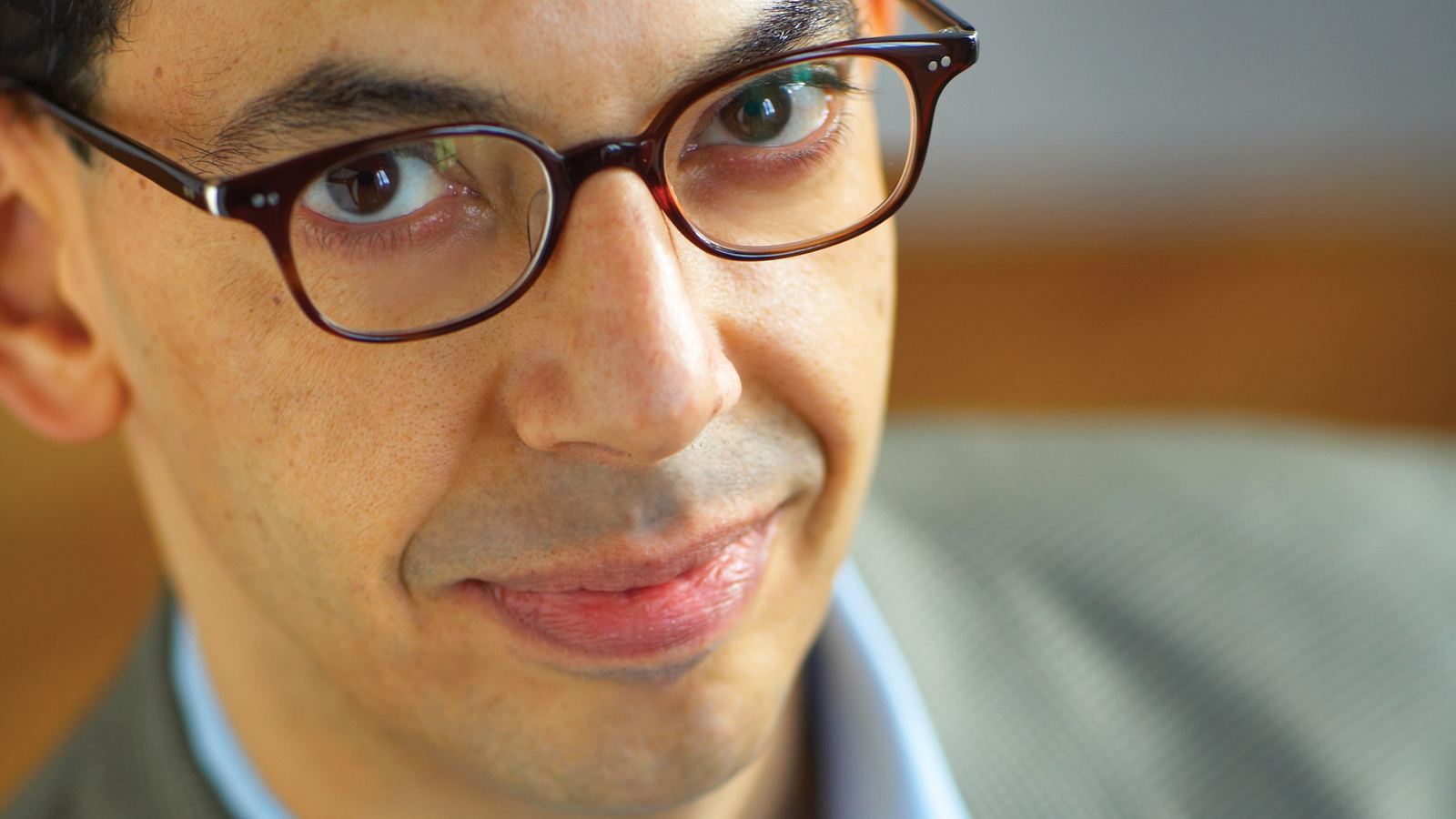 What does it mean to have a rich life? Nagui Morcos considered that he had a rich life: a life full of music, fine food and wine, chocolate and cheese, theatre, fashion, dance, motorcycles, travel, laughter, a good education and a rewarding career (including the company of a giant cow named Beulah), volunteerism, patriotism, the love and support of friends and family, and a passionate love affair with his wife, Jan Crowley.

Most people would readily agree that these wonderful things are all markers of a "rich life," but what is most remarkable about Nagui, and a true indication of his endlessly positive spirit, is that he considered his life to be rich, despite living for 18 years with Huntington’s Disease, a devastating, terminal, neurodegenerative disease that had taken the life of his father, Fouad.

Nagui and his brothers, Sam and Chak, witnessed the loss of their father to Huntington’s, changing from a vibrant university professor and loving father to a shell with a vacant stare, tied down in a hospital bed in constant pain. When Nagui learned that he, too, had Huntington’s disease, he knew he did not want the same end for himself or his loved ones.

One friend described Nagui as a man with a "strong sense of the right thing to do." This is borne out in many aspects of Nagui’s life, including his (and Jan’s) unselfish decision not to have children when they found out that he had Huntington's Disease because of the risk of passing on the disease genetically. Neither of Nagui's brothers carried the Huntington's gene, but instead of feeling resentful as some people might, Nagui was genuinely happy for his brothers and was comforted in the knowledge that the disease in their family would end with him. He also took great pleasure in his brothers' children and became for them a fun, loving, big-hearted and fierce-hugging favourite uncle.

Nagui demonstrated his sense of "doing right," most poignantly with his brave decision to hasten his death once the effects of his terrible disease became marked (his condition steadily worsened the last eight years of his life). He wanted to die with dignity, yes. But even more so, Nagui wanted to spare his friends and family, his mother Gamila, and his "dearest Jan" the anguish of seeing him go through the inevitable trauma associated with the end stages of Huntington’s disease. 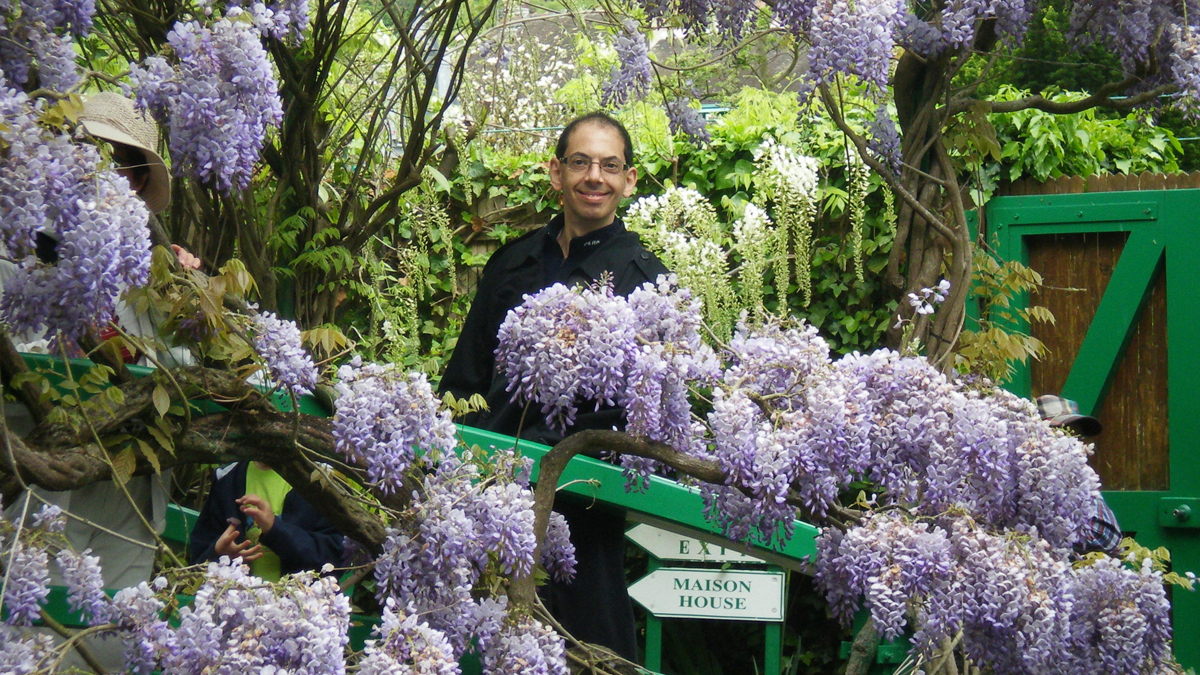 Nagui Morcos visiting the gardens at Giverny in France in 2009.

Nagui could have proceeded with his decision to end his life quietly and privately. But instead, his generous spirit and deep conviction about the right to die with dignity led him to make his very personal decision publicly known. Nagui became a compelling and passionate volunteer with Dying With Dignity Canada and he participated in a riveting CBC White Coat/Black Art series called "Will to Die" inspired many and arguably helped to reopen the debate about legalizing assisted death in Canada. Nagui had such an engaging personality and made his case so persuasively that CBC host Dr. Brian Goldman said: "As we restart the conversation on assisted death here in Canada, I am certain I will keep hearing Nagui’s voice inside my head, gently challenging me to think again about this most important of subjects."

On the eve of Earth Day 2012, Nagui and Jan had one last evening together, listening to their favourite music, drinking champagne and saying their loving goodbyes. The next day, Nagui took his own life, in the company of Meg Westley of DWD Canada. Jan waited in a nearby room, as Nagui and she had agreed, in order to reduce the chance that she could be implicated in his death. In his final letter, Nagui summed up his dilemma: "In deciding the timing for hastening my death, and to stay within the current laws, I had to do this myself and couldn’t get any help. It was a precarious balance between doing it too early and missing out on my rich life, and doing it too late when I was no longer capable."

So what is a rich life? Nagui's was by his own testament and he has undoubtedly made richer the lives of all of those who had the privilege of knowing him or to hear his moving story. His final request was for his family and friends to take up the torch to change things so that others will have more choice than he did.

Here's a longer excerpt from his letter:

By the time you hear this message, I will have hastened my death. I did this of my own free will and no one put any pressure on me. I have known for 18 years that I carried the Huntington gene, I have been symptomatic for eight years and my symptoms have progressed significantly during the past year. I have had a lot of time to think this through.

In deciding on the timing for hastening my death, and to stay within the current laws, I had to do this myself and couldn’t get any help. It was a precarious balance between doing it too early and missing out on my rich life, and doing it too late when I was no longer capable.

If you are asking yourself was I suicidal? Absolutely not. I loved my life. I wish I could go on but I can’t. I am truly sorry for any grief that this causes you.

For people like me, who are terminally ill or have an incurable progressive disease and are steadfast in their resolve to hasten their death, nothing that anyone could say or do would make a difference. This issue will never go away — people like me will continue to hasten our death somehow. You must let us go.