Monica’s mother, Laura Jones, chose to access medical assistance in dying (MAID) on January 24, 2019 at her home in Saskatoon. She was 99. This two-part story, shared by Monica, aims to help improve the experience of accessing MAID for others in the future. If you haven’t read Part 1 or Part 2, please read them now to catch up.

During these three weeks, I slept in a makeshift bed in the room across the hall from Laura. The doors to both rooms were left open. As soon as she awoke, I was up with her, preparing her coffee and breakfast. Most mornings I helped her up and into the bathroom, directly across the hall from her room.

She wasn’t always getting a good sleep. She had a sore on one of her ankles. Kevin wrapped it with padding every night before bed and I helped position a cushion under her leg.

She decided to try marijuana to try to sleep better. Marlon, another nephew, made oil and then brownies with the oil. She ate several brownies the first night. About one in the morning she called out to me. “Monica!” I rushed into her room. “Get that cat off my leg,” she ordered. I said there was no cat. She said I had just missed it, it ran out. The next morning Kevin confirmed that, as per usual, the two cats had been downstairs in the basement behind a closed door. It was agreed that she should consume fewer brownies.

The number of visitors tailed off after Monday of the last week. This was by design. Tuesday, the 22nd, as we were getting ready for the day, I noticed how exhausted and faraway she looked. “You’re impatient, aren’t you?” I said. She looked at me and nodded. 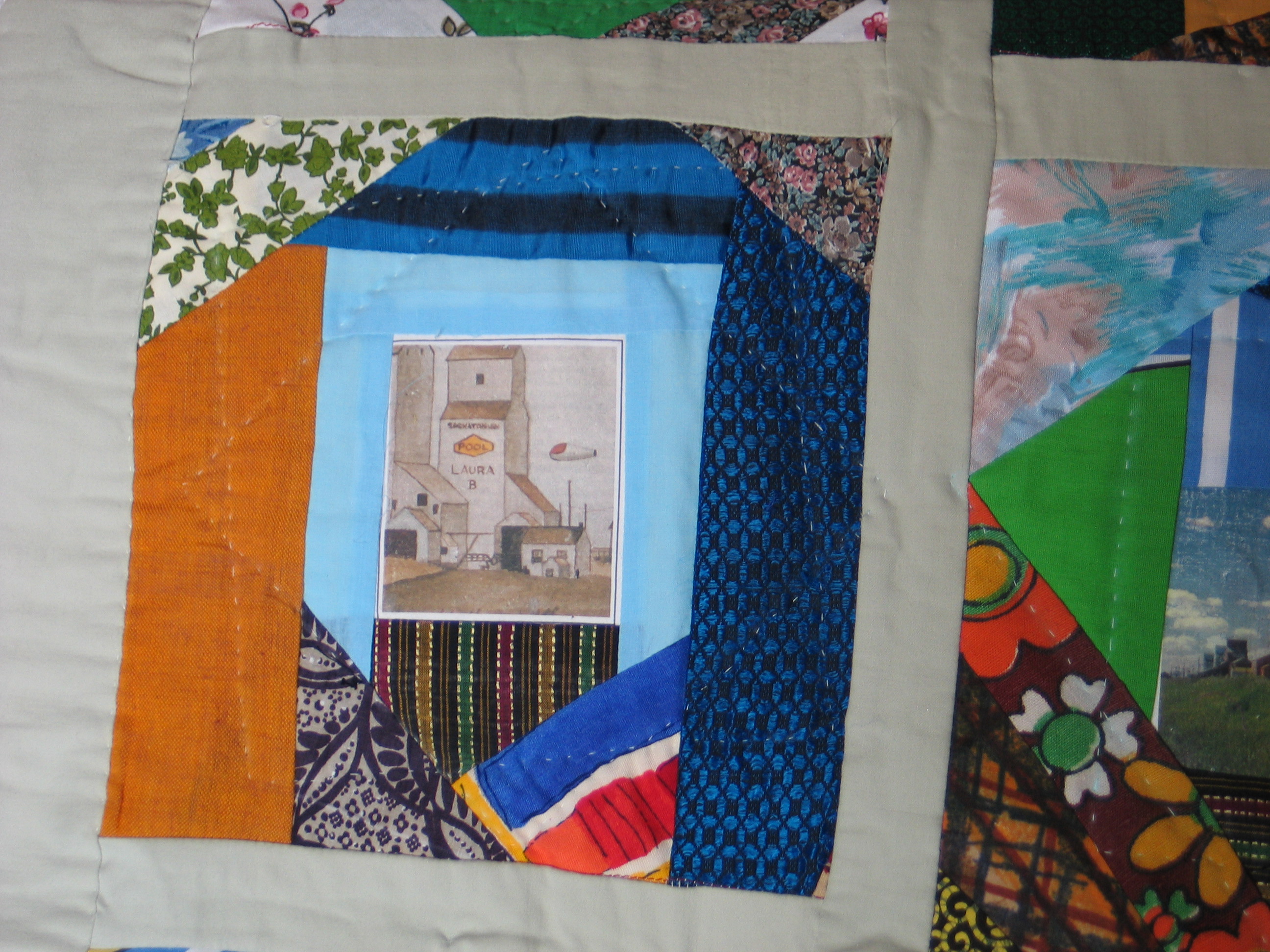 A quilt detail from Laura’s quilt, inspired by the play “The Pull of the Land,” co-authored and produced by friend Beth Robertson.

January 24 came. The doctors were wonderful. They consulted privately with Mom, confirming her wishes. During this time they prepared the IV in her arm. Then we were all invited back into the room while the doctors left the room.

We all said our good-byes. Don remembers the momentary confusion that came next. Mom had not heard the doctors who told her to call them when she was ready. Don told Mom it was up to her to call the doctors back. Mom said, “Well, get them in here.” She was given one injection to put her to sleep, and then a second large injection that stopped her heart.

Roberta was there again to help us and to deal directly with the funeral people in Saskatoon.

Our mother died peacefully and serenely in her recliner late in the afternoon of January 24. Gathered with her were her four daughters and the two sons of her late eldest daughter. We had a small ceremony before her body was taken away. Don set up an altar and we sang and all had the opportunity to speak.

During the three weeks leading up to January 24, when family and friends came to visit Laura, we found ourselves in uncharted territory. We were preparing for the loss of our mother. But we were also greeting and consoling and providing refreshments for all the visitors. Thankfully, we were looking out for one another. Other close friends took note, as well. The casseroles and baking that “normally” arrive at the door after a death started to arrive while we were in the midst of this living wake.

When the bather from Home Care came Tuesday for her last bath, it was very emotional. She arrived not knowing that Laura had decided on MAID. We had informed Home Care that it would be the last bath but that information was not passed on to the bather. Again, we were in the position of consoling the bather, who was bereft.

For myself, I can say I was on automatic pilot, trying to do whatever it took to support my mother in carrying out her wish.

All in all, we are proud of the way we were there to support our mother. Every step of the way we provided her with as much information as we could and outlined the options before her. She decided that she would investigate MAID and decided to apply. She wanted to see people in her final weeks and we facilitated that. She wanted to stay in her home and we made that possible. She decided on the date her MAID would be carried out. She decided to start taking Dilantin again.

In the difficult moments, and there were many, we reminded ourselves that it was our mother Laura’s life and the decisions were hers to make.

Mary Lou adds, “Although I was not too keen for it at first, I appreciated the time spent together after Laura’s body had been taken away. The ceremony gave me time to gather myself, before heading over to the supper with everyone that was prepared at our house.”

I hope this documentation of our experience is useful for other families who find themselves in a similar situation.

Coming out of this experience, we have all, each in our own way, become advocates for MAID and Dying With Dignity. I have become a volunteer witness for people applying for MAID in the Vancouver area. Donalda spoke about our experience on a panel on MAID for Seniors in Regina and is also a volunteer witness. Laura herself requested that her obituary include information on end of life options, including MAID, and that people can call the Health Line at 811 for information.

Don’s daughter Katie got married on February 16 in Regina. We all gathered for that happy event.

And we held a celebration of the life of Laura Jones in Saskatoon on May 11. I think she would have liked it. 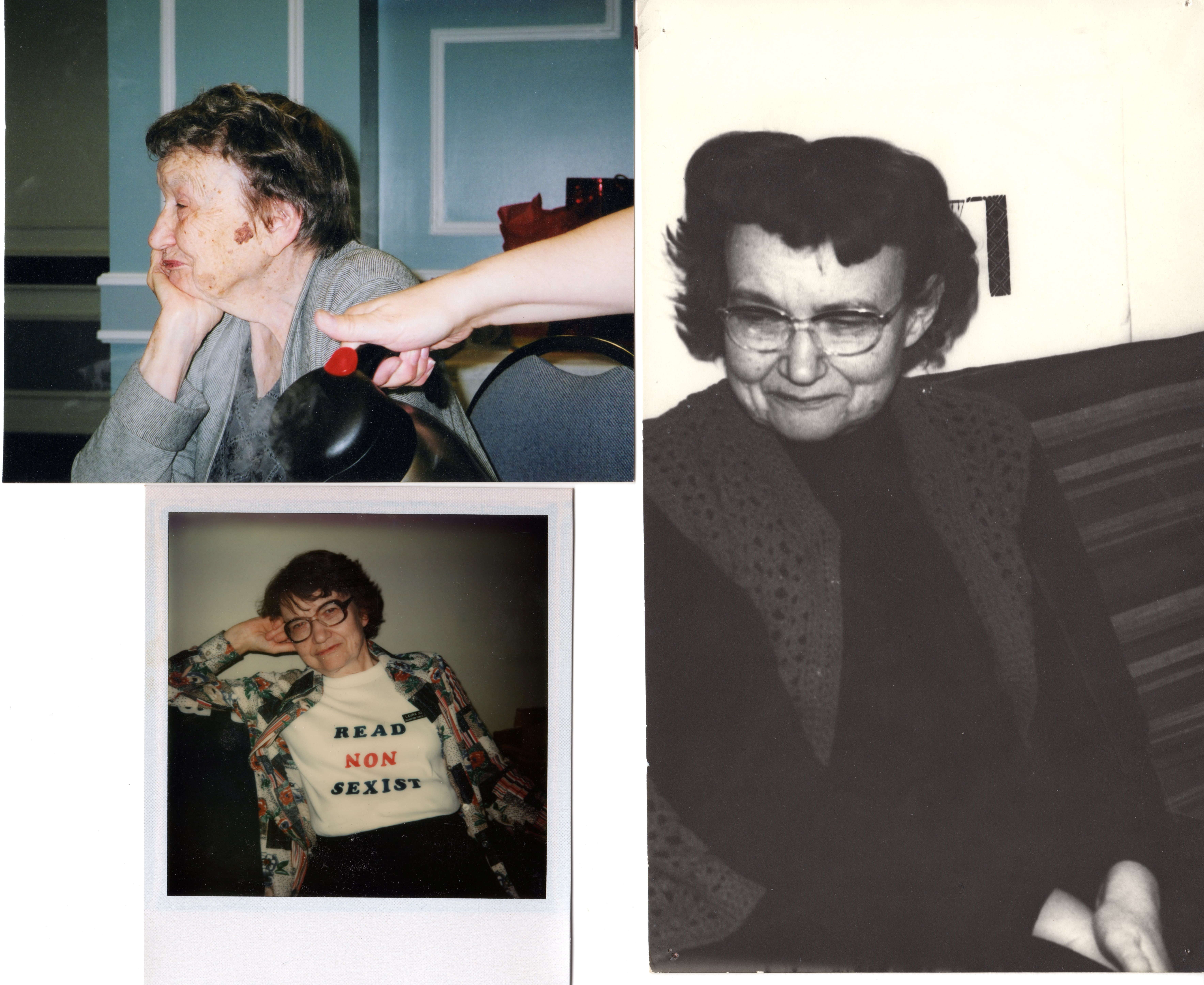 Portraits of Laura over the years