John Priddle: Will choice be available to me when I need it?

John Priddle of Dying With Dignity Canada's Victoria chapter recalls the time he was diagnosed with a devastating neurological disease, and how this led him to get involved with the right-to-die movement.

Suspecting nothing, on a lovely June day in 2000, I went to work as usual. A few hours later, after seeing a neurologist, I went home having learned that I was likely suffering from one of two devastating neurological diseases.

Blood tests later confirmed that I had late-onset Friedreich’s Ataxia (FA), a third equally devastating neurological disease. Absent any known family history, I learned at age 48 that I had been living with this inherited condition since birth. Mind you, by chance, genes do mutate — we simply don’t get to choose the lotteries we win.

Since that day, I’ve learned the painful facts: FA is incurable. Slowly, it destroys one’s ability to do many voluntary and involuntary activities. It announces itself in impaired mobility, coordination, balance, slurred speech, difficulty swallowing, chronic fatigue and chronic back pain due to spinal scoliosis. It’s progressively degenerative in its effects, though cognitive impairment is negligible until near death.

In English, FA is a condition of ever increasing frustration and suffering. “A-taxia” means dis-order. All human activities, whether it’s walking, talking, or chewing gum, require activation and coordination of muscles via functioning, unimpaired nerve cells.  Many of mine are damaged and suffer more damage over time. In effect, I use more and more energy to perform even the simplest everyday activities more and more poorly.

"A thief in the night"

The question is not whether, but how fast will this dis-ordering occur and how many activities (some everyday, some vital) will be damaged beyond control? Until recently, the rate of decline was slow and its scope limited. But FA is like a thief in the night. This ever present, ever more intrusive partner steals my autonomy — my life — inexorably, bit by bit.

Learning to live with my “thief” is an ongoing preoccupation, but by no means totally so. Seventeen years of palliative care has helped. More valuable has been the loving support and laughter of family and friends. I may no longer dance like no one’s watching, but I can still do a mean FA shuffle! 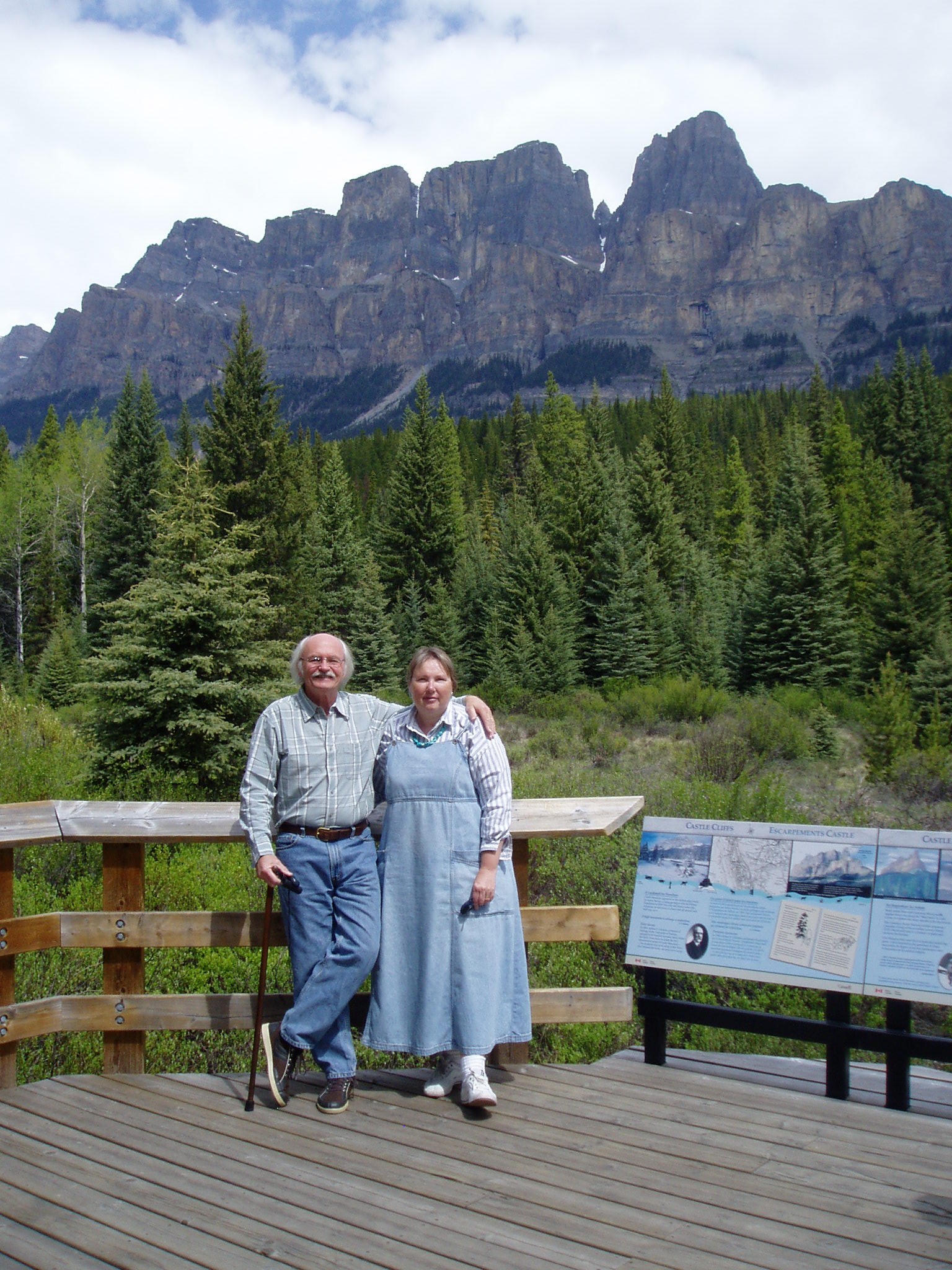 John, his wife Jacqui, and the Rockies.

However, like you, I am a person. Like you, I do, and have done, some things poorly, some well. But I don’t define myself exclusively by any of them. FA has freed me to enjoy as many of the wonderful things life has to offer now to the extent that I can, while I still can.

So I did, until I watched a riveting interview with Dr. Donald Low in 2013. As I recall, he said he wished his colleagues could spend a day in his body. If they did, they would change their minds about opposing assisted dying.

Hearing his message, I woke up!

Like him, I might want medical assistance in dying (MAID) eventually, if I thought I needed it. But, if this is not my choice to make, then whose is it? At that time, I promised myself (and Dr. Low) that if I chose MAID, I’d be damned if I’d ask permission!

Later, I contacted Dying With Dignity Canada to learn if I might volunteer to support their advocacy efforts for legislation enabling all Canadians to die with dignity, should they so choose. Like you, I can’t cheat dying or death, but I just might cheat my disease, my thief, by dying the death I seek instead of the death it promises. (I might just have some fun doing it too!)

DWDC suggested I join its Disability Advisory Council. So I did. Later with two new friends, we founded its Victoria Chapter. Getting involved has been excellent therapy!

But it’s also been most disappointing given my experience of the build up to the passage of Bill C-14 in June 2016, and our experience of it during its first year.

Our current law betrays the Carter decision of our Supreme Court in many ways. Moreover, it betrays all Canadians, whether desperately ill or not, who might have the temerity to seek a peaceful death while following its requirements.

For instance, as laid out in the Carter decision, those requesting MAID must have a “grievous and irremediable” medical condition that causes them intolerable physical or psychological suffering that can’t be relieved by treatments acceptable to them.

But this law adds three other restrictive criteria not found in Carter. People have such a condition only if they have an incurable illness, disease or disability. They must also be in an advanced state of irreversible decline. Finally, and most controversially, their natural death must be reasonably foreseeable.

As written, this law excludes me. True, my FA is incurable. My decline is irreversible, and I am assured it will advance further. Truthfully, I suffer, but that suffering is not intolerable — yet. My natural death also isn’t reasonably foreseeable. So annually, I look forward to re-evaluations about whether it’s worthwhile to request MAID formally or not.

More disturbing is to realize that my self-evaluation is irrelevant. Under this law, it’s necessary that my suffering be intolerable and not remediable by treatments acceptable to me. However, meeting this criterion isn’t sufficient to warrant receiving MAID. Under this law, before receiving MAID, two doctors or nurse practitioners must agree that the person meets this and all of the other eligibility criteria as well.

In the end, it’s their call, not mine! I may request MAID, like Robyn Moro and many other Canadians have done during this past year, only to find that our requests are denied regardless of our suffering. 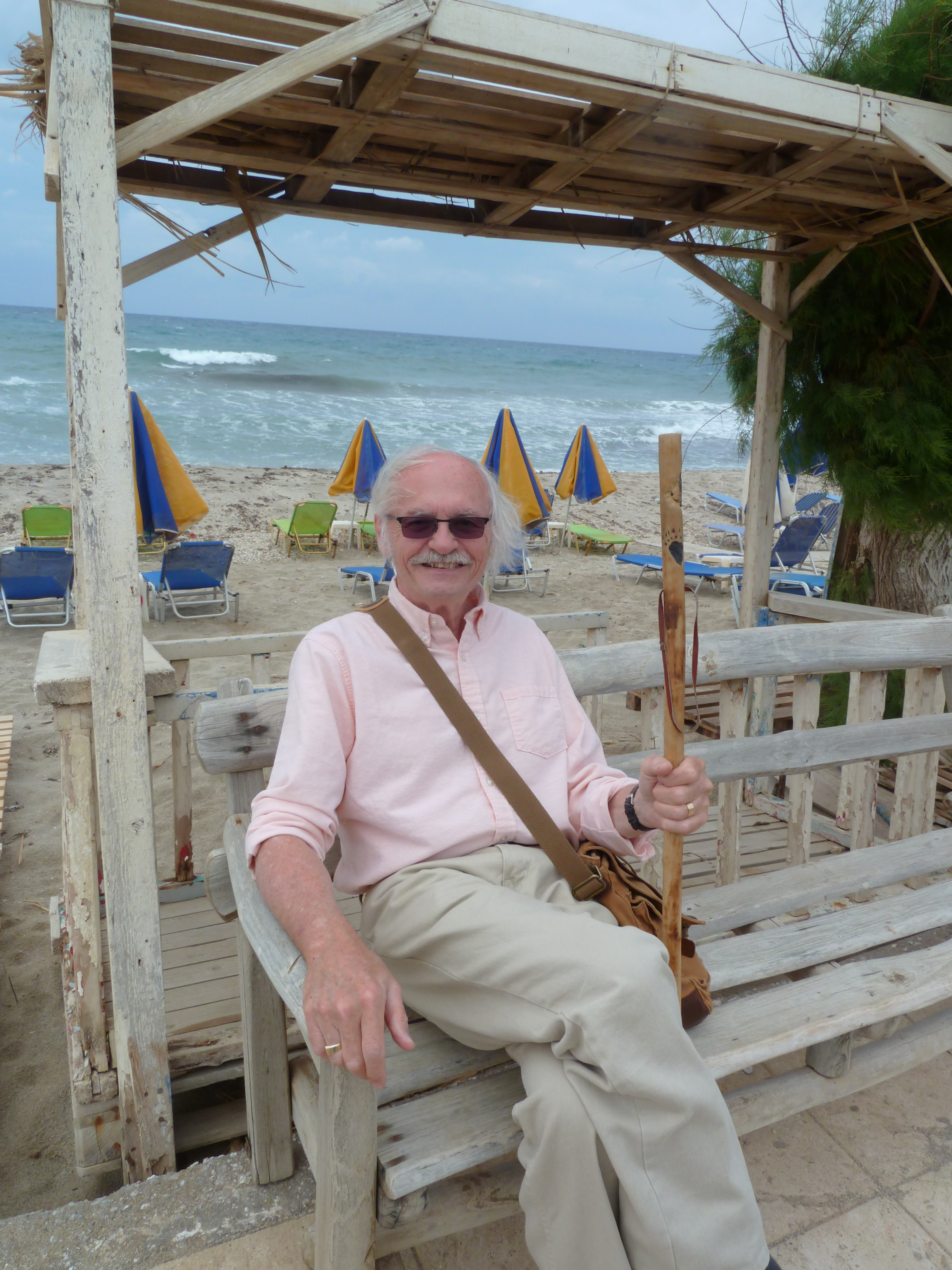 The law was designed this way. A letter I received from the Strategic Policy Branch of Health Canada on November 4, 2016 explained it thus. “In restricting access to eligible patients for whom death is reasonably foreseeable, this legislation strikes a balance between personal autonomy for those seeking MAID and the protection of the vulnerable. The Act also establishes robust safeguards and procedures to protect individuals from being encouraged or coerced into seeking MAID.”

Really? What sort of balance has been stuck? What has this balance got to do with whether death is reasonably foreseeable? Who are these vulnerable people? What protections do they need?

In general, the assisted dying law raises many more questions than it does answers. For one, what safeguards and procedures have been put in place, and are they fit for purpose or are some unnecessary barriers? Additionally, given its first year, how has the MAID law performed against its own standards? And if we’re talking about unnecessary barriers, what is witnessing and how does it work? Lastly, if you chose MAID, what practical steps must you take to receive it? (MAID 101, anyone?)

What do Canadians need in MAID legislation?

In subsequent posts, I hope to explore these and other MAID-related issues from a patient’s perspective with you. I invite you to participate, too, because I need your experience, wisdom and help. Together, we can get a clearer understanding about the kind of legislation we MAID-choosers might want in its place and what we can do now to bring this about or overcome some of this laws’ defects.

However, if I ask for MAID, it’s because I judge my suffering to be intolerable and it’s not remediable by any treatments acceptable to me. If a doctor or nurse practitioner isn’t able or willing to assist me, then I expect them to give me an effective referral to someone who will and I expect them to get out of my way.

But the key question isn’t what I might want. It’s what do we Canadians need in MAID legislation from the point of view of those who may request it? We’re a long way from the person-centred, patient-friendly MAID legislation the Carter decision led us to expect. There are promises to keep and work to be done.

Tell us in the comments: What changes would you like to see made to Canada's assisted dying law to make it more patient-centred?

Leanne’s father suffered from cognitive memory impairment and was not able to make his own decisions about healthcare. In Part...

END_OF_DOCUMENT_TOKEN_TO_BE_REPLACED

Leanne’s father suffered from cognitive impairment and was not able to make his own decisions about health care. In Part...

END_OF_DOCUMENT_TOKEN_TO_BE_REPLACED

This is the second part of Alex C.'s story — if you haven't yet, please read part one here. Over...