It's about time: Why you should participate in the federal consultation on assisted dying

Jennifer Spencer, a communications professional based in Toronto, shares her personal experience responding to the federal government's survey on assisted death, in a personal account framed by the "five weeks of hell" her family went through before her mother passed away. 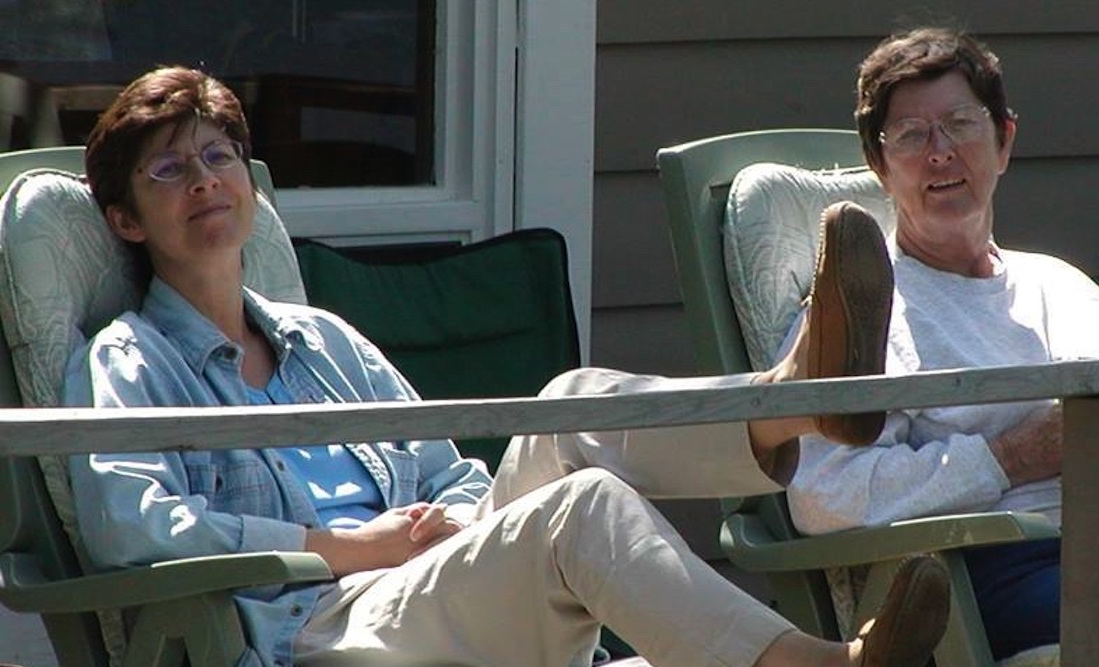 Jennifer with her mom, enjoying the sunshine on a balcony.

I filled out the federal government’s anonymous survey on assisted death today. I had been putting it off for several days. It is such an emotional subject for me that I kept finding reasons to procrastinate.

I was disappointed and confused to find the survey biased against assisted death. It goes out of its way to point out negatives and to create fear, while doing a pretty poor job of saying why more than 80 per cent of Canadians want it. But I made my way through it and I’m glad it is done.

One of the issues we need to resolve as we develop our country’s guidelines, is the number of hoops we will require people to jump through before they can be helped to die. I ended up saying that I think a second opinion on the patient’s prognosis and decision is probably a good thing.  No one wants to be responsible for another person’s early death without being sure the patient’s prospects were as bad as they thought, and that they were aware of their treatment options. But there was no clear spot in the survey to insist that this referral for a second opinion be treated with urgency. I added it in one of the two boxes where you could insert your extra concerns.

My own experience with my mother’s recent death, at 85 in November 2014, drove this point home to me. My mom had always told us that at a certain point, if she reached it, she would take her own life. I hated it when she talked about it (which she did often to be sure we understood), but I respected her wish. My discomfort was all about myself. I didn’t want to face the moment, which I assumed would be a surprise, that she had done it. I didn’t want to stumble upon her dead. And I didn’t want her to be alone for days before anyone noticed. It was all too difficult for me.

As last year progressed, my whole family was aware that Mom was quickly moving toward death. She had heart block that caused convulsions, had been saved with a pacemaker, developed congestive heart failure and then she got deep vein thrombosis (all these as well as fibromyalgia, diverticulitis, arthritis — the list goes on). Because of blockages in her leg, her foot was not getting blood and it turned purple — then black. A stent was put in to open up the blood vessel, but it failed. Her next option was amputation. At 85, with all of her various “comorbidities” she felt she wasn’t strong enough to live with an amputation. She was in terrible pain, her body was failing system by system, so she decided it was time to die. And she asked for our help.

I consulted Dying With Dignity Canada and was advised we could in no way help her under the current law (this was October 2014). Her family doctor said the same. After about three weeks of trying to convince us to help her, she finally accepted she was on her own. Under Canadian law, her only option was to stop eating and drinking.

It took about two weeks from the time she made her decision to starve herself. She was already weak and bedridden. We were caring for her at home, because we were told a hospital bed wasn’t an option. We qualified for home care, but that was only two one-hour stints, five days a week. Most of the time my 87-year-old dad was trying to care for her since I was working and my brothers live out of town. The nights were a nightmare. Her last night at home, she fell off the commode she insisted Dad help her to (she would not use a bed pan), onto the floor, spilling her urine all around her. My father was simply not strong enough to handle her. He had to call 911 to get her off the floor. She should have been receiving ’round-the-clock palliative care, but that is another issue for another blog.

After the commode incident (one of many falls in the final two weeks), her family doctor finally did what we’d been asking for — he had her admitted to the palliative care ward of her local hospital. She was pretty much out of her mind by that time — aggressive, belligerent, frightened, paranoid — and in excruciating pain. The nurses and doctors were able to calm her and relieve her pain with drugs. They treated her and our family with respect. On the third day, she died.

We went through five weeks of hell. I still have nightmares and get sick to my stomach when I think about it. Then three months after Mom died, the Supreme Court made assisted death legal in Canada. I was driving when I heard the news. I had to pull over while I cried. Now it is up to us to set up guidelines to ensure it is set up properly — in a way that Canadians want.

My one caution is that we not add significantly to the time a person is forced to suffer while we get second opinions and turn to third parties for assistance. Unless you have been through this experience, you can’t imagine the horror of this kind of pain and degradation. If we set up an independent agency to handle referrals, as the Canadian Medical Association has suggested, it must be one that will act within a day or two. Knowing about the wait times we routinely endure in our medical system, I’m afraid such an agency might take too long to be helpful to most people. Just getting my mother minimal home care from our community care access centre took three home assessment visits on three different days, with a weekend in between. Even that was too long a wait.

But I need to be optimistic. I urge you to fill out the federal government’s survey and add your thoughts about expediency. If you ever need it, you will be glad you helped.