Honouring a life of principle, purpose

Alberta's Nigel Patrick Lawrence always aimed to make a positive impact — even in his final days.

Nigel Patrick Lawrence was a man of conviction.

As a judge presiding over child welfare courts in Alberta for the latter half of his career, he challenged his colleagues in the courtroom to always put kids’ interests first. His judgments weren’t always popular, but no one could deny they were rooted in principle. “This is the Child Welfare Act and not the Parent Welfare Act,” he would quip. 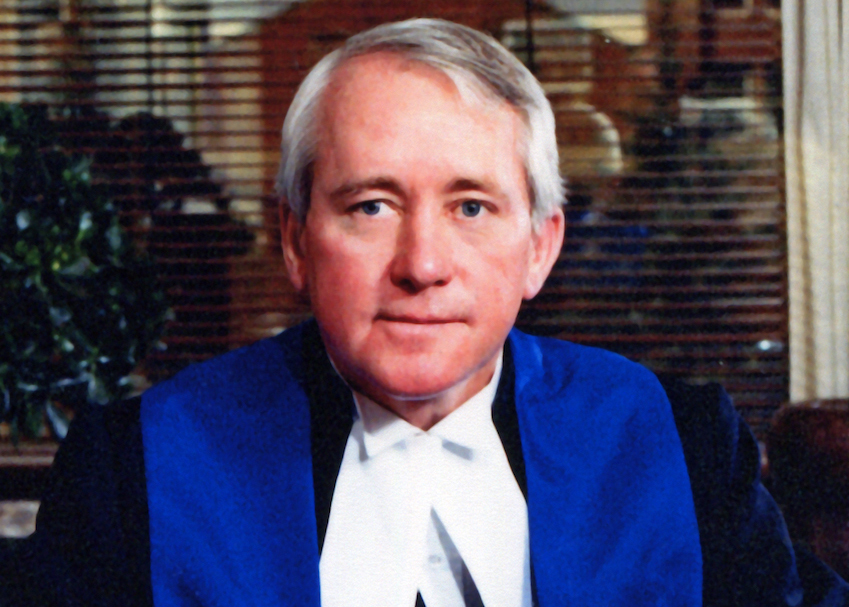 Tired of waiting for the federal government "dragging its feet," Nigel Patrick Lawrence went to Switzerland to access physician assisted dying. Asked how he was feeling the night before he died, he said, "free as a bird."

Above all, his rock-solid conviction extended to his commitment to family. Pat was devoted to Stephanie, his wife of 55 years, and their three daughters, Gillian, Jennifer and Pamela.

He was on occasion outspoken and irreverent but at all times fastidious, courteous, perceptive and compassionate. Patrick travelled to many places, took some good photographs, read many books and grew gorgeous lilies in his backyard.

Pat believed he had lived a full and good life, accomplishing everything that was important to him. So when Parkinson’s Disease, coupled with other ailments, made him feel that his body no longer served him with dignity, he expressed his wish to die on his own terms.

When the Supreme Court of Canada made its historic decision on assisted dying on February 6, 2015, Pat held out some hope that he might be able to die peacefully at home at a time of his choosing. But with the progression of his disease and, as he put it, the federal government “dragging its feet,” he had to make other plans.

This summer, Pat travelled to Switzerland to access physician assisted dying. And on August 26, surrounded by his family, he died in the peace and comfort he sought for himself. He was 80.

The night before, his daughter Pamela asked him how he was feeling. “Free as a bird,” he answered.

True to form, Pat wanted his commitment to helping others to extend beyond his lifetime. He wanted one of his many legacies to include that safe, fair and timely access to physician assisted dying be available to all Canadians, not just a privileged few.

Heeding Pat’s wishes, the Lawrence Family has encouraged friends and relatives to donate to Dying With Dignity Canada in his memory. The generous contributions of Pat’s supporters empower us as we work to make unwanted, unnecessary suffering at end of life a thing of the past.

We thank the Lawrences for continuing to honour Pat’s desire to see change through. Because of them, his commitment to improving the lives of others will continue to shine on Canadians for decades to come.

To make an In Memoriam donation, go to Dyingwithdignity.ca/donate, or call our Toronto office toll-free at 1-800-495-6156.