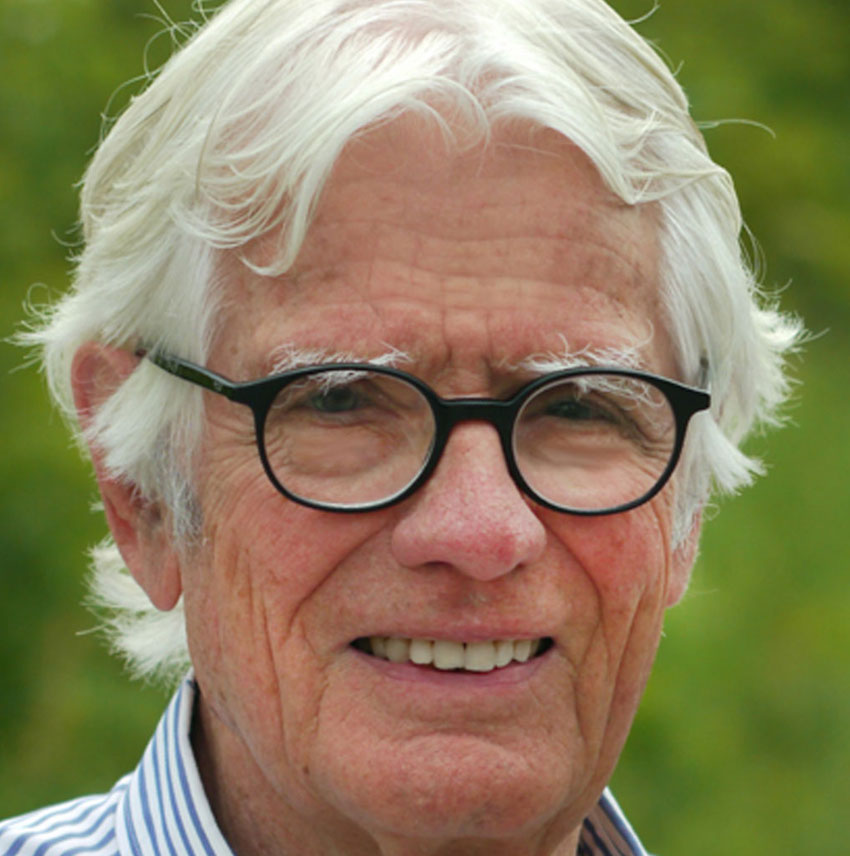 He has been a general practitioner, ship’s surgeon and hotel doctor. His weekly medical column is published by 80 newspapers in Canada and the U.S. and in the international newspaper The Epoch Times. His advice contains a solid dose of common sense and he never sits on the fence with controversial issues. He is the author of seven books including The Healthy Barmaid and his autobiography You’re Going To Do What?

Many years ago he was successful in a fight to legalize heroin to help ease the pain of terminal cancer patients. His Foundation at that time donated $500,000 to establish the Gifford-Jones Professorship in Pain Control and Palliative Care at the University of Toronto Medical School.

Dr. Walker is married to Susan. They have four children and 11 grandchildren. His hobby is trap shooting.

"Why am I mad as hell? This week, I finally joined Dignitas, the Swiss organization that allows freedom of choice in death. Now I’m registered member 18924. I hope I don’t get a chance to use it soon or ever. But if I develop a debilitating illness, Dignitas will be available. Many share my view. We want to cry out 'We’re mad as hell and we’re not going to take it anymore.'

Let’s first get mad as hell at gutless politicians, such as any prime minister who claims our Charter of Rights and Freedoms protects us all from injustice, yet denies freedom from the agony of terminal cancer pain, Lou Gehrig’s disease and other degenerative diseases. Some justice!

Then let’s get mad as hell at those who constantly oppose assisted death to anyone, for asinine reasons. The ones who claim they have a superior moral code that the rest of us are lacking; Or insist that assisted death leads to the slippery slope theory of the elderly being arbitrarily removed from society for financial reasons.

These people know this is a blatant lie. The truth is, and history has proven it, that people who are offered the choice of assisted death seldom use it. Rather, it’s reassuring for them to know that this exit from life is available if they desperately need it.

I have no problem with those who, for religious, moral or ethical reasons, are opposed to assisted death. They have my blessing to suffer the agonies of painful death as long as they like. But they have no inborn right to say the rest of us are morally corrupt in deciding this is senseless torture.

For instance, 35 years ago, I discovered that heroin therapy had been available in England for 90 years to ease the agony of terminal cancer pain. So I wrote what I thought was a humanitarian column requesting the Canadian government to legalize this painkiller for cancer patients. I was immediately denounced by the establishment as a headline seeking journalist.

The Canadian Cancer Society responded that morphine was as good as heroin in most, though not all cases! The RCMP worried about criminal activity and pharmacists about robberies. So I visited England, interviewed Scotland Yard, visited hospitals and pharmacies and discovered these charges were false. Respected Canadian organizations had shamelessly distorted the truth. In effect, they did not want to be told by a medical journalist they had not done their research and had been denying cancer patients relief from agony for 90 years.

Heroin was legalized in December 1984 after a prolonged fight. The $450,000 that had been donated by readers to assist this cause were given to the University of Toronto Medical School to establish the Gifford-Jones professorship in Pain Control and Palliative Care.

So why am I complaining? There should be an even playing field. Terminal pain and the choice to end one’s life when circumstances warrant it should be available to any who can’t afford to purchase a one-way plane ticket to Switzerland, or do not wish to die in another country. This is where our Charter of Rights and Freedoms fails miserably.

An editor once told me it’s the job of a journalist to make people think. But he could have added that proposals like this are also dangerous to write in a column. Critics can send complaints to newspapers asking that the author be fired. It can and has happened in the past. Or as Voltaire remarked, 'It is dangerous to be right when the government is wrong.'"