For most of us, making a will is a relatively simple undertaking. Most of us will want to pass our assets on to our spouses and children. Organizing this is not hard, but if we are lazy and overlook it, government officials step in and dispose of our estate according to a formula and charge quite heavily for their efforts. Wills, once made, only need occasional review.

Making an advanced healthcare plan is more complicated and less certain. Advance care planning is dealing with a moving target unlike making a will, which is relatively static. However, that is no reason for avoiding it. Essentially, what one hopes to achieve is an expression of our personal wishes about what should happen to us if we should fall into any number of medical scenarios. Would we want cardiopulmonary resuscitation (CPR)? Artificial feeding? Intensive care? Obviously, it is very hard to answer such questions definitively. Consider: were we to collapse and stop breathing at aged 62, CPR might make sense. Aged 88, maybe not. It would be the same with parenteral feeding and intensive care.

Dying With Dignity Canada provides downloadable kits that make this problem much simpler, and I strongly advise anyone considering a plan to get one. The kit postulates several theoretical scenarios and asks a series of questions related to various “what if” situations.

Going through the exercise should not be undertaken alone. It is very important to involve one's spouse and close relatives in the process. There is little point in making certain choices that are likely to be strongly opposed by family members because, when the time comes and healthcare professionals are involved, they will err on the side of caution if they detect family disagreement. For example, you may have chosen not to undergo CPR, but at the time of its need, you would be in no position to argue the point. If one of your children insists that everything possible be done for you, the healthcare team will have no option but to perform it. It is also very wise to involve your family doctor in the process because he or she will be able to offer all kinds of useful advice.

My mother-in-law was very much a going concern well into her nineties. She began to fail as she approached the century mark and had several minor strokes. The family knew she no longer wanted heroic measures performed, but had to remind her nursing home staff of this frequently. Once, she was sent to the local emergency department where the junior physician ordered an MRI to determine whether she had had a cerebral bleed. I arrived and asked the young doctor what he proposed as an encore: brain surgery to drain the haemorrhage? She was then 98 years old and in very poor health, and such a procedure would have been entirely futile. Fortunately, she escaped it and died shortly thereafter. This personal story illustrates just how much one must be on one's guard concerning one's end-of-life healthcare wishes. 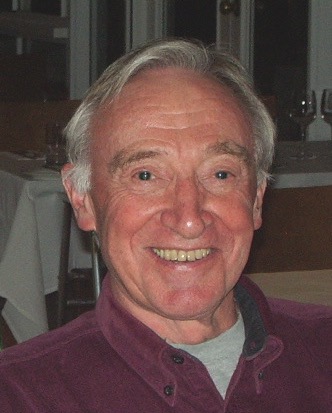 Don't leave your future care up to chance. Download and fill out an Advance Care Plan today.

END_OF_DOCUMENT_TOKEN_TO_BE_REPLACED

Sharing your plan is the most important thing you can do to ensure the care you want.

END_OF_DOCUMENT_TOKEN_TO_BE_REPLACED

Ask decision-makers where you live what they're doing to ensure your rights and choices are respected.