This is part five of Don's Journey.

I'm again writing from The Ottawa Hospital (TOH). It seems to be my new home away from home without the comforts of home. At least there are plenty of cute nurses and doctors to distract this lecherous old guy.

My breathing had been quite laboured for a couple of days preceding Valentine's Day, but I had nebulized intermittently throughout the day and had instilled frequently. I was unable to expel anything of significance from my trach. Late in the evening on the 14th it came to a head. My breathing became very difficult and I again tried instilling to loosen the suspected plug and suctioning. During this attempt to clear my airway, I lost consciousness.

Barb pulled out my entire tracheostomy to restore as much airway as possible and then called 911. When the ambulance arrived, the medics had her reinsert the trach and then they rushed me off to the Kemptville Hospital. I was pretty much out of it until leaving the hospital so this is the account my wife, Barb, told me. They bagged me constantly to maintain proper respiration and gave me a shot of morphine. I was then loaded back on the same ambulance to transfer me to TOH. One of the medics claimed that the ride took 32 minutes, which was still a couple minutes shy of their record. 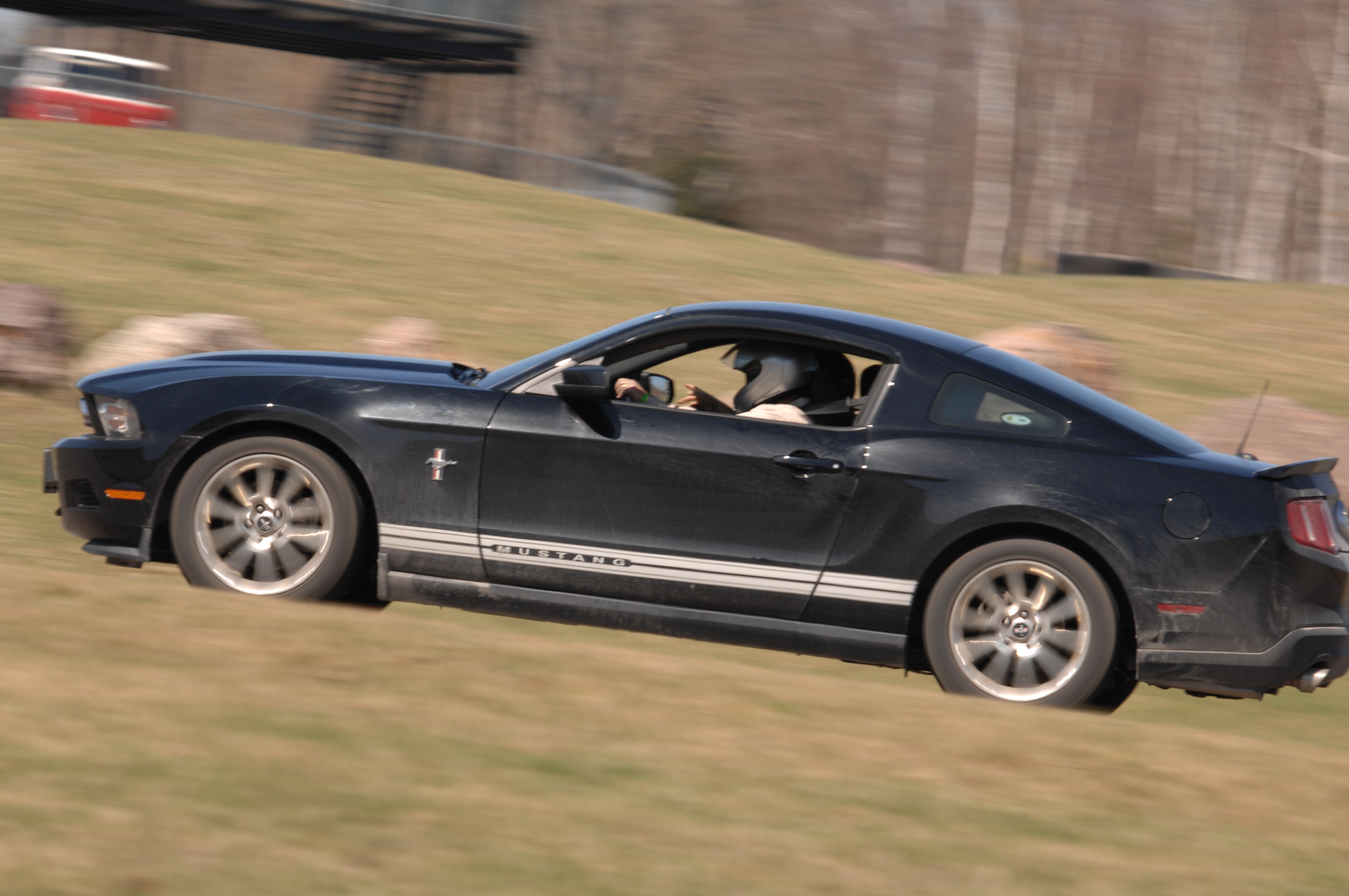 Fast cars are one of Don's passions in life. Here he is driving laps at Calabogie Motorsports Park in his 2011 Mustang.

At TOH, I was soon attended to by an ear, nose, and throat (ENT) resident. He removed my trach and then scoped my airway. He didn't see much, but he had a student ENT take a look too. Shortly thereafter I started coughing violently and blasted out a huge mucous plug that actually nailed the student in the stomach. He learned a valuable lesson about positioning yourself when dealing with trach patients. Barb picked the plug off the floor and saved it for posterity. It was large and there was no way that it would ever fit in the trach, let alone when the inner cannula was in place.

I could breathe clearly again! I spent the next day in the ICU before being transferred to a room, where I am now. They have me on warm, humidified oxygen 24/7 to try to prevent plug formation and are holding me here until they can arrange a similar treatment at home.

Thankfully, this is Speedweeks so at least I am able to watch the NASCAR races on my tablet to kill time.

Until my next adventure, take care.