Don's journey: The loss of my quality of life

This is part four of Don's Journey.

It’s official: medical issues are dominating my life and severely limiting my enjoyment of it.

Let me explain. Monday, February 12th was a thriller of a day — NOT! We spent pretty much the entire day at the ER at The Ottawa Hospital. A bubble had developed in my chest wound that troubled us and the home nurse at the Community Care Access Centre. She had bandaged it with gauze, but when I awoke Monday morning it was soaked through and was dripping down my stomach. The neck incisions were also looking questionable, with plenty of "goop" collecting in the channels formed by the significant swelling around them. We changed the chest dressing, took my medications, had a delicious breakfast of Isosource PEG food, and headed to the hospital.

We left home at about 8:30 a.m. and returned at 6:30 p.m. Approximately three hours were spent registering and relaxing in the waiting area trying to avoid those with cold and/or flu-like symptoms. This presented much like a game of musical chairs that you might have indulged in as a child. A little more than four hours were spent in one of the ER assessment or treatment rooms. Most of the time was spent waiting for someone from my ear, nose and throat (ENT) medical team to get out of surgery so that they could do a proper assessment. In the meantime, the nurses took copious blood samples for analysis and culturing. 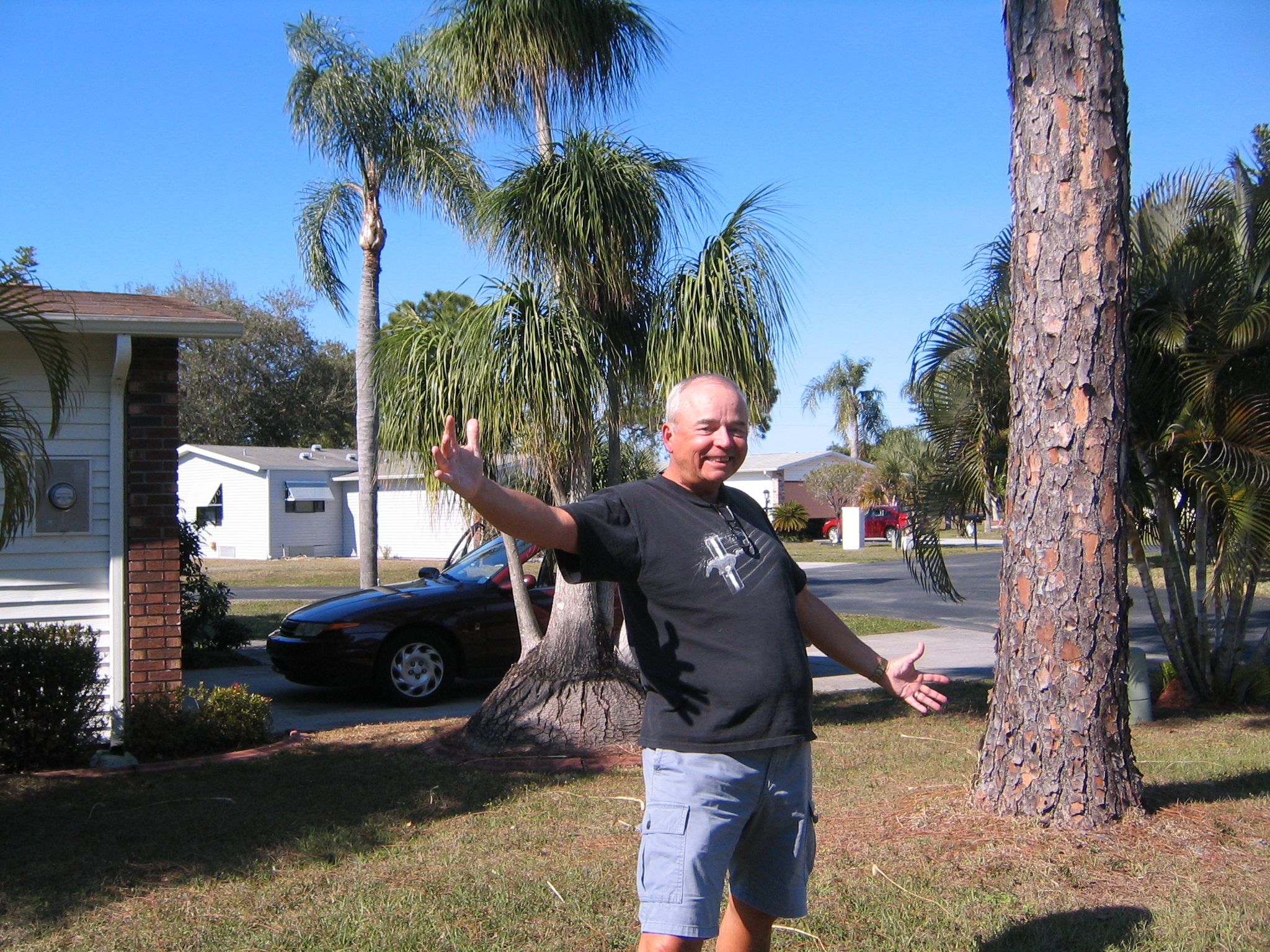 Don in Florida during happier times.

The principal resident in charge of my care arrived and proceeded with her assessment. She also pulled the remaining staples from my chest incision (the first half had been removed prior to my discharge from hospital, post-surgery). She took several swabs from critical areas to be cultured. She seemed somewhat concerned with the neck wounds, but dismissed the chest seepage as simply an abscess that had ruptured. My ENT doctor then appeared and told us he believed the seepage was pretty standard for the surgery and that my recovery was not atypical. The resident then gave all of the wounds a very thorough cleaning, wrote a prescription extending my antibiotics and discharged me. After spending an additional half hour in the rush-hour parking lot of Ottawa's roadways, we went to the pharmacy and returned home.

A gin was the first order of business following such an entertaining day.

Tuesday was dominated with a visit to the lawyer and then scrambling to clarify issues relating to our wills. There will be several days’ work trying to decide matters such as naming an alternate executer to close the estate when both my wife, Barb, and I pass, and obtaining accurate contact information for all of our heirs. Barb found this day particularly difficult and stressful.

Last night was enlivened with a mucous plug in my tracheostomy that nearly prevented my breathing. We tried everything to clear it, short of removing the entire trach, which I only do if breathing is completely disrupted. First, we used the nebulizer, which pumps very humid air into the trach. Next we did several sessions of instilling saline into the trach to further moisten the mucous and to induce violent coughing in an attempt to expel the plug. Between instillations, we suctioned the trach. Although a bit of gunk was expelled, we were unable to clear the plug enough to restore proper respiration, but it was good enough to call it a night. Lying quietly in bed reduced the need for oxygen so my breathing relaxed to the point where I could fall asleep.

What a happy Valentine's day!