Posted by Dying With Dignity Canada on October 18, 2017

In August, Debra Westbrook and her family spoke out in their local newspaper and on our blog about the obstruction their father faced in his months-long struggle to access assisted dying at their local hospital. Less than two months later, that same hospital made a major change to prevent the same thing from happening again. In this special update, Debra writes about how she and her family were able to inspire change in their community — and makes a call for others to do the same.

I wrote a piece for the Dying With Dignity Canada blog that was posted on August 25, 2017. It was the story of my father, Austin Thomas, and his battle to have a peaceful death. It was an incredible struggle that went on for months with opposition at every turn from medical staff and the hospital where he was a patient. Our family was finally able to help him access an assisted death on March 29, 2017.

During the first weeks after his death, we grieved and dealt with the necessities of wrapping up his affairs. The month of April is still a bit of blur. As spring turned into summer, we were able to return to the normal pattern of our lives and find comfort in the undeniable rhythm of life. By July, there were thoughts of how our family could turn such a negative experience into some good. There was agreement among the four of us children that we would make our story public. But we did not make that decision lightly. We had some concerns about losing our privacy and opening wounds that were healing, and there was also the fear that the medical staff and/or hospital would sue us for making the story public. 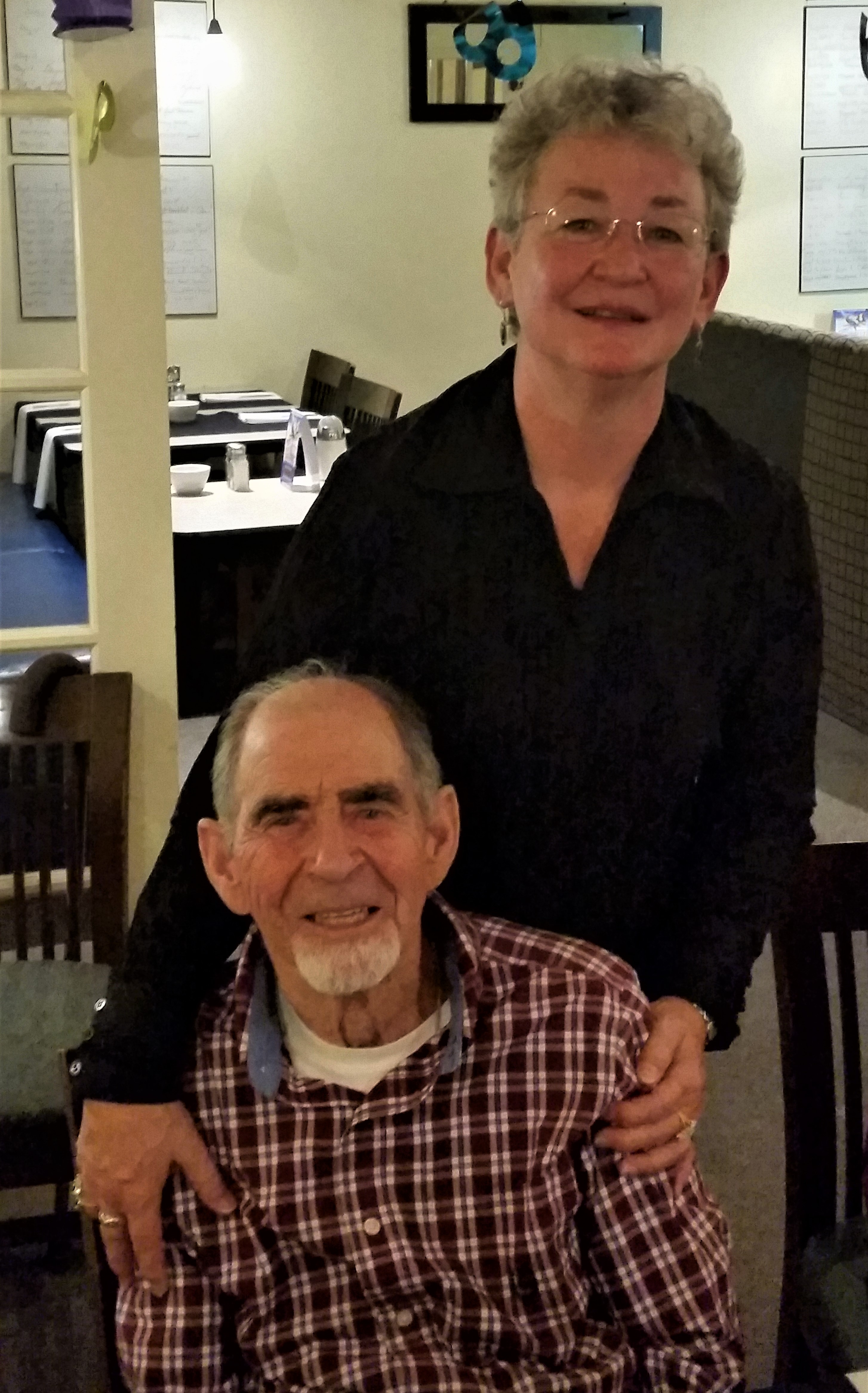 Austin and Debra in November 2015

Nonetheless I contacted a reporter at our local paper with a reputation for doing human interest stories and bringing controversial matters to light. After reading an outline of dad’s story, he agreed to interview me and write an article. He then checked the details with my brother who was dad’s Power of Attorney and ran it past the paper’s lawyer for liability concerns. When he submitted it to his editor, who saw how long the piece was, the editor postponed printing it until the following week so it could receive full coverage.

As a result the article was published on August 10, which would have been my father’s 90th birthday. It had a tremendous impact on our local community. There was outrage at the way my father had been treated and our unbelievable fight for him to access his rights. There was disgust at the medical community’s lack of compassion and professionalism. We were applauded by so many for having the courage to come forward with our story. There were letters to the editor, Facebook postings, text messages and even phone calls from perfect strangers who tracked me down because I am the only Westbrook listed in the area. People thanked us for how we had touched them personally and the immeasurable good we had done for our community. We were astonished and overwhelmed by the outpouring of public sympathy.

Because Dying With Dignity Canada (DWDC) had provided support and guidance to us during our journey, I shared the link for the newspaper article with their staff at the national office. They asked me to submit something shorter for their blog. My family feared that there would be repercussions from the medical staff and hospital for taking the story nationwide on the DWDC website. As a precaution, some details were left out so it was not possible to tell where the story had happened. When dad’s story was posted on the blog and the DWDC Facebook page, it garnered the same response as the newspaper article: outrage at how dad was treated and praise for our courage in making the story public.

"We made a difference"

Once again life returned to its normal cadence as summer waned and September unfolded. On the morning of September 29th when I opened my Facebook page, there was a posting to my timeline from our daughter. It was a link to an article in the same local paper announcing that our local hospital was now offering medical assistance in dying (MAID). I broke down and cried. It was seven weeks to the day that the article about our father had been published in that paper.

Once more the accolades poured in, giving our family credit for making this possible. I do not feel that is quite accurate as I know the doctors who made our father’s assisted death possible had been working discreetly and diligently in the background to get a MAID policy established at that hospital. I also feel sure that, while we were met with great opposition from some medical staff, there were others who were also advocating for assisted dying.

I do feel, though, that the publishing of our father’s story greatly accelerated the process. The hospital administration had hidden behind the statement that, “there were many ethical, clinical and legal issues to consider before implementing the program,” for months and months. Then, within seven weeks of our family speaking out, Northumberland Hills Hospital announced that, "following demonstration of local and regional patient need...a hospital-based MAID will be available at NHH...”

In closing, I would like to encourage everyone who has a story to tell about assisted dying to do so. We had no idea of the incredible impact that our story would have on individuals and our community in general. We made a difference and every voice that speaks up can make a difference, too.

Dying With Dignity Canada thanks Debra for sharing this excellent update on our blog. Her family's story is evidence that every voice, every story can have an incredible impact. Thank you, Debra and family!