Should doctors who oppose assisted dying be required to refer patients who request it to another healthcare provider?

Grappling with this question — which highlights the tension between a patient’s right to an assisted death and a physician’s right to conscientious refusal — will be on the agenda as the Canadian Medical Association (CMA) convenes in Halifax for its annual general meeting next week.

Representing more than 75,000 doctors across the country, the CMA has just released a summary of member feedback on the organization’s draft principles for assisted dying legislation. (In total, 595 members responded to the survey.) The report show rifts among Canadian doctors on how assisted dying should be administered. It also reveals a reluctance on the part of CMA leaders to cow to a minority of voices who wish to impede patients from rightful access to end-of-life choice.

Titled “A Canadian Approach to Assisted Dying: CMA Member Dialogue,” the 18-page report devotes several pages to issue of “conscientious objection,” the well-established right of doctors to opt out of participating in procedures to which they are morally opposed. However, there is disagreement in terms of how far this right should extend. Many doctors, including members of DWD Canada’s Physicians Advisory Council, contend that doctors who refuse to perform assisted dying must, in a timely manner, refer patients who request it to another institution or provider.

“We must never abandon our patients and must continue to care for their other medical needs and concerns unless/until the patient requests a transfer of care to another provider,” said one respondent to the CMA’s survey. “And if a patient does request that their files be transferred to another medical provider then this should be done in a professional and timely matter.”

Not everyone agrees. Some doctors who object to assisted dying said that providing an “effective referral” amounts to directly participating in assisted dying. They instead propose giving doctors the option of telling patients to self-referral — that is, sending them out on their own to find a doctor who is willing to participate in an assisted death. This option has roundly panned by patients’ rights groups like DWD Canada because it amounts to the abandonment of horrifically ill patients by their physician.

In an attempt to stake a “middle ground,” the CMA has proposed a hybrid option: allowing a doctor to refer to a third party, which would in turn provide patients with information about assisted dying and connect them with a participating physician. This setup would prevent objecting physicians from having to refer patients directly to a doctor or institution that is willing to provide an assisted death.

Receiving mixed feedback from a small minority of its membership doesn’t appear to have shifted the CMA brass’s position on effective referral. Advocating for a policy of self-referral is a non-starter and could threaten the organization’s credibility, said CMA vice-president and ethics chair Dr. Jeff Blackmer. 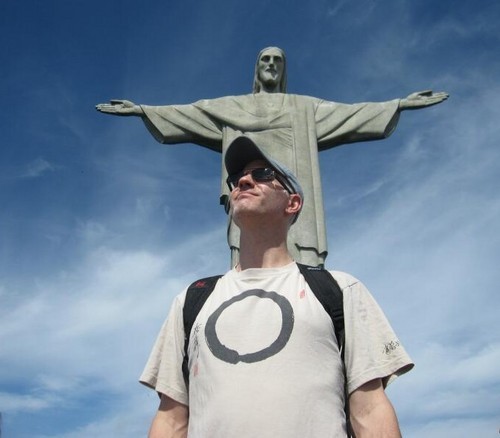 “If the CMA adopts this position (self-referral), I am not optimistic that it would be taken up in legislation or regulations," he wrote in the report. "Instead, we would be likely to have a system of ‘effective referral’ imposed on us.”

Indeed, many provinces already have, or are developing, policies that subject doctors to a duty to refer. Earlier this year, the College of Physicians and Surgeons of Ontario (CPSO) approved its new Professional Obligations and Human Rights policy. “Where physicians are unwilling to provide certain elements of care due to their moral or religious beliefs, an effective referral to another health care provider must be provided to the patient” in a timely manner, the policy states.

In March, a group of Christian doctors launched a court case to challenge the policy. The CPSO responded that it would “vigourously defend its new rules.”

Caroline Variath is a Registered Nurse and a PhD candidate at the University of Toronto, Ontario. She views death as an inevitable part of...

END_OF_DOCUMENT_TOKEN_TO_BE_REPLACED

Answering your questions on grief, MAID and preparing for a loved one’s scheduled death

On October 29, 2020, Dying With Dignity Canada presented a special webinar on grief, MAID, and preparing for a loved one’s scheduled death. Through a...

END_OF_DOCUMENT_TOKEN_TO_BE_REPLACED

Save the Date for Giving Tuesday!

DONATE HERE What if, on one day, we all teamed up to ensure Canadians had access to quality end-of-life choice and care through a (hopefully) final push to ensure...