After being diagnosed with lung cancer in 2017, Jane was given a devastating prognosis. She decided against treatment and opted instead to pursue medical assistance in dying (MAID). Once she was approved for MAID, Jane began to live her life with confidence, freedom, and renewed vigour despite her illness. For 11 months, she lived life completely on her terms, comforted by the knowledge that she was in control and could access MAID at any time.

In this special blog post, Jane’s daughter, Wendy, shares what their last year together was like, from Jane’s diagnosis to her medically assisted death.

In April 2017, my mom, Jane Hamilton, was diagnosed with lung cancer. The cancer was an accidental find, which we came to learn is not unusual with lung cancer. Interestingly, her first questions were not about treatment, but rather about medical assistance in dying (MAID). At the time, it seemed really premature since mom hadn’t yet met with the cancer agency, but she still wanted to know. As an admitting clerk at the nearest acute care hospital, I made some calls and learned that, yes, MAID could be done there.

After mom’s diagnosis, the treatment process began: tests, poking and prodding, questions. She felt awful throughout all of it. Since we live on Vancouver Island, we had to travel for every test. The PET scan required an 11-hour day for the test in Vancouver, and the round trip to the cancer agency in Victoria was a minimum of four or five hours for every appointment.

When the results were all in and we sat in that room, the doctors explained that the treatment would be intense. It was an aggressive cancer and the treatment would have to be very aggressive too. They didn’t want to share survival numbers, but when they did, they explained that the success rate at two years was 15 per cent. My mom started to cry. She continued to cry for days afterwards. 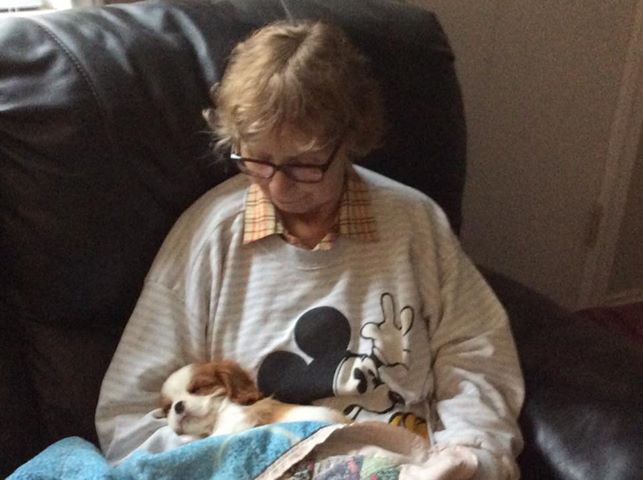 Jane and baby Montgomery Winston. Even though Monty was just a puppy, he would sit quietly for hours with his “gramma.”

On the fourth day after the appointment with the cancer agency, mom sat sobbing on my back porch, repeating over and over again, “I don’t want to do it,” referring to the cancer treatments.

I quietly turned to her and said, “Then don’t.” It was quiet on the porch when she said, “Really? You wouldn’t be mad at me?”

The answer was an easy “No.” How could I be angry at one of the strongest people I know? My mom wasn’t a crier. She never cried when she divorced my father or while raising me and my brother. She was strong. And I couldn’t be mad because this wasn’t about me. This was her choice.

At that moment, she stopped crying, and said, “Well then, cancel those appointments. I’m not doing it.” I did not see her cry again after that.

When my mother was diagnosed, I made a commitment to her quietly in my heart that I would do everything I could to support her. She was in charge! She was driving the bus and as long as she was making informed decisions, I would go along with whatever she wanted.

So began the next 11 months of living by her own set of rules.

“It was such a gift”

Mom still wanted to pursue MAID so we went to the hospital website to learn more. The conversation we had had with the family doctor did not go well when we asked his position on MAID. He expressed very clearly that it was not something he was comfortable with, so we self-referred.

At the time we did the referral, we were not aware of a MAID provider in our area, but we got a call a few days later to let us know there was a new doctor nearby who was performing the service. After meeting her and going through the assessments, she agreed to manage mom’s day-to-day care. It was such a gift! I knew the doctor from the hospital and I liked her, but more importantly, mom had complete trust in her, and because of that, she was able to live freely and confidently, and she had an awful lot of fun!

It was a year of making quilts, extravagant gift giving, Purdy’s chocolates, and tons of family time. Mom celebrated her 72nd birthday (she didn’t think she would have), and one last Christmas, but by far her favourite was having one last season to see her garden bloom, and one last season to plant. (We are putting those gardens to bed now!) 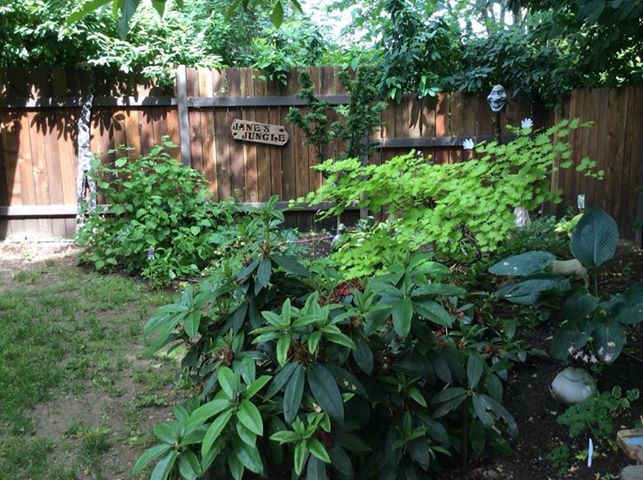 “Jane’s Jungle”: Jane’s memorial garden, which was planted by her.

Life was fairly uneventful health-wise until about March 2018. It was evident that things “were slipping,” which was mom’s expression for change. A visit to the emergency room let us know that, yes, the tumour was larger and she had broken ribs.

We had done all the assessments the previous summer and during the second assessment the doctor had made the throwaway comment, “I don’t know why MAID isn’t being done at the funeral home. That’d be so much easier for everyone.” My mom found the idea rather humorous. We had read and heard of people being refused at the hospital and being forced to transfer to other facilities to access MAID. The thought of that was horrifying to her.

Even though she had support from hospital administrators and the spiritual care advisor that, when the time came, MAID could be provided at the hospital, my mom chose a funeral home. I met with the director of Evergreen Cremation Centre in Ladysmith, B.C. who had a nice quiet lounge available. He said that if the doctor was on board, he would be too. We spoke to the doctor who said, “Absolutely. That’s your choice.”

Mom got quite sick towards the end of May 2018, and just as the doctors had told her, she knew when it was time. Calls were made, and thankfully, all the paperwork and arrangements were already in place.

On May 30, 2018, we shared our last coffee visit and chat. We talked about normal stuff and had a few laughs, even then. Mom had asked that I not be in the room when the first medication was given, but said I could come back in when she was sleeping. When I returned, I sat in the quiet room, watching her chest rise and fall, quietly. It was peaceful and calm, which reassured me that she made the right choice because, in the weeks leading up to that moment, I had been listening to her laboured breathing.

She wasn’t struggling anymore. She was no longer in pain. She was free of all of it. 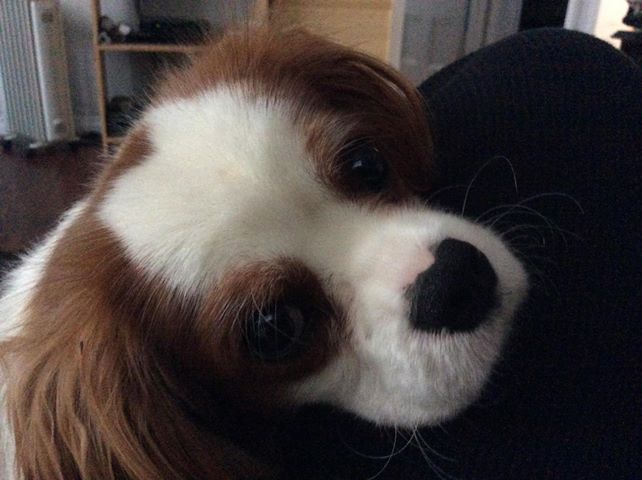 “Full of love and gratitude”

We are so grateful for MAID and the brave doctors and nurse practitioners who perform it. Ours was amazing. Mom said over and over again that her doctor gave her the courage to live. “I am not afraid to die with her at my side,” she said. And she did it on her own terms. Mom was still driving up until the week before her death, and was able to be at home the entire length of her illness. She did not spend a single night in hospital. She maintained her independence and dignity right to the end. She liked that.

A note from Wendy: It has been a couple of months since I submitted this piece and life has settled down. I have to say how grateful I am to my family, my amazing husband, my friends, and my coworkers at the Cowichan District Hospital. Thank you all for everything you did for us. I have felt supported by my direct work team and management, who gave me the freedom to be there with my mom, and I am so grateful I had that time. I am also grateful Island Health had counselling available for me, which I found very helpful. I have had tremendous support and kindness shown to me by everyone. I am glad I talked about my mom’s decision from the beginning because, as she said, dying is normal. We need to make deciding when to die normal too.

Dying With Dignity Canada is immensely grateful to Wendy for sharing the beautiful story of her mother’s choice and her joyous final months. We are thankful Jane was able to have a peaceful, gentle death.