Every day, Dying With Dignity Canada volunteers contribute to our mission and commitment to improving quality of dying and protecting end-of-life rights. Across the country, over 200 people give their time and skills to our work. The resources we offer and the achievements we have made would not have been possible without them.

In celebration of National Volunteer Week (NVW) 2022, we want to spotlight three of our volunteers and the unique roles they hold for our organization. The themes of this year’s NVW are ‘empathy in action’ and ‘volunteers bring heart;’ we couldn’t have said it better ourselves. Read more about Gwen, Brad, and Susan below, and the empathy and heart they bring to the work they do for DWDC.

Tell us when and how you got involved with Dying With Dignity Canada (DWDC)? What motivates you to advocate for end-of-life rights?

In 2017, one year after Bill C-14 passed, I came across some articles on medical assistance in dying (MAID) and how there were many barriers for people being able to access MAID. One of the barriers at the time was the requirement that people have two Independent Witnesses for their initial patient request. I learned there was an active DWDC Chapter in Victoria which provided Independent Witnesses for people who could not find their own. I contacted the Victoria Chapter and spoke with the individual coordinating the Witnessing Program. I was accepted as a witness and trained in how to do this sensitively and competently. I found it to be an extremely rewarding small thing to do for people at the end of life who wish to access MAID. People were so appreciative of this small service.

You are an Independent Witness Coordinator for DWDC, tell us about that role.

My role involves matching people who require witnesses with trained volunteer witnesses and supporting both through the process. The initial contact can come from many places: the requester themselves, through family members, our website, or by referrals from health agencies. When we get a request, I speak to the requester and explain the witnessing process. I then match witnesses to the requester and set up the time and date. The requests are often urgent, so a quick response is important. Once the witnessing is completed, the witnesses communicate with me and we debrief if necessary. An important part of the role is to recruit and train new witnesses as well as to support experienced witnesses.

Can you tell us about the necessary changes to Independent Witnessing when the pandemic started in 2020?

As soon as the pandemic started, we moved to virtual witnessing, by zoom or Facetime. We were very fortunate to have an extremely responsive health authority that made this change possible, and it was achieved seamlessly. Not all witnesses were comfortable with the virtual aspect, but we were able to find sufficient numbers to meet the need. We also continued to do in-person witnessing, using creative measures to keep all parties safe.

What are you most proud of when you think of your volunteer work?

This work touches people at an elemental level. It removes an unnecessary barrier and allows people to access a medically assisted death. It is an honour to be able to help.

The next challenge is for the Parliamentary Committee to complete their work. A top priority for me is for advanced requests to be allowed.

Tell us when and how you got involved with DWDC? What motivates you to advocate for end-of-life rights?

In 2009, I watched my grandmother die of cancer. At the time, there was no legislation for medical assistance in dying, and I wasn’t aware that such a thing could even be possible. My grandmother experienced prolonged suffering, but when she made comments about wanting to die, I didn’t take them seriously. I was too naïve to conceive that an individual could take control of their dying experience in a dignified way.

After my grandmother’s death, I heard an interview on the CBC show “White Coat, Black Art,” in which Nagui Morcos, a Torontonian suffering from Huntington’s disease, had decided to end his life. The parallels between Nagui’s story and my grandmother’s story were staggering. I realized in that moment that my grandmother’s comments about wanting to die were valid, legitimate, and dignified. I was angry at myself for being so naïve, and I was angry at our medical system which provided little choice beyond enduring suffering at the end of life. I was relieved, however, to learn of DWDC.

I immediately reached out to DWDC and attended a session they hosted in Edmonton. There, I connected with an inspiring group of volunteers who were eager to advocate for change. In 2013, we formed the Edmonton Chapter of DWDC and we have been conducting advocacy ever since.

You are a media representative for DWDC and the Edmonton region. Where did you learn this skill?

I never imagined that I would be doing public speaking or media interviews; however, these quickly became my main roles in the Chapter. While I was terrified of public speaking, my passion for the cause was greater. The support of fellow volunteers and media training from DWDC were instrumental in boosting my confidence. Looking back, the most rewarding experiences have been the most challenging ones. Debating a panel of Catholic health providers, arguing with a clinical ethicist on TV, shouting into megaphones at rallies, or challenging a private members bill in the Provincial legislature, have all been rewarding moments of personal growth.

There is still so much work to be done. In Alberta, politicians stigmatize medical assistance in dying and publicly-funded hospitals force patients to leave their facilities to die. These threats to end-of-life care require passionate volunteers who can be a voice for dying with dignity. I encourage anyone who is passionate about these issues to take the leap and get involved.

Tell us when and how you got involved with DWDC? What motivates you to advocate for end-of-life rights?

When I was doing my master’s in social work, my primary area of study was death, dying, loss, and grief. As the 2016 legislation was coming into effect, I was volunteering at a hospice facilitating bereavement groups, making bereavement follow-up phone calls, and doing weekly home visits with people dealing with a life-ending condition. Because at that time the hospice was not going to allow MAID on the premises, I felt I had to resign on principle. Then I found DWDC and the Ottawa Chapter that same year. I have never thought quantity of life is more important than quality and had several experiences over the years where people had suffered terribly and unnecessarily as they neared the end of their lives. So, I jumped at the opportunity to be part of an organization whose priority is dying with dignity and end-of-life choice.

You have held many roles with DWDC over the years, tell us about them. Were there one or two – particular you enjoyed the most?

Because I had, in my career, helped patients and families come to terms with difficult diagnoses, helping them plan and give instructions to loved ones about their wishes, it was a natural fit for me to begin facilitating Advance Care Planning workshops, especially because I had experience with presentations and workshops. Then I added volunteering as an Independent Witness. I also agreed, as a Chapter Executive Committee (CEC) member, to take on the role of Secretary, which I did for a couple of years. I started making End-of-Life Choices/MAID presentations and took over being lead for that team when the previous lead left. Almost two years ago, I became Chapter Chair.

You are the Chapter Chair for the Ottawa Chapter, what are the main responsibilities of this position?

As a Chapter Chair, you can wear a number of hats depending on the size of the Chapter and the range of volunteers in the Chapter. I’d say one of my primary responsibilities is being the conduit of information between National Office, the Chapter Executive Committee, and other Chapter volunteers. It also involves coordinating Chapter activities, recruiting, screening, and training volunteers, establishing and building relationships with key end-of-life stakeholders. The Chapter was humming along well when I assumed the Chair position because the former Chair had built a strong team – so at times, I’m more of a caretaker than anything!

What are you most proud of when you think of your volunteer work?

I’m most proud of being part of a group of outstanding volunteers. I’ve noticed that those who volunteer for DWDC are down-to-earth, open, unafraid to discuss dying. From what I’ve seen, they love life but also accept that we are all on the same journey to the end of life and believe people should not endure unbearable suffering. They are sensitive, caring individuals – as my grandfather would say, “The salt of the Earth.”

I really hope to see the legislation revised to include advance requests. There was significant dementia on my mother’s side of the family. I very much value my autonomy, my brain, my ability to be of service and that I will, hopefully, leave the world a little better for having been here. I do not want to become a shadow of myself, an empty shell that causes pain for my loved ones. So, there is still work to do for DWDC and its Chapters! 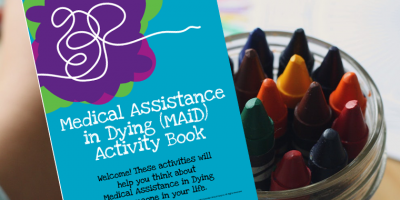 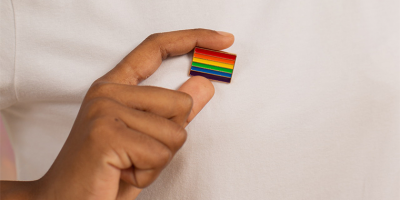