Dying With Dignity Canada’s longevity and success is due in large part to the many volunteers who work on the local and at the regional level. We have Chapters across the country powered by people passionate about end-of-life choice.

Throughout the year, we will be highlighting the stories and contributions of DWDC’s volunteers, and what motivates them to give of their time to our organization. This is Ellen’s story.

Ellen Agger lives in Victoria, B.C. with her partner Alleson and their tabby cat Coco. She says she has “kept herself sane” through the COVID restrictions by taking online classes with artists and students from all around the world to learn to sketch in ink and wash. You can also find her on her e-bike as often as she can get out.

How long have you volunteered with DWDC?

I joined DWDC as a supporter in 1988, when I lived in Ontario – that’s 33 years ago now! I was 35 years old. People my age, at that time, were not interested in end-of-life issues. Many friends thought I was macabre for thinking about my own dying. I joined with my then-partner and my mother because we believed in choice (in our dying too) and DWDC was the only place we could get a “living will,” as Advanced Care Directives were then called. In 1997, my mother had a peaceful death with me at her side. I was her substitute decision-maker and knew her preferences about end-of-life care because we’d had many conversations as we completed our Living Wills. Now, I act as a volunteer witness to MAID requests (witnessing the legally required B.C. form) and because of COVID I do this virtually. It’s a small but important role to help people who have no one else to ask.

What motivates you to volunteer with DWDC?

I moved to Nova Scotia in 1999; there was a new DWDC chapter led by Sheilia Sperry in Dartmouth. I had followed the organization and supported it over many years, so I was interested in becoming more involved. In 2013, DWDC’s Executive Director was Wanda Morris and she visited Halifax. She gave a fantastic media training to all the community volunteers. I used my professional background in communications and public relations to help organize media coverage for the public speaking events we organized for her. The work was stimulating and important; and the other volunteers were so good to learn from and work with. Later I gave 14 small Advance Care Planning workshops in my area. Each was an intense, often emotional, three hours and people were grateful for the information and support to make their own plans. I learned a lot from each of them.

What do you enjoy most about volunteering with DWDC?

I moved to Victoria in 2015 and did not know the influence of the Sue Rodriguez case here, though I had heard of her. In December 2015, Wanda Morris contacted John Priddle, Jeffrey Brooks and me, and we agreed to form a chapter if there was local interest. In mid-January of 2016, we called a public meeting and information session at the downtown public library. The room was packed. People had so many questions and experiences to share. We knew we were doing something important. It was a busy and exciting time in the movement for choice, especially when the Supreme Court decision came down and then the federal law from Bill C-14. We were part of this work as volunteers, speaking and working with politicians, especially during the development of the law, holding public meetings and developing our chapter’s witnessing work. We also helped the national office develop the witnessing policy for DWDC chapters to use across the country. My involvement has been rewarding on many levels. It may sound odd, but it’s been a lot of fun because of the interesting and committed people involved.

Do you have a lived experience related to end-of-life?

Yes, my mom died a peaceful death from pneumonia (secondary to frontal-temporal dementia) because I knew her wishes for non-aggressive treatment. My father, on the other hand, had an agonizing death from lung cancer in 2007. Dad had also had problems with cognitive decline, although never received a clear diagnosis of dementia. Like most DWDC supporters, I think a lot about what I would want if I developed dementia because of my personal experience with it. I’d like to see choices expanded in the federal assisted dying legislation to reflect what so many Canadians want. It’s important to think about how you’d like to die ahead of time if you want to have any say in that process. I certainly do, if at all possible, so I’ve legally put in place my preferences for end-of-life care. Not surprisingly, I find that my values from 33 years ago just strengthen as I age. 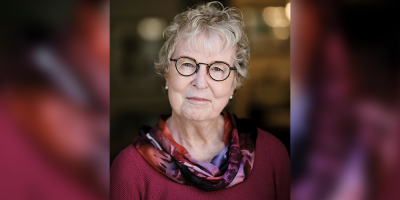 Dying With Dignity Canada's longevity and success is due in large part to the many volunteers who work on the local and at the regional level. We have Chapters across the country powered by people passionate about end-of-life choice. 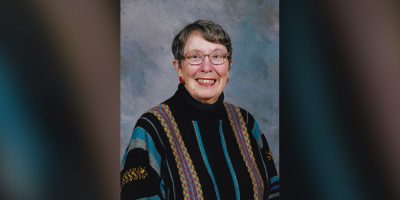 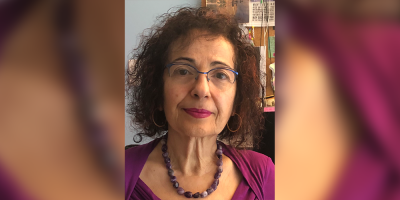 Nora is a writer, editor, blogger, teacher, translator, interpreter and a presenter for the Greater Toronto Area (GTA) Chapter of Dying With Dignity Canada.