When Sheila Bradshaw reached out to the Victoria B.C. Chapter of DWDC from Cowichan, it became clear that there was a need for representation further north on Vancouver Island.

Motivated by both her parents’ difficult yet different death experiences, Sheila wants to help disseminate useful end-of-life choice information that prompts people to think about and record their wishes. She also believes there are gaps in the information available and provided to families about being present at a MAID provision.

In early 2022, both Sheila and another individual reached out to the Victoria Chapter about volunteering. The folks at the Victoria Chapter suggested the two connect and consider starting a Chapter, because there were often requests from people north of Victoria that they could not fulfill.

It started with a Zoom call; both discussed their motivations, philosophies and how they wanted to be involved, followed by basic housekeeping about the best times to meet and move things forward. Two more volunteers quickly joined.

The first goal established was that the Cowichan group needed a proper governance framework to work within, which Dying With Dignity Canada provided. Then, the group caught up on the current research and legal evolutions of assisted dying in Canada, and started a list of potential contacts, informing the beginning of an outreach plan.

“The Victoria Chapter was so helpful. Gwen and Lynne were extremely encouraging and very supportive. They shared documents and foundational paperwork to help us get established.”

The original group included four people; one moved on and others have joined since. “Part of forming a DWDC group is sharing stories and beliefs, establishing peoples’ skill sets, what roles they want to take on and how much time they want to commit. People figure out where and how they best fit, but this often changes, as is true in any volunteer organization. We’ve been fortunate as our small group includes many talented, deeply committed people, including two from the medical community.”

Sheila recently attended an ACP session held by Susan of the Victoria Chapter, in a nearby retirement community, and realized that these conversations need to start much earlier. “One of my goals is to have these dialogues with much younger people. I think that people should have to write their Advance Care Plan when they get their driver’s licenses. It sounds macabre, but that may normalize conversations about death and dying; I believe it’s a part of growing up, and developing responsibility and perspective.”

Dying With Dignity Canada’s mission and work has been supported by volunteers since its inception in 1980. The need for workshops on Advance Care Planning, assisted dying and end-of-life choice is still vital in Canada; we are grateful to everyone starting conversations and reducing the stigma associated with death and dying. 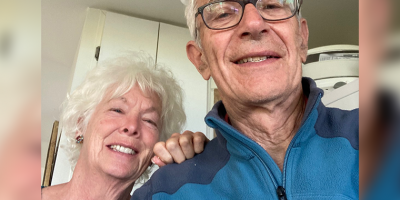 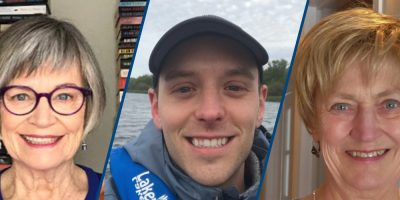 Every day, Dying With Dignity Canada volunteers contribute to our mission and commitment to improving quality of dying and protecting…