Tammy’s story: How I’m creating space in my Vietnamese family to talk about death, dying, and end of life

Home / Personal Stories / Tammy’s story: How I’m creating space in my Vietnamese family to talk about death, dying, and end of life

Advance care planning involves having difficult discussions that require individuals to navigate often complex aspects of culture and family relationships. In this special Dying With Dignity Canada blog post, supporter and volunteer Tammy Pham talks about how she’s opening up space for conversations about death and dying within her Vietnamese-Canadian family, where such topics are often considered taboo and avoided. She also provides insights and tips on how people can overcome cultural barriers to initiate and foster these important discussions.

When I was a child, my aunt died from cancer. My parents never really sat me down to explain what was happening. I have memories of being at the Vietnamese church for the funeral, having to greet so many extended family members I never knew existed. As a teenager, I realized how much I didn’t know about my aunt. I began to ask my parents open-ended questions: “What was she like? How did she die?” They would answer my questions vaguely, with answers like, “She did a lot of work with the church,” and, “She died from cancer.” These short conversations happened in places like the kitchen while my parents were cooking, or at the dinner table before quickly moving on to a different topic. There was little eye contact between any of us. All of us looked hard at what we were doing in the moment — whether that was the pot on the stove or focusing on our food as we ate. 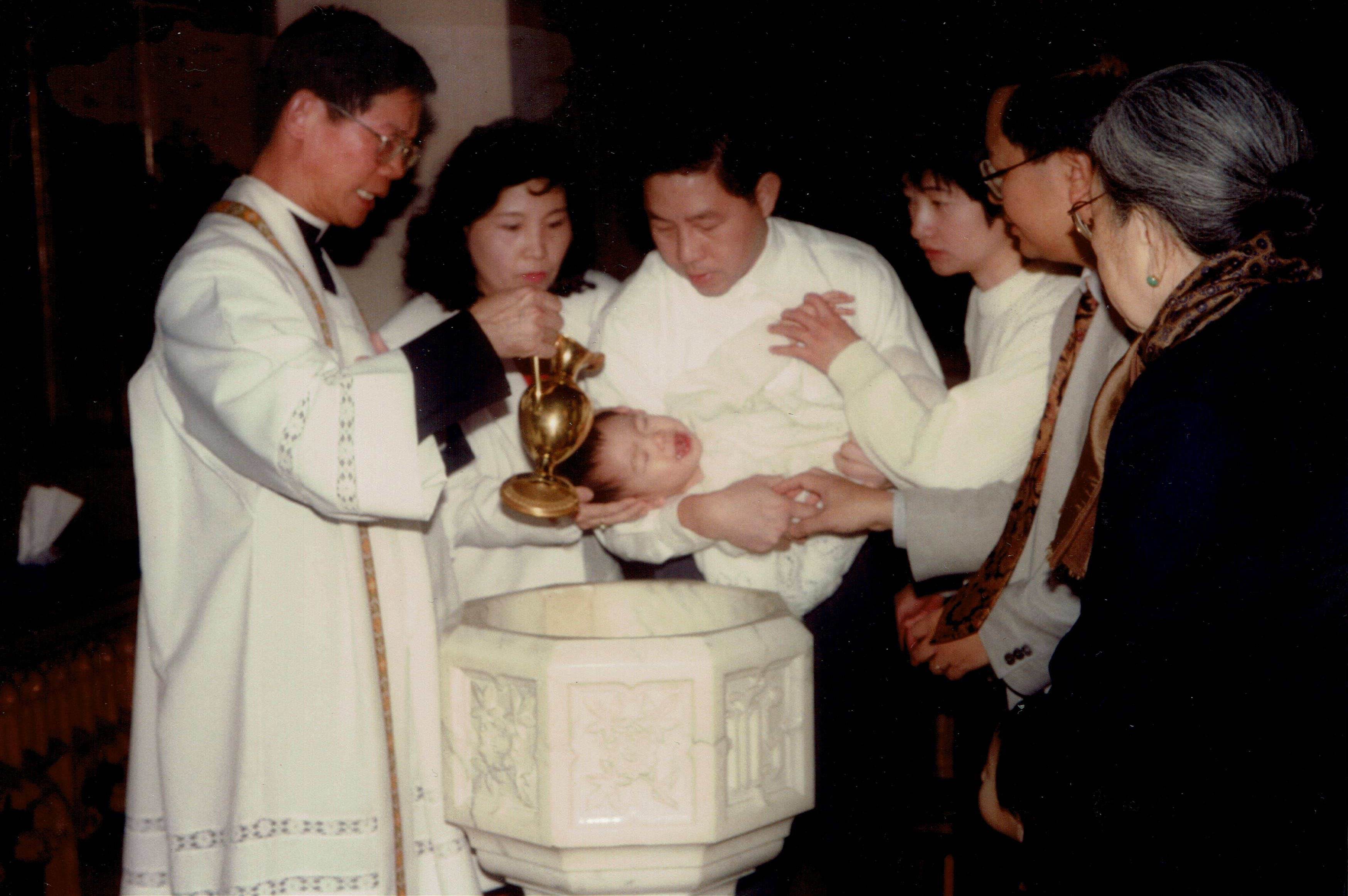 Tammy’s baptism at a Vietnamese-Catholic church. Her aunt, second from the left, was Tammy’s godmother.

Eventually, I began to ask more specific things, such as, “Was she nice? What kind of work did she do with the church? What kind of cancer?” My parents would still dance around my questions or have trouble remembering, but I would get a little more information each time. Sometimes I would have to ask the same question multiple times in different ways in order to get an answer that satisfied me. “Did she have difficulties accepting that she was dying? Did she want me and her children to know she was dying? Did she buy me that Christmas present knowing it would be the last Christmas present she would give me?” I would have really appreciated an explanation of her death so I could understand and process what was happening.

I was a young teenager when my grandfather was diagnosed with lung cancer, underwent therapy, had two strokes, and eventually died. Again, no one really sat me down to talk about what was going on. As is Vietnamese tradition, my grandparents lived with me in my parents’ house, so I saw my grandfather’s deterioration every day. I remember my parents’ stress, and my grandfather’s transition to the hospital and eventually palliative care. I am only able to tell this story in retrospect, because most of the information I got at the time was from listening to my parents talk to other family members while I sat quietly in the background. 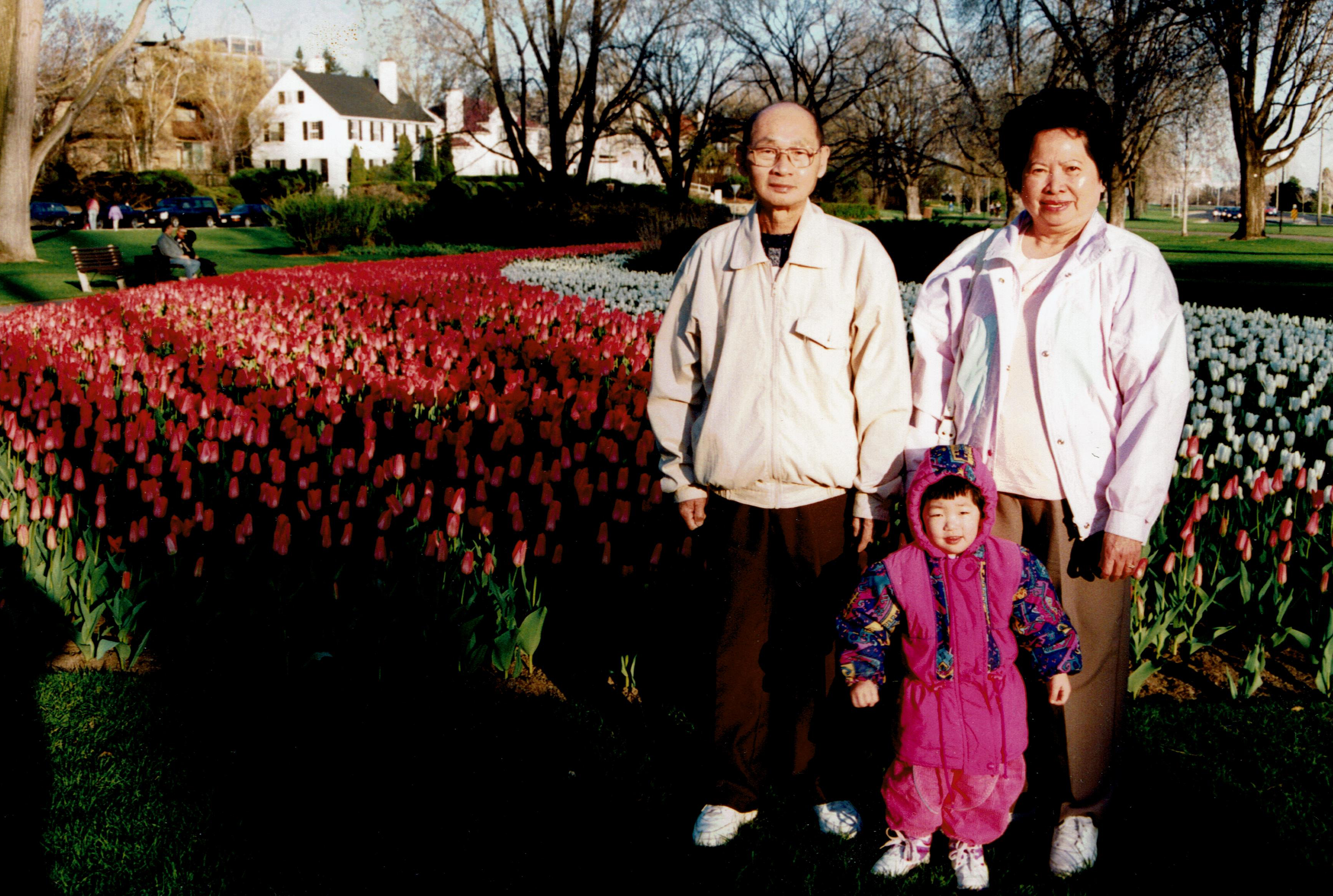 Tammy as a toddler with her grandparents.

I remember visiting my grandfather in the palliative hospital after his second stroke — it was scary seeing how much his health had drastically deteriorated. On the night he died, I overheard that family from out of town would be driving in. I told my parents that I wanted to be there for his death, to join in the Vietnamese rituals and prayers around the deceased body. My parents’ attitudes about death are heavily influenced by fear of hospitals and death as well as the Catholic faith. They told me that it would be too scary for me, that I was too young, and that the Vietnamese rituals conflicted with my Catholic upbringing. After my grandfather’s death, my family was able to reminisce about him in a way that was cathartic for me, but I still wish I had been there to say goodbye to him on the day he died.

In traditional Vietnamese culture, parents and children are never friends. There is a social hierarchy where parents must be strong and guide their children, and children must respect and follow their parents.

To be vulnerable around your children would be to fail them. These traditions have evolved over time, but for my parents, there are lingering effects that have affected our relationship. I would say the two main barriers to talking about death with family are opening up emotionally and accepting the concept that children can support parents; it doesn’t have to be an entirely one-way relationship.

In a similar way to how I have approached conversations about death in my family, I have also had short conversations about my parents’ end-of-life care over time. I think more important than knowing what my parents would want in specific medical situations is knowing what is important to them, what they are afraid of, what they consider quality living. I’ve come to know these things about my parents not from end-of-life conversations specifically, but by asking them to talk about things they are passionate about.

I know how much they care about their faith from asking why they converted to Catholicism and raised me in the religion, and I know how much they fear death from asking if they believe in spirits and ghosts. I ask my parents how they feel about being caregivers to my two grandmothers: do they want someone being a caregiver in the same way for them? I ask them if they want to be in a nursing home if they had the same medical condition, or if they would want aggressive treatment if they had a non-reversible condition. Often they don’t know the answer, and respond that they would only know if they were in that situation.

Seeing more people of colour opening up to end-of-life conversations might allow others to feel more comfortable. I think people like me should be more outspoken about our experiences in order to create space for other people of colour whose conversations may be tinged with different cultural and social barriers. When DWDC approached me with questions specifically about my experiences as a person of colour, this created an excellent opportunity for me to open up and highlight my differences and my experiences.

As advice for other people from communities where death is a more taboo topic with complex cultural considerations, what worked for me has been a progression over time. My advice would be to start with simple questions and to slowly work your way to more complicated ones.

Before introducing conversations about end of life and death, I needed to try to open up my relationship with my parents so that we could talk about our emotions. I would ask them about their work, what stressed them out, or what made them happy that day. I also needed to show them that I was mature enough to handle these conversations and to support them. After hearing about their day, I would offer, “Is there anything I can do that will help you feel less stressed?” My parents always answered “no,” but just asking the question showed that I was ready to support them.

The timing of these conversations is important. Though we may want to have intimate conversations with our family, we have to approach them in an environment that is not threatening to them. For me, the easiest was when my parents were cooking, or driving, and then eventually at the dinner table. This way, they didn’t need to maintain eye contact and they were in a comfortable environment despite being asked uncomfortable questions. Even if you never talk to your family about death explicitly, you can still talk to them about what matters to them and what they are afraid of in life. These conversations will let you know what is important to consider in their end-of-life care. 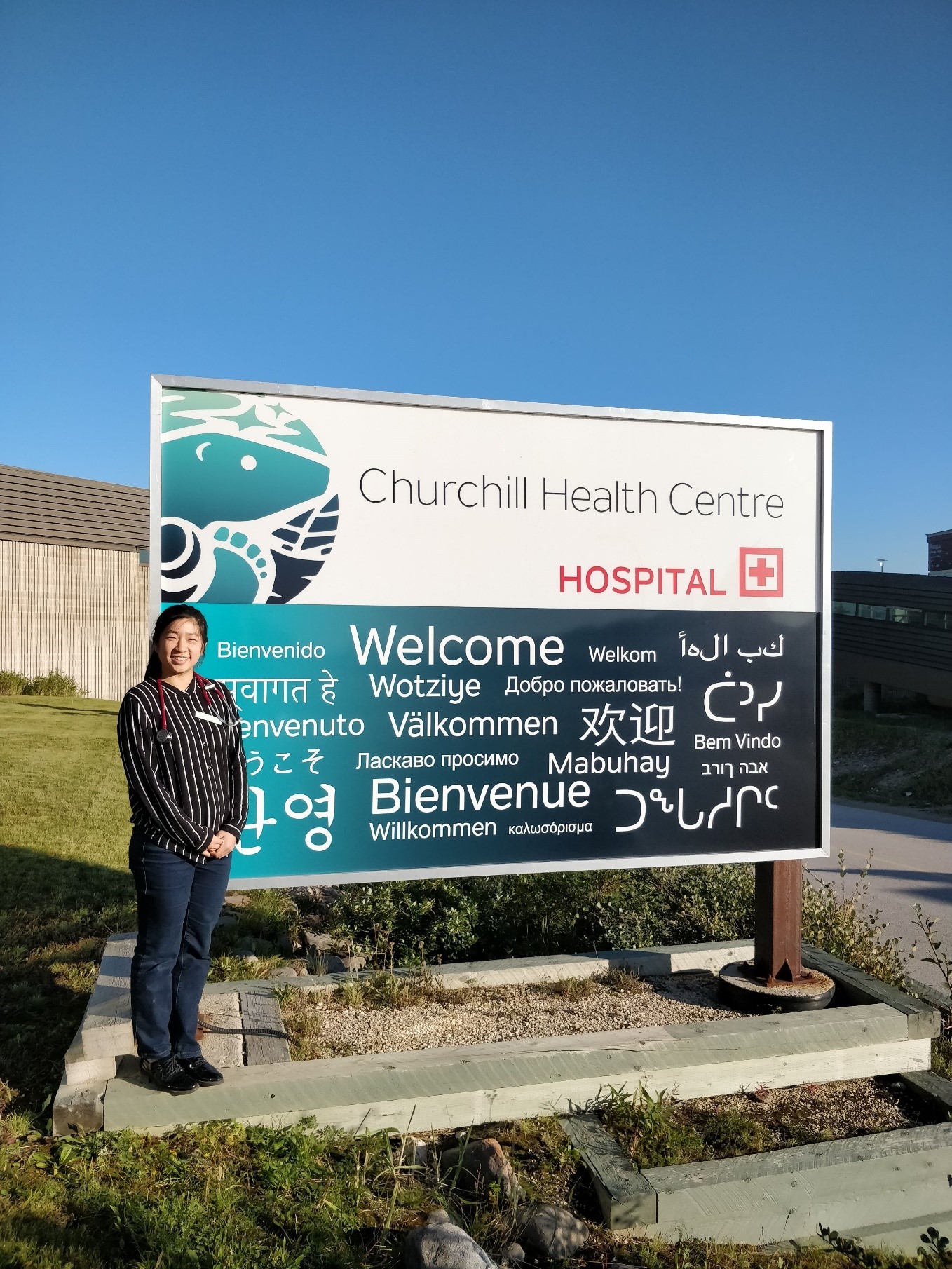 Tammy in Churchill, Manitoba — the Polar Bear Capital of the World — for a family medicine clinical rotation as a physician assistant.

Tammy Pham is a researcher and aspiring physician assistant currently finishing up her second master’s degree, a Master of Physician Assistant Studies, at the University of Manitoba. She is currently conducting research on end-of-life communication and decision making in hospitals.

We interviewed Tammy when she was finishing her Master of Science degree in cellular and molecular medicine. While spending her days in a laboratory with human and mouse cells, she also founded the first and only on-campus chapter of Dying With Dignity Canada at the University of Ottawa.

Dying With Dignity Canada is immensely grateful to Tammy Pham for sharing her invaluable insights with us. Thank you for being outspoken about your experiences and paving a way for others to do the same.