An Old Story About This New Place

Home / Personal Stories / An Old Story About This New Place

Canadian poet Richard Harrison’s mother chose a medically-assisted death on July 5, 2017. His essay on his experience with her that day, “It is to that Bedside that I go,” was published on CBC’s Ideas and the Dying With Dignity Canada blog. In this piece, Richard begins the search for the meaning of that experience in a connection between it and a familiar story from the past.

One word that comes up again and again in the conversation about being the witness and helper in the medical assistance in dying (MAID) experience is “surreal.” Our role splits many of us. On one side is our desire for our loved ones to live. On the other is our support for those same loved ones in their choice to die at the time and place of their choosing instead of ending as shadows of themselves at the end of a chain of days of suffering without cure.

Almost daily, still, I go over my own experience. I wasn’t prepared for it, but few of us are. There is still so little research done on the experiences of people like us, the witnesses and helpers. But that isn’t as much of a surprise as I would have thought. MAID is new in our culture: arranging on schedule the voluntary deaths of people who would otherwise live for an appreciable amount of time. And making sure that the procedure they have requested is carried out before they are in such pain, or under the power of so much medication that they are no longer rational enough to consent.

It makes sense, too, because the major work of those in support of a dignified, chosen, and medically-assisted death has been to achieve it. And while I know that there is still the ongoing work of making MAID available to all who want to choose it as the kind of choice we have the right to make about our own bodies, that work is at a different point now than it was a few years ago. What I think needs to be done is to broaden the discussion to include all the strange and contradictory elements in play.

MAID is still a death, and death is complicated. MAID is a choice one person at the centre of a family or community makes, and so it is complicated that way too. And MAID is a moral choice with all the complexities involved not just in making the right choice within an established moral code, but in changing it. We are only at the beginning of making sense of it as a whole.

One of the hardest things I’ve found to explain to others is what it is like to be talking coherently and reasonably to my mother in the same way I am talking to them, and how then, 10 minutes later, she was gone. And how everything in me that was raised to honour life for life’s own sake had to stand back and watch while I, for her, put every effort into making it easier for her physician to end her life, and for her to leave with smiling faces as the last faces she saw. I know I am not alone in that. I also know that even if I’d been told what I’ve told you so far, and that others had felt this, too, I would still have not been prepared for what happened. 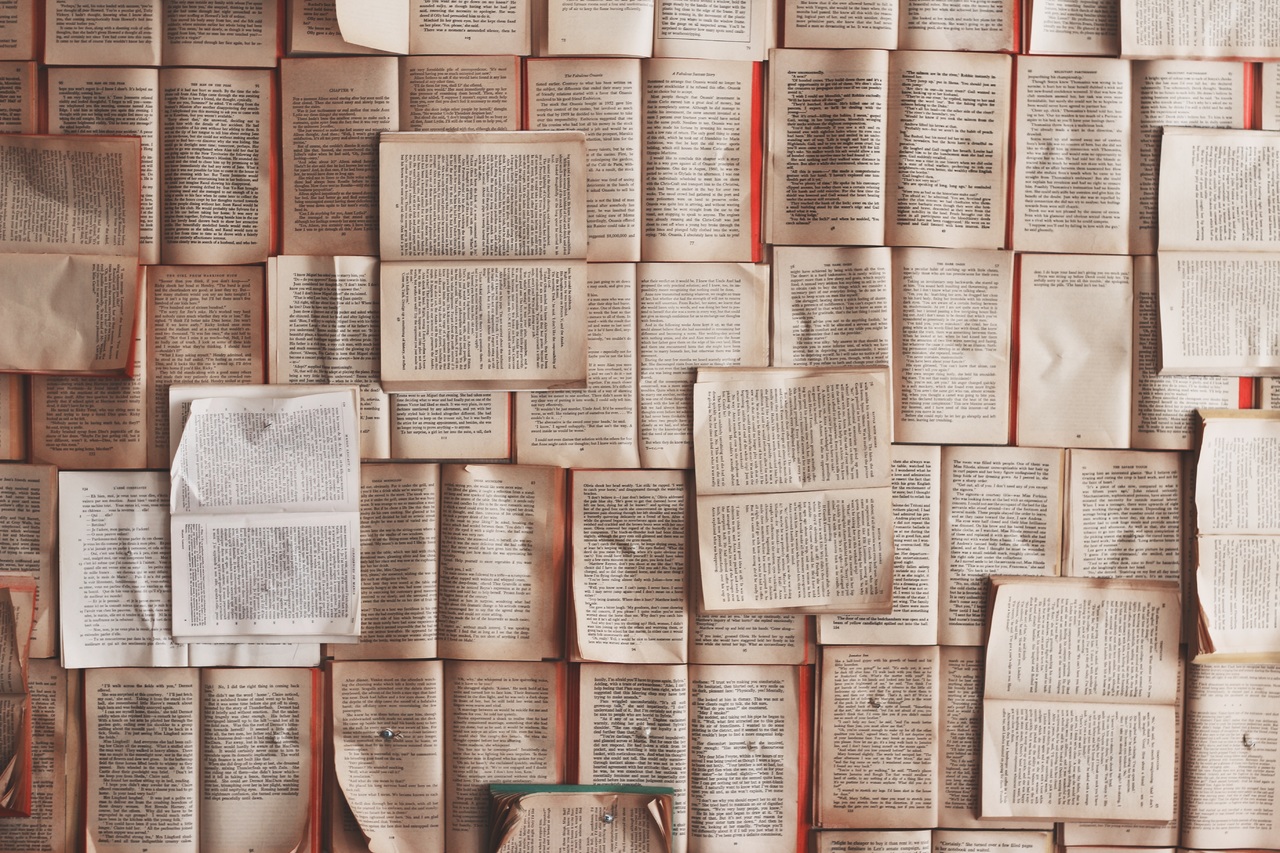 One of the ways I explain why stories are important isn’t just because they provide words for things the writer, and maybe the audience, have already felt, but that a story can often give you language for things you haven’t felt yet, but are still waiting for you anyway somewhere in your future. One of the ways we make sense of our lives, particularly when they are most puzzling, is by relating what happens in the moment to stories we’ve been told about the past — and the lessons that have been learned from them, sometimes from centuries if not thousands of years of human experience. It’s the way we give the baffling present we share with each other a meaning that has been shaped over time. So I started to look among stories I knew for words to make sense of the contradictory place I found myself in with my mother’s death.

My most disconcerting emotion was that I had betrayed something — but it was an odd betrayal. In order to be true to my commitment, out of love, to preserve my mother’s happiness, I had to turn away from my commitment to preserving her life. Ideally, I think, all your moral commitments will line up and not contradict each other; surely doing what’s right in one sense can’t mean doing what’s wrong in another. But that’s not the way this turned out for me.

As I said in “It is to that Bedside that I go,” I am not a religious man, but if I am to be open to all stories, I cannot be blind to the importance of stories that religions offer us, and this is a story I found myself going back to with my new and puzzling experience in mind: Peter’s denial of Christ. I know that sounds strange. The story of the low point in Peter’s life as a disciple wouldn’t seem to lead me to the understanding that what I’d done was right. But just as stories make new sense of life, life makes new sense of stories.

Peter’s story is a contradiction as well: he is the one whose expression of the meaning of faith leads Jesus to rename him “The Rock,” and then to turn the phrase “upon this rock I will build my church.” Yet the way that I heard, and read, that story, Peter’s later denial is an act of weakness that Jesus himself predicted, and that he never forgave himself for, even though Jesus did. On that reading, Peter’s is a story about human frailty and divine forgiveness.

But now I think there’s another message in it to take to heart, and the reading that finds it begins with hearing Jesus differently when he says, “You will deny me three times before the rooster crows.” If Jesus is making a prediction, then the sentence sounds the way it is written — simple and direct. So when Peter replies that he would never do that, it sounds like a denial, and it’s a denial that makes sense. Peter loves his Lord. He says he would lay down his life for him. Peter is the foundation of the church to come. Why would he be one of the least faithful of the disciples? And more than just saying he would lay down his life, according to the Gospel of John, Peter actually takes up the sword against Jesus’s enemies, cutting off the ear of one of them, before Jesus stops him; if any one of the disciples cared less about his own safety in order to protect the life of the person he loved, it was Peter. 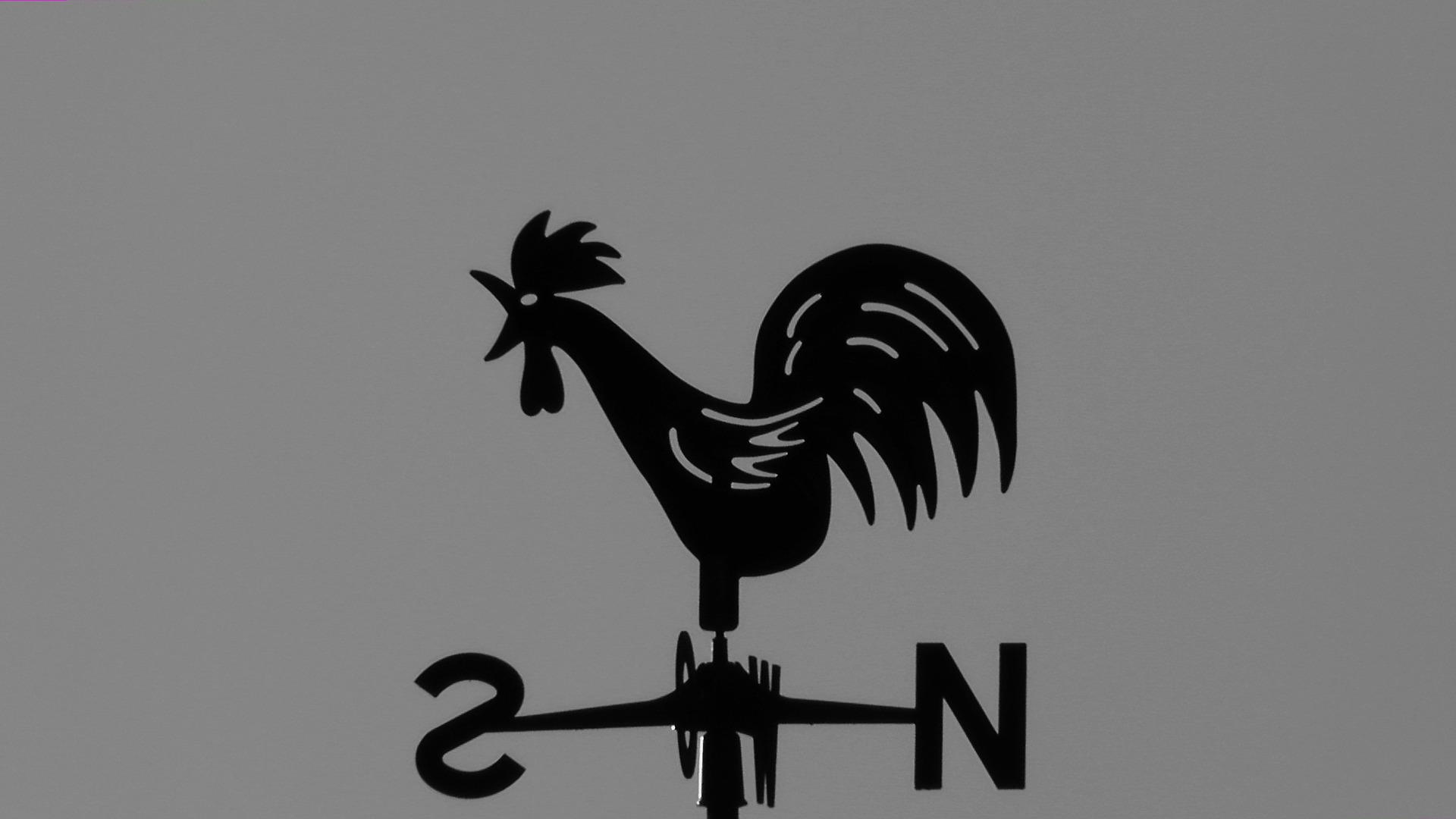 But on the story as I understand it now, Jesus has an even greater sacrifice for Peter to make because Jesus has something more important to protect than his own life: his will that there be a church to continue his work. Peter is perfect for this task, but Peter has to live in order to complete it. And in order to do so, he has to escape even though Peter is one of the most publicly identifiable of Jesus’s followers. Peter could try to sneak away after Jesus is arrested, but if he’s caught, he’s doomed. So now when I read Jesus saying, “You will deny me three times before the rooster crows,” I hear it as, “You will deny me three times,” meaning, This is what you must do. This is the task I give you.

When Matthew tells of Peter saying back that he would die but never deny Jesus whom he loves, instead of reading it as weakness now, I read it as what I would have said to you if you’d asked me 20 years ago to help my mother die. “I wouldn’t do that,” I would say as in, “I couldn’t.” At the time, maybe I would have been right about myself. I was certainly right about the world I’d grown up in. But in the end, I did what I didn’t think I could do, and I did it for the sake of someone whom I loved whose decision about what to do with their life was more important than a few months more of it.

I wasn’t in a new position in moral life; I, and everyone like me, was in one where the pattern had been set for more than 2,000 years. I felt the contradiction and the fear that was described in that moment when you have been asked to do what feels impossible. The story knows how difficult that is, how much of yourself you must turn around in order to do it.

For further proof, I’d say, go and look at how Peter denies Jesus. He deliberately goes to the palace where Jesus is being held, a place where the people were who would have seen Jesus and his followers and been able to identify them. One does, and then another, and then a crowd. And every time Peter denies being a follower, he gets more and more outrageous in his denials — he does everything Jesus’s followers are told not to do when telling the truth: he swears oaths, he exaggerates, he makes a big show of himself. And he is persuasive. You can see the crowd thinking, “He doesn’t even deny being a follower the way a follower would deny it. Let him go.” And so Peter is successful. Christ’s will is done.

But here’s the other part of the story that I think makes it even more fitting to be the one to speak to me and those like me. Peter weeps at the very moment he carries out what is given to him to do, and I wept not just for my mother’s death, but for my part in it. Peter is never explicitly forgiven by the resurrected Saviour; in John’s account of their final conversation, all Jesus does is ask him three times “Peter, do you love me?” There is nothing to be forgiven because the answer is Yes. But there is something Peter knows now that none of the other disciples do, and his story helps me know what I know now: perfect love itself can ask us to do something we would never do otherwise, and that doing will feel like a wound even though it is a kind of healing. 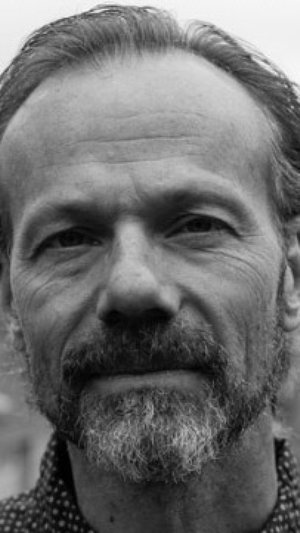 Richard Harrison is a Canadian poet and essayist. His most recent book On Not Losing My Father’s Ashes in the Flood won the 2017 Governor General’s Literary Award for poetry. The book, which Harrison spent 11 years writing, is both an elegy to his father and a love letter to their shared passion: poetry.

Harrison lives in Calgary where he teaches creative writing at Mount Royal University. On Not Losing My Father’s Ashes in the Flood also won the 2017 Stephan G. Stephansson Award for Poetry.