Kathleen Farago wanted nothing more than to finally “go home.” She had suffered for decades with incurable medical conditions before being diagnosed with ovarian cancer on her 65th birthday. Kathy received the news with relief, cheekily calling the diagnosis her “get out of jail free” card. In this stunningly written blog post, her husband Paul Chefurka remembers their love story and his beloved Kathy’s final weeks and moments before the peaceful death she had chosen with enormous strength and resolve.

On the evening of September 6, 2017 our living room was its usual familiar, comfortable, cluttered mess. Outside the front window, late afternoon sunshine slanted through maple leaves. An hour before, Kathy had eaten a small dinner — three exquisite grilled scallops and a crème brûlée from her favourite restaurant, whose owner had been astonished and thrilled to be asked to prepare a meal for such a special occasion.

After her final dinner, Kathy decorated her favourite blue leather recliner with a pale yellow afghan she had crocheted 40 years ago and an assortment of her beloved silk scarves. Around her neck she hung the amethyst pendant I had bought for her birthday in 1976. It had become the symbol of our love, remaining close to her even during the 30 years we had been separated.

There was no fear to be found anywhere. Five months ago, when she received the diagnosis of ovarian cancer on her 65th birthday, she had told me with a smile that it was her “get out of jail free” card. For the past 20 years, a host of nasty, unfixable ailments had turned her life into a morass of symptom-management misery. She wanted more than anything to leave, to be able to “go home.” She had refused any cancer treatment, and had spent the time since then preparing herself for this moment. Now her air was one of deep relief that the time was finally here, overlaid with calm curiosity and half-suppressed eagerness. 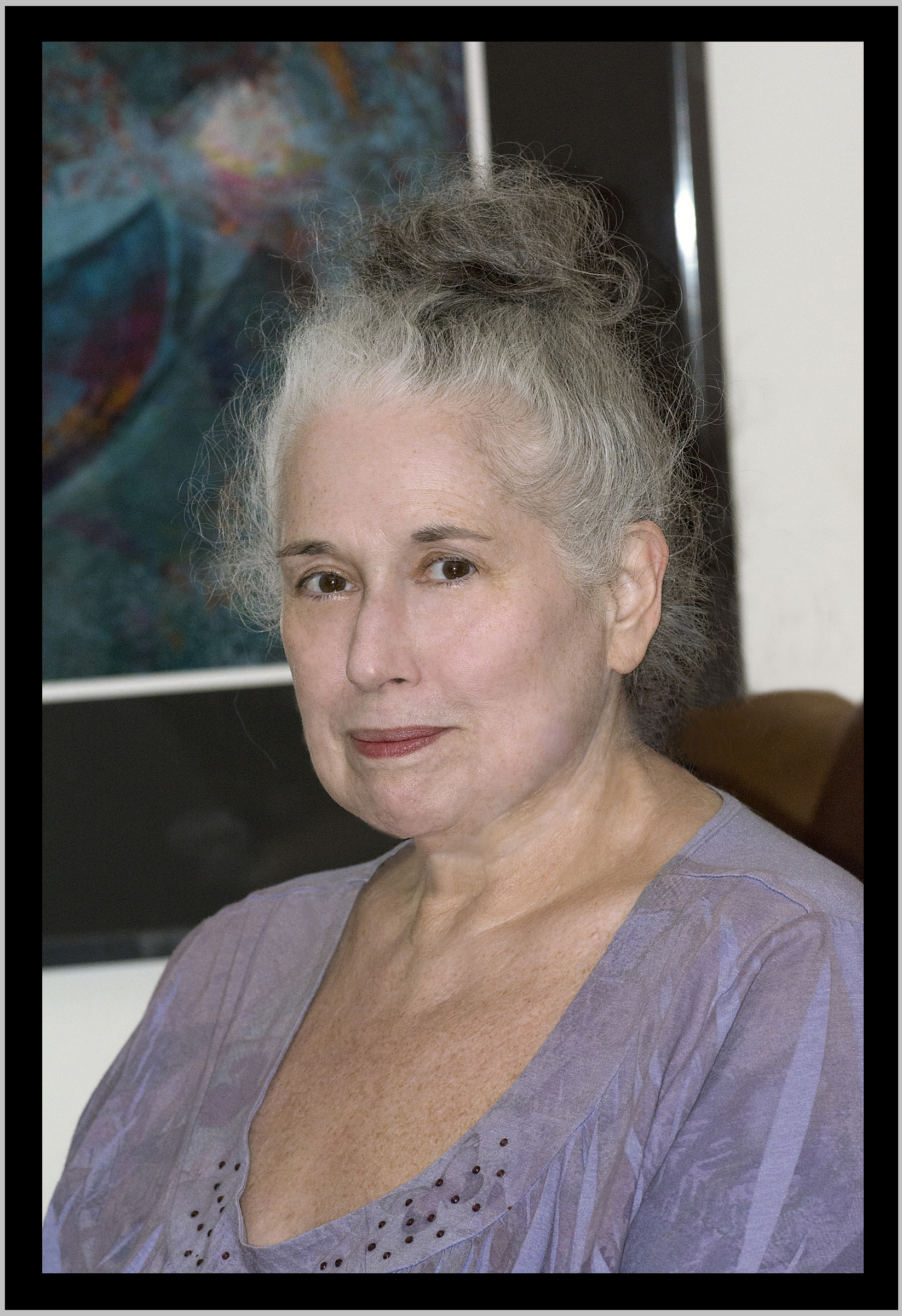 My mood was one of supportive, loving resolve. When Kathy and I had reunited as soulmates in 2010 after being lost to each other for the previous three decades, we vowed to pack a 50-year marriage into whatever time might remain. I had promised myself that whatever Kathy needed I would do my best to give her. I was keeping that promise.

We said some heart-full goodbyes, but they didn’t have the same sense of urgency they had two weeks before. That was the night I sat with Kathy, holding space for her as she made two consecutive unsuccessful attempts at suicide. She had a bone-deep distrust of bureaucratic institutions, especially medical ones, and was trying to keep her fate in her own hands. However, the following morning she made the decision to turn the task over to the professionals by requesting a procedure known as medical assistance in dying that had been available in Canada only for the last year. She knew what she wanted, and for once the system did not let her down.

At 6:00 Kathy settled herself into the recliner. In my mind’s eye it became her seat in the back of a small ferryboat on the bank of the River Styx. I took some photographs of her.

At 6:30 Charon the ferryman arrived, in the person of a gentle Indian anesthesiologist. He asked Kathy if she was sure this was what she wanted, and she smiled as she said, “Yes.”

The nurse who was assisting put an intravenous line into the back of Kathy’s left hand as the doctor began laying out large syringes of midazolam, propofol and rocuronium.

I sat facing Kathy. We kissed and held each other’s hands. The room went utterly still. The doctor’s voice emerged into the silence: “Are you certain that you want this to go ahead?” Once more Kathy said, “Yes, please.” 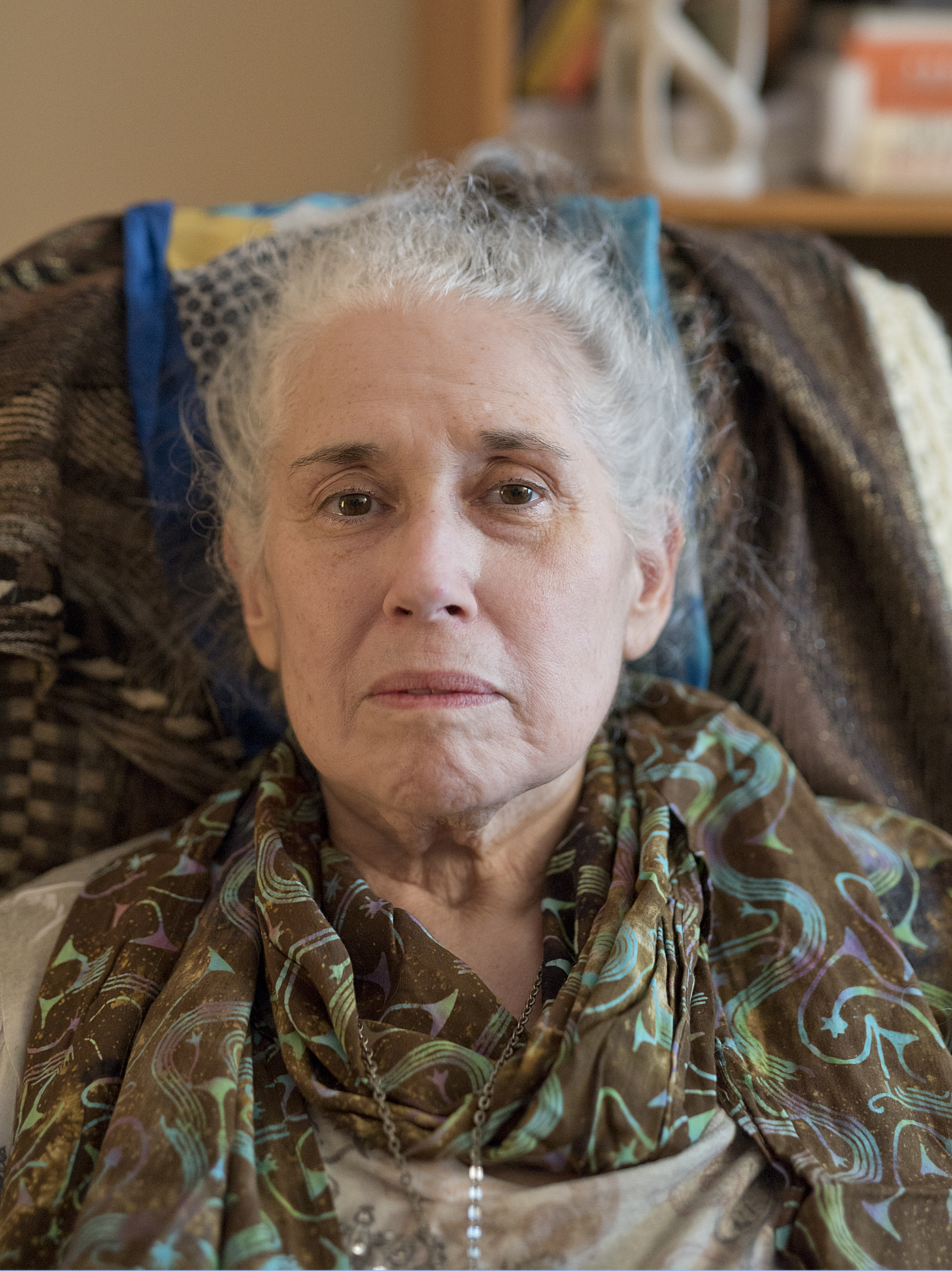 Kathy in the moments before her peaceful death.

We gazed deep into each other’s eyes, touching souls and feeling the eternal bond that made us one. She smiled again, and her gaze seemed to turn toward more distant visions.

Kathy’s eyes sank gently closed. There was no other sign of what was happening. As the doctor pushed propofol into her vein, her breathing slowed. Before the third syringe was empty, it had ceased.

After the doctor had checked carefully for a pulse, he turned to me. “She’s gone.” I heard the nurse announce the time — 6:49. A remote silence roared in my ears.

There was some paperwork. As we waited for a call back from the coroner, I showed them some of Kathy’s visionary digital art. They said their goodbyes and left.

I kissed her one last time. With some difficulty, I picked up my camera again. I took the final picture of my beloved. I sat with her until two men from the cremation service arrived. I declined their invitation to walk with the gurney out to their waiting vehicle. The door clacked shut behind them. I said a silent Buddhist prayer: gate gate paragate parasaṃgate bodhi svaha.

“I honour her courage”

I had some initial misgivings about posting this final photograph. But Kathy had given me repeated permission to do whatever seemed right following her death, and in the end this seems the right thing to do. By showing it, I honour her courage, her resolve, her heart, her wholeness, her self-awareness, and her deep commitment to the flow of life.

At the same time I hope to unveil the moment of death a bit. In my own small way I am trying to remove a few of the barriers that have been placed between us and death by a culture that is inexplicably fearful of it.

In the words of one transdimensional sage, “Dying is perfectly safe. It’s like taking off a tight shoe.” He is right.

So, do go gentle into that good night. Embrace, embrace the dying of the light.

I love you, Kathy. May boundless joy be yours.

Dying With Dignity Canada is immensely grateful to Paul for sharing this powerful and beautifully-written story about his beloved Kathy and her choice. We are thankful Kathy was able to “go home” at the time of her choosing.