As a MAID assessor and member of Dying With Dignity Canada’s Clinician’s Advisory Council, Valerie Cooper is a palliative care nurse practitioner (NP) who assesses patients for medical assistance in dying (MAID). From Kingston, ON to a small Texas border town, she’s cared for patients in diverse settings. In this two-part series, Valerie provides valuable insight into the experience of a nurse practitioner who understands the integrated nature of MAID and palliative care. This is Part 1 of a two-part series.

I still remember my first experience assessing a patient for medical assistance in dying (MAID). He was instrumental in how I approached all my patients going forward.

He was an elderly gentleman who lived on a farm with his son and he had lung cancer. I met him to provide palliative care, and about six weeks after I had met him, I got a call from his family doctor to say that the son had just called and said his father was asking about MAID. The doctor knew I’d gone to the training, so she asked if she could come with me to do a joint visit so we could discuss the specifics about the procedure with the patient and his son.

I pulled out my assessment document, which was a compilation of examples from different practitioners who were trying to piece things together in those early days. It was a work-in-progress document so I explained to the family doctor that it was my first assessment ever, but I was happy to have her along to work and learn together.

When we arrived, I began by asking this gentleman, “When did you first start thinking about MAID?”

“What prompted you to start thinking about this or considering it?”

“I saw a piece on CBC News about it, and thought, I’m a farmer. This seems very much in line with my beliefs about life and death; when animals get to a point where they are not living the life they were meant to live, we do them a service. It speaks to me.”

“That was eight weeks ago — how come you are bringing this up with me now?”

“I’ve been thinking about it a lot, and things are changing, and I can see the end coming. I’m just ready. I thought, I should bring it up with my son and see what he thinks.”

I started to think back to the timeline — he knew about MAID, had been thinking about it for 8 weeks, and I had met him about 6 weeks ago.

I continued, “Would you have wanted me to ask you about this the first day that we met?”

That answer was a lot to sit with — knowing that he sat alone with those thoughts for 6 weeks when I could have been alleviating some of that anxiety and helping him process what he was going through. We continued with the MAID assessment and ended up shortening his 10-day waiting period. It was even more crushing knowing that it wouldn’t have had to be a scramble if I had just asked him earlier.

I was privileged enough to be with him when he received MAID, and before the procedure started, I told him that one of his many legacies would be that I would never let one of my patients sit, worrying and wondering about MAID. I would ask every single patient about whether they had any interest in it or wanted more information about MAID. My experience with him changed my practice.

The legacy of a powerful assessment

When I told the more senior members of my healthcare organization this story, they said, “Aren’t you afraid of what people are going to say when you bring MAID up?” And I responded, “The look on that man’s face and the angst that he sat with, alone, for that length of time, I don’t care if someone else tells me to get out of their house after I ask them this question. I would rather risk that than have somebody go through what this poor man did.”

Today, over two years from that point, I’ve never had anyone become angry at me for bringing up medical assistance in dying. It has always been a respectful, “No, that’s not something I want to consider,” and I leave it at that, or, “I have kind of thought about it, but I don’t know much about it, can we discuss?” Some people still don’t know it’s a legal option, which is really disheartening. And some respond with, “Yeah, that’s why I thought you were here!” It’s such a variety, and I never really know what I’m going to get when I ask that question.

In the beginning: Learning about death & MAID

I’ve been assessing for MAID since I got back from maternity leave, two and a half years ago. I was excited to return to work knowing this was an additional end-of-life option for my patients, but I also recognized that it was going to be a learning curve. I’ve been supported in my role where I work to be active in MAID, but because of provincial changes in health care, the push for all interested NPs to be providers has been stalled across Ontario for the most part. We’re waiting to see what health care in Ontario will look like. I definitely would like to be a provider when this becomes possible.

I think I learn every time I do an assessment. I learn different ways to ask questions, so obviously the first time was going to be trial and error. I ended up taking the education through the Ministry of Health and Long-Term Care in Ontario in the fall of 2017. That helped to shed some light on the legal side of things. More importantly, it increased my networking with other practitioners in Ontario who were practicing MAID or who would be. I think it brought together that support between colleagues that is such an important part of working in an area that can be polarizing. I think that started my push to want to be involved in MAID, not just as an assessor, but to understand the nuances around it, to be a resource for my local colleagues and to increase awareness and understanding of MAID as an option. As an educator at Queen’s School of Nursing I feel that my small seminar course, Hospice Palliative Care Nursing, and my undergraduate guest lectures are great opportunities to get factual, concrete, useful information to nursing students to take forward in their careers so that they have more of a comfort level with challenging subjects like MAID and palliative care when they enter the workforce. My role as an educator has really encouraged me to be more active in MAID so that I’m up to date with the information that I’m passing on.

Our society is so death-denying and it can be very uncomfortable to talk about the subject. Other than the course that I elected to take in my undergrad, I can’t recall even having a lecture or discussions or even readings about supporting patients through death. And I was in nursing school! We’re learning to become nurses, and 100% of the people that we deal with will die at some point. A lot of them will die while we’re interacting with them, no matter what specialty you end up working in.

I remember when my first patient died, I was working in Texas as a newly graduated nurse. It was a really hectic, not-for-profit hospital situated right on the Mexican border. We didn’t turn anyone away, so we saw all kinds of cases that I wouldn’t see here in Canada and do things that, as a new grad in 2005, I would never have been able to do in Ontario. My scope both professionally and personally grew a lot through that experience. 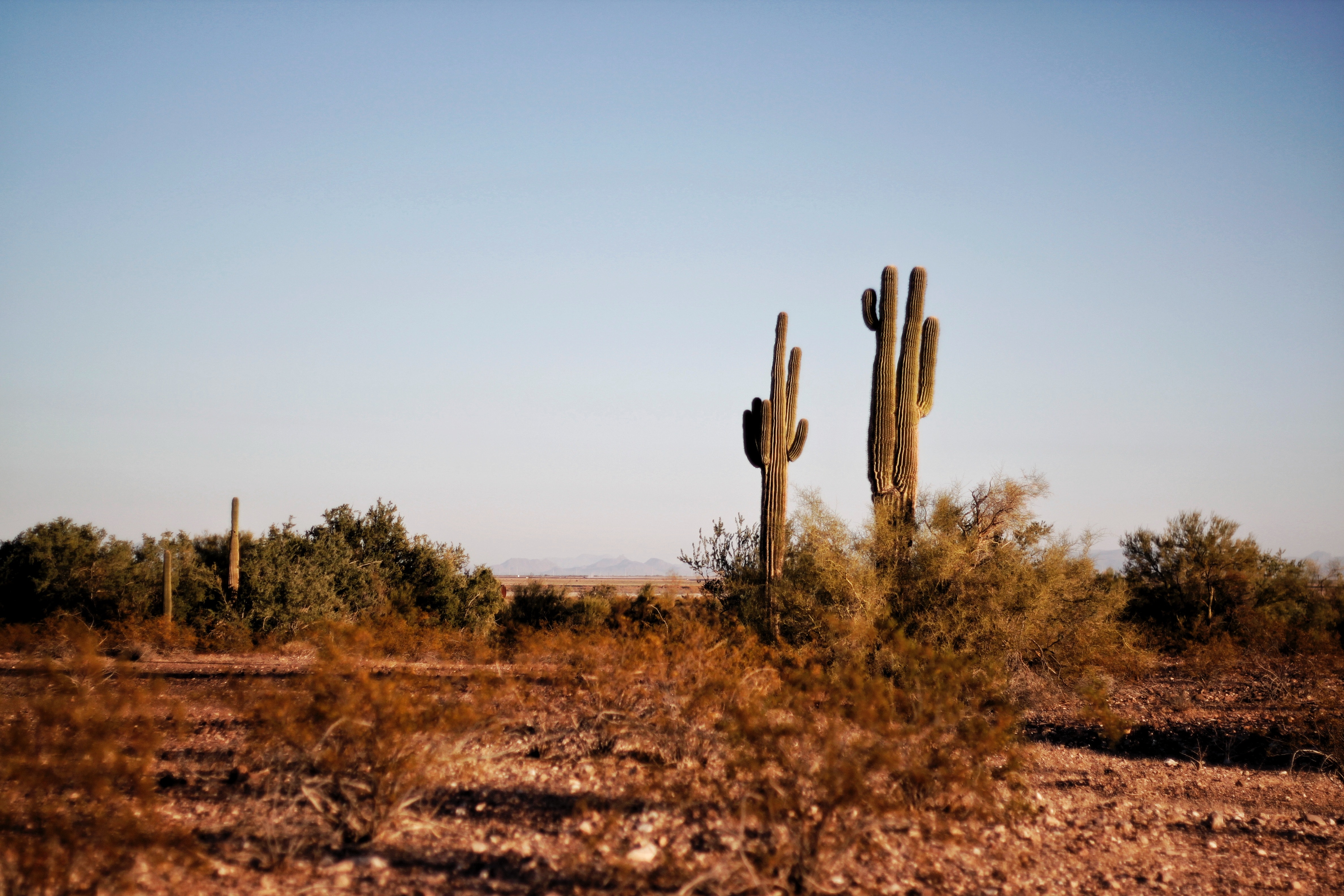 Valerie worked on the U.S.-Mexico border after graduating from nursing school.

It was incredibly traumatic when my first patient died; I had no coping mechanisms to deal with it because I had never seen it before. Because of my interest in death and dying, if we’d had a lecture on it or if there had been anything substantial in undergrad, I would have remembered. Even with the one elective I chose to take on the subjects of death and dying, I still felt very unprepared from a professional perspective to manage what happens when someone dies.

The irony, and we talk about it in palliative care circles all the time, is that approximately 50% of the population will have a baby, and yet we all do mandatory obstetrics rotations. You may be someone that chooses not to or is unable to get pregnant, so you may never revisit that material ever again in your career or in your life, and yet you’re required to do this in school. However, 100% of people will experience death in their lives, both your own and many other people’s deaths. It is a void that we in palliative care definitely recognize and we’re trying to do what we can to improve that, but from a societal perspective it really comes down to understanding how much our society pushes away from conversations around death and dying. I think anyone who works in palliative care does their best to normalize death and dying by discussing it and doing our part.

Over the past three and a half years, I have seen such incredible growth in practitioners who were initially against MAID, and who have come to realize it has a role in end-of-life care. It doesn’t have to be such a black and white/this or that approach. I think helping to understand where each side is coming from, that from either perspective, it can’t just be “one size fits all”. As a palliative care practitioner, I sometimes joke that I don’t know how I did my job before we had medical assistance in dying. That’s not to say I push MAID or that the majority of my patients choose it, that is definitely not the case, but for people to know that it’s an option – if things get too bad, if something changes that we’re not expecting – that there is something else to offer to them. This knowledge often gives them such relief.