Sharon has lived with mental illness for many years, and she supports the changes to Canada’s assisted dying laws to include those whose sole underlying condition is a mental disorder – potentially delayed beyond the original date of March 2023. She wants to share her story to bring context to the suffering that can accompany mental illness.

I grew up in a household fueled by generational trauma. Now that we understand more about mental illness, my siblings and I agree that our mother would have been diagnosed with borderline personality disorder. My father was a survivor of the Christian brothers of Mount Cashel. Dad was orphaned at four and through the 15 years he lived there, he had no contact with family. I was an overachiever with ambitions of being an engineer, psychiatrist or maybe an astronaut, all attainable, mostly chosen as attempts to escape my abusive home. My father did what he could to protect me as my mother ridiculed my goals, appearance, the very essence of me. As she “knew” would happen, I was pregnant in my last year of high school. Needless to say, my ambitions were thwarted by my circumstances.

My second pregnancy was a result of a gang rape orchestrated by my first child’s father.

Flash forward, I left my emotionally abusive husband of 22 years and moved to Montreal.
For the first time, I had a comfortable and supportive home for my younger children and me. This was sadly short-lived; on a day just before Christmas, I received a call that my children had been in a traffic accident.

The experience was unbelievably traumatic; not only because of the tragic death of my daughter and the injuries to my son’s body and brain, but because of the terrible treatment I received from the police, hospital and the morgue.

All this triggered my disassociation and led to psychotic episodes and admission to psychiatric wards. With ongoing traumatic experiences, my triggers increased and became more prominent. Some of my triggers included ambulances, gurneys, hospitals, and even the logo from the Quebec provincial automobile insurance agency. Each fight with them a new trauma, imagine an 18-month battle with a tribunal hearing, just to be reimbursed for the wheelchair and accessible van needed for my son. Triggers sometimes amusing in the telling, exacerbate the symptoms. Some of my symptoms – I have many – include hallucinations, physical pain, complete disassociation for minutes or hours, vomiting and what I call ‘the windshield effect’ as when, like looking through a windshield with the wiper on, I see my daughter’s dead body and scenes from the accident to my lower right and reality can be swiped away as the trigger takes hold.

This is just a snapshot of my life, my traumas, experiences and the mental health challenges that have ensued.

Today, after several horrible experiences with mental health experts, I’m blessed with an amazing psychiatric team who agree that losing contact with my surviving children and subsequent traumas have aggravated my underlying symptoms of bipolar disease. I attempt to keep the symptoms at bay with medicine and psychotherapy. I rarely leave the house for fear of being triggered.

A good day is when I reach my goals, I don’t aim high but if I get the kitchen counters cleaned once by Monday, the floor by Wednesday and the bathroom by Friday, that’s success. More often, I don’t reach those goals and my day starts in psychosis by 8:00 a.m.

I hope by sharing my story I may help dispel many of the myths surrounding those of us who feel that we have suffered long enough. Although for the last eight years I’ve escaped my abusers and have been married to an incredible man, the suffering continues. Now I’ve just added him to the list of those hurt by my suffering. He cares for me and would give anything to resolve my pain. He does his best to be supportive, though only viewing me through the bipolar lens. I am fearful of a tactile or passionate relationship. Our lives more akin to two friends with similar interests who live together. I’m well aware that he is as terrified as I am as we watch my mental health deteriorate.

For me, access to MAID means that I’m trusted to make my own choices as to how I live and what I’m willing to endure. It means that my mental illness doesn’t render me incapable of reason. Giving me time to say goodbye to those I love and help them understand why I want to go to sleep without nightmares. To end the torture of not knowing when I’ll next be tied down to a gurney and have my dignity taken from me at the whim of someone who doesn’t believe that I can be competent despite a mental illness.

Most importantly, it means that I am not being treated with discrimination because my illness is invisible to those who choose to look through blinders or judge me because I have a different belief system than theirs.

After nearly 60 years of living within this cage, imposed by trauma and illness, I plan not to go forward in agony and I’d prefer it to be peaceful.

DWDC is sharing the perspectives of those with lived experience who are considering applying for an assisted death when the sunset clause ends.

When the sunset clause on MAID for mental disorders concludes, individuals whose sole underlying medical condition is a mental disorder will be eligible to apply for medical assistance in dying. This does not, however, mean that anyone with a mental disorder who applies for MAID will be found eligible. Clinicians will be looking for evidence of the longstanding nature of the illness, a history of interventions and treatment attempts, and the voluntary, repeated nature of the request by the person in question (being 18 years of age or older). 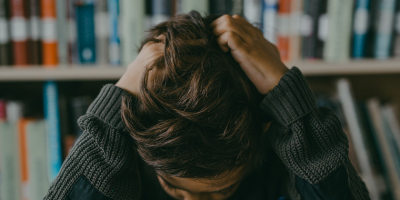 When the Federal Government announced its plans to request an extension to the sunset clause on MAID and mental illness,…

In 2020, we spoke with John Scully about denying MAID to those who are diagnosed with a mental disorder. In…