Megan’s story: My mother’s fight to have an assisted death in her own home

Home / Personal Stories / Megan’s story: My mother’s fight to have an assisted death in her own home

Dr. Devorah Greenberg was a lifelong social justice advocate. Ordinarily, the Simon Fraser University professor campaigned for the rights of others whose freedom or well-being was at risk. But her final campaign for social justice saw her fight for her own rights — in particular, her right to access medical assistance in dying in the long-term care facility which she had come to call home. In a moving new testimonial for Dying With Dignity Canada’s blog, Dr. Greenberg’s daughter, Megan, describes what it was like to support her mother in her quest to end her life how, when, and where she wanted.

My Mama, Dr. Devorah Greenberg z”l, was a fighter for social justice and a scholar all her life. When early-onset Parkinson’s “wheelchaired” her, as she called it, in her early 50s, she kept writing and teaching at Simon Fraser University. When she became unable to teach and write and even to hold a book to read, she turned to art, using the spasmodic involuntary hand motions of Parkinson’s to create hundreds of densely layered art pieces. (It was the only activity she could do to occupy her time in a hospital where she was 20 years younger than the other residents.) The disease mostly affected her physically: she became unable to walk, shaky, and emaciated, but the loss of her brilliant mind to delusion and dementia, which often come later for those with Parkinson’s, was the greatest fear for all of us. 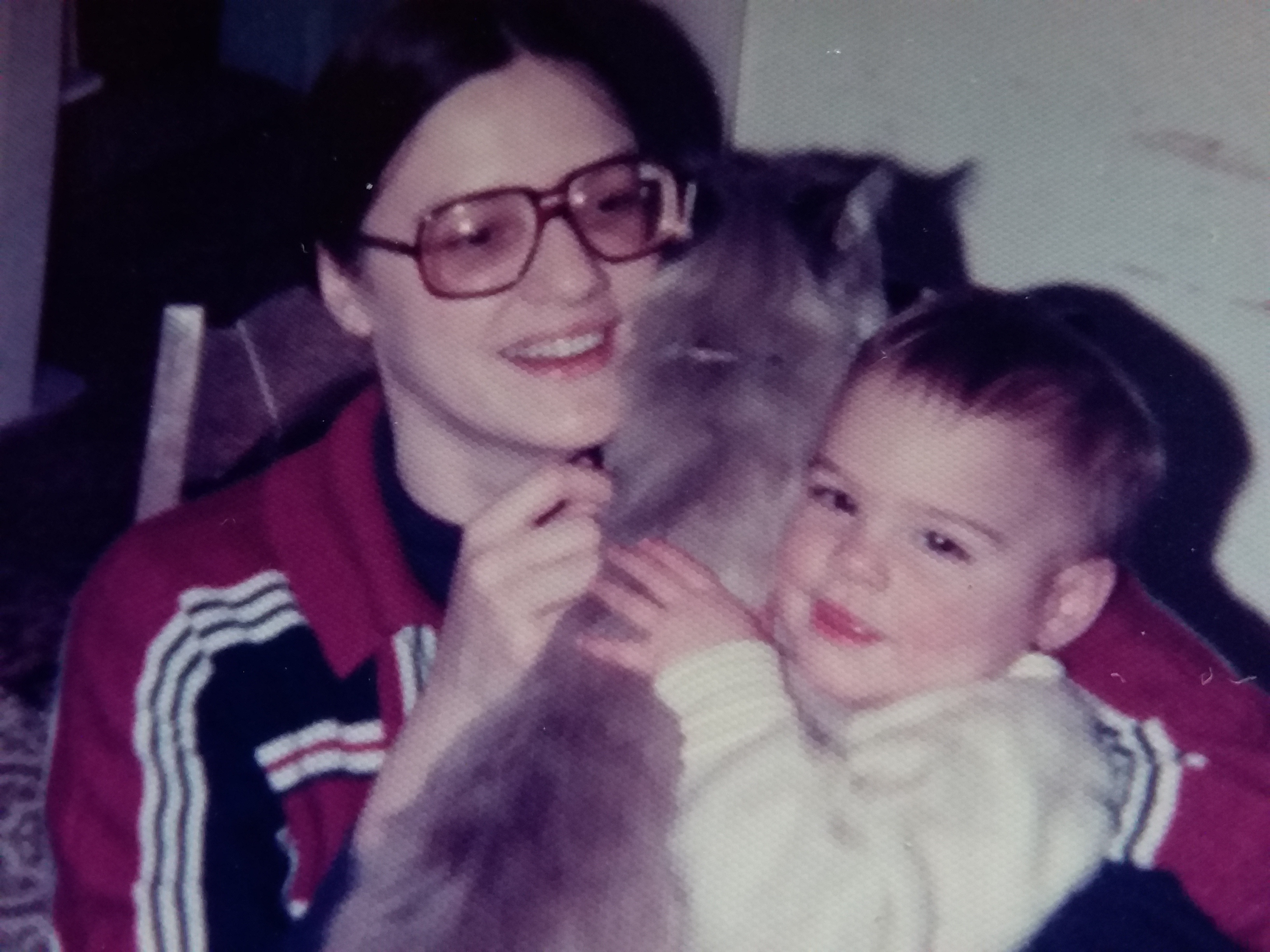 Dr. Greenberg at age 23 with baby Megan and Shadrach the Cat.

After the diagnosis, we lived together for eight years before she went into care at Louis Brier, a Jewish home and hospital with a well-deserved excellent reputation. As her life became increasingly unbearable over the next two years, Mama successfully applied for medical assistance in dying (MAID). At the time, we knew she would likely have to access it sooner than she wished. Under the current law, if she lost and failed to regain capacity, she would have also lost her right to MAID, even though she was already approved.

The application process was simple. The MAID team was kind and we had the support of everyone around her since they could see she was suffering — plus, who wouldn’t want a peaceful, painless death on a day of their choosing? 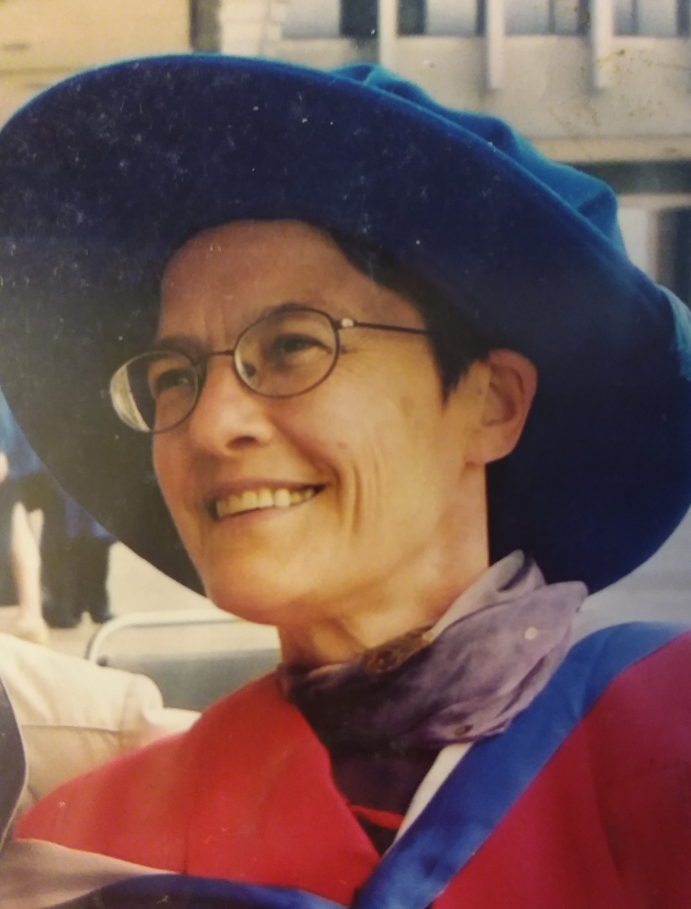 Devorah on the day she received her doctorate in 2002.

In the time leading up to her death, Mama’s friends, family, and colleagues, some many years distant, rallied around her, filling her last weeks with music, memories, love, and lots of chocolate. We were able to figure out in advance all the end-of-life plans, which meant that I didn’t suddenly have to deal with financial stress and funeral planning while grieving my Mama. We were also able to put to rest any old regrets or misunderstandings and say our farewells with clear, loving hearts. It was perfect.

But one thing wasn’t perfect: as a faith-based care facility, Louis Brier would not allow Mama to have MAID in her home. She would have to be removed from all her comforts and transferred to a clinic. This was outrageous. MAID is not considered suicide, however, the religious law refused to respect Canadian law regarding MAID and required she leave her home. 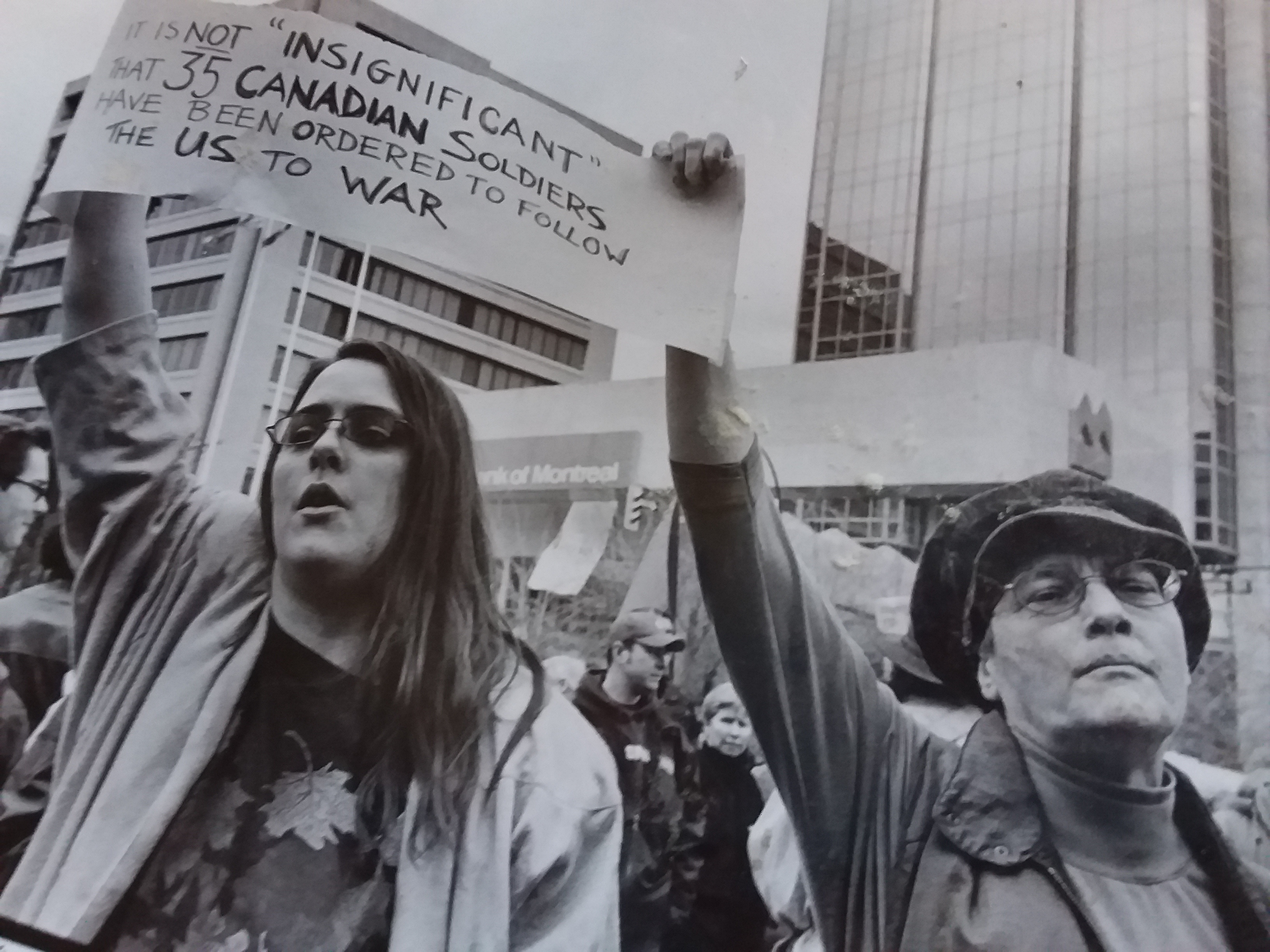 Megan and her Mama protesting against the Iraq War in 2003.

Formal letters were presented to the Louis Brier board. A rabbi — a Jewish religious leader — wrote: “I believe it is the Louis Brier Home’s duty to offer the utmost ease to Dr. Greenberg on the day of her passing. This would mean not putting her in a position to leave her home and surroundings to die.” The British Columbia Civil Liberties Association (BCCLA) stated, “As a public entity, the Louis Brier Home and Hospital cannot avoid its responsibilities under the Charter of Rights and Freedoms. The BCCLA is concerned that barring Dr. Greenberg from accessing medical assistance in dying at home violates her section 7 Charter right to life, liberty and security of the person.”

In my letter, I wrote of Mama’s dying wish, “If it is not permitted in Mama’s case, the matter will certainly come before the board again and again in the future, with the same attending distress. I would ask you to make peace with it now, so that Mama may be included in your progressive, compassionate policy change.” 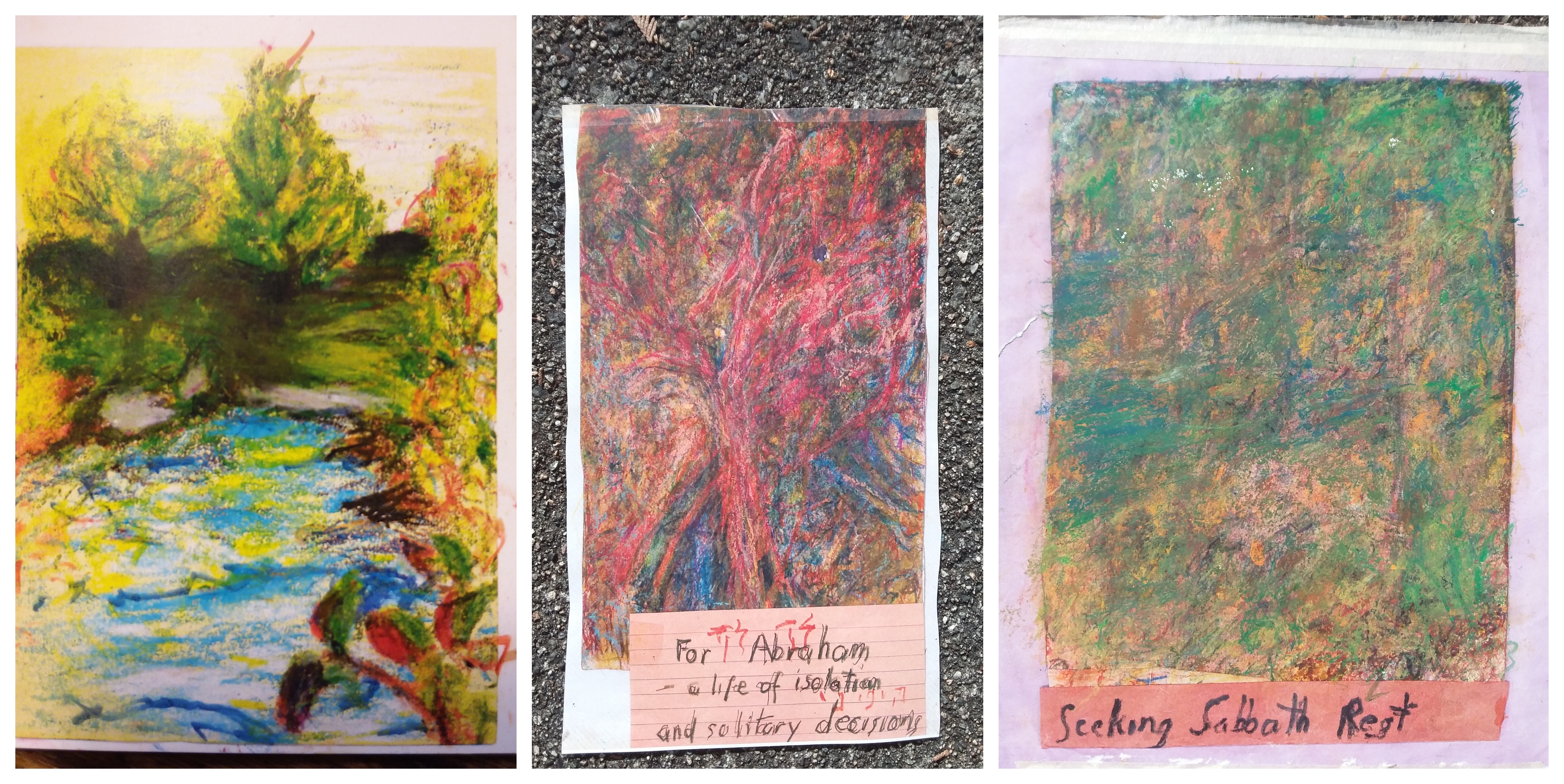 On the left is an example of Dr. Greenberg’s earlier artwork from 2009. The centre and right pieces are her later works.

Mama wrote: “The option of a doctor-assisted death is our government response for the relief of people for whom the struggle for daily living has become a struggle just to maintain their next breath. I appreciate that your decisions are complex and that procedural changes take time. In the interim, others with cases similar to mine may come forward seeking similar procedural change. Let it begin with me. Please let me die at home.”

Social workers and care staff at Louis Brier, even those of strong religious beliefs, also expressed their support, but the board replied, addressing my Mama as “Ms. Greenberg,” that they were exercising their “degree of authority/discretion to determine, based on their vision, mission, and culture” and refused.

My Mama was a fighter. We had the option to take this to court, to hold out until she was granted the right to die in her home. For the first time in my 40 years, I saw my Mama back down from a challenge. “I’m too tired.” There were tears in her eyes. 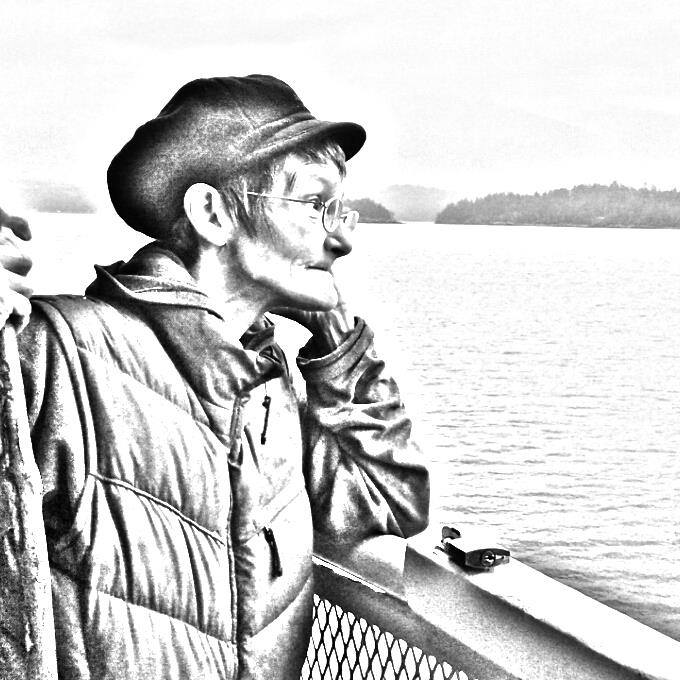 Dr. Greenberg on the ferry looking out on Grace Islands in 2017. This was her first and only visit to Megan’s new home on the Sunshine Coast — a home that she made possible through her hard work, frugality, support, and encouragement.

On the day of provision, she was taken by Patient Transfer to a clinic. We had done all we could to make it “home,” putting up dozens of her paintings and bringing pillows and a shawl to make the folding cot a bit more comfortable. The medical team was patient and supportive, and Mama died, free from pain or fear, in the presence of the rabbi, friends, family, and our dog. The next day, in keeping with Jewish law, she was buried, at Schara Tsedeck Cemetery. Because we had advance notice, more than 60 people had flown in and travelled from all over to be at the funeral.

She was, and I will always be, grateful for the right to access MAID, and for the love and care that surrounded her last days. The only sadness she felt was that she was removed from her home.

On her gravestone is inscribed a message of encouragement: “Rise up, rise up and utter song!” — a fighter’s eternal call to continue struggling against unjust laws and to stand up for the rights of those who cannot. May we all have the right to die in peace, in the comfort of our own home.

Dying With Dignity Canada extends a heartfelt thank you to Megan for sharing her Mama’s story.