In talking about death, Judith taught us a lesson about life, and living it authentically and with conviction.

On Friday, June 17, 2022, Judith Rockert invited three staff members and one camera person from Dying With Dignity Canada (DWDC) into her Toronto home for an intimate conversation about her choice to access medical assistance in dying (MAID). This blog post describes that experience from the perspective of those DWDC staff.

It was a windy afternoon on Friday June 17. We pulled up outside of Judith’s apartment building with two cameras and a microphone. We were there to interview Judith about her decision to access medical assistance in dying, and we knew that this would be our first and last opportunity to meet her. Judith’s MAID provision was scheduled for Monday, June 27.

When you work at an organization like Dying With Dignity Canada, conversations about death and dying become second nature. We knew about Judith’s choice and were honoured and grateful that she invited us into her home at such a personal time in her life – the week leading up to her assisted death.

Walking in the door, masked and respectful of Judith’s vulnerabilities, the first thing she said to us, standing at her door, was “I need to see your faces.” The four of us all took a few large steps backward, pulled down our masks, smiled and said hello, and then put our masks back on to step through her front door.

As soon as we walked in, we were greeted by walls covered in artwork – painted by Judith’s late son, Mitchell. Each piece of art told an incredible story, and Judith took the time to explain each one to us, in detail, and with love.

As she was explaining the meaning behind his artwork, Judith shared with us that Mitchell lived with paranoid schizophrenia and died by suicide 40 years earlier. It was a powerful introduction to Judith’s life and the collective experiences that made her who she was, standing before us at 84 years old.

Adorned in a delicate and flowy pale pink blouse, and jewels hanging from her neck, Judith sat in her most comfortable recliner and began sharing her story. “My name is Judith. I am 84 years old. If I lived, I would have a birthday in September. I’m a Virgo.”

The following hours we spent at Judith’s apartment were some of the most powerful moments we have experienced working at Dying With Dignity Canada. While Judith spoke and shared her thoughts, philosophies, and values, we were struck by just how strongly she believed in the choice she was making. In talking about death, Judith taught us a lesson about life, and living it authentically, fully and with conviction.

We saw that conviction in her eyes and heard it in her voice. She told us how her experience with her son’s mental illness shaped her views on quality of life and perspective on  death. We discussed her multiple health issues and how her anaphylaxis to most medications made her unable to consider treatment options. She made it clear that she was doing the right thing for herself, that she had no regrets, and that her only task until her provision was to experience escalating bliss through quality time spent with her supportive loved ones.

Judith accessed medical assistance in dying on Monday, June 27, 2022, at 11:15 a.m. Judith knew who she was and what she wanted, and she knew how she wanted to be portrayed. She requested that she have an advance look at the edited video before her provision date, and thanks to the dedication of our video crew, Judith was able to watch her video and give her stamp of approval before her MAID death.

At 11:15 a.m. on June 27, the three of us at Dying With Dignity Canada glanced at the clock and took a moment to reflect on Judith and the gift she gave people across Canada by sharing her story. Rest In Peace, Judith.

The video below is the conversation we had with Judith in her Toronto home that windy Friday afternoon. 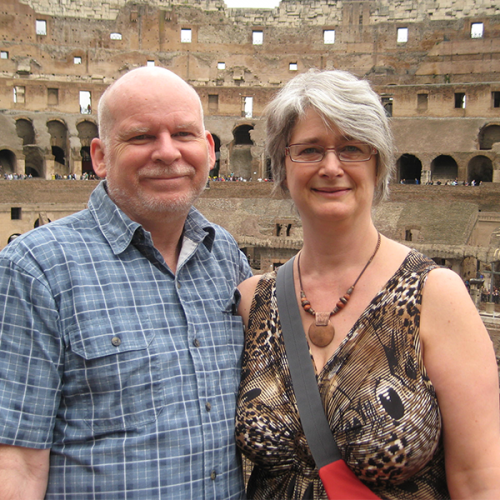