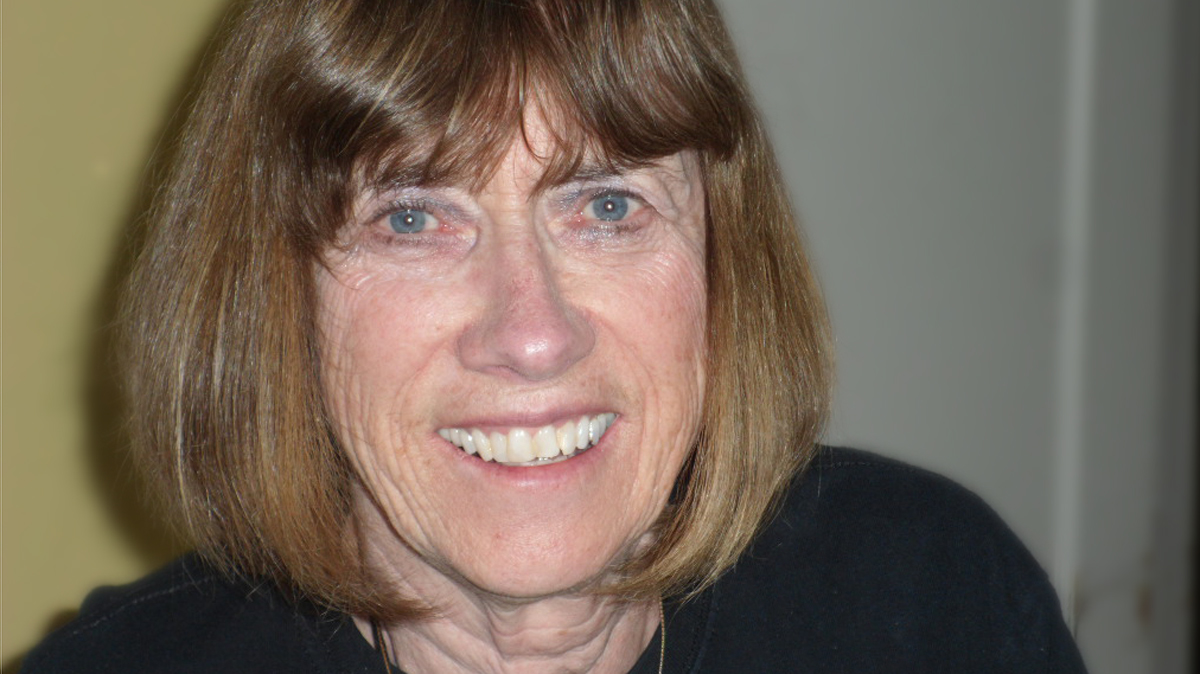 “I do feel strongly that if possible I want to be in charge of the end of my life,” says Linda Jarrett, who was diagnosed with multiple sclerosis in 1998.

From diagnosis until the present time, Linda has been what is termed secondary progressive, without relapses or remissions. “I have been on a steady decline in terms of my mobility,” she says. She can no longer walk, even with the aid of a walker, and relies on a travel scooter to remain mobile.

Linda was an elementary school French teacher for over 30 years and has been retired for more than a decade. She is an active volunteer with the MS Society and has been the top fundraiser in her local chapter.

Testing boundaries has always featured in Linda’s approach to life. Instead of completing the fourth year of an Honours French program at university, she chose to go to the south of France for that year, to live and speak the language. She and her lawyer husband took a “sabbatical” in 1993 and went on a three-month trip to the British Isles, France and Italy with their two children, who were then 9 and 12.

Perhaps most reflective of her independent spirit was her 2004 retirement present to herself: “I went on a four-day kayaking/camping trip among the Gulf Islands off the coast of Vancouver Island. I was using a walker at that time, but left it ashore — it wouldn’t exactly fit in the kayak! — and used a cane when necessary at the campgrounds. I had never been in a kayak before that trip.”

According to Linda, those experiences underscore her stubborn independence and why she now embraces the concept of “dying with dignity.”

‘I have been a doer. I embrace things.’

Her involvement with DWD Canada was sparked in the fall of 2010 when she listened to the CBC radio program White Coat, Black Art. She tuned in for the episode “Will to Die,” which profiled Nagui Morcos and his desire to hasten his death because of Huntington’s Disease.

“I was just fascinated to hear someone talking so compassionately and intelligently about hastening their own death,” says Linda. She continued to follow Nagui’s story by listening to interviews with his wife, Jan Crowley, after he died in 2012.

“It just resonated with me that I also did not want a long, progressively debilitating death for myself nor did I want that for my family. 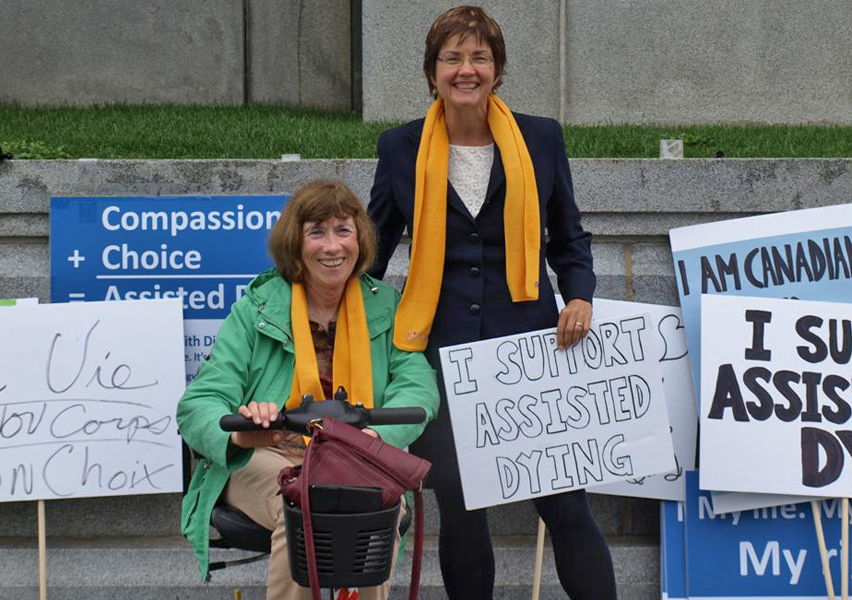 “So I pursued [this] by finding out about this organization called Dying With Dignity Canada. I went to a couple of workshops, and felt that this was something that I was really interested in pursuing to find out as much as I could about how I could deal with my own death.”

As Linda was researching and working through her options, she was approached to tell her story in the Holgate Production House documentary The Trouble with Dying, which aired on Vision TV in April 2014.

She readily agreed. “I have never been afraid to be in the public eye about something I feel strongly about. I was in front of hundreds upon hundreds of children over my 30-year teaching career. I have been a doer. I embrace things.”

While she certainly placed herself and her challenges in the public eye, Linda does not see herself as an activist. “I’m still trying to get my own personal affairs in order. I guess by putting myself in the documentary I somehow put myself in the role of being a public spokesperson. But even with my knowledge that this was going to be seen by more than a handful of people, I still did it from that personal decision about this is what I want for my life and my death. It wasn’t to be an activist.”

The response to her participation has been entirely supportive. “The reaction has been interesting — it’s all been positive. I have had people e-mail me in careful terms, where I can read between the lines, and for whatever reasons they do not believe the same way I believe about hastening my own death. But because they know me they just say: ‘You were amazing, compelling, articulate…’ ”

Linda does not feel that she needs to be in opposition to individuals and groups who oppose medical assistance with dying.

“I would just put it in terms of respect for other people’s feelings. I respect the people who do not believe in this cause and they’re fine to have their beliefs and stand by their beliefs, but I would like the same respect shown to me for my beliefs. I don’t have a fight with those who feel differently than I do. I just want them to deal with their lives in the ways they so wish, and let me deal with my life in the way that I so wish.”

For the immediate future, Linda plans to keep exploring the choices that lie before her, while continuing to lead a life as full as she can make it. “Those are my feelings at the moment and I am still working through the hows and the whys. I will pursue my options over the next couple of years so that all of my loved ones know and are in agreement with my wishes.”