Leanne’s father suffered from cognitive memory impairment and was not able to make his own decisions about healthcare. In Part 2 of 2 of her family’s story, Leanne shares her reflections on her father’s experience and ultimately his death, and how the COVID-19 pandemic affected his care. If you missed it, read Part 1 now here.

I received a phone call from his family doctor the next morning, informing me that my dad had serious internal bleeding and needed to be moved to critical care and he would need multiple blood transfusions to get has blood pressure up.

She informed me at that time that they had also let my dad sign a DNR while he was in the emergency department, which I was furious about. My dad thinks a DNR is when you have to live on life support, and doesn’t want to live like that. He didn’t realize it meant if his heart stopped, that they wouldn’t make the effort to get it started again. The family doctor changed that on his file and told me she had to go as he was “turning grey.”

I was able to go up to the critical care unit (CCU) that evening to see him, and he was sedated and couldn’t hold a conversation. A doctor came in to explain to me what happens when you resuscitate a senior’s heart, and how violent it can be. That it would most likely do more harm than good, and might buy him enough time to live out his life in a nursing home, which was my father’s biggest fear. I had sworn to him that I would never put him in a home, and I meant to keep that promise.

I went home and called a family meeting, to let them know how serious things were. That they were going to attempt an upper G.I. scope to try to find the source of the internal bleeding, but that his heart might not be strong enough to withstand the scope. I expressed the likely outcome and made the decision not to proceed with the scope, as he would most likely not survive it.

I was in shock, and couldn’t wrap my head around what was happening. I asked the hospital to please allow my family in to be with him, as we decided to let him go peacefully. They assured me it wouldn’t be an issue, and we were able to come right in. 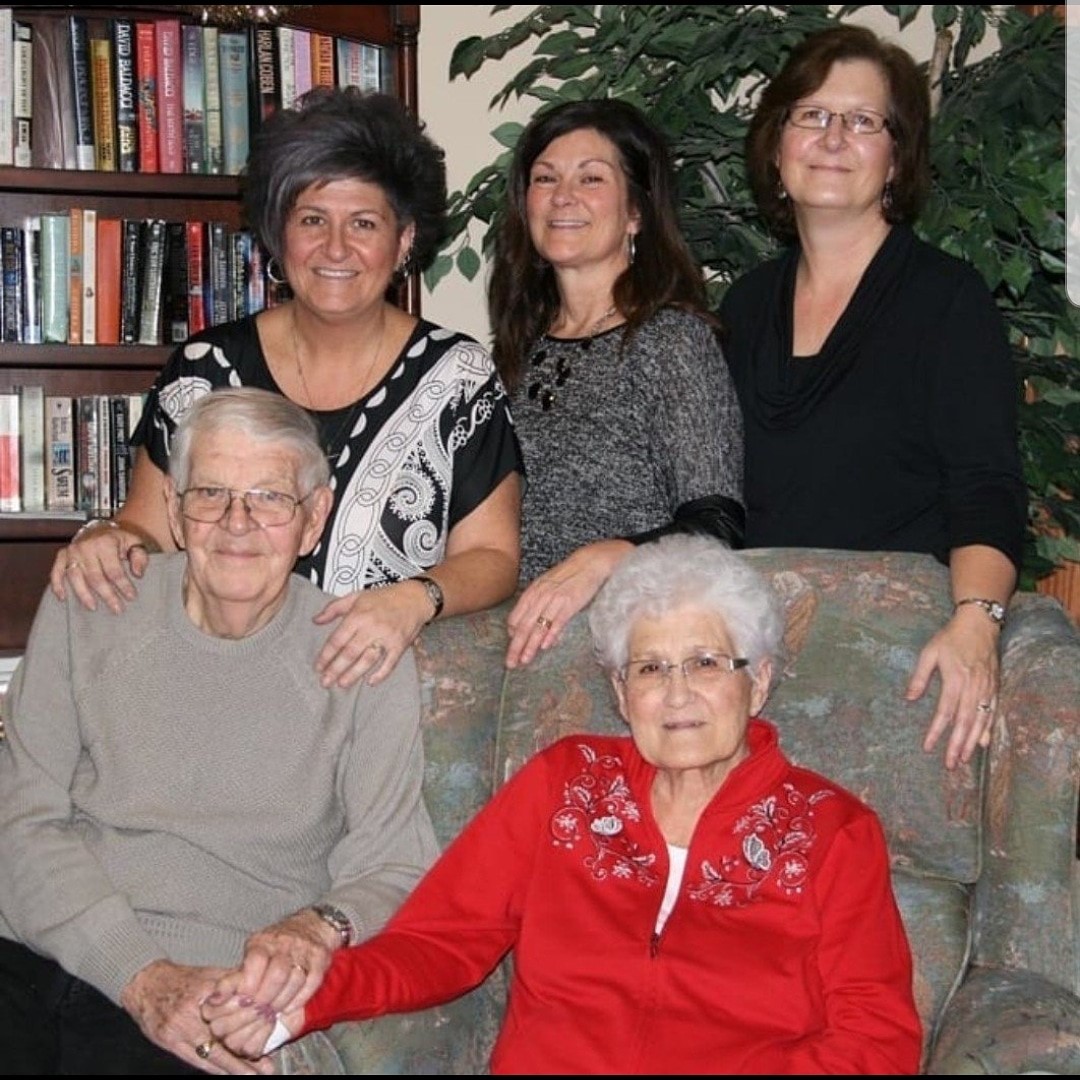 I had to walk my 80 year-old mother in to say goodbye to her husband of 57 years. I watched her break down and cry, begging him to open his eyes and look at her. I have never felt so hopeless and scared, leaving to take her home, and not knowing if I would get a chance to see my father again.

I spent the next day by his side, playing his favourite music, holding his hand and talking to him. We were able to get him last rites, which my mother was worried we wouldn’t have time to do. I watched him take his last breath and cried for the loss of the most important person in my life. It was indescribable.

I joined my family at the retirement home, where we grieved and cried together. It was during this time, maybe an hour after I left the hospital that I received a call from a doctor who introduced himself as the coroner. He said he gets called in when there is a suspicious death, but to be honest, I couldn’t grasp what he was saying as I was very emotional. He continued to talk, and he said he would rule this death caused by the broken hip. At the time I was so caught up in my grief that I wasn’t really hearing what he was saying, or the importance of it.

I left my father on Sunday, alert and stable, doing his puzzle, listening to his favourite music. My last conversation was him begging me to come to him.

On Wednesday he was dead.

Now that things have settled down and I have the time to sit and think, I am questioning so many things.

HOW can you keep loved ones from their family in hospital? HOW are we causing any issues, when we’re only there to provide care that the understaffed hospital can’t provide?

IF I had been allowed back up to sit with him, would things have turned out differently?

WAS there a PSW with him Sunday night? They had been short on PSWs and he wasn’t always supervised.

WHAT happened from Sunday to Monday that he developed internal bleeding so bad that he was turning grey and needed to be moved to the critical care unit?

WHAT wasn’t I told?

WHY was the coroner called in?

WHAT was labelled “suspicious” about his death?

I have to live with the fact that our last conversation was my father begging me to come to him, and me having to explain that they wouldn’t let me.

I hope that you never have to experience the pain and the guilt I feel. Like I let him down. Like I failed him when he needed me most.

It eats at my soul to relive that call, knowing that the hospital policy is letting other families go through the same kind of pain that I am.

THE SYSTEM IS BROKEN.

I feel upset when I hear that hospitals should be praised for finally allowing caregivers in to see their loved ones.

THIS ISN’T THE FULL TRUTH.

I will go to the grave fighting for change and for caregivers to be given 24/7 access to their loved ones. This will be especially true if hospitals reconsider their policies in the event of a second wave of COVID-19.

The hospital staff come and go daily without having to be tested. How is that any different from allowing caregivers access during a pandemic? It’s our loved ones struggling, and we can provide the care they need to help ensure they are getting their needs met. We can follow protocols to isolate ourselves so that we don’t come into contact with someone who may have the virus.

People with dementia cannot speak for themselves. They don’t fully grasp what the doctors and nurses tell them. They may not look like what you think someone with dementia should look like. Most are of a generation that is complacent and won’t question things, or ring for a nurse.

You may not care because it’s not your loved one in that bed.

WE NEED CHANGE NOW. Our senior population will soon outnumber the child population.

WE NEED CHANGE NOW. Your system is not set up to provide the proper care for those who can’t demand it.

WE NEED CHANGE NOW. So that no other family has to go through what mine has.

All I have left of my father is memories, and the fear that the same thing could happen down the road with my mother.

My father was admitted on June 23rd and just 2 weeks later was dead.

YOUR SYSTEM IS BROKEN. 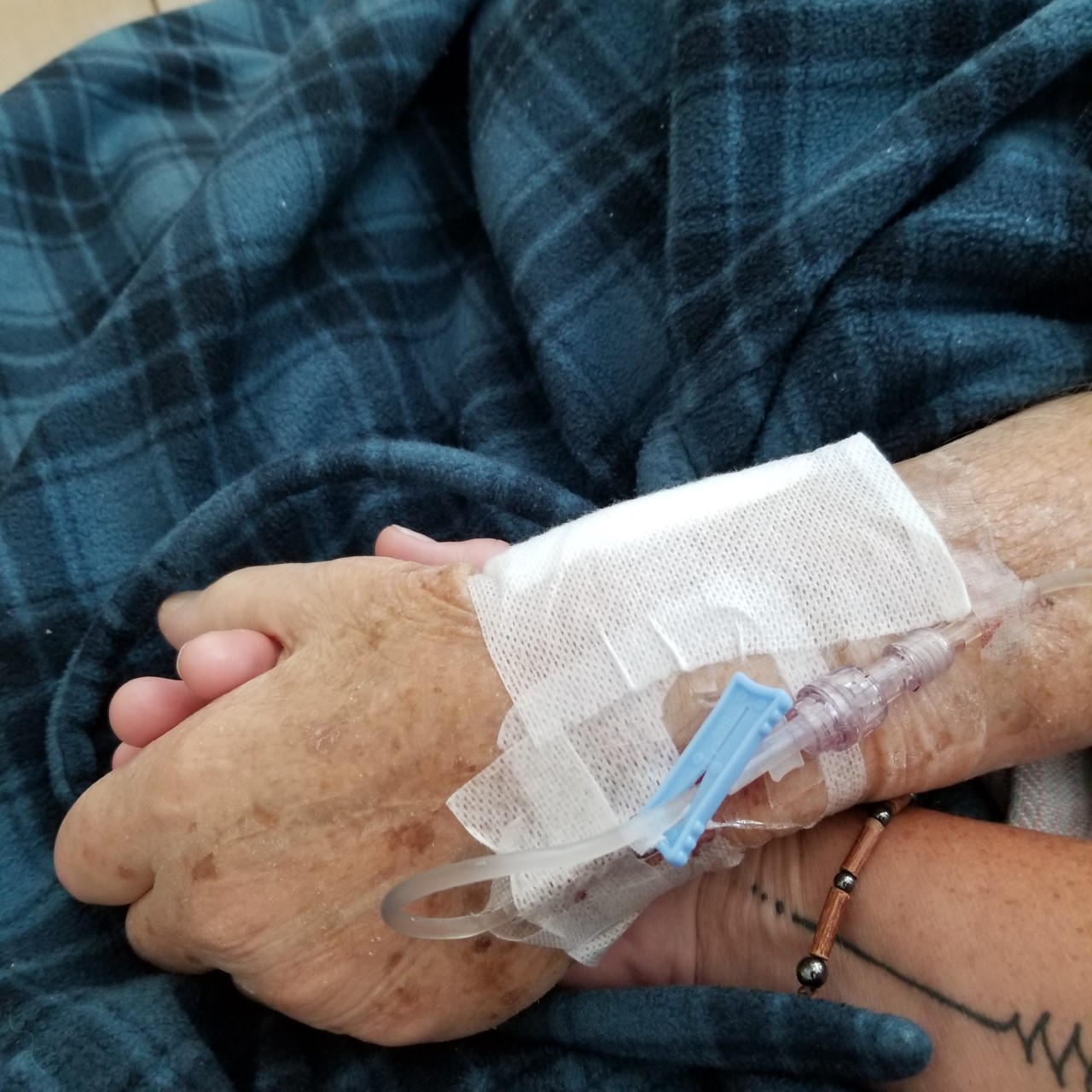 Leanne and her father before his passing. 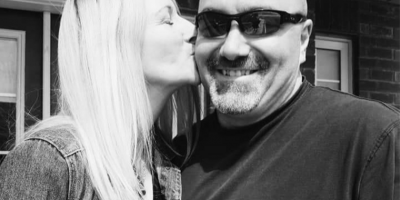