Leanne’s father suffered from cognitive impairment and was not able to make his own decisions about health care. In Part 1 of 2 of her family’s story, Leanne shares her challenges trying to support her father’s care, and how the COVID-19 pandemic affected his experience in the hospital.

The reason I am writing you today is just to give you a sense of what is happening in our hospitals. In some cases, caregivers are being granted access to their family member for a very narrow window of time, once a day, due to COVID-19 restrictions. I am fighting to have these policies changed so that our loved ones receive the care and attention they need, which the hospitals just can’t offer. I am writing today on behalf of my father and all the other patients with varying degrees of dementia in hospitals, to ensure that they are not denied access to their health care advocate or caregiver when seeking medical assistance.

While I understand and agree with the COVID-19 restrictions in place for visitors, the policy should recognize some exceptions. For someone with cognitive impairment, representatives are not “visitors,” but are rather an essential part of their care.

My father did not appear to be someone who suffered cognitive memory impairment. He would listen and hear what is being asked and may have responded, but whatever was being asked of him is wiped from his memory within minutes. He would not want to appear foolish and would most likely agree that he understood what was being asked.

This is why we had a Power of Attorney in place for his medical health. I make his health care decisions, ensuring he understands what is being said and why. 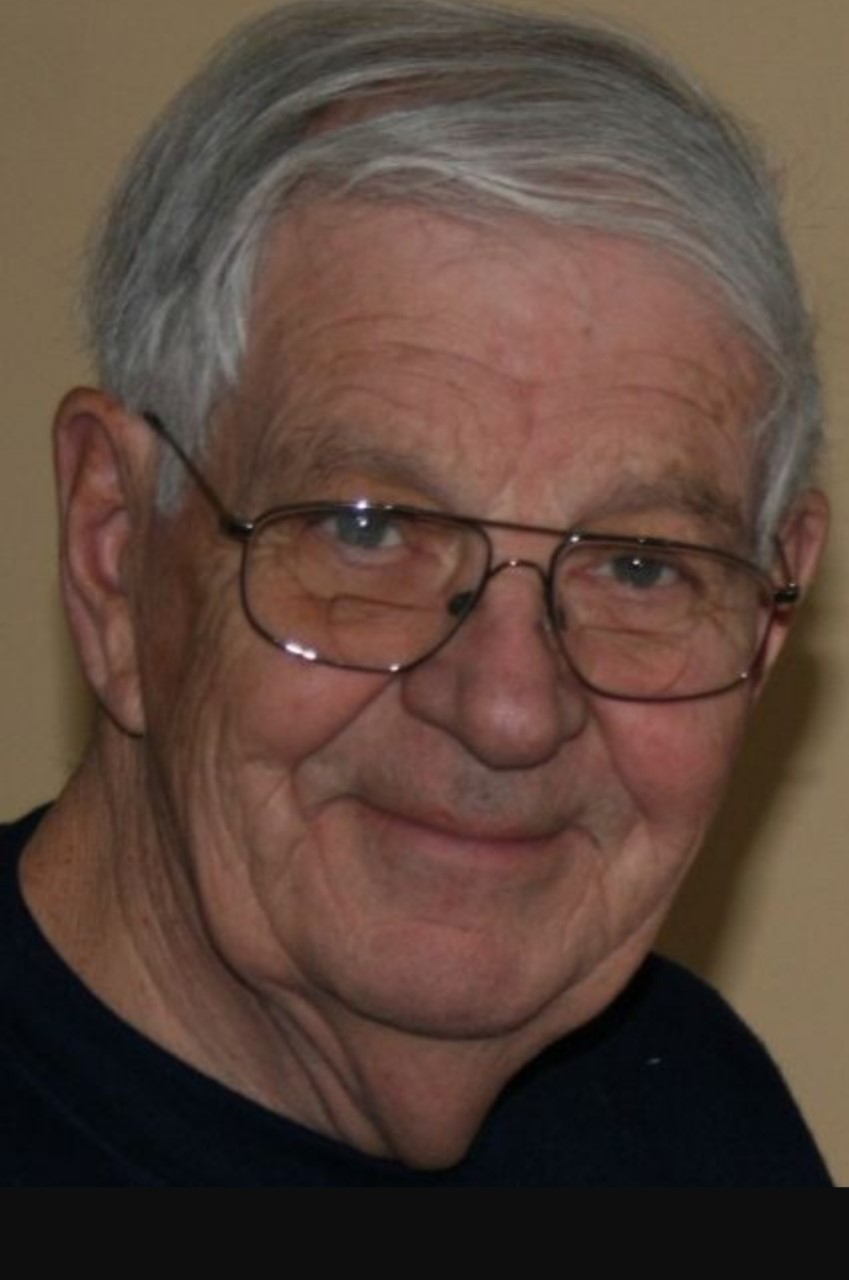 My name is Leanne Comerford. I was my father’s Power of Attorney for Health, and his advocate for care.

On June 23rd, my dad was brought by ambulance to the hospital. I called the emergency department and told them he was on his way, that he had cognitive memory impairment and that he would need me present to help him understand what they might ask him.

I was told that he would be assessed by the nurses, and they would decide if I needed to be allowed in. I expressed disbelief, as that was like putting a three year-old in an ambulance and taking them to the hospital without a parent present. I was told they would call me as soon as he was assessed, but that call never came.

In total, I called the ER seven times that day, and not once did they call me back or give me any information.

I did, however, receive a call from the admitting department to go over my dad’s health history. When I asked why he was being admitted, the woman said, “I’m sorry, but I don’t work in emergency, so I’m not sure what’s going on.” I expressed my frustration, as no one had returned my calls or bothered to contact me. She called me back and told me that he had broken his hip and needed surgery. She told me to give them an hour or so to get him onto the surgical floor, and then I could talk to the unit lead to get permission to come up.

It took two hours, and when I called the nursing station, I was told that the person who could make that call had left for the day and I was given a phone number.

I emailed the patient advocate to express my concerns about keeping me away from my father when he needed me the most. I was granted visitation the next morning, and while there, received apologies from the patient advocate. He stated that when surgery was determined, I should have been allowed up, and would be speaking to the emergency department to make sure that doesn’t happen again.

While I sat with my dad, who had to wait 48 hours to have surgery to let the blood thinners he takes get out of his system, I must have told him 30 times that he was in the hospital, and not at his retirement home. He was already confused with zero pain medication in his system. Because he looked like your everyday average older man, they basically ignored his cognitive memory impairment. He was friendly, funny, and didn’t look what they think a dementia patient should look like.

I spoke to the inpatient coordinator later that day to set up another time they would allow me to go back up. She stated that the rules were changing, and that starting the next day, caregivers would be allowed in. When I told her how confused my father was, but that none of the staff was around to see it, she mentioned that they had had him sign consent for surgery while he was in the ER. She said that perhaps that shouldn’t have happened.

Armed with that knowledge, I proceeded to once again email the patient advocate and told him that I would like to make a formal complaint against the surgeon and the hospital for gross negligence. Letting my father make medical decisions he doesn’t fully understand is wrong. That’s why the Power of Attorney for Health was put in place, so that decisions like these would be made by me who knows his medical background and can help him to understand the extent of his injuries.

The patient advocate called me to tell me that technically it wasn’t consent that my dad signed, but intent to consent. I told him that whatever my father was told, it would be wiped from his mind within minutes, and he’d be clueless as to what he had signed.

During my next visit that day, the doctor came to speak to my dad. The conversation went like this:

DOCTOR: Mr. Comerford, I saw you in the emergency department on Tuesday night, and I told you that you had broken your hip and had two choices: either have surgery to fix it or die. You chose surgery which means that you understood what I had told you, and therefore I don’t need your daughter to consent to surgery, but will have her sign off on it if that’s what you’d prefer.

DAD: So does this mean I’m not getting lunch or dinner?

The inpatient coordinator then asked if anything else was unclear, and then left the room.

Does this sound like a normal conversation between a doctor and a mentally impaired patient??? A three year-old would have chosen surgery, and his arrogance was distasteful and rude. Obviously, my father wasn’t really understanding the severity of the situation and was only concerned with if he could eat.

My father had surgery, and was unfortunately very confused by the medications, and ripped his IV out upon returning to his room. I had warned them that he had done this when he had his last surgery, and so when I got there he had a PSW sitting with him. I had to help him eat as he was so groggy, he couldn’t feed himself.

I went to the finance office and gave them his insurance information, and by the next day he was moved to a semi-private room. He continued to have a PSW with him, to ensure his safety. My father wouldn’t know how to ring for a nurse, so it gave us peace of mind that someone was watching him.

I was somewhat shocked by how harsh the administration was about visiting hours, and was asked to leave as it was past 1 p.m., but when I came at 11 a.m. my dad was out for a test and didn’t get back to his room until 12:30 p.m. Considering I wouldn’t be allowed back in, I felt I should have been allowed to stay for the two hours.

My dad spent his day either in a wheelchair or in bed. Many times, I came in at 11 a.m. to find him still in bed, and he was in and out of consciousness. The surgery had taken a lot out of him, but we were told the hip was healing fine.

I asked that my mother be allowed to visit, as he had been in there for two weeks, and because of his bed’s position, was unable to even look outside. I was told it would be up to the unit leader, who emphatically told me that under no circumstances would she be allowed to see him.

On Sunday July 5, I went up at 11 a.m. to find my dad in bed, without his glasses, nothing on his table to occupy him, and the PSW busy with his roommate, who was loud, confused and demanding a suppository. Before I left that day, I plugged in my iPod and put the earphones in my father’s ears and left him doing a find-a-word puzzle. He was alert and had spoken to my mother, telling her he was bored.

Because he still got confused about his situation, I had brought up some posters I had put on his wall stating where he was, that my mom was okay and being taken care of that my sister was taking care of his finances, and a list of family phone numbers with instructions how to dial out and make a call.

Four hours later, he called me upset, begging me to come to the hospital. That his roommate had a bunch of people in the room and he was worried that they were “up to no good” and that he didn’t want to get involved. I explained that I was not allowed to return to the hospital, as they only let me come up once a day. He pleaded, and I heard him tell his nurse, “My daughter says she can’t come up because the hospital won’t let her,” to which his nurse said that they were being pretty strict on regulations.

It broke my heart to hear my dad, who reached out because he needed me there, even just to comfort him. He was obviously agitated and anxious, as his dementia worsened as the day progressed, which is known as “sundowning.”

I went to bed with a heavy heart, feeling like I had let him down, all because the hospital was restricting caregivers to only one visit per day. We are not visitors. We are there to provide the care that the hospital staff could not. Our family members’ needs don’t follow a schedule, so limiting when we are allowed in is not helping their already confused state.

I helped my dad eat his lunch daily, as the wheelchair they sat him in didn’t allow his tray to come close enough to feed himself. I got him water and warm blankets. I called my family and let him speak to them.

Your system is broken.