Advocating for her daughter, right to the end: A forced transfer story

Home / Personal Stories / Advocating for her daughter, right to the end: A forced transfer story

A “forced transfer” occurs when a patient is made to move locations for an assisted death because the facility they are in forbids medical assistance in dying (MAID). This usually involves the patient leaving their community of care and being transferred from one health care facility to another. Already suffering, when their health is fragile, patients experience stress and feel stigmatized for their choice to access MAID and end their suffering.

In this story, the transfer was to a different floor in the hospital – a compromise that was made after a MAID provision was to be delayed by two days, in a public hospital, because one staff member on duty objected to the practice.

Note: The policies regarding conscientious objection to MAID vary by province. Dying With Dignity Canada (DWDC) recognizes and supports the right of health care professionals to limit the health services they personally provide for reasons of conscience; however, this must be balanced against the right of all Canadians to access care without delay or stigmatization, including medical assistance in dying. A health care worker on duty who objects to MAID should not be able to influence where or when a MAID provision occurs if they are not directly involved in the assisted death.

At the age of 34, Leann’s oldest daughter Kayly made the decision to get assessed for medical assistance in dying (MAID). As a loving mother, it was difficult to hear this request from her daughter, but Leann supported Kayly’s decision; she had been Kayly’s advocate for many years.

“It was the bravest decision she had ever made and I’m so proud of her!”

At the age of sixteen, Kayly was involved in a motor vehicle accident that required years of rehabilitation and left her with a brain injury. Kayly defied many of her prognoses, including having a daughter of her own. She was an amazing mom until, as we now know, her brain stem tumour started growing. Her life had many challenges, particularly living with an invisible disability, and she spent some time in mental health institutions in the year prior to her diagnosis.

“Throughout all of it, I was Kayly’s fiercest advocate, supporting my daughter and helping her live the best life she could,” Leann explained.

In 2017, Leann and her husband began to notice that Kayly was regressing, and that her behaviour was strange.

“I’m her mother, I knew something was wrong, I requested a full health assessment in order to identify any issues that could have been behind Kayly’s different behaviour, but my demands were ignored. It was frustrating.”

Eventually, Kayly’s symptoms instigated a brain scan that revealed she had a glioma brain stem tumour; it was inoperable, and Kayly was given 6-8 weeks to live. She tried radiation, in an attempt to extend her life and time with her daughter and family, but the tumour did not respond to the treatment.

“Kayly was experiencing convulsions, she was immobile and could not get out of bed. Her father and I were visiting daily to help her eat because she couldn’t feed herself.” Leann remembers. “Kayly decided she wanted to be assessed for MAID. In her opinion, her quality of life was gone, and she knew that the pain and suffering from glioma would only get worse.”

In a recent medical chart, a radiologist noted – based on an assessment she had done by a psychologist – that Kayly was ‘medically incompetent.’ This information was not shared with the family or Kayly until Kayly’s first MAID assessment. Kayly had challenges but she was not mentally incompetent, she was clear that she wanted MAID, if eligible. After her two assessments that included evaluation of capacity, Kayly was approved for MAID and she chose Friday for her provision, it was Wednesday when she made this decision.

The family quickly rallied around Kayly to say their goodbyes when the hospital alerted Kayly that she would have to wait until Monday for her provision because someone on staff objected to MAID. Once again, Leann jumped into the role of advocate.

“How did this staff member’s objection override my daughter’s right to MAID?”

The hospital was not private or faith-based with rules prohibiting MAID assessments or provisions; Leann was appalled that this change was thrust upon Kayly and the family the day before her chosen day.

“Kayly did not want to suffer for two more days, she had made this decision and finally had some control over her life, and death.”

This was already hard enough on everyone, so after consulting a friend who worked in health care, Leann asked to speak with someone at the hospital who could help them come to a compromise, even though she felt they should not have to do that.

“We should have been able to spend our last day with her peacefully, not trying to fight for her rights. I understand that not everyone supports MAID, and has a right to object, but could the staff member not just take a break at the time of Kayly’s scheduled provision? Or perhaps switch around the schedule so that they were not on that particular wing of Palliative Care? There had to be something we could sort out so that Kayly’s wishes were met.”

In the end, the hospital agreed to move Kayly to a different floor the night before her assisted death.

“It felt so unnecessary, and while we weren’t being asked to leave the hospital – I can’t imagine the stress of a forced transfer on a patient and family – we did feel stigmatized.”

On Friday, Kayly’s assisted death went forward with her family by her side. “It was very peaceful, I supported her decision because she is now out of pain, but I miss her every day.”

If you have a story that involves a forced transfer, we would like to hear from you. We are preparing for several provincial campaigns that aim to end this cruel practice. You can share your story here and we’ll be in touch. 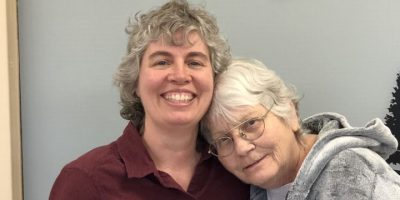 This true two-part story details what Yvonne and her mother went through during her last few months of life. It… 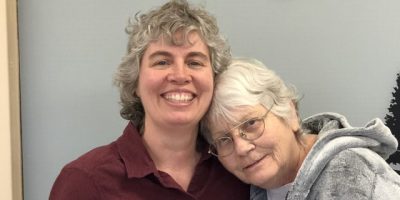 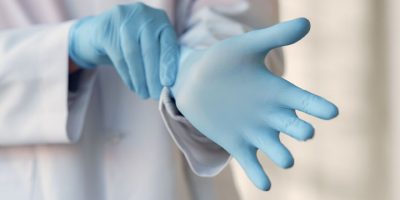 Chantelle delivered her daughter in Covenant Health Hospital, a religious healthcare facility. In this open letter she responds to an…