Home / News & Updates / Language matters: Why we use the term ‘medical assistance in dying’

The objective of this blog post is to clarify the specific term we use regarding assisted dying here in Canada. Language matters, and by learning the correct terms to use when discussing health care and end-of-life choice, we can be clear about our wishes, and avoid misunderstandings or offending anyone.

Why we use the term medical assistance in dying (MAID)

Both options have various safeguards and clinician reporting requirements in place.

We use the term MAID because, in Canada, nurse practitioners can assess for and provide MAID as well as physicians. By using terms like, physician assisted death, we are not being inclusive of the role that nurse practitioners play in this area of end-of-life care. MAID is also the umbrella term that covers both legal options as described above.

Why we don’t use the term assisted suicide

Psychiatrist Dr. Derryck Smith explains, “Death by suicide is usually the result of untreated mental illness. Medical assistance in dying, on the other hand, is a considered choice, regulated by legislation, and provided by medical professionals. MAID is an option for Canadians who are experiencing interminable suffering without hope of improvement. Suicide is often motivated by feelings of hopelessness, while medical assistance in dying is driven by hope and autonomy.”

MAID occurs when a patient chooses to end suffering that they experience as intolerable, and they have met the criteria as set out in the law.

A MAID provision happens with the involvement of a clinician – either through the prescribing of life-ending medication or the direct administration of IV medications that will result in death. Even in situations involving self-administered MAID, the prescribing clinician is often present.

A MAID provision is peaceful and planned. In many cases, family and friends are included in the planning and are given a chance to say goodbye.

Suicide is the act of taking one’s life, often associated with a mental illness, a sense of hopelessness, misuse of substances, trauma or significant loss, to name a few.1 Suicide generally occurs in isolation, through a violent act, and leaves family and friends in distress from the unexpected death.

Suicide can be a triggering term for those who have either attempted to take their own life or have been close to someone who has died by suicide.

We no longer say, “committed suicide” because it refers to a time when suicide was a crime; the preferred term is now “died/death by suicide.”

Read a DWDC volunteer’s account of experiencing both a medically assisted death and a death by suicide.

Why we don’t use the term euthanasia

The root of the term euthanasia comes from the Greek – eu, meaning good, and thanatos, meaning death. A simple definition of euthanasia is “the practice of intentionally ending life to relieve pain and suffering.” So, while technically correct, we avoid this term because of some of its historical associations and because it has been commandeered by the anti-choice movement in Canada. It is also a term used to refer to ending an animal’s life with the use of medications.

In countries with assisted and aid-in-dying laws, terms vary. Terminology can include assisted suicide, euthanasia, physician assisted suicide, aid-in-dying. The laws are distinct and nuanced; in her recent book, This is assisted dying, Dr. Stefanie Green explains, “The key difference between assisted suicide and euthanasia, then, is who administers the medication – the patient or the health care professional. Euthanasia – that is, an assisted death carried out by a health care professional – is not available in the U.S. but is legal in Canada, Belgium, the Netherlands, Luxembourg and Colombia.”

You can learn more about assisted dying laws around the world in this webinar presented by Jenna Carter.

With the legalization of Canada’s assisted dying law in 2016, the development of clear criteria and safeguards – and like many evolutions of language – the preferred term is now medical assistance in dying, or the acronym MAID. Dr. Green goes on to say, “The MAID terminology has been written into Canadian law, is used widely, and has been accepted to mean the legalized, compassionate end-of-life care provided by Canadian physicians and nurse practitioners in specifically outlined, safeguarded circumstances.”

What about dying with dignity?

We often hear people refer to a MAID provision as “dying with dignity” or that the organization they contacted to arrange a MAID assessment was Dying with Dignity.

The confusion is understandable because when someone does choose MAID, or other end-of-life options, they often feel like they have control of their death, they are ending unwanted pain and suffering and, therefore, they will die with dignity. This is a sentiment felt by many who choose palliative care or assisted dying, but here in Canada, the legal and technical term for assisted dying is medical assistance in dying.

Our organization is called Dying With Dignity Canada; we are the national human-rights charity committed to improving quality of dying, protecting end-of-life rights, and helping Canadians avoid unwanted suffering. We do this through advocacy, education and support. Our Support Team is available to answer questions about end-of-life choice, including MAID, but medically assisted deaths are coordinated and managed through the provincial health systems, often referred to as Care Coordination Services.

To further the confusion, ten U.S. states have aid-in-dying laws called the Death with Dignity Act (DWDA), and the expression ‘dying with dignity’ is often used when someone exercises their right to have aid-in-dying.

One thing we can agree on is that there are many nuances in end-of-life language and process. We aim to clarify and educate Canadians, in order to normalize conversations about end-of-life choice and planning.

Psychologist: Why suicide and medical aid in dying are truly different – Jeff Gardere 2021

The importance of picking a vocabulary for dying – André Picard 2012

Photo by Bruno Martins on Unsplash 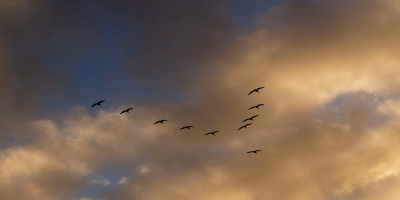 Content warning: The topic of suicide is mentioned in this piece. My first exposure to medical assistance in dying (MAID) was…