Kristen’s story: Will my mother be denied end-of-life choice like my grandmother was?

Home / Personal Stories / Kristen’s story: Will my mother be denied end-of-life choice like my grandmother was?

In this blog post, Edmonton’s Kristen Kizlyk describes how a dementia diagnosis ultimately changed the course of her grandmother’s life. Her final memories of her grandmother — her “shining light” — are full of pain and suffering.

Kristen hopes her mother, who was diagnosed with multiple sclerosis in 2001, will be able to avoid this same fate. But because of the ban on advance requests for assisted dying, Kristen’s mother — who is at risk of losing capacity — may not be able to access her right to a peaceful medically assisted death. Our existing discriminatory rules, Kristen writes, must change to ensure the rights of people with degenerative conditions are respected.

Growing up, my grandmother was my best friend. She was the kindest, most empathetic, wisest, and funniest woman I knew. She was such a beautiful person. In the midst of chaos she was my shining light, my rock. After she fell and broke her hip, it eventually became apparent that my grandmother had dementia. We knew it, but we didn’t want to admit it. Eventually, though, she recovered and came home. 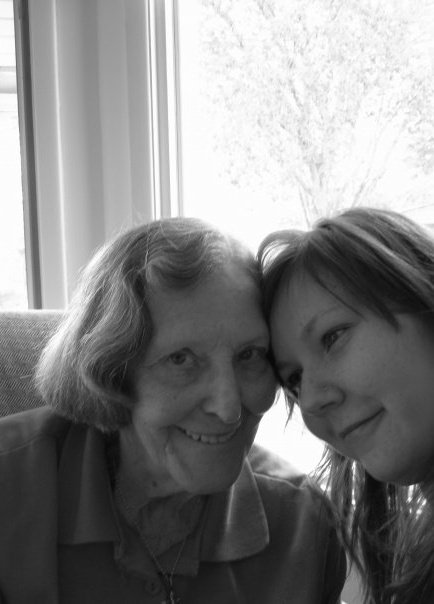 With home care and family support, my grandmother lived with my mom until another fall. She returned to the hospital and then back home a number of times. A series of urinary tract infections caused hospital stays full of delirium, but she always came back home. Eventually, our worst fear came to fruition, and my grandmother suffered a fall which left her wheelchair-bound and in a long-term care (LTC) facility. My mom, who has multiple sclerosis (MS) herself and was fighting so hard to keep grandmother home, was devastated.

My grandmother spent five good years in her LTC facility. The dementia had taken her, but she was pleasantly confused. That is, until a fall in the facility left her completely immobile. She needed a lift to be transferred. Her pain transformed her ‘pleasant confusion’ into a terrible monster, causing her to say things my grandmother would have been horrified to know she said. “I want to die” was usually her answer to “How are you?” These are my last memories of my grandmother. She lived in misery for two years before she died. As hard as this was for me and my sisters, it was harder for my mom. MS is currently taking over my mother’s body and mind. She has told me she never wants to go into a nursing home — she can’t have our last memories of her tainted by the pain and the confusion that has been building. 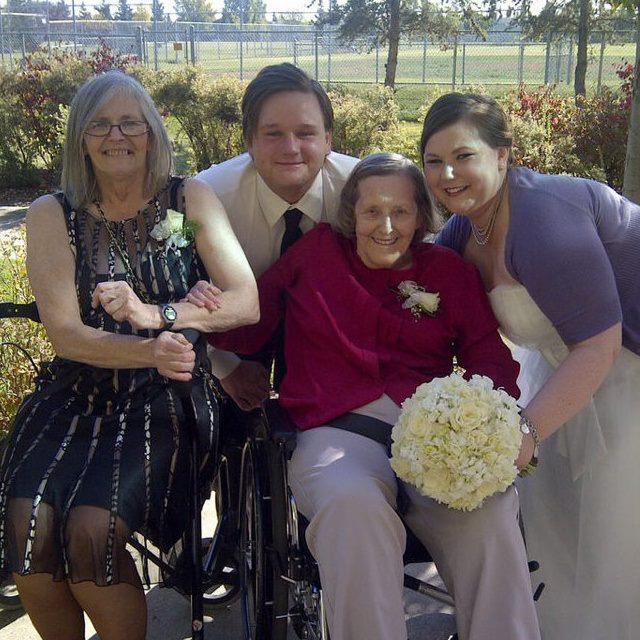 Kristen and her husband pose with her mother and grandmother on their wedding day in 2012.

When the Supreme Court made its landmark Carter ruling in 2015, we were so relieved. The stress of a torturous death no longer haunted my mother. With that stress gone, my mom became less symptomatic and was doing okay, but the pain and confusion have now caught up to her. Because of her confusion, we fear my mother may not qualify for medical assistance in dying (MAID). We are going to try, but I know and my dad knows and, unfortunately, my mom knew, that, because she could not make an advance request for MAID, the choice of an assisted death could well be out of reach. This is her life; she has known for years how she wants to die.

Another option, which we now know we should have taken, was that she should have applied when assisted dying became legal in 2016. But it’s not clear whether she would have fulfilled all of the eligibility requirements. Even if she had, should we have robbed ourselves of two years with my mother so that she could have qualified before MS stole her mind? How would that have been fair?

As a country, we need to think of cases like this because obviously we aren’t the only ones in this situation. I worry the restrictions put on access to MAID will have condemned my mother to an unknown number of years of suffering.

To our decision-makers: Please respect the rights of people whose choice has been threatened or denied by the ban on advance requests for MAID. Please find the courage to make advance requests for assisted dying available to Canadians. Please ensure that people like my mother will have the compassionate end-of-life choices that my grandmother didn’t get. 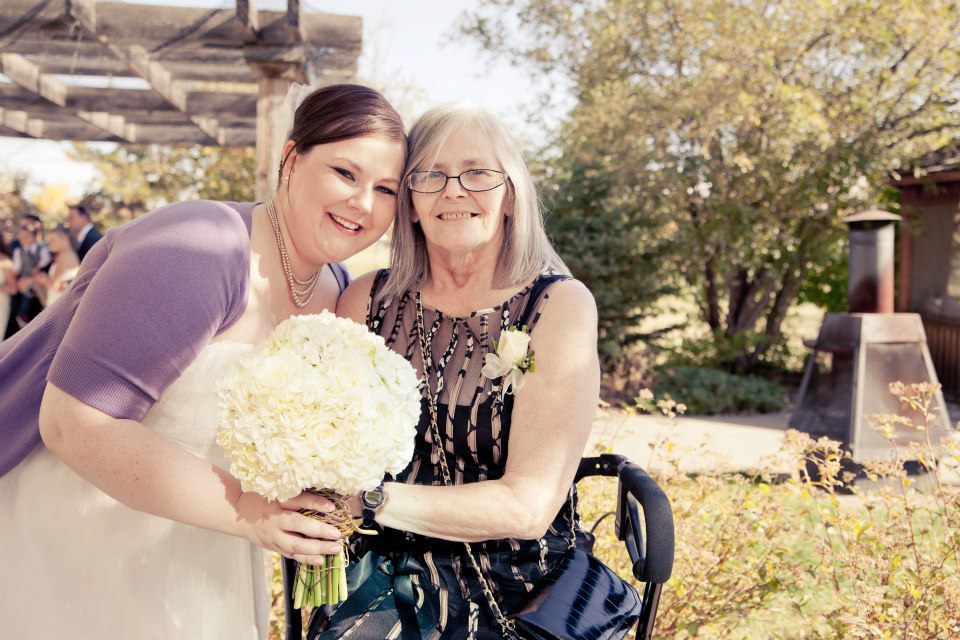 Kristen and her mother on her wedding day in 2012.

Dying With Dignity Canada thanks Kristen Kizlyk for raising a strong voice in support of advance requests for assisted dying and for sharing her grandmother’s and mother’s important stories.