A few years later, Kathy watched as her second wife, Lynne, was diagnosed with a terminal disease, but this time, assisted dying was newly legal and available in Canada. The contrast between Kim’s death and Lynne’s was stark, Kathy writes.

Bill C-14, Canada’s federal assisted dying law, is an important piece of legislation not only for those who want control over their death, but also for the families those individuals leave behind. It is the partners and families that must watch their loved ones leave and find ways to carry on after their death. It is a difficult time for families often made more difficult by the manner in which the death occurred. The death can either be a serene and positive experience or it can be traumatic and painful for the loved ones watching. Sadly, I have had both. 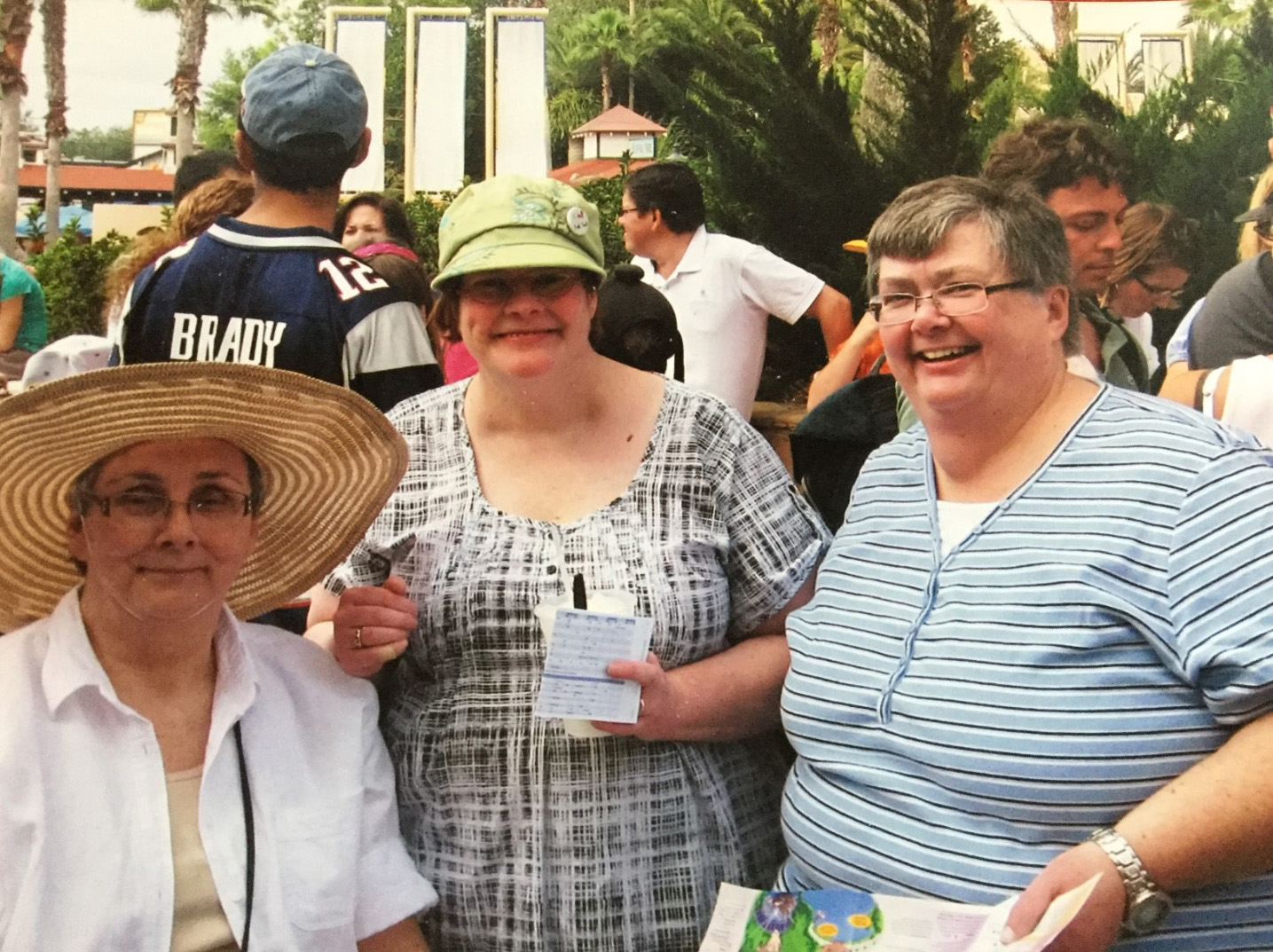 I have had the unique opportunity of watching my late wife, Kim, die prior to the legislation in February 2014, and my second wife, Lynne, die after the introduction of Bill C-14. Both wanted and requested a fast exit. One had to fight and ultimately was permitted to request enough pain medication to end her life. The other took advantage of the medical assistance in dying (MAID) program offered through the Winnipeg Health Authority.

Kim, Lynne and I were close friends for many years. During those years we talked frequently about the need for the opportunity to die with dignity, each of us vowing to help the other when the day came. I never imagined that I would be intimately involved in both women’s death. 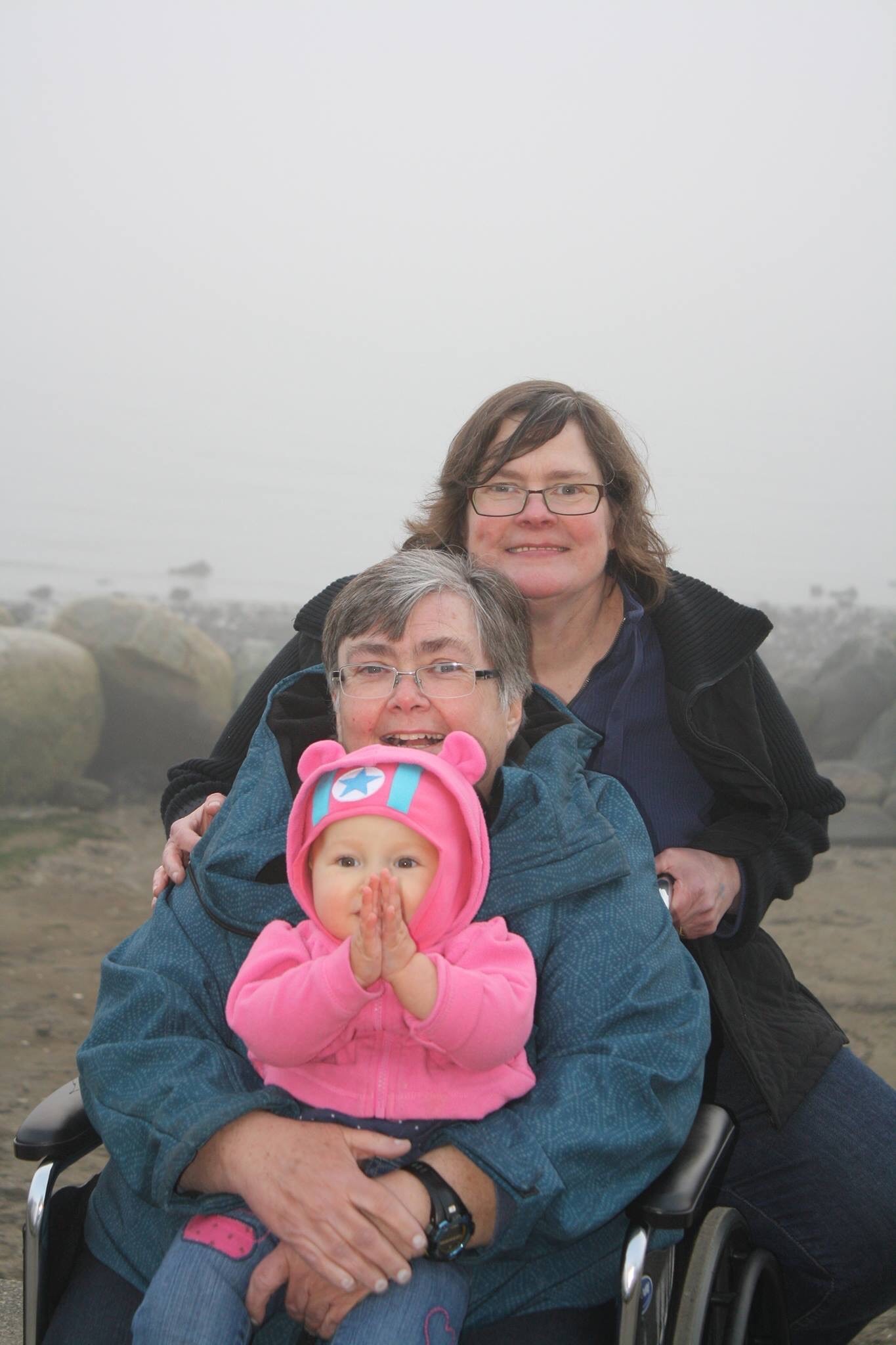 Kim and Kathy with their grand-baby at English Bay, Vancouver about a month before Kim died.

After a 25-year marriage, my first wife Kim was diagnosed with cancer in December 2013. She underwent emergency surgery on December 22 and we were hopeful. However, cancer was detected in two additional sites, and by early February, it became clear that her death was imminent. Kim was moved to a semi-private room and began preparing for her death. It was a difficult time for our daughter and me as we watched a woman that we loved dearly struggle with constant pain.

“I just can’t stand you watching me die”

Near the end, late one evening when Kim and I were alone, she turned to me and said “I’ve come to terms with dying, but I just can’t stand you watching me die.” She then asked that I try to find a way to “move the process along” so she didn’t have to continue her physical and emotional suffering. The next day, we met with the palliative care nurse who told us that she could live another two to three weeks and that there was nothing she could do. After a lot of negotiation, the attending doctor agreed to let Kim decide how much pain medication she needed and allowed her to increase her pain medication until she finally died eight hours later.

The actual death was traumatic as Kim gasped for air, made noises, opened her eyes and looked terrified and then died. That whole process was so horrific that, to this day, I have nightmares and cannot go into that hospital without crying and shaking. I am eternally grateful that I had sent our daughter home so she did not have to watch her mother die.

As is often the case, I later ended up falling in love with my best friend. Unfortunately, Lynne was diagnosed with a terminal disease in January 2016. She became a patient in the palliative care program, and after a few months at home, was admitted to a palliative care hospital. Lynne had already met with the MAID team and had determined that she would have an assisted death. 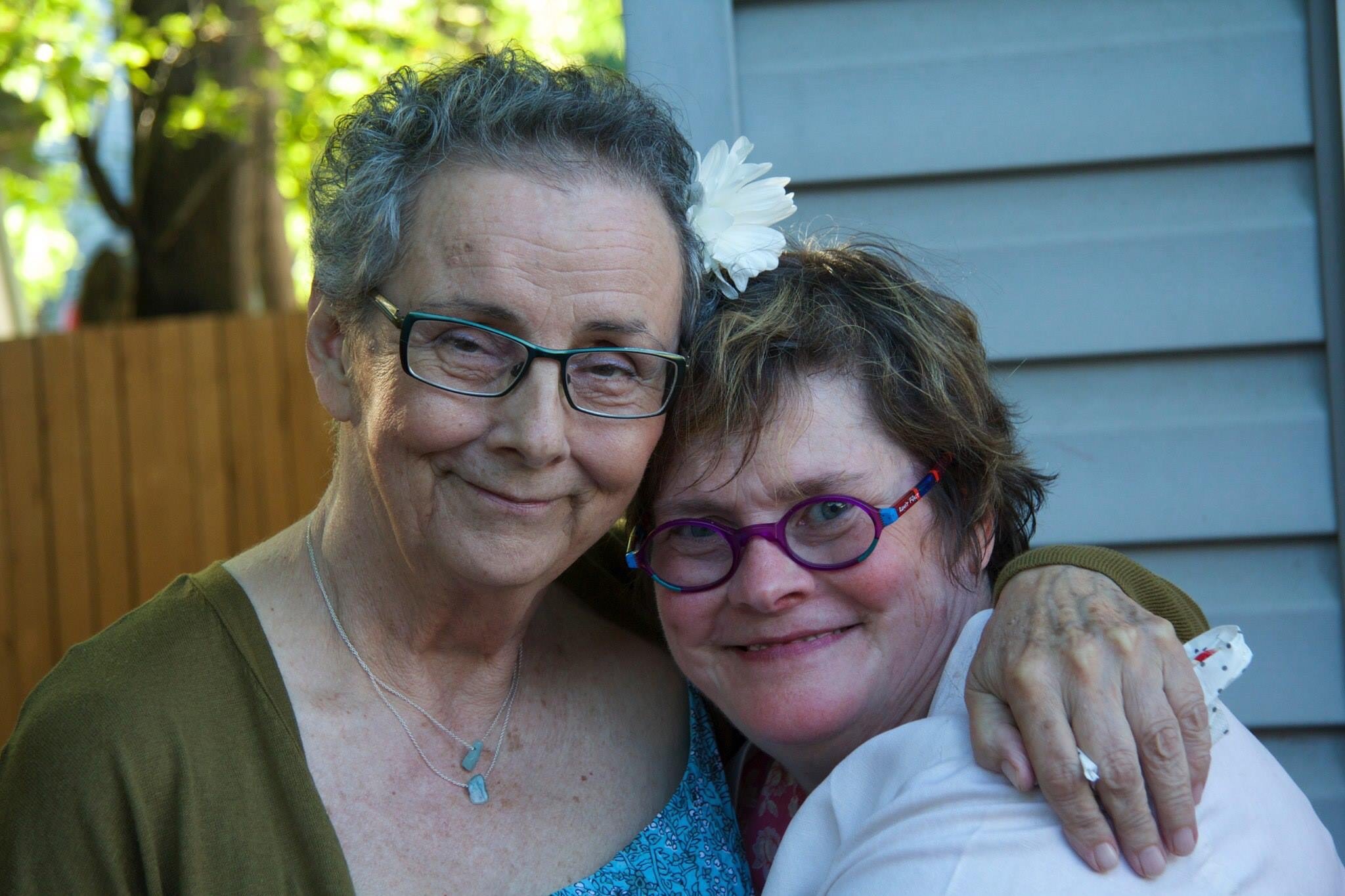 A couple of months later, after some very hard nights, Lynne decided she was ready, picked her date and time for her exit and arranged with the MAID team to come in. Her adult children were called and flew in, and we had time for a final gathering. Later that night, I was able to say goodbye and hear her final wishes. The next morning, the team administered the medication and she drifted off to sleep and then death. She looked peaceful and beautiful as she died.  The team was professional and kind and unbelievably sensitive to the entire process. I left the hospital that day, feeling very sad but at peace.

I often think about Kim’s comment “I can’t stand you watching me die.” Kim recognized that she was not the only person struggling through the process and that her impending death was as difficult for me as it was for her. She also acknowledged how emotionally difficult it was for her to watch me in such pain and didn’t want to be responsible for my suffering. Her comment was loving but also profound. In her last days, she was able to verbalize the emotional complexity of life and death. She wanted to release me from the process of ‘waiting’ to allow me to move to the process of ‘living without.’

As I said earlier, I have always been a strong supporter of allowing people in pain to make their own end-of-life decisions. I applauded the courts and government for giving families choices. However, all of those discussions paled in comparison to my experience before and after the new legislation. There is no question in my mind that Lynne’s death was considerably more humane than Kim’s. Lynne experienced far less pain, and the family saw the process as positive and not soul destroying. And I do not have nightmares about Lynne’s final moments as I continue to have with Kim’s death.

Dying With Dignity Canada is incredibly grateful to Kathy for sharing these powerful stories about her beloved wives, Kim and Lynne. Thank you for adding your invaluable voice to the conversation about assisted dying in Canada.