Justice for Jackie: An Open Letter

Nathan Parker’s grandmother, Jackie, was a formidable presence. As an Air Force veteran who had traveled all over the world, her strength was a cornerstone of her personality. However, at the end of her life, she couldn’t exert the control or make the decisions she wanted to about her health. In this powerful letter, her grandson Nathan shares his family’s heart wrenching experience watching Jackie suffer and eventually pass after voluntarily stopping eating and drinking.

My Grandma died last night. She did not die of a heart attack, stroke, or cancer. Jackie, always one to do things her own way, starved to death.

She had been in pain — a sharp, unrelenting stabbing pain down the entire left side of her body. She sought help from every conceivable doctor, surgeon, and physiotherapist, and tried every treatment, received every scan, and took every medication. However, it was all for naught. The source of her pain remained a mystery, and relief remained elusive.

Jackie’s will remained strong, but her body was failing. The pain was compounded by osteoarthritis — significantly restricting the use of her hands — and severe, intractable prolapses of the bladder and rectum, both of which became impossible to manage as her arthritis worsened. She could not sit, and she could not sleep; the only thing she could do to mitigate the pain was walk. And she did, for hours and hours a day. 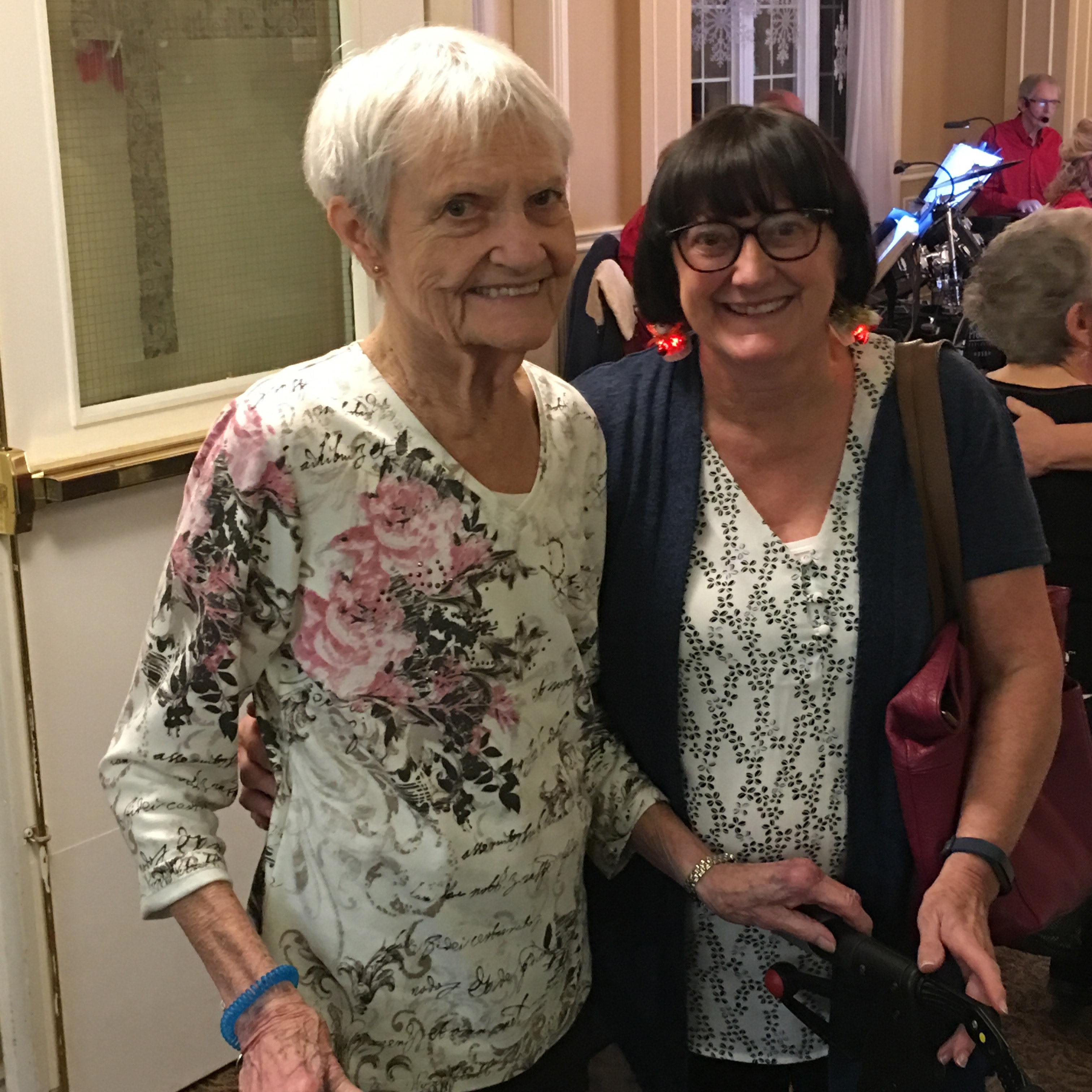 Jackie and her daughter Carole

An Air Force veteran and world traveler, Jackie was the very definition of stoic. In spite of this suffering (one would only need to watch her attempt to sit to comprehend her distress), she never asked for help; she remained independent and active until late last year, just after her 80th birthday. The pain had become too severe to function on her own. Every day was a struggle, and every night was agony.

We asked Jackie to come live with us in November of 2018. We were optimistic that she would finally find help, as the Ottawa area hospitals are home to many of the best doctors in the country. Instead, we were witness to her precipitous decline. Day by day, the pain grew worse, and sleeping, eating, and moving became almost impossible. Any enjoyment she could find in life was subsumed beneath ever-worsening pain.

On November 17th she was admitted to the Civic hospital in an attempt to manage the pain. Though she received drugs far more powerful than available at home, the pain remained. Nothing could mitigate her suffering, and she decided she wanted to die; the pain had been far too bad for far too long. We supported her wishes and helped start the process stipulated by the Canada’s assisted dying law. This is where her nightmare began.

It was a travesty from the start. We were not notified before the first assessment took place. I went to visit her the same afternoon and she was in tears; she had been denied her right to die, and refused a second assessment. The look of devastation on her face will haunt me for the rest of my life. Between the sobs, she repeated the question “what did I do wrong?”

Eventually, we received a written copy of the report. It read as a largely accurate account of her conditions, though it neglected to document a near inability to swallow and therefore eat, and a rectal prolapse so severe it had become a source of panic. Upon reaching the end, I was greeted with the words that served to needlessly perpetuate her suffering.

Unfortunately for Jackie, apart from her excruciating pain and the resulting inability to enjoy life, she was the picture of health. Her heart, lungs, liver, and kidneys were all healthy; a testament to clean living. She could potentially have many more years of agony and pain ahead of her. In short, her natural death had not become reasonably foreseeable; if she had a terminal diagnosis, things would be different.

This clause has been the source of numerous challenges to C-14, many of which were successful. One such case, relevant both as a result of jurisdiction and similarity of condition, is A.B. vs Canada. After 30 years of crippling osteoarthritis, followed by a 2 year court battle, A.B. was granted her right to die, having previously been declined as a result of clause d. In the ruling, Justice Paul Perell of the Ontario Superior Court ruled:

“A person needn’t be terminally ill for her natural death to be “reasonably foreseeable,” nor does one need to be suffering from a fatal medical condition in order to qualify for MAID. When making a determination about a patient’s eligibility, providers of MAID, “need not opine about the specific length of time that the person requesting medical assistance in dying has remaining in his or her lifetime.” (DWDC website, 2017)

We pressed for a second opinion. Given precedent, we could not understand why she would be declined. Nothing came of it. In the meantime, we attempted to see if she could receive palliative care, as by then she could no longer eat, and had refused IV nutrition. Once again, she was denied, citing identical reasoning.

As I work in a hospital, I knew that the best way to have one’s concerns addressed is to go directly to the patient advocate, so we did just that. Within days a meeting was booked with the head of the medical assistance in dying (MAID) team and their chief ethicist. Jackie was subsequently re-assessed and approved for palliative care and transferred to Elizabeth Bruyere. She was also to receive a new MAID assessment; the prior one having been discarded, as “her condition had deteriorated”.

We met with the second doctor on Sunday, November 29th. He completed a thorough assessment and determined that Jackie met all the criteria for MAID, though part d remained in question. This time she was not immediately declined, but we were told that this is a complicated case and would require a review by the hospital lawyers. When presented with the aforementioned court ruling, we were told that the situation is not exactly the same, though no further detail on this matter was provided (for which we cannot fault the doctor; he is not a lawyer, though he was kind and forthcoming with information). The second assessment was to be completed within a few days.

17 days after entering the hospital, Jackie received a complete reassessment. After extensive consultation with medical ethicists, colleagues, hospital lawyers, and the coroner, two brave and compassionate doctors stepped up to provide Jackie relief. She was approved for MAID, though she would have to wait until December 10th as earlier accommodations were not possible (there are increased requests for MAID during November and December). 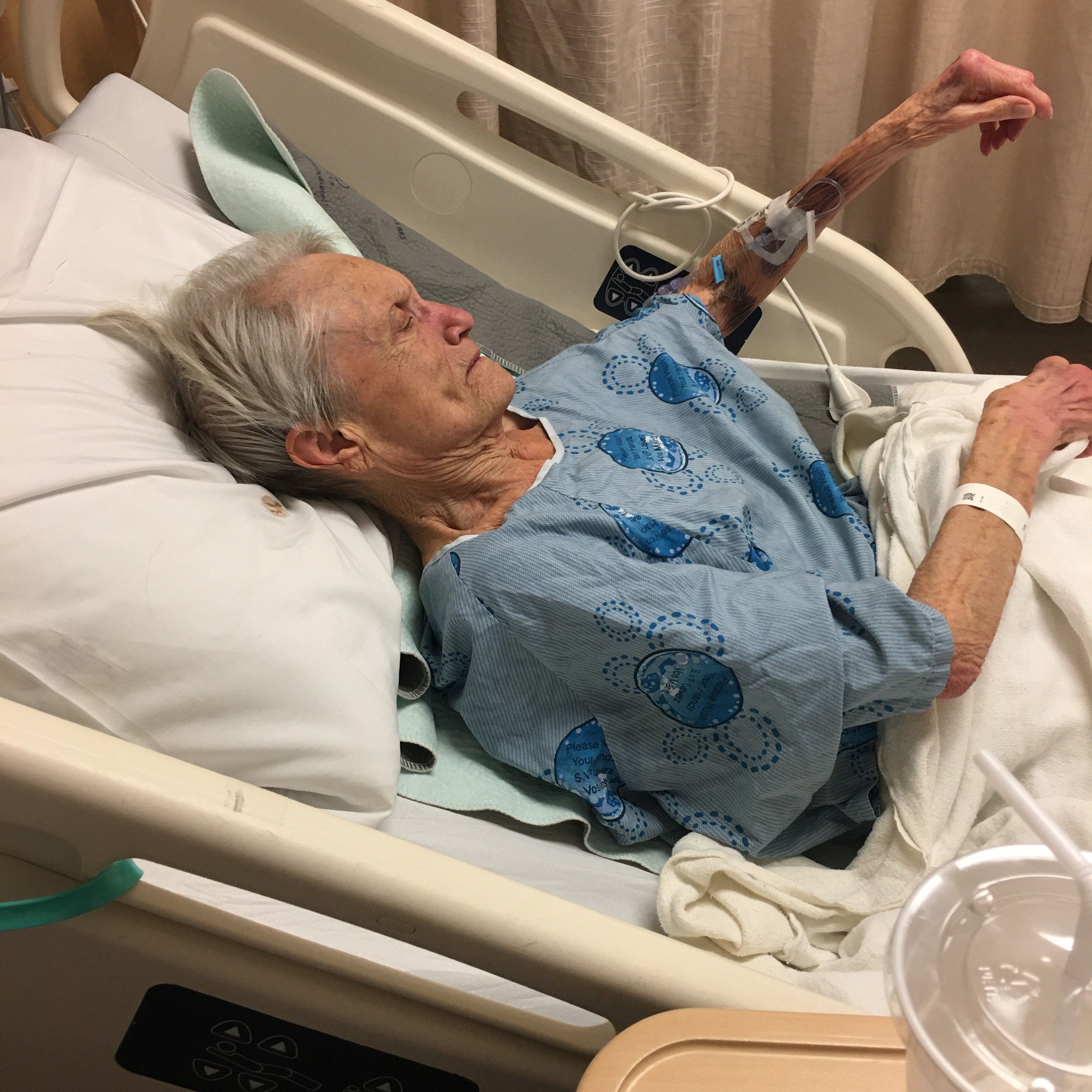 Hard fought as it was, Jackie ran out of time. What was left of her strength had faded, and by December 10th, she could no longer meet the consent procedure required to complete the MAID process. Her intentions were never in doubt, but the vagaries of the law meant she could not provide pre-authorize her end. On December 12th, 25 days after she stopped eating, Jackie Parker died of starvation.

As we watched her fade, time and again, she would repeat several phrases. She told us how badly she hurt (which was still surprising to hear from the ever stoic vet); she would tell us how she thought she said something wrong in spite of all reassurance, and she told us that nobody else should ever be made to suffer like this.

We do not fault the lawyers, for they were defending their client’s interests. We do not fault the doctors; they were abiding by the law. Who could blame anyone for wanting to avoid a murder charge? The doctors wanted to help, and they told us as much. Her pain was clear, her approaching death was self evident. Yet because of clause d, they could risk prosecution for providing a peaceful, dignified end; a final reprieve from the pain.

Jackie was right. Nobody should ever have to suffer like her. None of the people who died in agony due to those six awful words should have been denied the right to end their lives with dignity. The problem is not the people involved in the process; the problem is the law, which, when followed to the letter, perpetuates suffering beyond reason.

Provide clarity to the medical professionals who want nothing more than to alleviate the suffering of their patients. Provide relief to those denied the right to a dignified end. Provide closure to families left wondering why the system failed their loved one.

Provide justice for people like Jackie, denied the compassion most would bestow upon a family pet, due to a technicality.

Nathan Parker, on behalf of Dan, Carole, Nicki, and the rest of the Parker family.

Editor’s note: On March 17, 2021, Bill C-7 was passed including the removal of the “death must be reasonably foreseeable” clause.