After many years of suffering from various unresolved medical problems, my husband John was finally diagnosed in December 2017 at the age of 61 with a rare progressive neurological disorder, Multiple System Atrophy (MSA), which can only be confirmed by brain autopsy following death.  MSA is a complex disorder and often goes undiagnosed.  As MSA progresses, we learned John would be bedridden and would require an advance directive about which emergency treatments he would want or not want (such as resuscitation, intubation, and feeding tubes).

Sudden changes occurred in our lives with that diagnosis – John was no longer permitted to drive a transport truck, a job he loved most of his life. He had long ago stopped riding his beloved Harley Davidson, as he no longer had the strength to hold it up and to balance himself on the bike. He went on sick leave from work, eventually moving to long-term disability. Thankfully, he passed a driving test in January 2018 and was able to continue to drive his personal vehicle, although dangerous changes to his driving habits caused him to stop driving altogether in May 2018. In June 2018, we sold our home of 32 years and moved to a rented condo closer to my work as an Executive Assistant in a Toronto hospital.

John was now able to get around with the use of a walker, although it was becoming exhausting for him to even walk around the block. Eventually he stopped walking and was only able to get around in the condo. Evenings and weekends, we would sometimes go out for dinner or visit with friends and family. He took great joy seeing our children and grandkids. Our son and his family live in Cambridge, Ontario, while our daughter and her family had recently moved to Louisville, Kentucky. We took a few trips during this period, although it was very difficult for John to get around in airports. Eventually he agreed to use wheelchairs provided at airports, which was very helpful. His last trip was to Vancouver for our niece’s wedding in July 2019. It was that trip that made us realize air travel was too difficult. 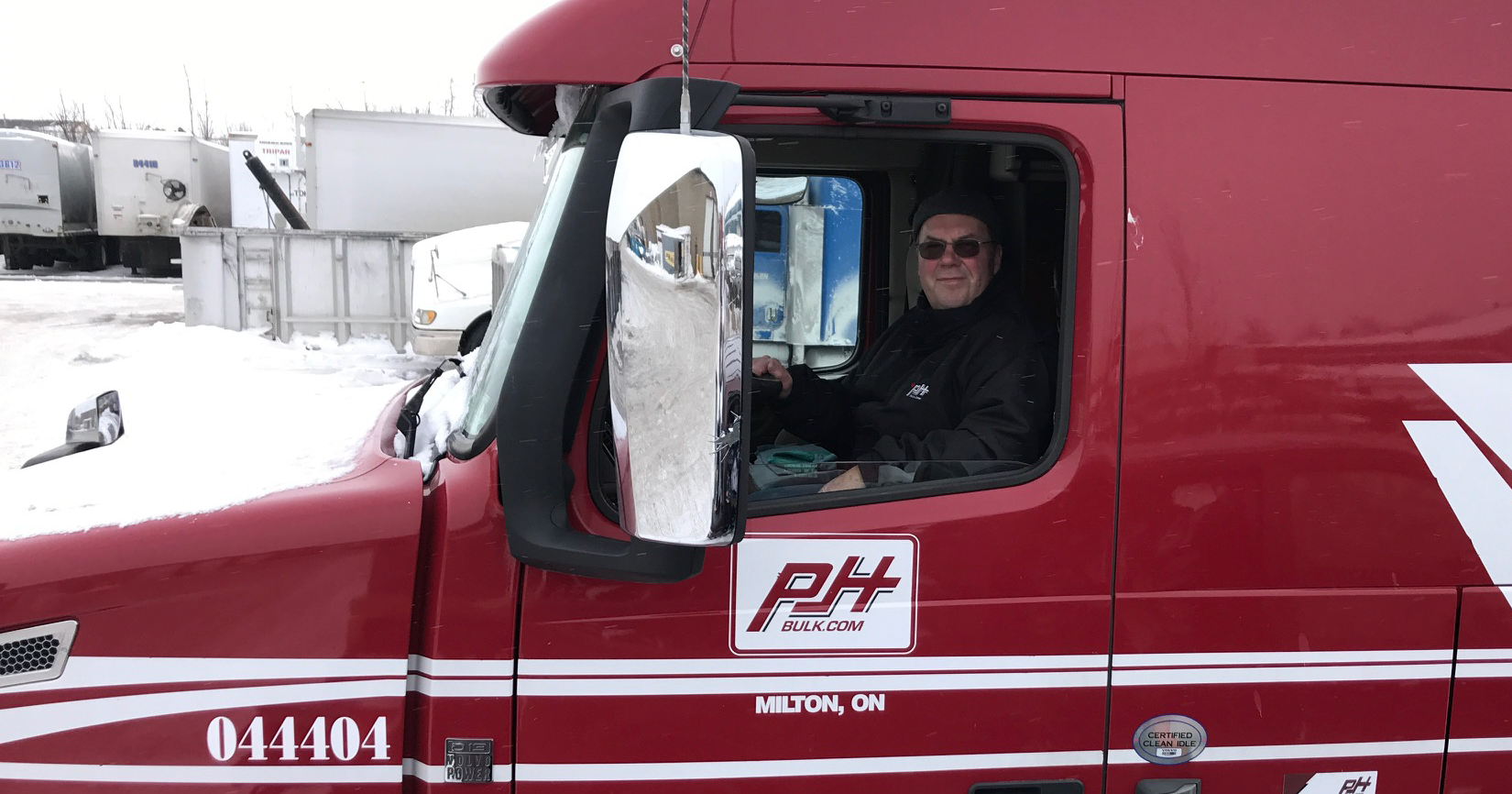 In December 2019, I made a decision to plan my retirement in order to spend more time with John as his decline seemed rapid. I planned a road trip to visit John’s sister Deanne in Maryland, our dear friend Sue in South Carolina, and finally our daughter Erin and her family in Louisville. I’d retire April 1, 2020 and we’d leave for the U.S. April 4, 2020. John kept telling me he wasn’t up for the trip, but I insisted he’d be fine if we just stayed in hotels and travelled in our comfortable SUV. Mid-March, 2020, we all know what happened! COVID-19 made it impossible for us to travel. John may have been secretly pleased!

On April 4, 2020, I was heading down to the lobby to meet a friend who was dropping something off for me. Unfortunately, as I exited my condo doorway, I tripped and fell, breaking my elbow. My son came to pick me up and get me to emergency. He was worried about Toronto hospitals during the coronavirus outbreak, so he took me to a Cambridge area hospital. I then had to return to their fracture clinic a few days later for a new cast. During the same period, John had a bad fall and was having a very difficult time showering and using the washroom. I had to assist him and it was impossible for me to help him in the shower with only one arm. We decided then to access PSW services. It only took one visit for John to tell me he would not do that again. So our son helped. His dignity was slowly being taken away…

About a week after I broke my arm, John called my son and I together and announced, with difficulty, he wanted to proceed with MAID and a brain donation for MSA research. He had first mentioned MAID in January 2018, immediately following his MSA diagnosis. At that time, I promised I would support him in this decision when he wanted it down the road. Unfortunately that time was now here, just over two years later. He was 64 years old.

After a couple of reminders from John and conversations to ensure he was certain about his decision, we called our family physician mid-April. She referred us to the MAID 1-800 information line. We called that number immediately and spoke extensively to a counsellor there. She took our information and someone called back within hours to further interview us and to schedule two FaceTime calls with two MAID physicians. The calls were scheduled for the next day.

First, we spoke to “Dr. Anne”, a lovely retired Toronto physician. Our conversation was easy and relaxed. Despite John’s difficulty speaking he was able to get across his feelings and thoughts, although I also chimed in quite often. Dr. Anne said she fully supported his decision and would advise Dr. Damian, the physician who would be doing the MAID procedure. Our second conversation was with “Dr. Damian”, a very cool and hip young Toronto physician. Again, our conversation was easy and relaxed. He also agreed with Dr. Anne and supported John’s decision. We informed both physicians that John wasn’t quite ready to move forward with plans, as we wanted our daughter and her family to make a final visit to Toronto after the required two weeks’ quarantine. We also needed to make arrangements for the brain donation.

The next step was for John to complete the MAID form available online. We were to “tuck it away” for the day he decided he was ready. We also needed to have a witness sign the form. John was comfortable informing his brother about this decision, which we did that week. The form was signed and ready in his night table. We would need to present this form to Dr. Damian on the day MAID was administered.

It was now time for me to research MSA brain donations online. I found several options, but most were in the U.S. There was one Canadian option in Toronto at UHN’s Toronto Western Hospital. Although John qualified, we were told that the program was on hold until the COVID-19 outbreak was over. It was mid-April and I told them John was willing to wait until June after spending time with our family – little did we know COVID-19 was far from over! Eventually, UHN agreed to proceed with the brain donation if he had a COVID-19 test two days before the MAID procedure.

We enjoyed some time with our family before deciding that June 11 would be the date to proceed with MAID. UHN was informed of the date and they arranged for a COVID test on June 9.

It was a beautiful day and the last day we would all be together.

We spent all day Sunday, June 6 with our children and grandchildren at my son Greg’s home in Cambridge. It was a beautiful day and the last day we would all be together. Greg sent a limousine to take us from Toronto and to get us back safely that evening.

On June 11, our children, their spouses, John’s brother and his wife all spent the afternoon with us. Dr. Damian arrived about 4:00 p.m.  John went into our bedroom and each of the family went in to say their final goodbyes. I was last. I was on the bed beside John and we had time to say our final goodbyes. We told Dr. Damian we were ready. He explained the process one last time. John was quickly asleep beside me as the process continued. Several minutes passed when Dr. Damian declared that John had passed on. I stayed with him for a while longer and then went to join my family.

Soon after, the transport arrived to take John to UHN’s Toronto General Hospital for autopsy.  Months later, in a Zoom call with family and our neurologist we learned that the 2017 diagnosis was correct. John did in fact have MSA and his brain would be used for MSA research at UHN.

I am so proud of John. He made such a brave decision to end his life while he was able to make that decision for himself. He lived on his terms and died with dignity. I sincerely hope MSA research benefits from his brain donation that was so important to him right until the end. I think of him often. I am thankful for the 40 years we were married and that he was able to know all of his five grandkids.

John did not share his choice with many people other than close family. This also made it very difficult for me to share after his death. I am still struggling with this decision and have only shared with some people close to me. Unfortunately, we were also unable to have a funeral due to COVID restrictions.  We hope to have a memorial sometime in the future when we will be able to share stories of this truly wonderful man we all loved.