Dying with Dignity Canada’s supporters are passionate allies in the defence of human rights. Some choose to raise awareness by sharing their personal end-of-life experiences, others volunteer at the local level with one of our regional Chapters, send a letter to decision-makers, act as an Independent Witness for medical assistance in dying, or give a gift to advance our mission.

Throughout the year, we will be highlighting the stories and contributions of DWDC’s donors, and what motivates them to give so generously.

This is Jeanne’s story.

I grew up in Holland; one of my earliest memories was when my grandmother died. I was seven years old and my Dad told me that he wanted me to see her before they buried her. She was lying in a casket dressed in a typical Dutch outfit. Her body was surrounded by people drinking coffee and talking. I have never forgotten it. I told my dad that I wanted the same thing to happen to me when I died.  After my grandmother died, my grandfather moved into a home for seniors. I never liked going there.

I am now 74 years old. My husband died 12 years ago and one of my daughters died shortly after birth. I have witnessed a few deaths in Holland and here in Halifax, where I have been living since 1972, many were medically assisted deaths. Holland and Switzerland were two of the first countries to legalize assisted dying.  A few years ago, I went to a meeting to discuss medical assistance in dying (MAID) in Holland. The room was full. After the meeting the organizers gave everyone a little metal box. My brother and I took one. When we got home, he opened it up and there was a little white pill in it, and he put it in his mouth. I said, “Don’t do that.” Turned out it was an aspirin. Dutch joke.

I came to Canada when I was 23 years old to study, met a man and got married. My husband was a law professor at Dalhousie University, so I got to know many of his colleagues at the Law School. One of them was teaching Health Law and asked me if I would talk to her class about MAID. There were about 30 students there between 24 and 30 years old. Before the class ended, I asked them to put an X on the piece of paper if they somewhat agreed to the concept of MAID, and leave it in a box as they left the room. Most of them did. I showed the metal box that held the aspirin to the professor who brought me into her class, and told her the story. She has that box on a shelf in her office today.

I have been very interested watching the MAID law develop in Canada. I want to help people with whatever I can do, especially through knowledge sharing. Many older people do not use computers, so I help them find the information they need or fill out the proper papers. This has been challenging during the COVID pandemic.

Before COVID, an acquaintance asked me for help. She had terrible cancer; eight treatments did nothing. She said, “Help. I want to die.”

Ten days later she had a medically assisted death. Her daughter thanked me, she hated to see her mother suffer so much.

I am a longterm monthly donor, my motivation to support DWDC is that I believe in the work they do and hope that Canadians know that end-of-life choice is available to them. We will all die eventually and there are choices you can make.

My husband died 12 years ago at home battling cancer. I looked after him for a year. I remember his last words, “I love you very much.” A good loving life with your family will help you carry on after you lose a loved one. 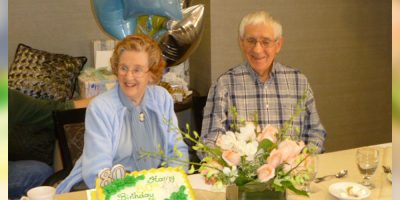 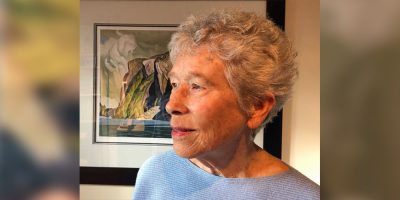 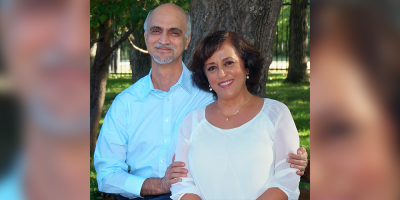 Dying with Dignity Canada’s supporters are passionate allies in the defence of human rights. Some choose to raise awareness by…