Irene’s story: No rest in peace

At age 56, Waterloo, ON’s Irene Browning is sure of what she wants. After a journey with Major Depressive Disorder and Fibromyalgia, she made her decision and made a request for medical assistance in dying (MAID). But what happens when Irene’s request for MAID is denied, and what will proposed upcoming changes to legislation mean for people suffering from mental illness?

I just had my assessment and had been refused access to medical assistance in dying (MAID). While I already knew the likelihood of me getting approved by the doctor was going to be slim to none, I still felt disappointed and afraid of what the answer to that question was going to be.

Why did I know that I was likely going to be refused? Well, mostly because my natural death was not “reasonably foreseeable.” In other words, what ails me does not come with a death sentence. So, what do I have? The main things are Major Depressive Disorder and Fibromyalgia.

My name is Irene Browning. I am 56 years old, divorced with no children, and I live in Waterloo, Ontario. 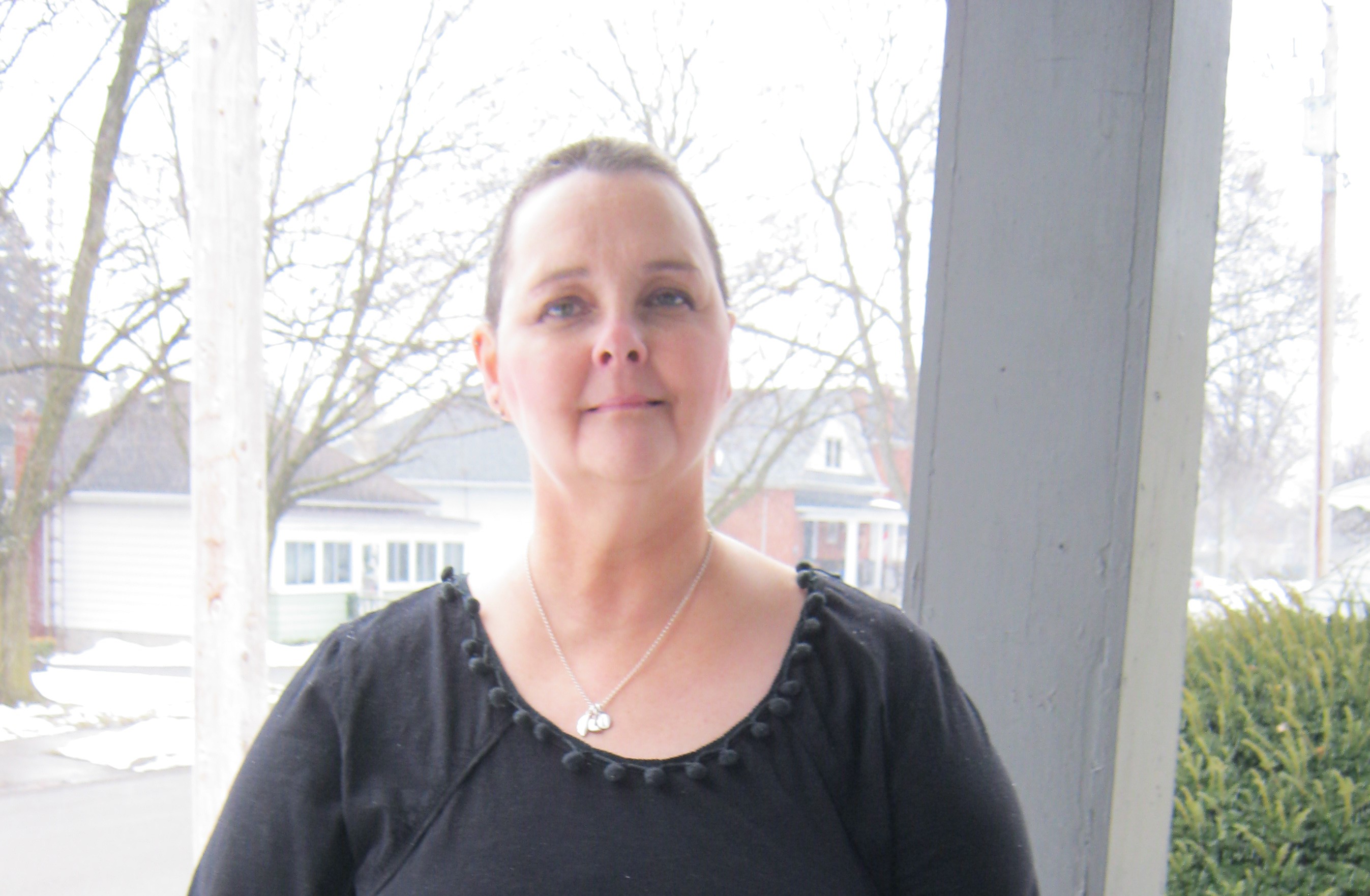 A photo of Irene at her home in Waterloo.

My first introduction into the mental health system was when I was 14 years old. I took a handful of my mothers’ medication for her Bipolar Disorder and I drank a lot of rye, with the intention to kill myself. Not surprisingly, I developed an addiction to alcohol that I quit over 24 years ago with the help of Alcoholics Anonymous and a lot of good people. I have spent my life trying to become a better and mentally healthier person. I have tried various methods of mental health treatments over the course of my lifetime, some with more success than others, but none for very long – soon enough I would be back to struggling. I always felt like I was at a further back “starting line” than everyone else.

Life changed a lot when the Fibromyalgia started, which was probably about seven years ago. I have been in pain 24/7. I am no longer the person that I used to be. Every single thing I do is affected by it, and I ended up a shell of a person. I went on my Disability Pension and ODSP (Ontario Disability Support Program). I felt like a 56 year old woman who just turned 86 years old. I started to get some help for the pain and tried to reinvent a new life for myself.

When they first started talking about passing this law to allow MAID, I thought, “WOW! This is fantastic. Even the government can see that people should have the right to decide.”

I did a lot of thinking, taking stock of my situation, and looking at the reality of everything. I am by myself, financially struggling, and my health was getting worse. I was doing less and less and had so little pleasure in life. This is not how I imagined my life turning out. I sat with these thoughts for a while. Then something significant happened.

I remember visiting my psychiatrist when I was in one of my deep, dark depressions and I would joke with him about how I would still show up for my appointments. We would joke around about why I still came to see him. “What is that?” I asked.

“Why Irene,” the Doctor would exclaim. “That’s hope.”

Well, for the first time in my life after this point, I stopped having that hope and it has never come back. I knew deep down inside that I was done. I no longer wanted to investigate anymore treatment options, medication changes, natural remedies, therapists… I didn’t have any hope of getting better. I had tried everything that was available and life was as good as it was going to get. That was the reality. All I was (and am) doing is existing in pain.

The reality is that I am alone and it will always be me taking care of me. I refuse to be a burden to anyone. I have thought long and hard about where I am now and where in my future I will be. The pain is too much and that the quality of life is not there and has not been there for many years. After much thought, I know I want to access MAID.

What’s the problem? What do you mean I can’t? Wait, I’ve done everything that I’m supposed to do, everything that my General Practitioner, Nurse Practioner, Medical Receptionists, Social Workers, Psychologists, Psychiatrist, Technicians, Pharmacists, Specialists, Pain Doctors, Physiotherapists, Acupuncturists, Homeopath, Reiki, Dietician, Yoga Instructor, Aqua-Therapy, Personal Trainer, Spiritual Healer, Chakra Healer, AA Books, Meetings, Steps, Sponsor has told me to do! And most times, without question, because I figured that you’re the experts, you know better than me. You’re not listening to me, yes I know I’m young, I have given this a lot of thought. Yes my siblings are aware, yes I have started to tell some of my friends, I have witnesses ready to sign, my will is done. I’m sorry, did you just ask me if it’s really that bad? You make it seem like you are making this decision for yourself, for your life but you are not, this decision should be made by me, it’s my life. I am the one that has to live it. I find it to be such an insult that people assume because I have mental health issues I am unable to make rational decisions.

I think this is what upsets me so much: I’ve spent different times in my life in these horrible dark spaces, in times when I wanted to kill myself. It took everything I had not to do it. Now, a bunch of strangers have decided that my pain isn’t worthy enough, or isn’t the right type of pain. Really? Doesn’t it tell you something when you see people with mental health issues and chronic pain people requesting MAID referral forms? So, to answer your question: “Yes, it really is that bad.”

I slowly come back to reality. The MAID assessor left a few minutes ago. I have tried to prepare myself for this day, but deep inside, I am devastated. All I want is a peaceful death. Maybe I could have my sister with me, with some beautiful music playing. It could be in my room. I spend so much time in there anyways. I could take the medication and peacefully go. Instead of what? Having to go to a hotel or motel, alone. Hopefully killing myself painlessly, correctly, and then, a poor person has to find me. What happens if I’m not dead and they don’t see the DO NOT RESUSCITATE note lying next to me? It would say in my death records that I killed myself. Something I worked my whole life not to do.

So while I see that the Liberal government recently tabled legislation (at the end of February 2020) to amend some of the rules of MAID, I saw that they want to disqualify people whose sole condition is based on mental health issues only. Sadly, I wasn’t surprised. It’s a pain they don’t understand.

I also notice that they want to remove the words “reasonably foreseeable” from the law. All I know is that for people like me who have chronic pain and mental health illnesses, we are left to sit here asking the Government this question: “What is an acceptable level of intolerable suffering that a human being must experience for them to be eligible for MAID?”

Where does that leave people like us? We’re looking to no one and asking, “Well, now what the hell do we do?”

With Blessings and Love,

DWDC thanks Irene for her powerful and honest account of her experiences. If you are experiencing thoughts of self-harm or suicide, you can contact Canada Suicide Prevention Service (CSPS) by Crisis Services Canada. The 24/7 line enables callers anywhere in Canada to access crisis support by phone, in French or English: toll-free 1-833-456-4566