Grief is a topic that is often overlooked or neglected, yet grief is an experience that impacts people in a myriad of ways. As part of our mission which aims to advocate, educate, and support, we have identified the need for public education surrounding the grief experience. Several storytellers have shared their lived experience with grief for our blog – this is Martha’s story.

Hospice Huntsville (Ontario) had its beginning in 1989, as an organization that offers palliative care in hospital, at home, and in Long Term Care Facilities.

It has been my honour to volunteer at Algonquin Grace Hospice Huntsville, a five bedroom home that opened in January, 2012.

I began as a receptionist, answering the phone, tending the beautiful kitchen, doing some office work, and greeting visitors.

Soon, I found myself, at the encouragement of a dear friend, taking the course offered by Hospice Huntsville to give Grief Support. It is a wonderful programme developed in house at the hospice, with ideas gleaned from other similar facilities, and experts in the field.

This deepened even further an already deep appreciation of hospice’s incredibly wonderful care not only for end of life, but also care for those left behind after the death of a loved one.

The Grief Support Programme is a seven session course, starting with Orientation, and from there easing into the process of dealing with an enormous loss of a loved one, ending with “Opening the Door to a New Phase of Your Life”.

The training is extensive, and requires considerable compassion, good listening skills, and certainly no judgment. Confidentiality is paramount. I was accepted as a grief supporter, and feel very fortunate to have been given this opportunity.

I was trained by a wonderful friend and mentor. We worked together leading a group for the seven sessions of the course. There are no “musts”, not even “shoulds”, in other words, no requirements except to show up. I could sense, as each session passed, how every person in the group became more and more comfortable and willing to share their stories and those of their loved ones. It was a marvelous process. I too became more and more confident and comfortable. When working with a group, we work in pairs. It can also be one on one.

In February, 2015, I was paired with a woman to meet one on one. Her husband had died in December, 2014. We connected beautifully. I met with her weekly, each Wednesday, at the hospice, after my shift at the desk ended, at 1 p.m.

I arrived home to a happy husband. We enjoyed dinner together. After dinner, although he was very tired, we hugged, said the usual “I love you”, and he left to attend a meeting.  About half an hour later, there was a knock on our door. There stood a very good friend who was also at that meeting. He came to tell me that my husband had collapsed at the table, and was being taken by ambulance to the hospital, and he was there to take me there.

On the way, he said that there had been no response to the defibrillator, nor to CPR. Which was administered immediately. Of course, my heart was sinking.

One of our sons was at the hospital to meet me. We made the decision that since resuscitation had been unsuccessful for well over half an hour, to ask that the process be stopped. After the attending Trauma Room doctor made sure that was the decision we wanted, he ordered that the attending Paramedics stop. I was very reassured when he walked over to me, gave me a hug, and said that we had made a very wise decision.

Although I was feeling both shock and sadness, soon after, a feeling of gratitude overcame me…gratitude that my husband had died suddenly, peacefully, and painlessly.

Of course, I could not continue offering grief support, as I was in the throes of it myself. My very good friend and mentor stepped in for me to complete the course with the woman who had become very close to me by this time.

After three months, which is the recommended time period to wait, I became a recipient of the Grief Support Programme. It was then that I discovered how truly wonderful it is.

I was placed in a group with seven others. Some had lost a spouse, another a child, another a mother, another a sister. Our leaders were two women with whom I had trained to become a grief supporter.

I knew the course very well. What I didn’t realize was what it is like to be on the receiving end. From the very first class, I felt warmth, caring, and support.

The first session lays down the ground rules, including confidentiality, dealing gently with each other, sharing as much or as little as we choose, talking one at a time, giving everyone equal time, no advice, and punctuality. We opened up little by little with each session, until we realized we knew each other very well, and cared very deeply. We had shared many stories and intimacies about our loved ones, and about us!

The last session dealt with opening the door to a new phase in our lives. We wrote about what we were going to start, what we would stop, and what we would continue.

I left that session feeling supported, cared for, and equipped to live a life of joy and happiness, in spite of the huge gap in my heart that was left by this tremendous loss.

Some of us continued to meet once the course had finished, at a local kitchen, where we could share in the preparation of a meal, and enjoy eating together, connected in a way that none of will forget. It is an incredibly strong bond that we have formed. I am so grateful. 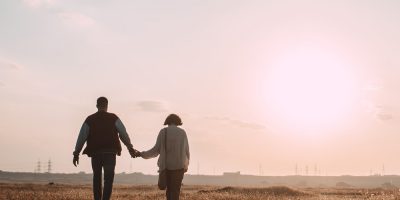 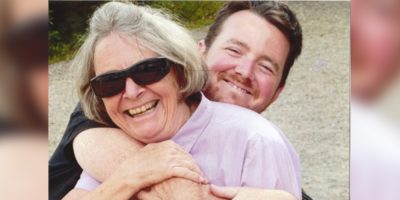 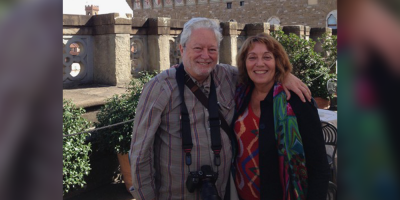