Geraldine’s story: How I supported my husband on a journey with assisted dying

Home / Personal Stories / Geraldine’s story: How I supported my husband on a journey with assisted dying

In this moving entry for the DWDC blog, Ontario’s Geraldine F. Neily honours Dale, her husband of nearly 63 years, who accessed his wish of a medically assisted death in October 2018. His end-of-life choice, she writes, was the final chapter in “a life well lived.”

Dale Neily and I were married for almost 63 years.

Dale and I became good friends in high school just after World War II. After that, I completed my nursing training in Hamilton while Dale was at Ryerson in Toronto for engineering. Our friendship grew to love. We were married in late 1955 and settled in our hometown of North Bay, Ont.

We ran and built a tourist resort for 16 years and raised our four girls there. Dale spent many hours guiding tourists on fishing excursions on Lake Nipissing. He was often in the sun without a hat or shirt or sunblock for many hours. In our retirement years, we spent many hours in the Florida sun. Needless to say, Dale developed many skin cancers that were removed surgically. 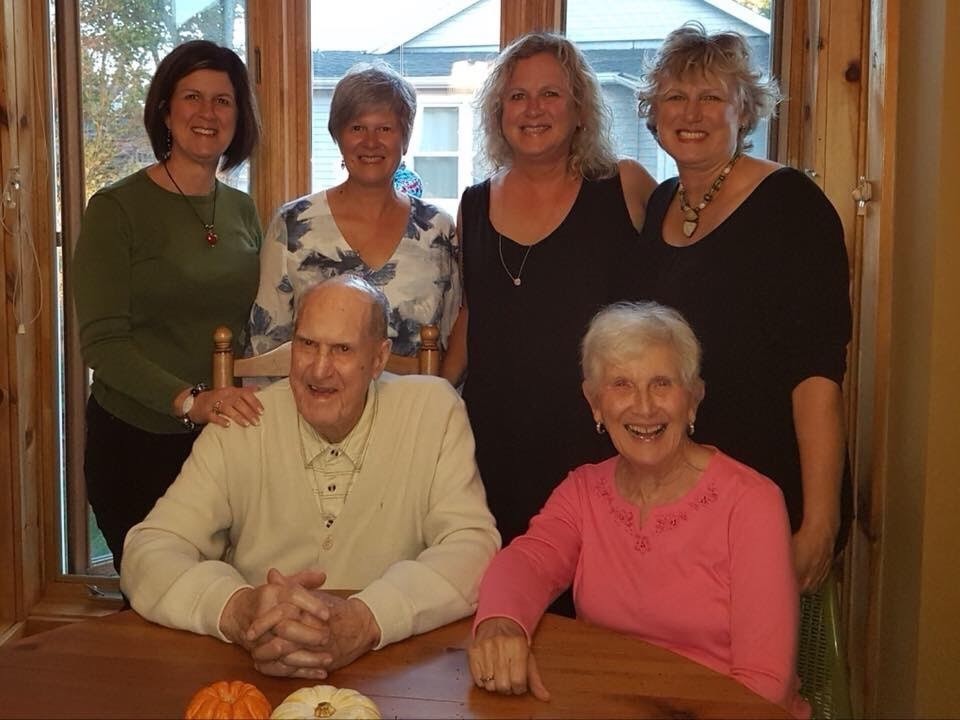 Dale and Geraldine Neily with their four daughters — Kathleen, Leeann, Christine, and Colleen — in North Bay, Ont. for Thanksgiving 2017.

His health concerns didn’t end there. Dale also had a cardiac arrest in Florida on his 65th birthday. He survived that and had a triple bypass. He had a lobe in his lung removed due to bronchiectasis, and he later survived a second heart attack and congestive heart failure. In spite of all of this, he was a very strong man and remained physically active. His love of building led him to work with a church group to build accessibility ramps and he also helped with four major builds with Habitat for Humanity in North Bay.

Eventually, Dale developed a serious squamous cell cancer on his nose and scalp which he had radiated for six weeks. After several years and surgeries on his scalp, the doctors told Dale there was nothing more they could do as the cancer had penetrated his skull and soon would be in his brain. It was dangerously close to a major artery in his brain.

The nurses and I dressed the wound for more than a year as it grew in size and depth. The dressing changes became increasingly painful, and Dale became weaker and weaker. He had to go on strong pain medication. Dale had to give up driving and many activities as his strength waned. We had heard about the option of medical assistance in dying (MAID) and contacted a doctor in the community named Dr. Mike Leckie. He spent many hours counselling us and even visited us in our home. Dale requested MAID in the summer of 2018. 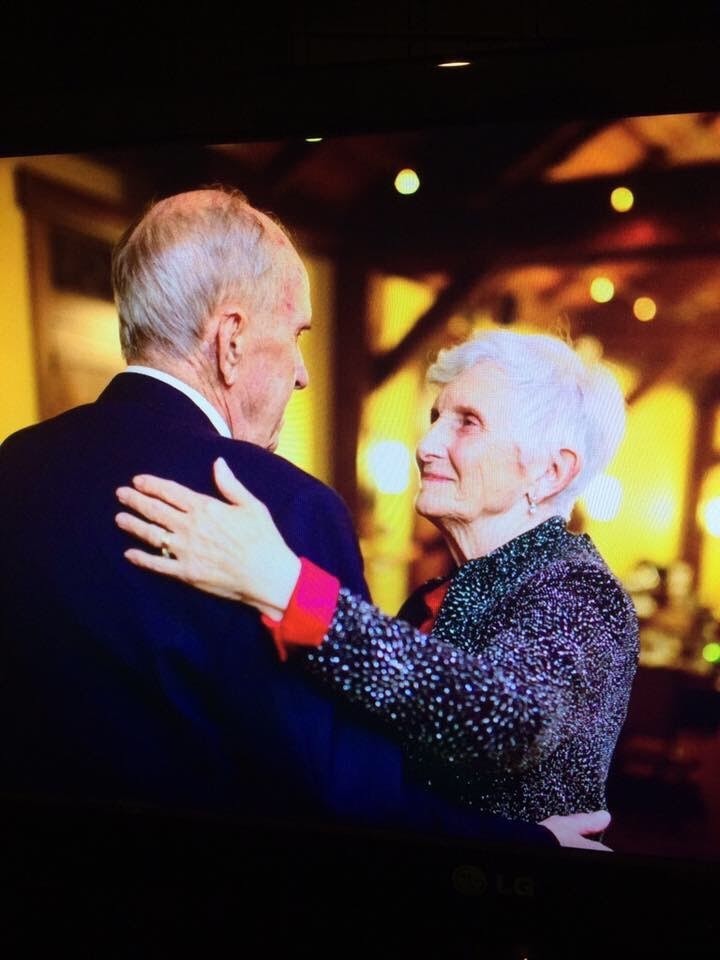 Geraldine and Dale dancing at a wedding in 2017.

It was when Dale fell in the bathroom one night in early October 2018 that he realized how weak he was. Our daughter from Edmonton was coming home for the fourth time that year for Thanksgiving. After a family conference, Dale decided he wanted to die on October 9, 2018, just after Thanksgiving. Dr. Leckie arranged for a private room in the hospital and secured the medications from the hospital pharmacy.

On October 8th, we had a family supper before we took Dale to the hospital. He was able to walk in. They let him wear his own pajamas and he had his favourite moose quilt and slippers. He wanted no glasses, books, computer, or TV. He wanted no company for the night either. So we sang our favourite hymn and said the Lord’s Prayer together and left him alone with his God. 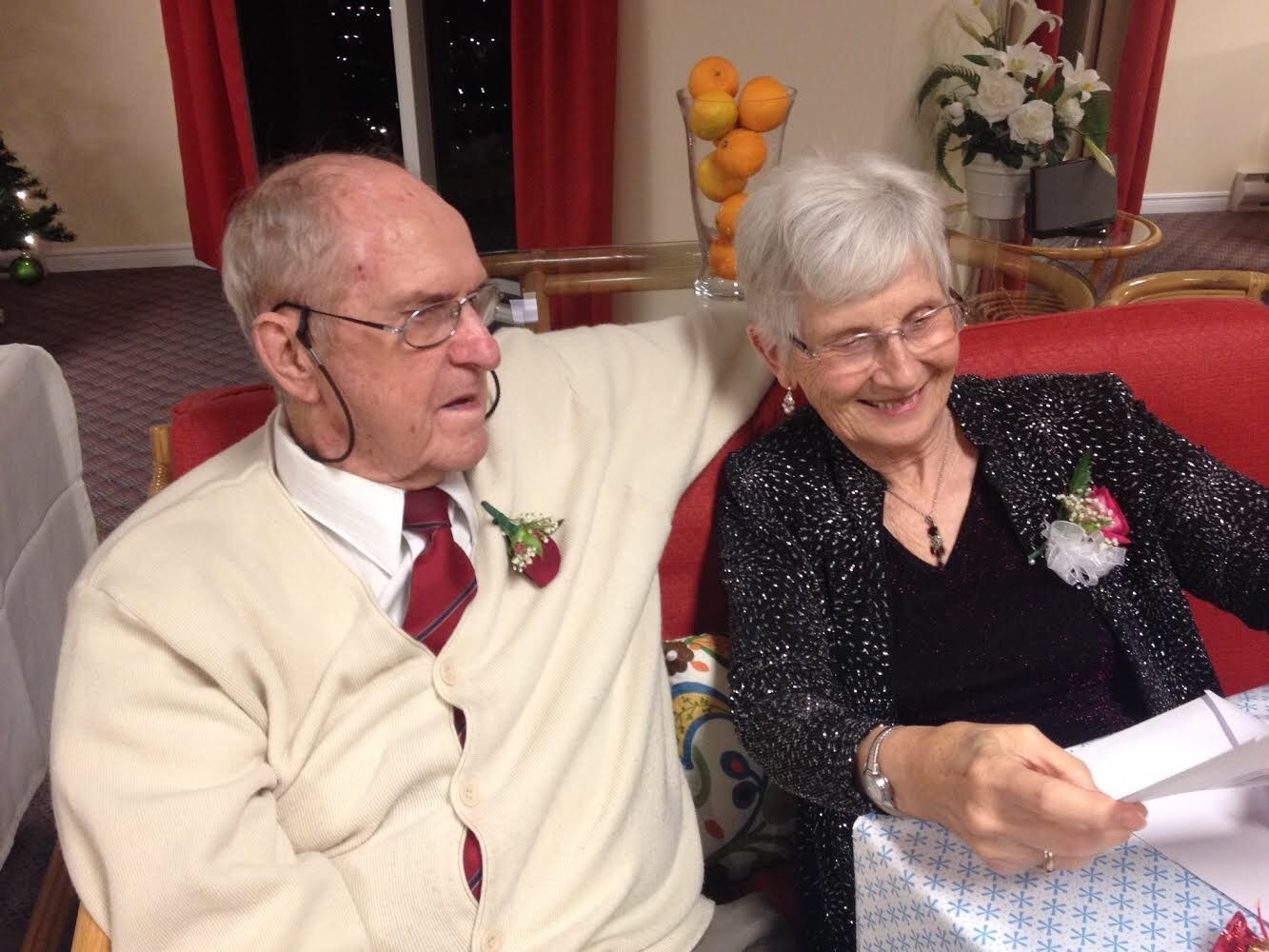 Dale and Geraldine all dressed up at their 60th wedding anniversary family celebration party on Dec. 28, 2015.

Early next morning, our early rising daughter brought him his favourite Tim Horton’s breakfast sandwich and coffee. Dr. Leckie came in to let us know that the time for the procedure would be 10 a.m. At about 9:30 a.m. the girls each took a private five minutes with their dad to say goodbye. Then Dale and I had our last 10 minutes alone together. I was in a complete panic and daze. Even though we had planned this for so very long, I could not believe I was losing my love and best friend. I tried to hug him and hold him, but both his hands were connected to IVs so it was difficult. I felt like my heart would burst. I cried and he cried.

Dr. Leckie asked him if he was aware that he was going to die and Dale said, “Yes, I know you are going to kill me, Doc” and laughed. Dr. Leckie said, “You are just going to go to sleep now, Dale.” Dale took about three breaths and then stopped breathing. The girls came back in and Dale’s body went to the crematorium. We were all very shaken by the finality of it all, but no death is easy for a family. Dale chose assisted dying because he did not want to suffer or risk suffering a hemorrhage. He definitely did not want us to see him suffer.

His was a life well lived! Dale was 85-and-a-half years young. 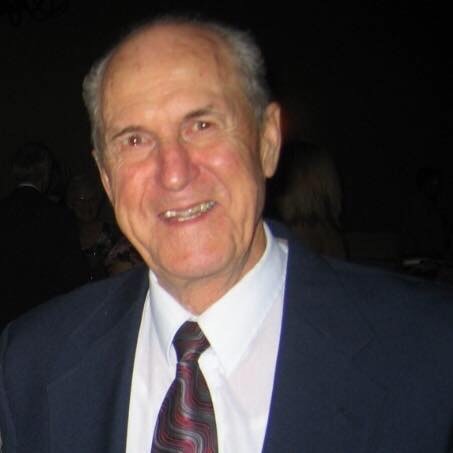 In the next month, as a family we had a ceremony at the hospital in the ward where Dale died. We gave a special tribute to Dr. Leckie and the nurse who gently took care of Dale the night before and the day he died. We’ve also advocated for a special MAID room to be named in the hospital since so many of these procedures have taken place to help patients and families in their final days. A special room would add peacefulness, dignity, and respect to the patient and family at this sad time of goodbye.

We are so grateful that Dale had the peaceful death he wanted.

Dying With Dignity Canada extends heartfelt thanks to Geraldine for sharing the story of Dale’s choice and final days with us. We are grateful Dale was able to access his wish of a peaceful, medically assisted death. 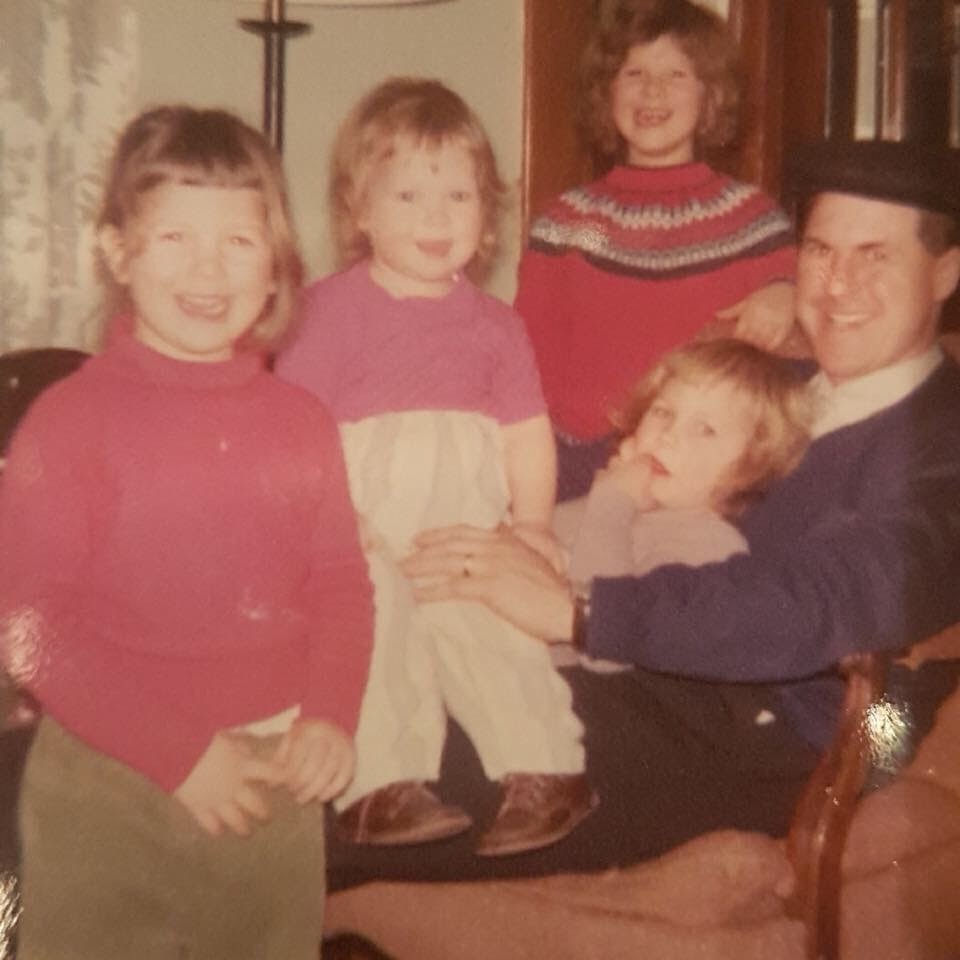 Dale with their “four wee angels” on Christmas 1965.