Home / Personal Stories / What does it mean to die with dignity?

This article was written from the perspective of Emily E. Douglas-Lewis, the daughter of a man who chose medical assistance in dying. Emily shared her story with Dying With Dignity Canada on what would have been her father’s 74th birthday – we are grateful for Emily’s poignant and honest submission.

My dad was larger than life in so many ways. He weighed well over 300 pounds and stood more than six feet tall. When he entered a room, it lit up. My whole life, I watched family members of all ages gravitate to him; wanting to talk and laugh and discuss. They could talk to him about anything – religion, politics (his favourite), family, life, and history (another favourite). He had a way of making anyone feel comfortable and diffusing intensity with humour. His humour was such an incredible skill, which he used, up to and including, the day he chose to die.

Cancer cells grew within him, in various locations, for 14 years.  Perhaps that would have been enough for some to give up, but that didn’t stop him. When he was finally told he was terminal, that didn’t stop him either. He would have regular visits to the oncologist – an incredibly solemn, pale, yet hopeful doctor. After many months of trying varying levels and types of chemotherapy to prolong his time with his family and friends, he realized that her job was to give him as much time as possible, regardless of his quality of life. Each time, the doctor would attempt to address his side-effects:

The repeated hospital visits, the poking and prodding, the emotional roller-coaster of hopes versus realities, all may have made him give up.  Still, he did not.

Late in 2018, he considered what made his life worth living.  He made a list, plain and simple:

As his ability to achieve the things on this list became more and more affected, he contemplated what the end would be like. At home? In a hospice? Painful? Isolated? Unable to feed or toilet himself?

The end was coming.  No doubt. What would make the inevitable acceptable and bearable for him? One more hurdle helped him solidify his decision. He became short of breath. Very short of breath. It lasted all week. Back he went to the hospital to see if this particular side-effect could be managed. What he learned shook us all.  He had developed a blood clot. A blood clot so large, they call it a saddle pulmonary embolism. Once again, that incredible oncologist was offering solutions to prolong his life, which included anticoagulants. Now, he could clearly see what the end would look like. Either he would ‘hemodynamically collapse’ due to blockages in his lungs or heart, which would hurt and cause panic in himself and anyone around him or, if he chose to take anticoagulants, he could bleed out in the most horrific way, considering his lungs, liver and colon were already compromised by cancer. He could see the horror on my face and hear the anguish in my voice when I asked the oncologist about the chances of him bleeding out if he took the anticoagulants. On the way home in the car, my mom said that if he physically collapsed at home, she would not be able to do a thing due to his physical size. 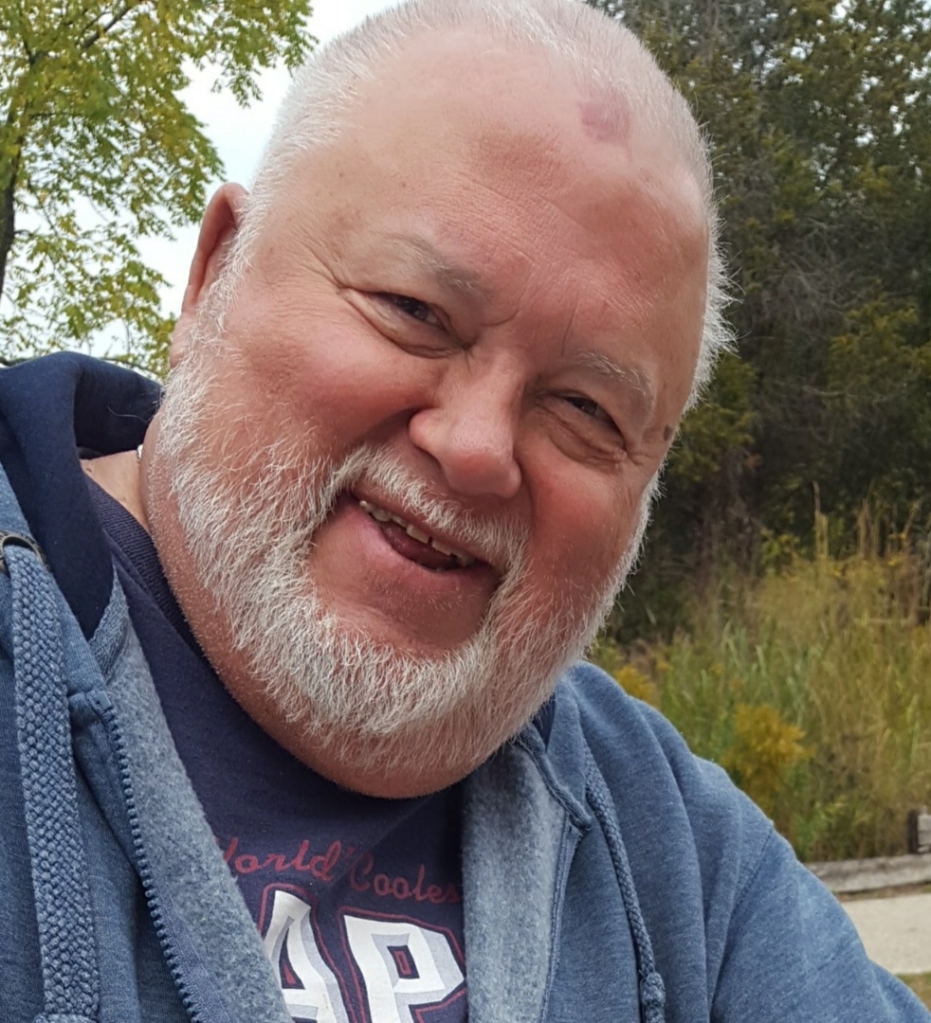 Dignity for himself, and everyone involved, would mean taking control of the narrative is his head. He had studied the legislation and gone through the motions and legalities of applying for medical assistance in dying. He had the paperwork, which gave the authority to go through with it.

He chose Friday March 8, 2019 to die. He chose 10:00 a.m. He chose who would surround him in that moment. He didn’t point at us and say, “I want you there.” He simply told each of us what the plan was and gave us the choice. All ten of us chose to be present. All ten of us felt genuine respect for his decision making and courage. An eleventh person also chose to be there. My dad had called his brother to say that his death was drawing near. His older brother boarded a plane and flew across the ocean. He didn’t know how long he would stay. Perhaps a weekend, perhaps a week.  When he landed in Canada, he was told the plan. He stayed. In fact, he held my dad’s left hand as he died.

There was a precise moment when I knew my dad’s decision was so right for him. As he lay back in his favourite chair, surrounded by his older brother, his wife of 50 years, his son, his daughter, his five grandchildren, his son in-law and his daughter-in-law, the medical professionals intravenously administered the first drug, which would lead to the end his life. That first drug of many, was intended to relax him. That first drug worked quickly and efficiently. My dad sighed a soothing breath. His bottom lip stopped quivering. The restless legs he had for many months, stopped twitching. The muscles in his arms relaxed. For the next several minutes, we got to calmly say goodbye as he responded to us all. His big brother told him; “I’ll see you at the pub” and my dad laughed and responded, “See you there.” He was at peace even before his heart stopped. I was at peace with his decision.

Such a dignified death.