In 1996, my mother, Molly Blake, was diagnosed with a form of dementia similar to Alzheimer’s disease.

Her life changed overnight. So did mine.

From that first night, I began keeping notes in what I would later call the Mom Journal, recording the daily fare of our new life together as the dementia stole her body and mind in ways neither of us could have imagined.

Mom died less than a year and a half after her diagnosis.

After she died, I buried the Mom Journal in a box deep in the back of my closet. Now, all these years later, I’m ready to open it again. 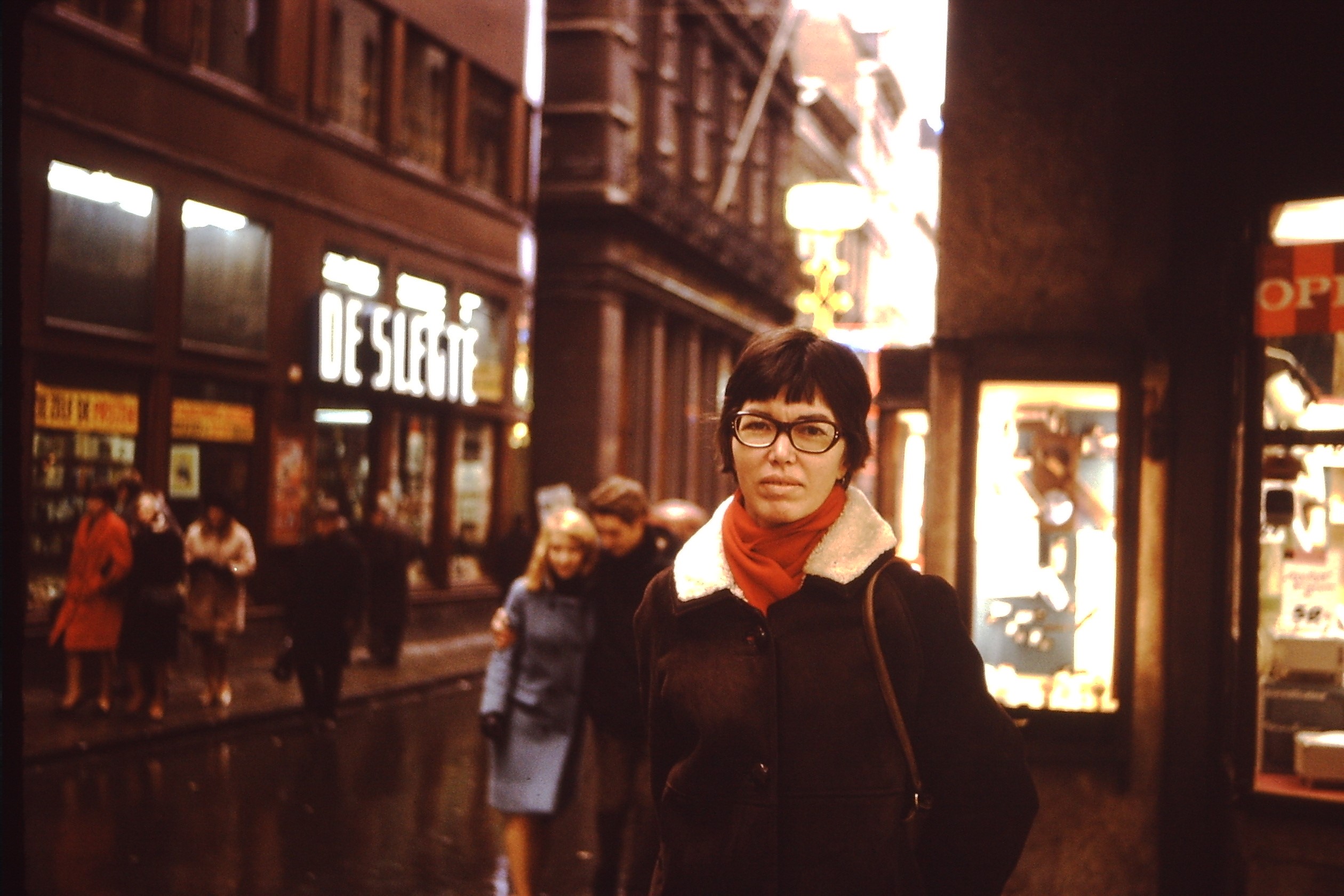 We’re back home in mom’s apartment. The pain in her leg has eased but her confusion ebbs and flows like a wave — sometimes rolling in gently, other times roiling and crashing.

I gather her dirty clothes and set out to the laundry room. When I return, I find her sitting by the picture window in the straight-backed oak chair.

She looks up from the letter in her lap. I look past her. I’m not ready to meet her eyes.

“Do you know I have Alzheimer’s?” Her voice is soft and hazy.

I open mom’s fridge and my stomach tightens as I throw out bag after small bag of spoiled food. She’s always been a fantastic cook, but now she can’t follow a recipe.

I set up deliveries from Meals on Wheels to make sure she has something to eat when I’m not there.

Finding a homemaker is harder — especially one who stays more than a few days. Mom forgets so much that it’s hard for anyone to know what she wants. I call the home care coordinator again and again to straighten out mix-ups, to give direction to the homemaker or to request a new one. I’m worried they’ll think mom is difficult. She is.

I book medical appointments, speak to her bank manager. I take her shopping, talk to doctors, reassure friends.

Where has my own life gone?

I find mom a retirement home in her neighbourhood. A place where she can get more care. Because I can’t give enough.

I bring things from her apartment. Family heirlooms from her childhood in Japan. Treasures from her travels in Eastern Europe.

It looks cosy and inviting. But I’m afraid she’ll hate it.

I get the call at 7 in the morning that mom’s in hospital again.

Her doctor tells me she can no longer get the level of medical care she needs in the retirement home. I’m not surprised. She can’t even use the call button now to get help.

The doctors are baffled. Mom’s mental decline is so fast. They give her a battery of tests — looking for different kinds of dementia. And they find a mass in her abdomen that could be cancer.

I am now responsible for all her medical decisions. They ask if I’ll agree to abdominal surgery.

Will I be killing my mother if I say no to the surgery and she dies of cancer?

I shake myself out of my fears. What decision do I think she would make for herself if she could?

I say no, I don’t think she’d want the exploratory surgery. That feels right.

I need to touch mom. Hold her hand, stroke her hair, comfort her. Comfort myself.

How did we get here so quickly?

I give up mom’s room in the retirement home. It’s the only way to get more care for her. Now she’s higher on the waiting list for a nursing home.

We wait for a bed to become available.

The hospital becomes my second home. I get to know all the nurses on her floor. I bring them cookies. They like me.

At the end of the day, I cry myself to sleep.

Mom has moved into a nursing home.

I give away more of her belongings and set up her new room with just a few things to remind her — but mostly me — of what her life was like before. I’m told not to leave much because things have a way of disappearing.

On the wall at the end of the bed I hang a collage of photos of my mother. If only the staff could see her as she was.

Some days, I am so angry, so sad, so resentful that my life has been consumed with caregiving. One question keeps haunting me, sneaking past my anger and my depression: Am I being the daughter my mother deserves? 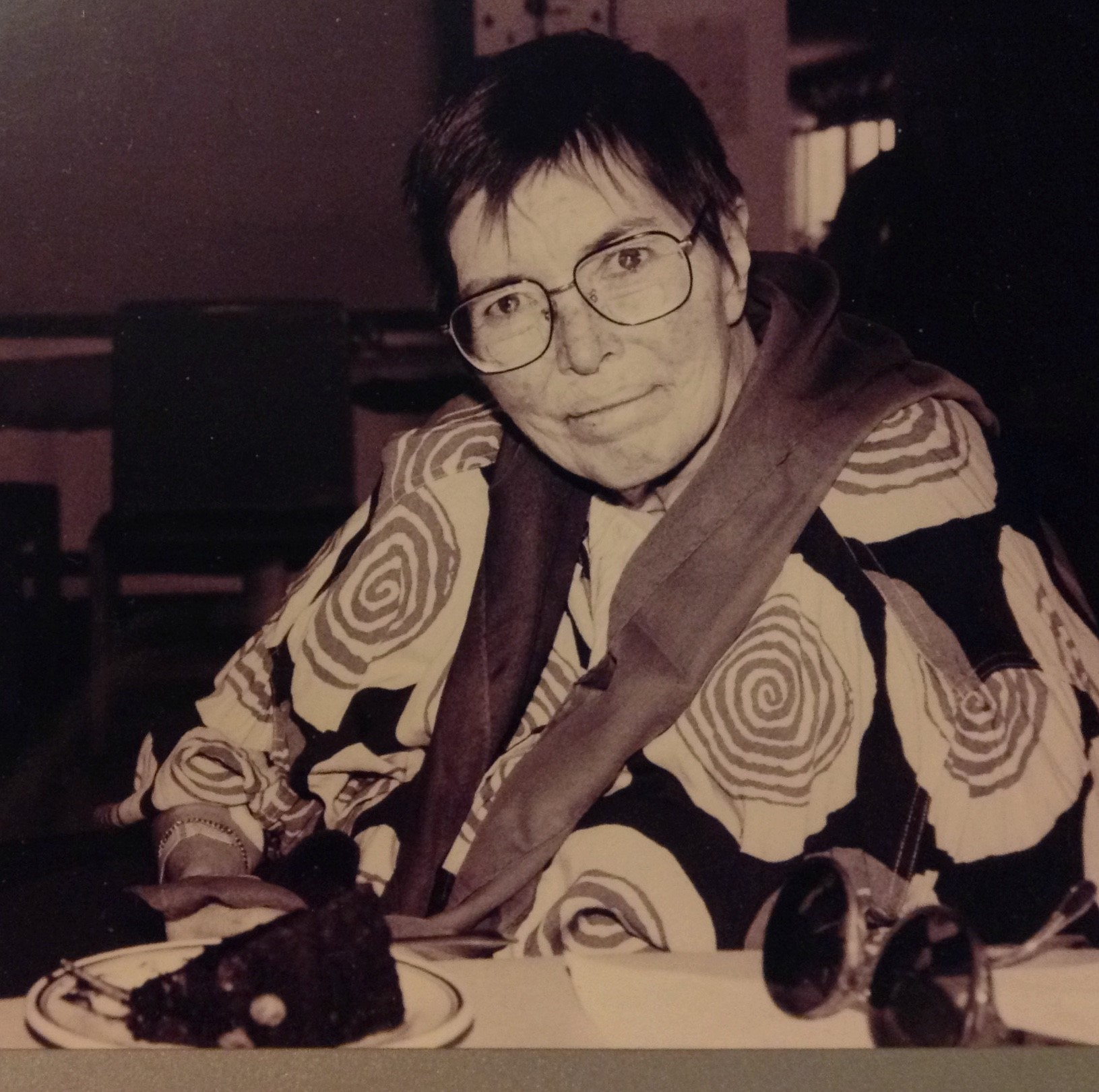 Molly Blake on Mother’s Day 1997 — four months before she died.

Mom stares past the camera with cloudy, vacant eyes.

She’s dressed in a cheerful top and looks younger than her 68 years. We ate chocolate cake together that day, me feeding her like a baby bird, catching drops of laughter between bites. This was the last time I could bring myself to feed her.

I find mom’s teeth fuzzy white and her gums inflamed. Her dress is inside out. And once again her support stockings have not been put on.

I talk to the staff as calmly as I can, but inside I’m seething.

Later, I sit in my car in the parking lot, bent over the steering wheel, sobbing until I think I’ll drown.

I sit by mom’s bed holding her hand as she rests. She can barely talk. Suddenly she turns to face me. She wants to say something. I lean in to catch her words. She tells me — clear as a mountain stream — how thankful she is that I am here. The tears rush down my face.

The phone call finally comes. It is time. I am raw nerve endings, fingernails on a blackboard, screams in the night that swim you to the surface from a bad dream.

I drop everything and go.

She is now a shell — a body so frail from eating and drinking nothing for days.

The nurses take care of me so I can take care of her. They bring blankets and a cot so I can keep vigil throughout the long day and night ahead. I slip a Van Morrison tape, her favourite, into the tape machine by her bed.

Her breathing becomes more laboured, the pneumonia settling deep in her lungs. “Is she in distress?” I ask. “Would oxygen help?” I need to make the right decisions. Now, more than ever.

I say yes to the oxygen and she settles down. Her eyes are closed. Mine are wide open.

“Is the oxygen keeping her alive longer?” I ask, hours later. “Should we disconnect it and see if she lets go?”

My eyes are riveted to the pulse in her neck. I count the intervals between heartbeats. Her pulse slows. It stops. It is gentle. I’m not afraid.

She is gone. Simply not here any more.

I wish I believed in an afterlife. 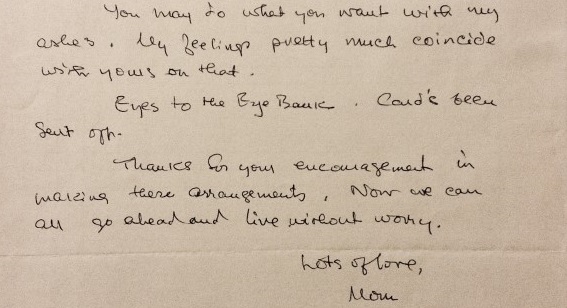 Molly wrote Ellen a letter in 1985 after they had discussed their end-of-life wishes and prearranged their funerals. In it, she says: “Now we can all go ahead and live without worry.”

Two weeks later. I’m sitting in Mom’s rust-coloured wingback chair. I turn the page of my book and look up suddenly. I’m sure I feel her standing behind me. Wrapping her arms around me, reaching right through the back of the chair.

That night I sleep deeply and soundly. My first real sleep in a very long time.

DWDC gives heartfelt thanks to Ellen Agger for sharing her powerful story with us.