A few months after Denise’s husband, Ed, was diagnosed with cardiac amyloidosis, he began to feel “trapped” in his body. Ed, who had lost the ability to move or do the things he loved, was so relieved to discover that he qualified for a medically assisted death. In this blog post, Denise tells the story of her husband’s devastating disease and the days and weeks leading up to the peaceful death he so desired.

My husband was a vital, healthy, engaged, intelligent, life-loving man whose life was cut far too short. He was an enthusiastic golfer who often gathered a group of friends to play at the local golf course near our cottage. However, his love for this game was what alerted me to his sickness. As the summer progressed, his ability to play diminished. In March, he was playing a full round, carrying his own clubs and loving the experience; by August, he was unable to ride in the golf cart or even drive the cart while his friends played along. By November, I had to take him to the E.R. as he was unable to breathe; he spent most of December in the hospital as doctors tried to find the diagnosis for his continuous decline, his inability to breathe easily, and his complete and utter fatigue.

Just before Christmas, his diagnosis was made. He had cardiac amyloidosis — an insidious disease that produces a protein that takes over organs, and in his case, it was taking over his heart. He was home for Christmas, but the prognosis was not good. The doctor told me that he “might make it through the summer, but that might be optimistic.” What crushing news! How could that be? My husband did not know this last piece of information, and I did not want to deliver that news. We carried on as if we would indeed, somehow, make it to the cottage one more time. 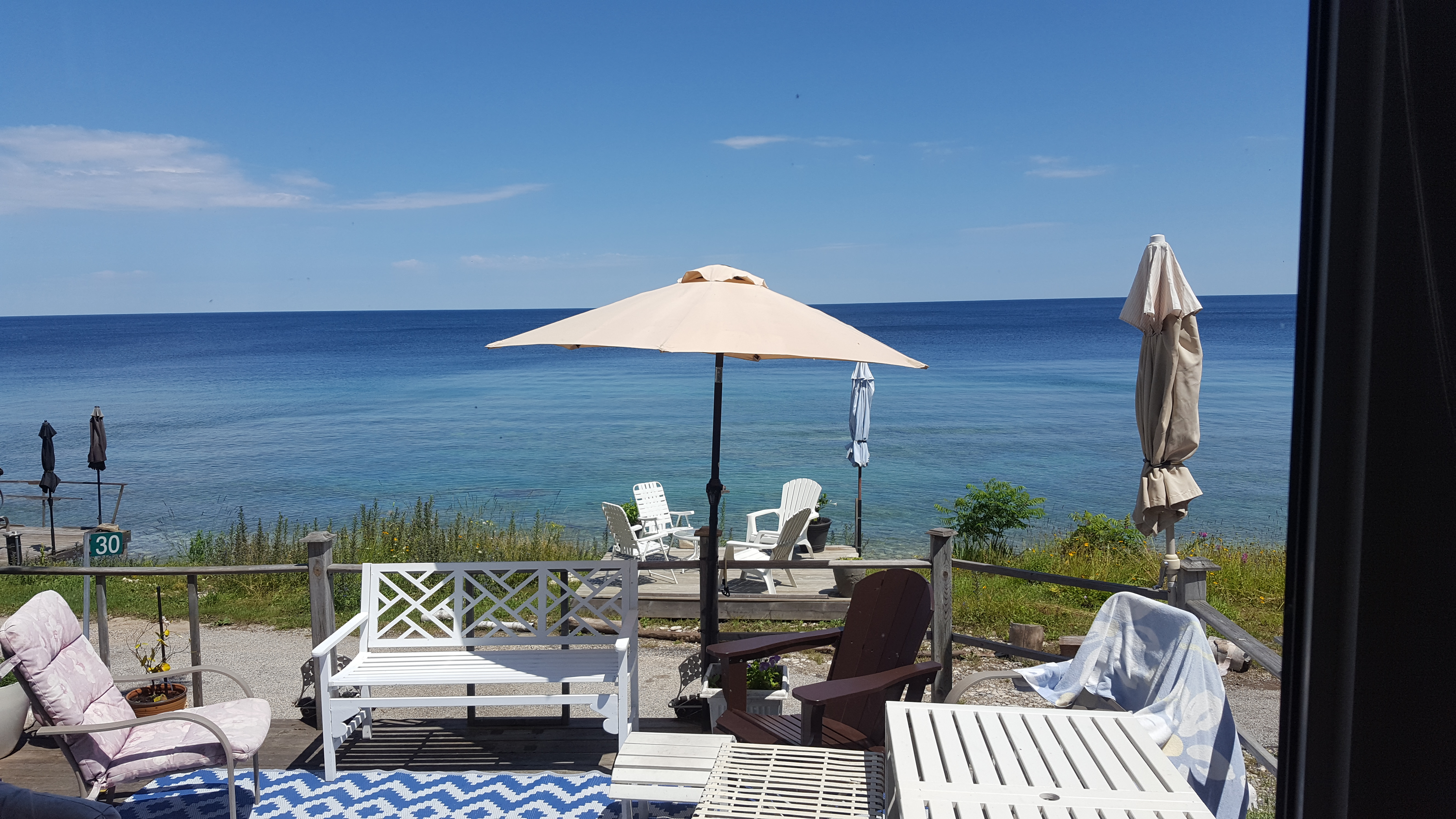 Ed’s photo of the view from his favourite place: the cottage.

Our cottage environment was his favourite place; we had been there for 20 years, right on the water, and enjoyed this little cabin by the bay more than we could ever have imagined. He had been president of our cottage association for several terms, but had to pass the presidency to his good friend, the vice-president, when he had become so sick that he knew he wouldn’t be able to continue. At the end of the previous summer, he sat in a chair on the deck and taught me the process of closing down the cottage. At one point, he said, “I’m not going to be here next year.” Somehow, even then, he knew how ill he was, but I thought he would be back the next summer, no question. How wrong I was!

By late February, he was unable to do anything. He was bedridden, eating little except for soups and pudding, and sleeping most of the time. In the last few days of his life, he was eating only crushed ice.

We had terrific care from the community care access centre (CCAC), and our nurse, the lovely Holly, suggested a hospital bed. She asked if we wanted to admit him to hospice care, and both of us were firm in our not wanting that alternative. If he had to be cared for, it would be at home.

At that point, my husband had begun to ask our CCAC nurse about medical assistance in dying (MAID). She explained the details and put the paperwork in place. He told me he was not afraid to die, but didn’t want to leave me. My heart was breaking. I didn’t want him to leave me either, but neither did I want him to have to live this way. One day, he said, “I feel as if I’m trapped in a paralyzed body.” His cognition never faded or slowed; he was alert until the moment he died. He had great trouble speaking because he had no energy or reserve to make that happen, but he knew what was going on around him. 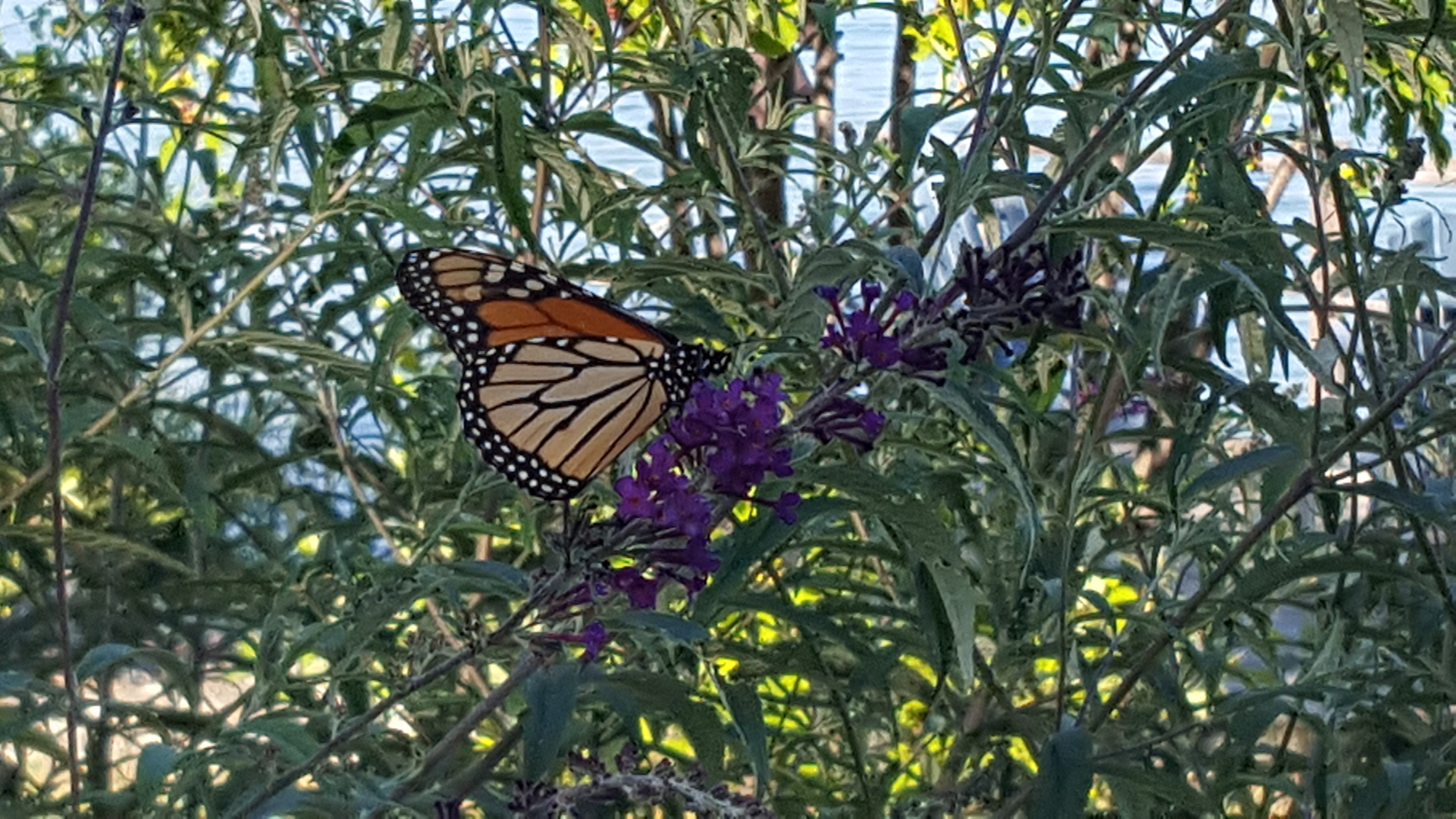 Another photo taken by Ed, who loved butterflies.

Six days before he died, CCAC suggested that my husband be cared for by a palliative care doctor. To do that, we needed our family doctor to release my husband and allow him to be cared for by another doctor who was familiar with the process and available for care — day or night, weekends, and holidays. Our doctor vehemently refused even though he had never made a house call to our home in our 40 years under his care. He told CCAC that he “could maybe see him in a day or two.”

Finally, that same day, I went to the doctor’s office and insisted he sign my husband’s release. He was reluctant, but I would not leave until he had done so. He finally relented.

Two days later, the MAID process was in place. I found two witnesses, the doctor arrived and spoke with my husband, and the day was decided — it would be in three or four days depending on the administering doctor’s schedule and availability of the drugs. My husband felt a great sense of relief knowing that he could make this decision about his own life — and death. 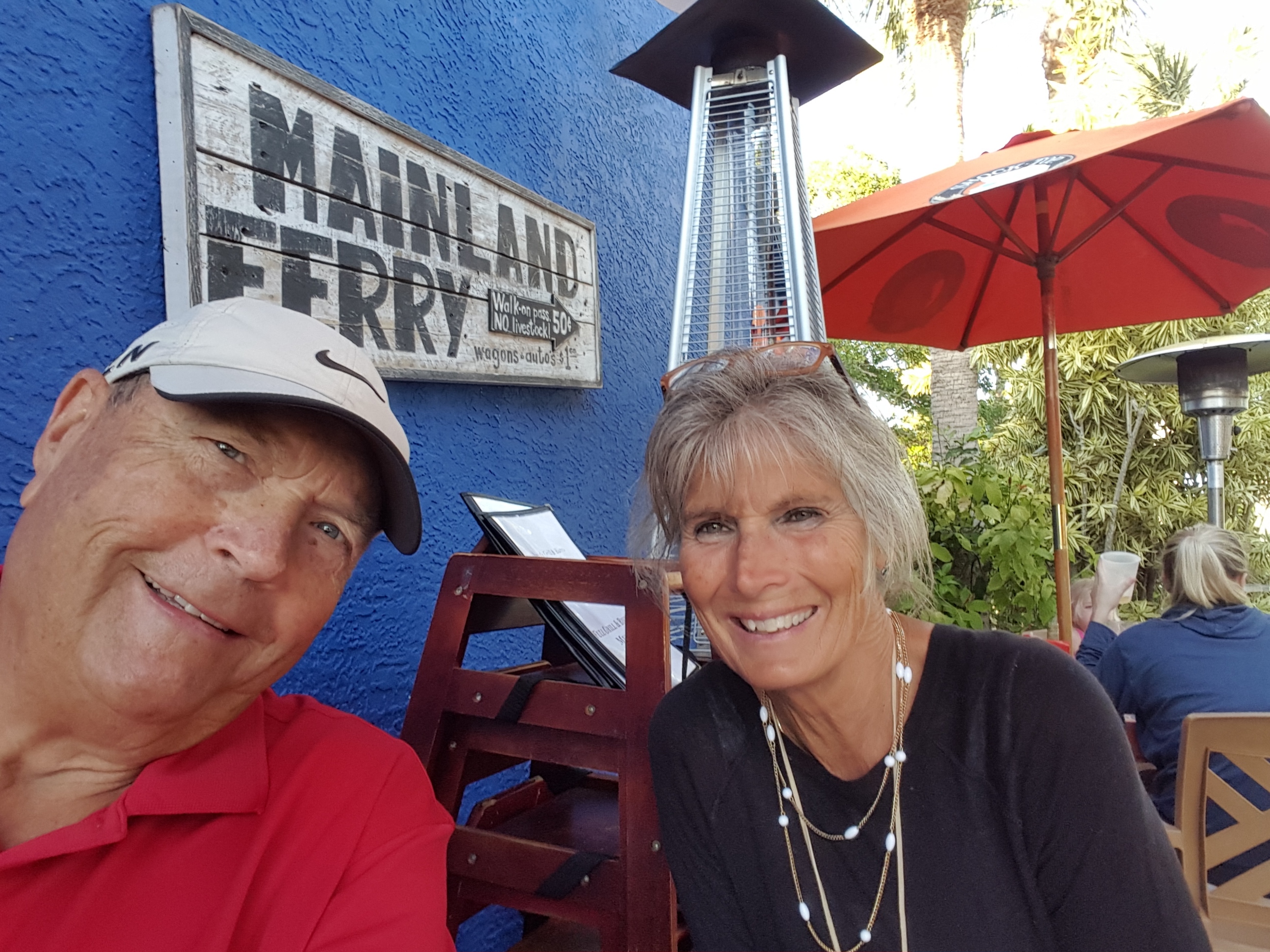 Though my husband did not suffer physical pain, the inability to move or do anything on his own was far more debilitating for him. For many months, none of the activities he loved doing were available to him; he just didn’t have the energy or strength to do anything. He had to give up cooking, golfing, walking, driving, eating, speaking. Anything that required energy was impossible.

“This process was what he wanted”

When the day arrived, my children and a close friend who had been with us throughout this entire ordeal were with us. My husband knew what was happening, signed the paper again, and demonstrated he was still aware of what he was choosing and why. This process was what he wanted. He asked me what I would say about him, and all of us present shared our feelings, and descriptions of who he was for us — mentor, love of my life, soulmate, fellow astronomer and cook, travelling companion, teacher, the list was endless. Then, the drugs were administered.

I had my hand on his chest as I cried knowing this beautiful person would no longer be in my life physically. I felt his breathing and then as the last of the drugs was injected, I felt his last breath, and he was dead. I remember feeling the contours of his face, holding on to his last moments of life, and hoping to never forget how he felt in my hands.

The outpouring of grief and support from our family, friends, community, and colleagues was overwhelming. He wanted to have a “party,” not a funeral and was clear about my having a catered event with wine and beer so people could celebrate his life, not grieve it. We had a beautiful event that was packed with our friends and family. If there is any silver lining in this heavy cloud of sadness, it is the humanity of people and their deep sense of caring and concern when they know one of their own has fallen. They gathered around and helped put the pieces back together. They have sustained me; he would be pleased. We couldn’t have done this without MAID.

Dying With Dignity Canada extends a heartfelt thank you to Denise for sharing her story with us. We are grateful Ed was able to access his right to this compassionate gift.