Bill’s family story: How we supported our strong, courageous mother in her choice of an assisted death

Home / Personal Stories / Bill’s family story: How we supported our strong, courageous mother in her choice of an assisted death

In this moving and emotional testimonial, British Columbia’s Bill Currie shares what it was like to support his mother, Minnie, on her journey with assisted dying.

“There has never been, nor will there ever be, anything quite as special as the love between a mother and a son.” – Author Unknown

This is the story about how my mother left this world. At age 92, Minnie Annetta Currie had lived a long and good life. She was a strong and courageous woman who navigated the early days of medically assisted death in Canada.

Mom was so determined and at peace with her decision to move on, that on the surface it looked like any other decision. As she said on many occasions, “I am happy to stay, but I am ready to go.”

I am not sure how the brain processes that, but what I take away is that when you are that age, on powerful drugs, and battling so much daily pain and so many illnesses, the choice becomes much more straightforward.

Mom had a laundry list of ailments: severe osteoarthritis, spinal stenosis, colon cancer that left her with a hernia the size of a soccer ball, incontinence and constipation, chronic obstructive pulmonary disease and eventually lung cancer. But it wasn’t until she was diagnosed with lung cancer that the thought of a medically assisted death became a serious consideration. 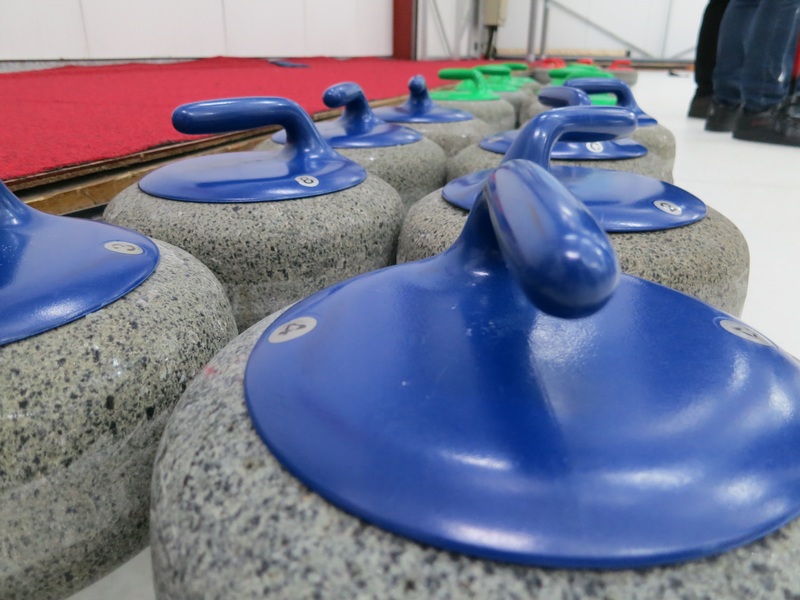 One of Minnie’s biggest passions in life was curling. She curled until her arthritis became too debilitating.

Her quality of life was deteriorating quickly, but that was somewhat difficult for me and my wife — her primary caregivers — to grasp, given that we were seeing her nearly every day. Mom’s hearing and eyes were also going, leaving her frustrated with her main source of entertainment: television. She struggled to hear the voices and see the pictures. Her love of watching tennis and curling turned from joy to aggravation. She had already had to give up her love of reading a few years earlier.

She needed something to grab onto — some hope in a world of increasing despair. But she never showed despair. She was a stoic lady shaped by her times, having grown up during the Great Depression of the 1930s and the Second World War, when complaining was not an option.

Fortunately, Mom had great healthcare in her final years. Her family doctor was one of the most progressive in the field of geriatrics in Greater Victoria. He helped elderly people find a better quality of life, with an understanding of when people needed help out of this world, on their own terms.

First, Mom needed to know her options facing lung cancer. An operation or chemical treatment was not recommended by her doctors and not something she wanted to do. She wanted to learn more about medical assistance in dying (MAID). We talked about it for several weeks, which grew into a few months as Mom grappled with it in her mind, encouraged by the idea but cautioned by questions.

The biggest question for her — was it suicide? This issue was profound for my mother, who was a religious person in her own private way. Her family doctor laid her fears to rest over several visits. Like many people of her generation, Mom had a great respect for authority, which comforted her in her decision.

Another important consideration for Mom to understand was that a person granted the right to die did not have to act right away. As we said to her on many occasions, it is your “get-out-of-jail card” ready to cash in when you decide.

But of course it is not as simple as that. Under Canada’s assisted dying law, a person is required to be of sound mind and lucid at the time of the assisted dying procedure. Requests made in advance for MAID that could be honoured after a person has lost capacity are banned under the law. If dementia moved in quickly, or a stroke impaired Mom’s ability to think, and she became unable to give her final consent, she would have lost her right to die. 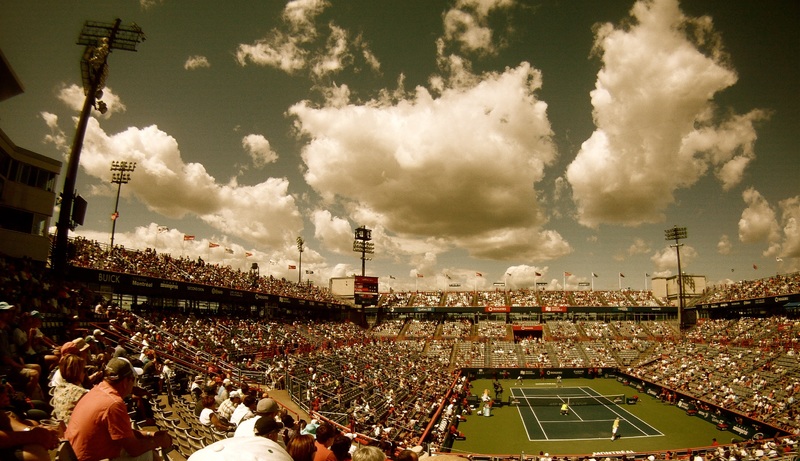 By September, Mom was ready to take the next step and find out if she was eligible for MAID. An appointment was booked with a second doctor who would assess her situation along with the assessment of her family doctor.

Mom was so nervous — here was a stranger who held her death in her hands. She worried about whether she would say the right things or whether her pain was great enough. She feared being rejected.

Our meeting lasted an hour, but it didn’t take more than five minutes for the doctor to give Mom the thumbs up. She officially qualified for a medically assisted death, and her spirit was lifted.

Mom agreed to try one more medical procedure before making the final decision. She embarked on a four-month treatment for wet macular degeneration that held the possibility of improving her eyesight. If successful, the treatment could have made life a little more bearable for her.

We may not have fully known it at the time, but it gave us time to say goodbye without the pressure of a date on the calendar. We enjoyed Christmas and her 92nd birthday in January. Sadly, it became clear that the eye treatment was not working, and by February, we knew she would be leaving us in the spring. She wanted to set a date.

On April 18, 2018, the second doctor returned and Mom set April 27th as the day she would die. The next nine days were extremely difficult for me, my wife and my sister. I can only imagine what it was like for Mom, though I really don’t know because she was likely more at peace with her decision than I could possibly understand. 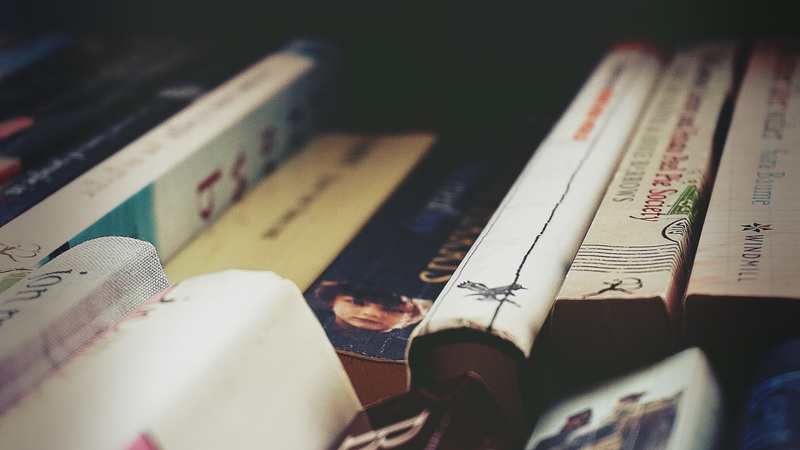 Minnie was a voracious reader.

All families are different. Some want to celebrate with lots of time, others want to face the music as quickly as possible. For us, nine days were too long, and eight o’clock in the morning on April 27th proved to be a long time coming. It is my only regret. We were a small family trying to do the right thing for Mom, which didn’t make it any easier for my sister, my wife and me as the days were counting down.

It was by far the toughest week of my life, spending time with Mom every day and making sure she knew she could say no at any time and postpone it for another day. Mom was not having any of it. Her family doctor wanted to see her one last time, to help in any way with her questions, again emphasizing she could call it off or put it off for another day.

On the eve of her death, Mom came over to our house and we all spent a few hours in our garden, which she loved to do. We ate a lovely lamb dinner with a few drinks. We kept it as light as we could. We have never been a family that wears its emotions on its sleeve.

I will always appreciate my sister spending the night with Mom, ready to talk and be with her if she couldn’t sleep. We had sedatives to help her sleep, but she never used them. We think she did sleep that night. I didn’t, and never got off the couch. Mom woke up around five and my sister texted me just before six o’clock with this update. My wife and I headed over.

Time stood still. We talked with the TV on because Mom loved to watch news shows in the morning, flipping between CNN, Global, CBC and CTV. But the news wasn’t important that day. Mom got up out of her favourite chair frequently, walking around and doing the familiar things she always did in the morning. It was sad to me, but not for her. She was doing what she wanted to do. 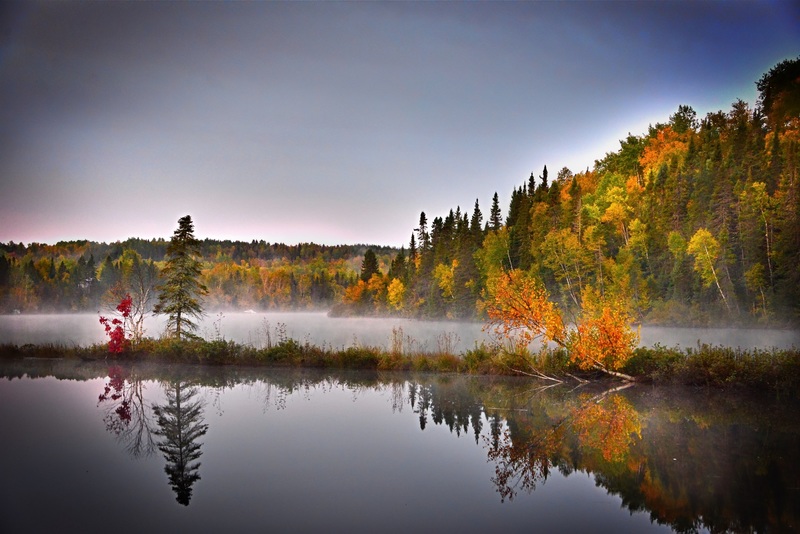 The doctor arrived before eight. She was so positive and almost cheerful in such a kind way as she talked to Mom about her journey. She talked to us about what was going to happen, how it would be, how the cocktail of drugs would be administered and how it would feel to Mom. The first drug would make her sleepy, similar to getting an anesthetic before an operation. Mom was told she would not feel a thing, just drift off on her journey.

We were all around Mom as she sat in her favourite chair looking outside at the trees and birds. The doctor and my sister were in front of her and I was to her side. When asked one last time “Is this what you want?” Mom said “yes” without hesitation.

My sister and I each took a hand of hers and held it tightly. I am glad I was positioned to Mom’s side so she did not see the tears rolling down my cheeks. I mustered enough strength to say “I love you” and my mother without words gave me a thumbs up. I saw incredible strength in the incredible woman who gave me life.

Her head began to slowly drop forward. She was in the early stages of dying. Within minutes, she was gone. I, along with my wife and sister, was left behind to make sense of it all. The toll it takes on the doctor was not seen, but I can only imagine what it takes to be that doctor. If people had wings, this doctor would have the biggest of us all.

Mom is in a better place and is no longer suffering. What could be better than that for a loved one? We were fortunate to help Mom out of this world — after all, she brought me into it.

It is pioneers like my Mom, Minnie Annetta Currie, who have gone first and embraced our new human right to medical assistance in dying in this country. Her story is a testimony to a journey that will be followed by many others.

The right to die, I’ve learned, is as important as the right to live! Amazingly, Mom is still teaching me even after she’s left this world.

Dying With Dignity Canada is immensely grateful to Bill for sharing the story of his mother’s choice. We are grateful Minnie was able to access her right to a peaceful death.