Barrie’s story: How a requirement in Canada’s assisted dying law prevented my wife from accessing her choice

Home / Personal Stories / Barrie’s story: How a requirement in Canada’s assisted dying law prevented my wife from accessing her choice

In this blog post, Barrie Radcliffe of Barrie, Ont. candidly shares how the late-stage consent requirement in Canada’s assisted dying law had tragic, heartbreaking consequences for his wife, Lynne.

Let me tell you about my wife, Lynne.

Lynne and I shared 44 volatile years together. She was feisty, kind, caring, and sometimes generous to a fault. She had a bubbly, vivacious personality and brought much joy to all that knew her. She was so irrepressible that I sometimes joked about closing the lid on her Jack-in-the-box to try to dampen her enthusiasm.

Her interests were wide ranging: she was an avid tennis player with a ferocious backhand; she bred and showed our wonderful Boxer dogs; she was a Life Master at bridge and travelled all over Canada and the United States to compete in duplicate bridge tournaments. 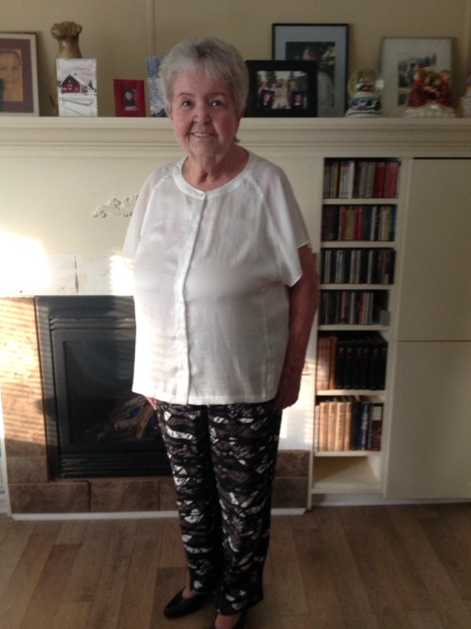 Unfortunately, though, in her later years, Lynne suffered from many debilitating medical problems that made her a shadow of her former self. In January 2006, Lynne’s bleeding stomach ulcer was diagnosed as Non-Hodgkin lymphoma (the first of four bouts with cancer Lynne suffered through over the next 12 years). This was treated with chemo and radiation but in between the treatments she also had two mini strokes. Her neurologist also discovered that one carotid artery was completely blocked and the other one was functioning at 40 per cent.

So began my 12 years as Lynne’s caregiver.

Lynne had been a heavy smoker since her mid-teens and was eventually diagnosed with chronic obstructive pulmonary disease (COPD); however, this did not stop her smoking. In 2008, during a routine x-ray, a small cancroid on her duodenum was discovered and cauterized. In summer 2010, Lynne suffered two minor heart attacks, and in July, she underwent triple bypass surgery (our GP said she wouldn’t survive the surgery, but she did!).

In 2012, during a routine ultrasound, a small spot was found on her large intestine. The biopsy showed it was cancerous and Lynne lost a third of her colon. In mid-summer of 2015, Lynne experienced a series of seizures. Our GP told me she was definitely going to die this time and that I had better get the family together. She was in the hospital for a month, and yet again, she survived! However, it was soon discovered that Lynne likely was in the very early stages of vascular dementia. It was felt at that point that Lynne needed 24-hour care and that I could no longer care for her at home.

In September 2015, Lynne entered a long-term care home in Barrie, Ont. At first she hated it and told everyone she just wanted to die. (The resident doctor at the care home told me Lynne probably wouldn’t survive six months.) Over time, however, Lynne began to settle in. I was visiting her four or five times a week. Since the care home was only a 10-minute drive away, I began bringing her back home for several hours or for the occasional overnight stay. Lynne thought this was great because she could watch her favourite TV shows and her beloved Toronto Blue Jays. Also, she relished being able to smoke. 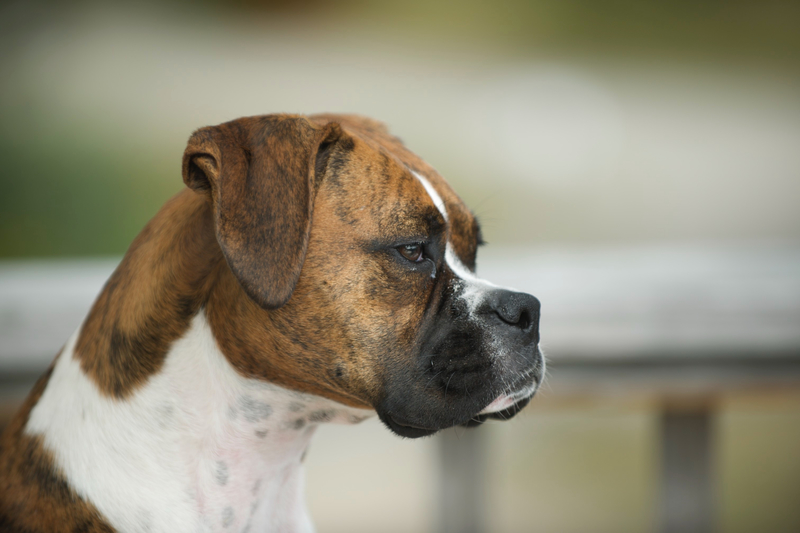 In those final three years, our relationship really blossomed. After all the stressful years of caregiving, I was much more relaxed, knowing Lynne was being well cared for. She was also becoming more like her old self since the care home had significantly cut back on the drugs she was taking. It was as if we were courting all over again — she would go back to the care home (she actually started calling it home) and I would go back to mine.

In May 2016, quite by accident during a routine ultrasound, a small lump was discovered on Lynne’s left lung. This was Lynne’s fourth and final bout with cancer. Because of her precarious medical condition, both surgery and chemo were ruled out. This left only radiation. Her oncologist advised her that while the radiation would probably shrink the tumour it would not cure the cancer and that she would have about 18 months to live. Initially, the radiation worked, but by early 2017, the cancer had spread into the lymph nodes of her lung.

Nothing more could be done. It was only a matter of time now.

In March 2017, Lynne caught pneumonia, which was the start of her decline. From that point on, she was on oxygen full-time. Despite this, Lynne continued to smoke, which seems totally irrational but Lynne just said, “I’m going to die anyway. I may as well enjoy my one pleasure!” 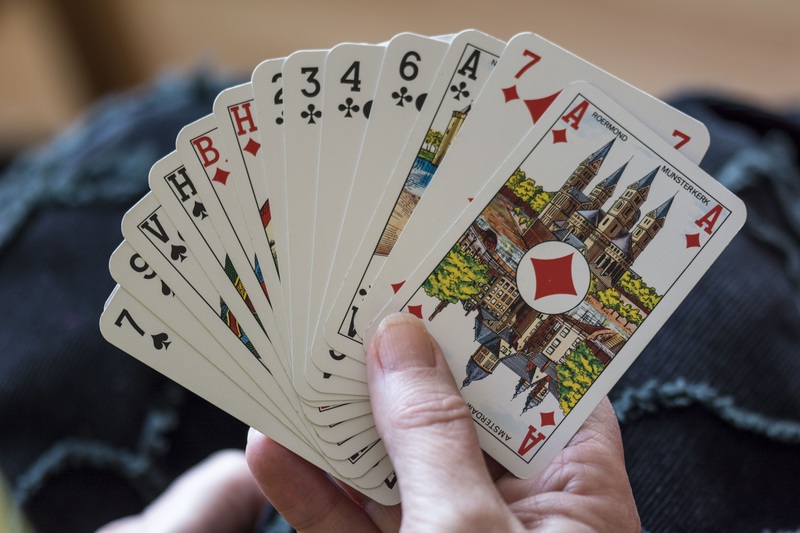 Lynne travelled across North America to compete in bridge tournaments.

It was around this time that I became involved with Dying With Dignity Canada and learned more about medical assistance in dying (MAID). Lynne was well aware that she could die at any time of stroke or heart failure but she did not want to suffer a painful death from lung cancer or COPD. She decided that she wanted MAID but her one concern was that her vascular dementia would progress to the stage where she would no longer be able to give her consent. Over Christmas, we had a family discussion and Lynne told our family of her wishes. Fortunately, no one disagreed.

In early May 2018, I happened to be present at Lynne’s weekly weigh-in and was shocked to discover that she had lost almost 30 lbs. in four months. I immediately had an appointment with her doctor and we both agreed that this weight loss was cancer-related and that there would be no more invasive procedures. Lynne’s drugs were cut back by 50 per cent and it was decided that her future care would be strictly to keep her comfortable.

On June 10, the family gathered at our home to say their goodbyes. The next day, two friends witnessed Lynne’s MAID application, as required by the law. Then, on Thursday, June 14, Lynne’s doctor assessed her to decide if she qualified for MAID. It was brutal. Thankfully, approval was given to proceed with her application. Five days later, Lynne underwent an independent assessment and was approved by that doctor. The following Monday, June 25, she was found to be eligible for MAID.

Her home was very caring and understanding, and confirmed that the MAID procedure could be done on its premises and that they could move Lynne into a private room for it. All that was needed was an actual date for the procedure to take place. I was informed that the pharmacy at the Royal Victoria Hospital in Barrie did not stock the necessary drugs and that they could only order them when they had written approval from Lynne’s MAID provider. I was told that the earliest date MAID could be provided was Thursday, July 5 because of the doctor’s availability. 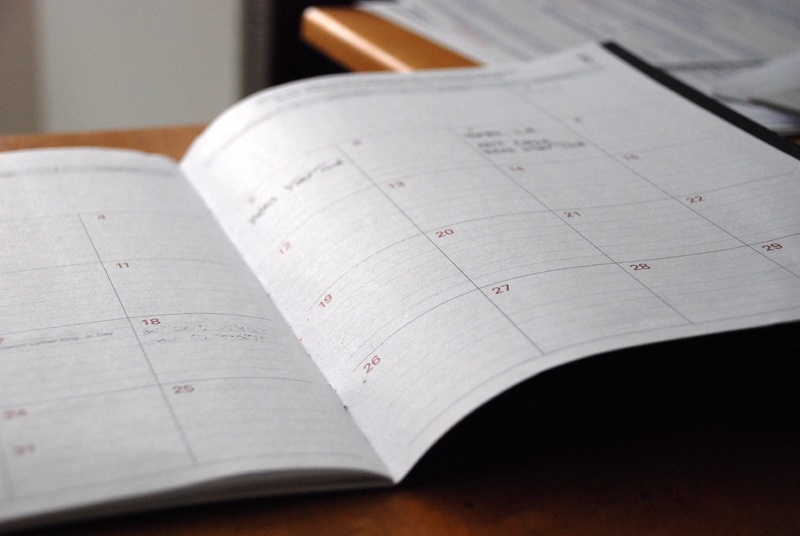 During that waiting period, every time I saw Lynne, she would say, “Barrie, I want to die. When can I die?” All I could say was, “Very soon, Lynne,” knowing full well that it was still a few days away. It was gut-wrenching!

On the evening of July 4, I was in the parking lot with Lynne when I said, “This is it. Tomorrow, you get your wish.” Even though I knew this was what Lynne wanted, it felt weird to say. I knew that tomorrow at 1 p.m., Lynne was going to die. She had her last puff before I took her back to bed, promising that I would be back early the next morning so she could have her last smoke before the family started to arrive.

This was when things started to go awry.

“Not what Lynne wanted”

I arrived at 9 a.m. the next morning to find Lynne half out of bed and unconscious. I pressed the emergency button and the staff come running in. When I asked the nurse what happened, she told me that when Lynne woke up she was very distressed. In an effort to calm her down, they gave her some Dilantin — an anti-seizure drug — which knocked Lynne out.

I found Lynne’s doctor and asked her what we could do. She said the drug would probably wear off in about three to four hours and that we should wait until midday to see what happens. Meanwhile, family arrived and we all sat around uncomfortably willing Lynne to wake up.

Midday came with no change. Lynne’s doctor cancelled the procedure on the understanding that, if Lynne were to come around in the afternoon, the procedure could take place the following morning. At about 3 p.m., Lynne came around but was very groggy and disoriented. She could barely recognize the family, and it was obvious that she was in no position to give consent.

Lynne was so frail and in such a distressed state that her doctor said it would be cruel and painful for her to be left in that condition until the next morning. She asked Lynne if she wanted to be made comfortable, and Lynne just nodded her head.

Moments later, Lynne was injected with dilaudid (hydromorphone) and went into a drug-induced coma. Everyone left then because there was nothing else we could do.

On Friday, I returned to Lynne and found her lying on the bed with her mouth wide open, gasping for air. I couldn’t take it and left in distress. That was not what Lynne wanted, and it is not what I wanted for her.

On Saturday, I went back and told the nurse to switch off the oxygen. I kissed Lynne and told her what I had done. Ten minutes later, she was dead.

So many unanswered questions remain. If the doctor had been available a day earlier, Lynne’s medically assisted death would likely have taken place, just as she wanted. Why did it take so long for the drugs to be made available? Why was there almost a month between Lynne’s initial request for MAID and the actual date of the procedure? Why did the care home give the drugs to Lynne that morning when they knew MAID was to take place that day? Why didn’t they call me first?

The federal assisted dying law’s requirement that a person must have the capacity to consent at the time of the procedure is so unnecessarily cruel and stressful. Lynne underwent the rigorous screening process to be approved for MAID — that should have been sufficient.

Dying With Dignity Canada is immensely grateful to Barrie Radcliffe for sharing Lynne’s heartbreaking and important story. We will continue to campaign for the end-of-life rights of people, like Lynne, who have been Assessed and Approved for medical assistance in dying.