Calgary lawyer Aman Sran has seen up close the barriers facing people who want to exercise their right to a peaceful death.

I was in my second year of law school in 2015 when the Supreme Court of Canada decriminalized assisted dying in its landmark Carter ruling. In my third year of law school, the federal government passed a bill legalizing medical assistance in dying (MAID). Almost two years later, I am involved in MAID-related litigation, advocating for an adult’s right to a medically assisted death, in light of her fast progressing amyotrophic lateral sclerosis (ALS) and capacity to make this medical decision for herself.

The years I was in law school were life-changing for Mary and her sister Joanne, whose names have been changed to protect their privacy. The year the Carter decision came out, Mary was having difficulty managing her bipolar disorder. The year MAID became legal, Joanne became guardian and trustee for Mary, who the Court determined did not have the capacity to manage her health and personal decisions. A few weeks later, Mary was diagnosed with ALS.

Growing up, Mary and Joanne had a difficult childhood. Both sisters were abused by their father and witnessed their mother suffer and succumb to the same disease as Mary.

As Mary’s ALS worsened, she continued to lose her ability to move and verbally communicate and she began asking about MAID. Mary knew she did not want to die choking on her saliva as her mother did years ago.

Two medical assessments were completed that confirmed Mary had the capacity to make this decision for herself. However, due to Joanne’s guardianship, Mary could not pursue MAID any further. At this stage, Dying With Dignity Canada reached out to my firm, McLeod Law in Calgary, to ask if we would assist Joanne in terminating her guardianship over Mary, thus permitting Mary to pursue MAID.

I brought an ex parte application seeking to terminate Joanne’s guardianship over Mary. With such strong medical evidence of Mary’s capacity, my application was granted and the MAID process began. Mary was quickly approved for MAID — a woman who had such little control over her life was given control over her disease.

Yet, Mary was ultimately denied MAID. Mary was assessed one last time on the day of the scheduled MAID procedure and was found to lack capacity — a live issue with MAID legislation also recently brought to light by Audrey Parker in Halifax. Namely, patients approved for MAID may be denied MAID due to a lack of capacity immediately before the procedure.

Mary died three weeks later. She is now at peace, but for me, Mary and Joanne’s advocate, it is bittersweet. Mary suffered for an additional three weeks and her choice was ultimately invalidated.

These brave and courageous women taught me that, no matter the milestones achieved through Carter and legislation, there is much work to be done to give Canadians appropriate and timely access to MAID. 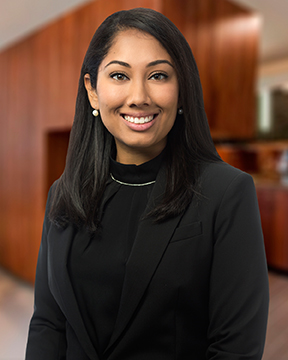 Aman Sran is an associate at McLeod Law LLP.