This is the second part of Alex C.’s story — if you haven’t yet, please read part one here. Over a period of years, Alex began to explore the option of Medical Assistance in Dying (MAID). Her father-in-law, Paul B. Couvrette, with whom she had a very close, loving relationship, was the first patient to choose a MAID procedure on PEI. She had witnessed his empowerment from this choice and peaceful death. It was something she wanted for herself and her family — her son and loving partner, as well. She reached out to Dying With Dignity Canada (DWDC) to learn more and began discussing her wishes to move forward with this end of life option for herself. She asked DWDC to tell her story so that other young adults might understand that this option is possible, regardless of age.

She also joined an information and advocacy group called “MAiD Together: A Communal Voice.” After the Quebec Superior Court Truchon c. Procureur général du Canada decision and the creation of Bill C-7, “MAiD Together: A Communal Voice” decided to create a brief to be submitted to the Minister of Justice, The Right Honourable David Lametti. The brief supports various aspects of the revisions to Bill C-14 through the adoption and endorsement of Bill C-7. In particular, Alex believed it was important to have the “foreseeable death” clause removed from the law. She felt so strongly that she requested that her personal story and petition to the federal government be included in their brief. The following was submitted on her behalf along with three other personal stories in late January 2020.

I am a 27-year-old woman with a 7-year-old autistic son and a loving fiancée. I’m chronically ill and live in uncontrolled, unremitting pain every day. I suffer from multiple physical and mental health issues and have since I was diagnosed with Type 1 Diabetes when I was 13 years old. Due to complications from my diabetes, extensive neuropathic pain, gastroparesis, pelvis inflammatory disease and Chiari Syndrome, I have zero quality of life. I need a pancreatic transplant, but I’m too ill to receive one and have been removed from the transplant list. I am slowly starving to death because the gastroparesis and diabetes have made it impossible for me to keep enough food down to allow my body to thrive. I constantly fight infections and abscesses all over my body. I drift in and out of consciousness for unknown reasons. My weight has dropped dangerously low and I am at risk of a slow, painful death. I have no hope left.

My family are loving and supportive, each in their own way, but I recently decided to request a MAID assessment. Some members of my family are vehemently opposed to my decision for religious reasons, and have put pressure on me continue to look for treatments. As a last resort, my medical team have arranged for me to be institutionalized for 6 months to a year, in order to attempt to help me find solutions to the horrific medical challenges that I face every day. This is such a difficult journey for my young son, who misses his mommy, my devoted fiancé and in particular, me, parted from those I love the most – my pillars of love and support. I see this as my last chance to recover even a small part of my life. 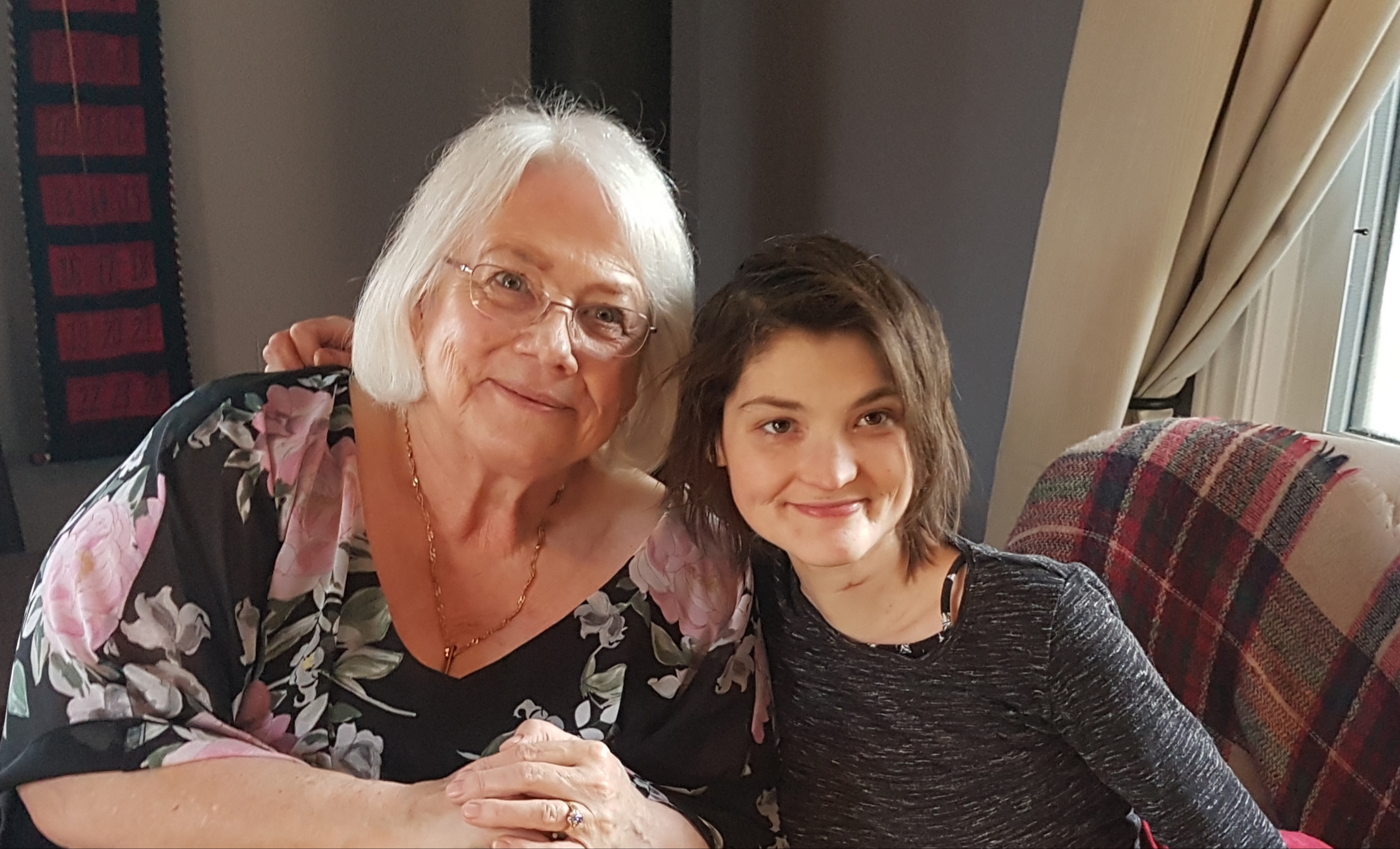 Alex and her mother-in-law Liana

I don’t know if the medical team can bring my health back to some degree of normal or if I will even qualify for MAID, should this last ditch effort fail. I have had enough. I don’t wish to suffer any more, if nothing further can be done – if I continue to experience zero quality of life. No one should have to live like this. No one! I ask that you please support the Quebec Superior Court in Truchon c. Procureur général du Canada decision and remove the “foreseeable death” requirement from Bill C-14. I have precious little dignity in the life I live now. If all else fails, then perhaps I will qualify for a death with dignity, at the time and place of my choice.

A letter of thanks and acknowledgement was received from The Minister of Justice’s office on May 8th, in response to these submissions. Alex was thrilled that her story had played such an important part in the group’s contribution.

Early this spring, Alex began to move forward with her desire for a MAID procedure. She was constantly reminded that this was her choice alone and no one could participate in the decision-making but herself. She discussed it with her doctor and her partner’s family. All concerned acknowledged her human right to make this end-of-life choice. Her partner’s family offered her unconditional support. Her doctor offered her an additional treatment option, which she pursued (she mentions this in her letter to David Lametti). Unfortunately, it was not a sustainable option and, as a result, her condition reverted to its previous state within weeks, with dire results. Alex’s maternal family was never able to support her desire for a medically assisted death — a death with dignity that would have ended her years of intolerable suffering. It was what she wanted above all else, as she attests to in her story and letter. Their vocal criticism reduced her to tears and made her fearful. Alex then began to discuss her intention to pursue VSED (Voluntarily Stopping Eating and Drinking). Her weight had already dipped below 80 pounds and her death was imminent. 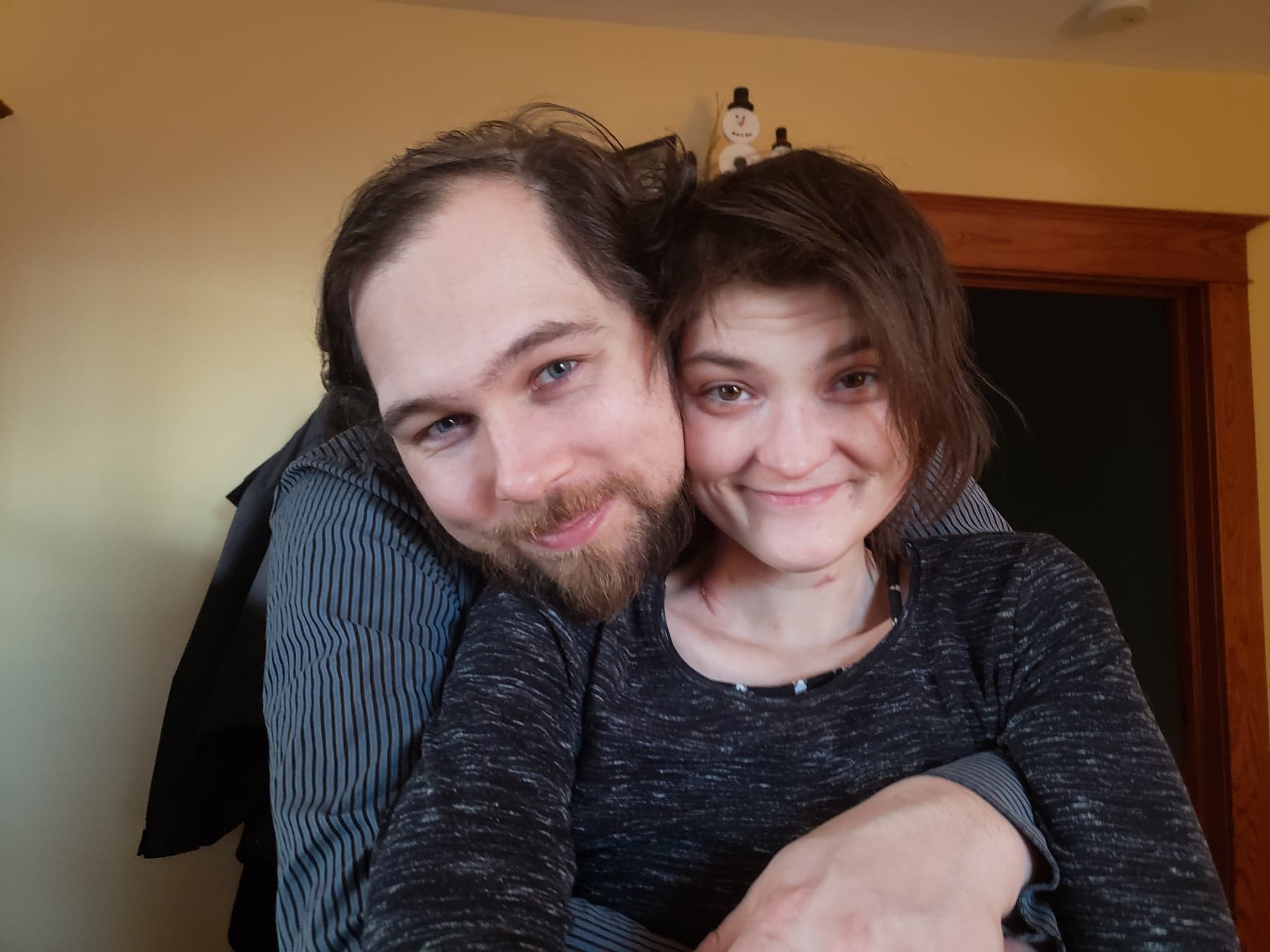 Her suffering had increased dramatically. Alex drifted in and out of consciousness, experienced excruciating uncontrollable pain, hallucinations, and frequent bouts of vomiting. Mercifully, after discharging herself from ICU where she had been offered comfort care, Alex died at home, in the middle of the night. Tragically, this was not the death she wanted.

Alex wanted everyone to know that it was their human right to request medical assistance in dying in Canada. She wanted young people to know that this medical procedure, used to alleviate unnecessary pain and suffering as life draws to a close, was an option they alone could choose.