An ice cream truck, eight-foot giant Star Wars cut outs, an exhibit tour of photos, awards, quotes and party bags with chocolate, seed to feed the birds and a bookmark I designed that read, “Your life is made of two dates and a dash, make the most of the dash.”

Before my husband died, I set forth on a mission to try and let love be louder than grief and to remind myself that his suffering was ending. Together we picked out an urn; an engraved ammo can because he was a firearms expert and before cancer, he spent his down time at the range as much as possible.

My husband was in emergency services and witnessed countless people suffering and experiencing tragedy. He would often say, “there are worse things than death.” It was an uncomfortable statement for me that I never quite understood until our lives changed with his own illness. He was diagnosed with Glioblastoma brain cancer. While recovering from surgery, he had a massive MCA stroke. He came home two and a half months later not being able to walk, stand, talk, read, write, in diapers and in need of a gastric tube. He required total care. It was devastating and traumatic. Our lives turned upside down in the blink of an eye. In a complicated and broken home health care system, I quit my job to take care of him. He required care 24/7 and could never be left alone. While he was able to gain some speech back as the months went on and had the G-tube removed, he was left with many deficits and little quality of life. His comprehension and intelligence were intact, and he was acutely aware of everything. He was essentially trapped in a body that was no longer working with the ability to only say a few words.

When two areas of concern showed up a year later through brain scans, along with increasing headaches and seizures, I was told he was going to die, yet none of the doctors spoke to us about medical assistance in dying (MAID). I hope for a day when the conversations around MAID are common practice with doctors. I knew that my husband wouldn’t want to suffer so I asked my husband a question that no one would ever want to ask someone they love. That question was, “Do you want to die?” He was able to say, “Yeah.”  I asked him if he wanted me to get the information on medical assistance in dying and he said, “Yeah.”

I attempted to advocate for him to be assessed for MAID and was immediately told because he couldn’t read, write or request it himself, he could not be assessed. I later found out that was not true. Through the support of Dying With Dignity Canada, I was given some suggestions on how to keep advocating for him. I have a background in crisis counselling and advocacy, and I knew that I had to dig deeper in the system to be heard. It wasn’t a simple process for his situation. It should be part of practice when someone is diagnosed with a terminal illness that they be given the information about MAID and other health care options. There was a systematic panic of not knowing how to deal with his particular case and disabilities, while ensuring that MAID assessment protocols were being followed. I had to spend a lot of time wearing the hat of an advocate, with very little time or support to process that my husband was going to die. MAID is a unique experience and I fully support allowing someone to die with dignity, but that didn’t mean the thought of him being gone wasn’t painful. My husband had already suffered enough, and he wanted to die before the Glioblastoma completely took over his brain. He was finally assessed and approved for MAID.

The week before my husband died, he was showing signs of decline. He was experiencing short-term memory issues and he forgot about his MAID provision on the day of. When I reminded him that he went through the process of being assessed for medical assistance in dying to allow him to die with dignity, he remembered and smiled at me, put up his one working arm, flexed his muscles and said, “Yes!!!” with such pride and empowerment. Being approved for MAID did not take away days, it took away a horrible ending. We don’t know how much longer he had. We don’t know if he was going to have another stroke, lose what little ability he had left to say the few words he had or lose the function of the only side of his body he had. All these things are very common with the end stages of Glioblastoma brain cancer. When my husband was assessed, he was asked if he wanted the option of waiting a while and then given palliative sedation. He did not want that. I also have very strong views on palliative sedation and find it quite interesting that there is an ongoing debate about MAID, yet palliative sedation is so widely accepted without question as a standard. I would rather see my husband die the way he wanted to, while he was still relatively well, so to speak, than to be sedated and sit by and watch him slowly die while his organs shut down from no food or water. MAID is more humane in my opinion.

While I navigated through my own healing and grief, I felt the call to become part of the community that identifies the need for and importance of supporting individuals through MAID with compassion, understanding and shared experience. I am part of an organization supporting individuals going through MAID, as well as their families pre-MAID and post MAID in their grief. MAID grief is disenfranchised grief. It doesn’t fit the usual grief elements. Having to process that someone you love is choosing to die and knowing the exact date can be complex. You can be both devastated and support your loved one’s choice to die at the same time.

What my husband went through changed me in so many ways. One of those ways was how I viewed death and dying. I used to fear death and even conversations around dying. Having death touch you so closely at a younger age like this, you see that we are not entitled to a long life and can die anytime. I have become death positive and have started to take my own mortality very seriously. Things that I never considered before, like what am I leaving for others to have to deal with, making sure someone knows my wishes and having a plan in place for when I do die one day. I can only hope that when my time does come, that I have the privilege to die with dignity like my husband. 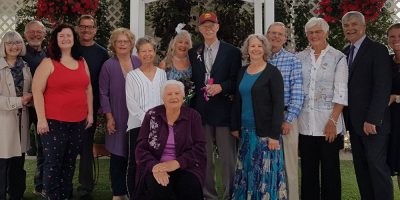 Donna and Ian McArthur married in 1975. They both had fulfilling careers as high school teachers and have been strong advocates for advance… 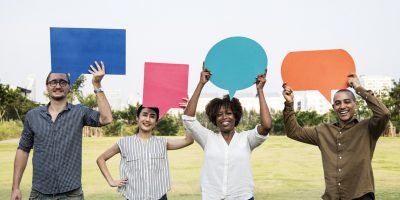 Having the talk: Conversation starters for advance care planning

Having the talk: Conversation starters for advance care planning 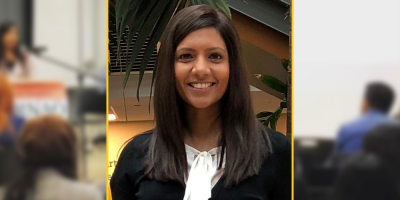 Caroline Variath is a Registered Nurse and a PhD candidate at the University of Toronto, Ontario. She views death as an inevitable part of…