Adam’s story: “The toughest of all places”

Home / Personal Stories / Adam’s story: “The toughest of all places”

In August 2017, B.C.’s Adam Ross fulfilled his choice to die with dignity — the last option left to free him from a prolonged, untreatable pain condition. He died alone, without anyone’s assistance, taking care to minimize the burden on the people he loved. His story reveals how much work still needs to be done to ensure that Canadians have fair alternatives in the face of unbearable suffering.

Adam Ross chose a warm and starry night at the end of August to free himself from the pain. Alone on a bench in Vancouver’s Lighthouse Park, he took in the view laid out before him. The spot he had chosen was secluded, at a cove overlooking Burrard Inlet.

He lit two candles, sent his sister a text that she had known would one day come, and felt the sensation of the night air on his skin for the final time. Then, he carefully breathed in a substance that — painlessly — released him from his body and the relentless suffering that had been his reality for seven years.

Despite the daily agony he endured due to his chronic pain condition, Adam would not find solace in Canada’s assisted dying law because, at 37 years old, his natural death was not “reasonably foreseeable.” Like far too many Canadians, Adam had to die alone, without medical assistance and without his parents and four siblings at his side.

Adam’s life and his departing letter remind us of the gains our movement still has to make to ensure fair, equitable access to assisted dying. While thousands of suffering Canadians continue to be abandoned by our laws, Dying With Dignity Canada presses forward. 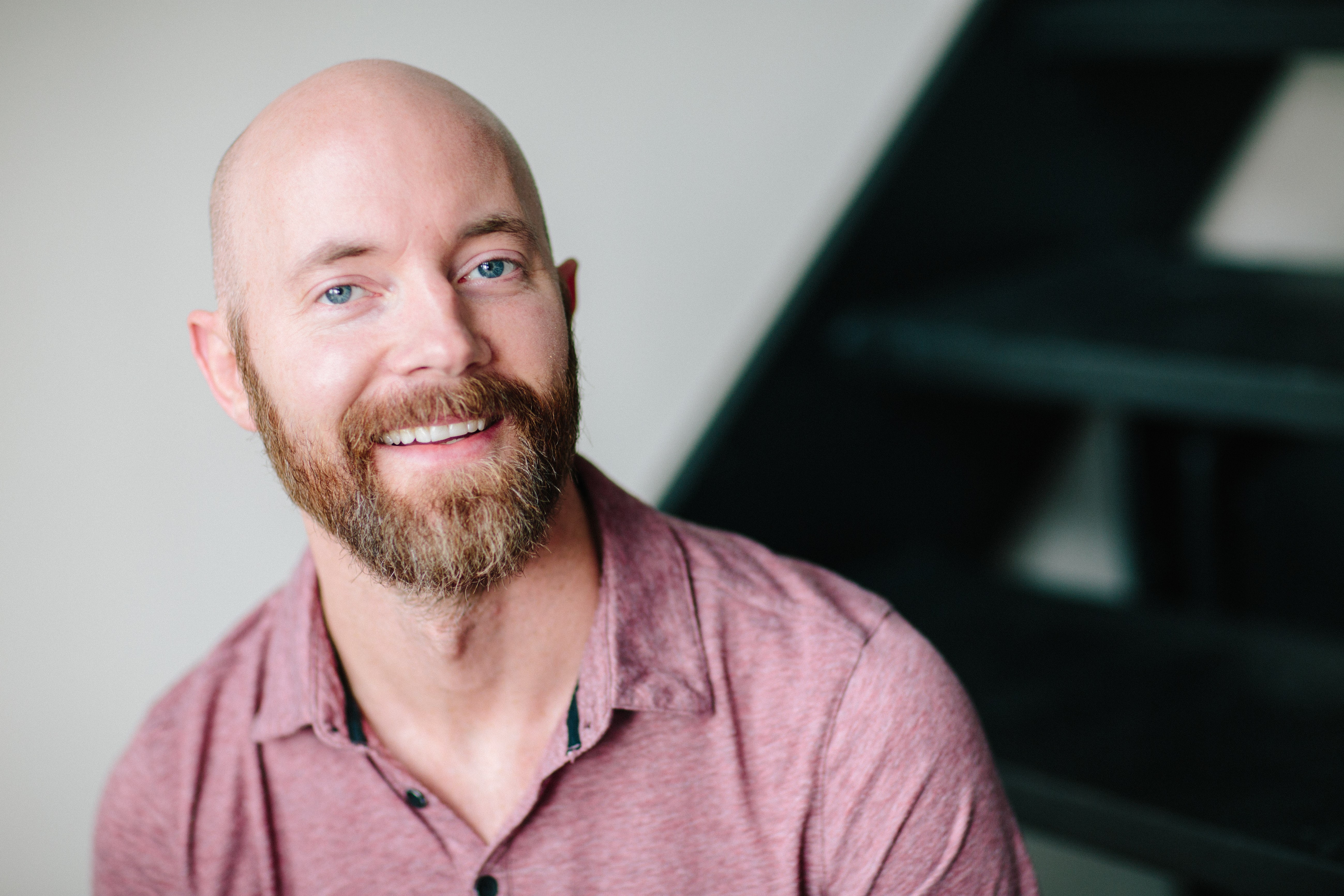 Adam came into the world on June 13, 1980, on the heels of his twin brother, Paul. In his youth, he was a risk-taker with a steely stubbornness, who once insisted on hopping a freight train to Vancouver for a weekend of fun with buddies. He grew to become a thoughtful, articulate and deeply intelligent man, with an infectious sense of humour. Throughout his life, he went to tremendous lengths to take care of his physical and mental health, choosing to eat well and stay active. But above all, he cared deeply for the people he loved.

“He was a person who listened very well and always contributed in a meaningful way,” Adam’s father, Brian, says. “He developed such lasting and deep friendships with many people from many walks of life. It was amazing.”

Following his first career in the electrical trade, Adam pursued a Bachelor of Science degree at Thompson Rivers University. His studies helped him discover his purpose and passion: becoming a dentist.

“[Adam’s mother] Anne and I, knowing how hard it can be to get into dentistry schools, once asked Adam what his Plan B was. His response was, ‘There is no Plan B.’”

Adam’s brother remembers how, “when Adam put his mind to something, it got done, whether it took one day or 10 years.”

Adam accomplished his goal, graduating with honours from the University of Toronto’s Faculty of Dentistry. But already, Adam had been struck by a devastating twist of fate. While using physiotherapy exercises in an attempt to correct some shoulder and postural problems he was experiencing, he suddenly sustained a traumatic upper cervical injury that would shape the next seven years of his life. It was 2010.

‘Left with a choice-less choice’

In his final letter to his family and friends, Adam writes about the injury: “It felt like a fire had been lit at the base of my neck on the left side and all the muscles of my neck and upper back were in spasm. The pain was like nothing I had ever experienced in my life and I knew something terribly wrong was going on inside of me.”

Adam’s first diagnosis was chronic myofascial pain syndrome, characterized by deep, aching pains and knots in muscles that would worsen over time. Despite the debilitating daily pain Adam now endured, he “continued to try to lead the life [he] had worked so hard to achieve.”

Meanwhile, he was doing everything he could to understand and alleviate the pain. Chiropractic work, physiotherapy, intra-muscular injections and other interventions at pain clinics — as well as many courses of different medications — would prove unsuccessful.

Adam left his dental practice in January 2016. He was hopeful that his condition would improve once he relieved himself of the physical stresses of dentistry. But no relief ever came. He developed a rare condition called cramp-fasciculation syndrome, which caused uncontrollable cramping and twitching in the muscles of his arms and legs. Adam’s quality of life had diminished to the point where he was unable to carry out any form of exercise and was confined to his couch for many hours of the day.

“Adam’s chronic pain mediated every moment of his experience. This made it almost impossible for him to derive pleasure from the normal, natural aspects of daily living,” explains his eldest sister, Sally. “He was finally left with a choice-less choice.”

It was likely in 2016 when Adam began to seriously contemplate his own death. He considered travelling to Dignitas in Switzerland, but was ultimately put off by the amount of paperwork and travel involved, and the uncertainty surrounding his eligibility.

That same year, Canada passed its own assisted dying law, Bill C-14. But where there was uncertainty about Dignitas, there was no uncertainty around Canada’s law: Adam would not qualify at home. Because his natural death was not “reasonably foreseeable,” he knew the option of dying with the help of a clinician was off the table. 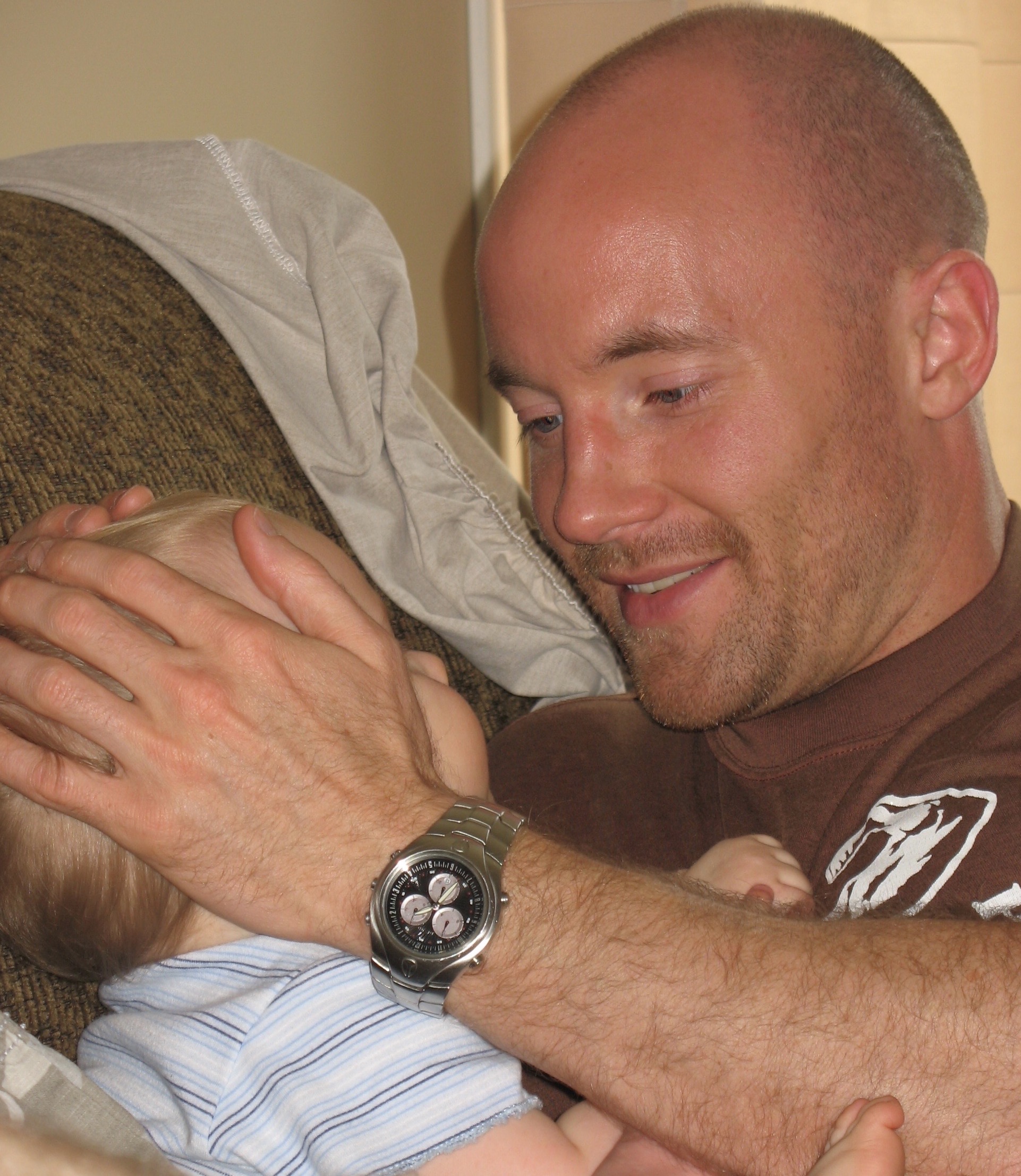 Adam with his firstborn nephew. (Courtesy of Sally Ross)

Adam watched with interest as other Canadians began to speak out: B.C.’s Julia Lamb launched a constitutional challenge to the law, while Ontario’s Adam Maier-Clayton publicly advocated for the end-of-life rights of Canadians whose primary underlying medical condition is psychiatric.

“My brother once shared with me his agreement with Adam Maier-Clayton’s point that people with certain diagnoses are in a privileged position under the law,” Sally reveals. “In the face of the diverse ways that complex pain or disease manifest, medical science and our healthcare systems are not equipped to help in every case, or even ease the burden enough for many sufferers to the point where they can cope.”

When Adam Ross eventually made the decision to let go of his body, it was one he did not take lightly. He worked compassionately to try to help his loved ones understand why this was his only option. He wanted them to trust that he had done everything he could to save his life.

“Adam was very conscientious of not dying before we all were connected in some way with him and his decision,” Anne shares. “He was extremely thoughtful, courageous and brave.”

“Adam didn’t want to hurt anyone or cause us sorrow,” Brian adds. “I think that’s probably why he struggled for so long.”

Adam considered every detail of his planning in a manner that radiated integrity. One of the paramedics who had been sent to recover the body later expressed how touched the team had been by the degree of Adam’s care, diligence and self-respect.

Adam’s prior work to mitigate the shock could only go so far in preparing his family members and friends for the unfolding grief and loss. “He knew and verbalized how hard this was going to be on us,” Anne says. “You never want to think about someone having to die on their own. It was so traumatizing for us.”

Adam’s family hopes that his story and death will help drive much-needed change in Canada and lead more people to contemplate the rights of individuals with chronic pain or less well-understood medical conditions. They also wish to bring attention to the unfairness of an assisted dying law that excludes many Canadians on the basis of their diagnoses.

“Adam’s dying process would of course have looked very different for him and our family if the larger context of his ‘pain journey,’ as he called it, would have allowed for help from a physician in the final stages,” Sally affirms. “After all reasonable and appropriate medical treatment has failed to alleviate a person’s prolonged suffering, what are the next humane steps we can take to best support the reality of such a brutally difficult journey?”

Anne and Brian — both longtime DWDC supporters — know that sharing their son’s story would be important to him. “He would have liked to have seen this dialogue happen in our society,” Anne says.

In his final letter, Adam articulates his love for life and the people he cared for, the personal peace he had come to in his choice, and his deep regret for the sadness his death would cause. “My pain has allowed me to understand what truly matters… Unfortunately, the miracles I witness each day are not enough for me to choose to endure this much pain… I don’t want to die, but to be free of the pain that I am condemned to live with, I have no other choice… The toughest of all places in the world to be.”

He continues, “Of course, I imagined dying in a different manner, as it should be our right to choose when and how we would like that process to go, especially when you live with unbearable incurable pain that will not take you from this world naturally. But, like so many other aspects in this life, the human race has far to go in this regard.”

Then, true to his thoughtful nature, Adam encourages us with the gift that death can offer to those open to embracing the opportunity: “Nothing brings people closer than loss,” he concludes. “So be closer.”

Dying With Dignity Canada thanks the Ross family for sharing their story with Canadians.