A death before MAID

In July 2015, my wife Lori returned to Minneapolis to visit her children and grandchildren. We had married exactly ten years earlier, in July 2005. She moved with me to Cranbrook BC, where we made a good life together. I was the Anglican priest in this small city, and Lori immersed herself in the life of the church, working with children and youth, two of her deep passions. She had a profound effect in the lives of the children of the church, so much so that word got out and more young people wanted to be part of her youth group. Life was good, and we celebrated the ways in which we were able to serve our church and our small city.

About a month into her visit, I received a phone call from Lori’s son. She was having some difficulties. He was afraid she might have had a stroke, but she was refusing to go to hospital. I told him to get her to the hospital as quickly as possible, regardless of her protests.

The next day, in a conference call with the doctors and her children, I learned that the MRI showed a glioblastoma, a brain tumour. Their initial conclusions were that the tumour was inoperable, but further tests were needed.

After further conversation, we agreed to fly Lori home for further tests to determine next steps. An air ambulance brought her to the Kelowna General Hospital, which is a six hour drive from Cranbrook. Tests showed that the tumour was growing quickly, that there was no treatment to remove it, and that any treatment would only prolong her life for a few weeks, with a great deal of discomfort.

Thankfully, Lori and I had talked two years earlier about our desires should we receive such a diagnosis. We agreed that DNR orders would be in place, and that we would take no heroic measures.

Honestly, it was easier to talk about this kind of thing in the abstract. As we faced the reality, we wondered about our earlier decision. We agreed that we had made the right decision, and Lori was flown home in early September to the East Kootenay Regional Hospital in Cranbrook. After a month, she was moved to the care centre at Joseph Creek, where she received the care she needed to remain comfortable.

She was home, and a large number of people would visit with her, read to her, sit with her. The Hospice movement provided a volunteer to help care for Lori. My congregation encouraged me to take as much time with Lori as I needed to take, and to take time for myself as well.

All of this happened nine months before MAID was legalized in Canada. Many times, we both asked our doctor for a large dose of morphine or something else to help Lori slip quietly away. Of course, he could not give us what we both desperately wanted.

Lori would tell me repeatedly, “I feel like I’m losing small bits of myself every day.” She felt diminished. She had lost any sense of agency in how she could live her life. We wept together. We prayed together. We sat together in silence. We were given time to say goodbye to each other.

Finally, in mid–December, four months after she was diagnosed, she fell into a coma, and died two weeks later, New Year’s Eve, about an hour before the new year.

I so desperately wish MAID had been available for us. I’m glad now that others no longer have to face the loss of agency and dignity as we did, and as a result I have become a strong proponent of MAID. 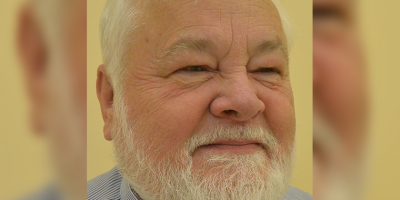